Accessibility links
Washington Politics Adding To Mental Health Crisis Among Farmers Suicide rates among farmers are higher than any other profession in the United States, even exceeding the suicide rate for veterans. 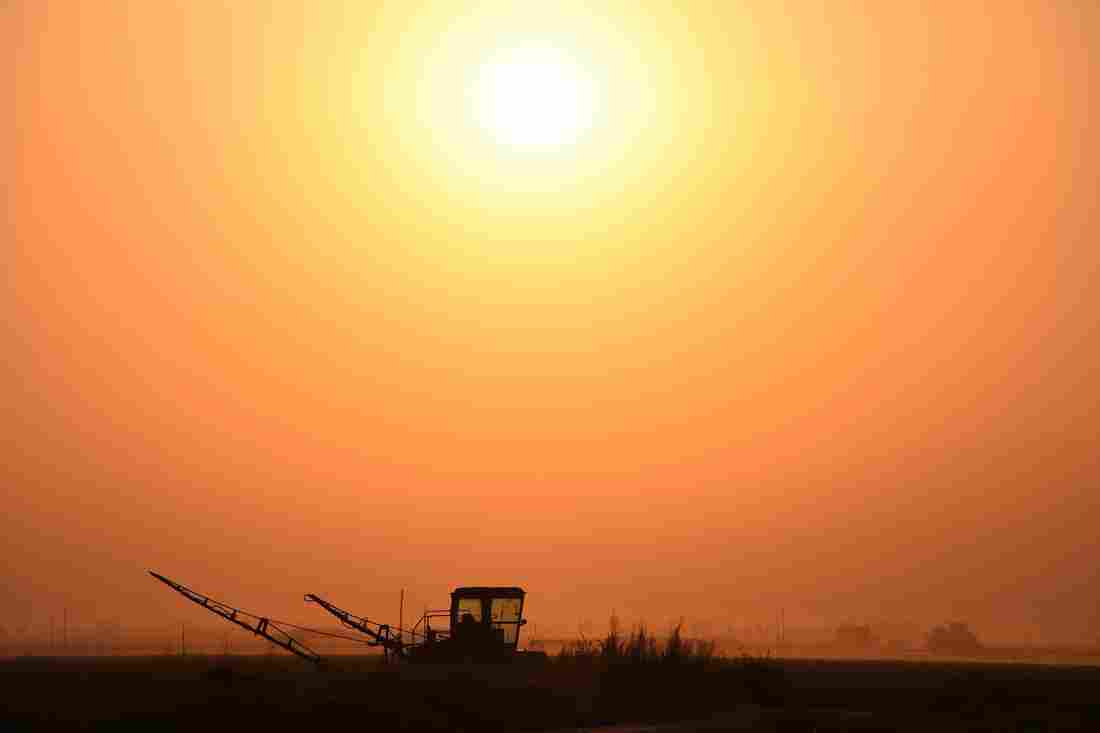 Farm equipment is parked in a field near Bakersfield, Calif., in a 2016 file photo. Congress is attempting to craft a new quadrennial farm bill that covers both agriculture programs and the Supplemental Nutrition Program, also known as food stamps. Robyn Beck/AFP/Getty Images hide caption 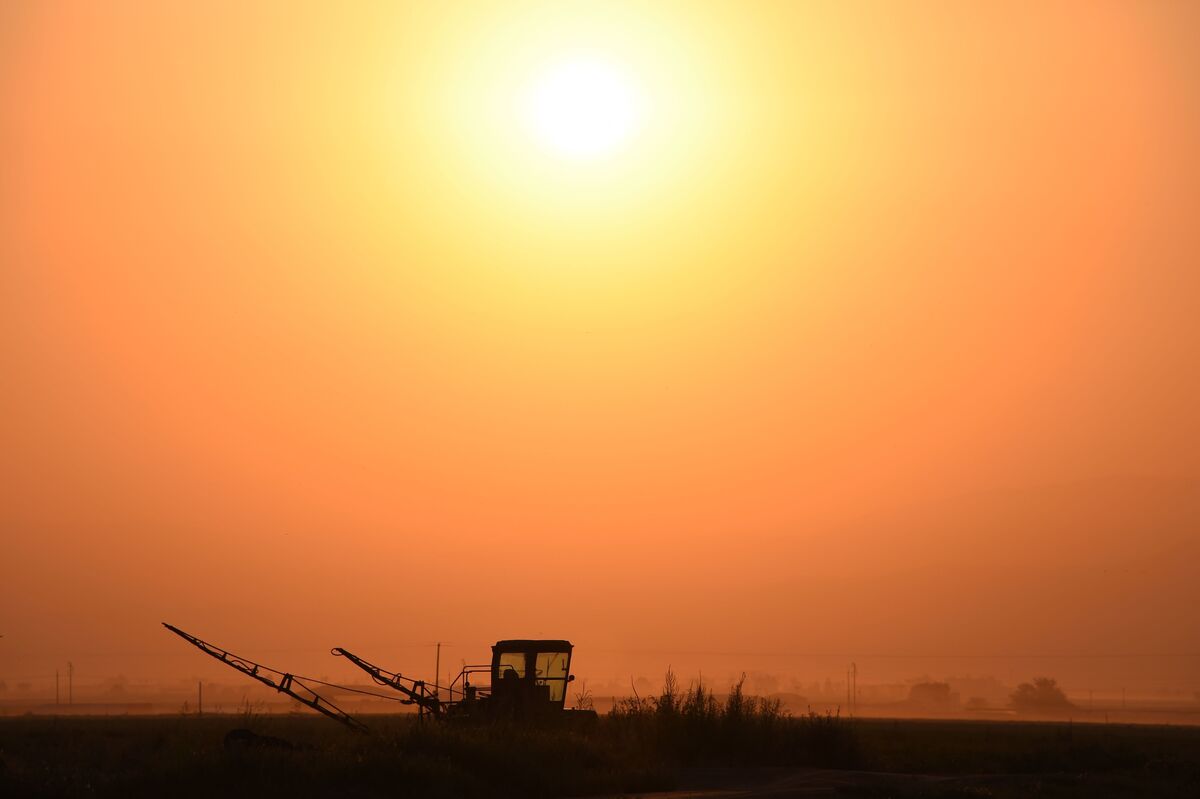 Farm equipment is parked in a field near Bakersfield, Calif., in a 2016 file photo. Congress is attempting to craft a new quadrennial farm bill that covers both agriculture programs and the Supplemental Nutrition Program, also known as food stamps.

Suicide rates among farmers are higher than any other profession in the United States and now some experts and Senators worry Washington politics could be making farmland stresses even worse.

The House is set to vote by Friday on a controversial farm bill that includes major changes to work requirements for people on food stamps. The issue is dividing Republicans and Democrats and threatens to undermine support for the bill in Washington. Now farmers fear the bill, which includes safety net programs to keep farmers in business in bad economic times, is at risk because of the unrelated fight.

Bob Worth, a soybean farmer in Minnesota, said the frustration is growing in rural America.

"It bothers me a lot that they can play games with other parts of the bill that has nothing to do with farming," Worth said in an interview from inside his tractor while sowing soybeans on his farm. "We need the safety net, we need our exports, we need a lot of things that are created and somewhat destroyed in Washington, D.C. So yeah, it is a big concern for us what's happening in Washington today."

Economic stress and suicide are deeply personal issues for Worth, who runs a family farm with his son. He has personally seen the toll that low crop prices and an unstable future are taking on farmers.

"I've had a couple of good friends that have taken their life," Worth said in an interview from inside his tractor on planting day. "And it's all financial."

Worth said farmers are closely watching the news in hopes they'll see signs that things will improve.

For the past several years, farmers have seen uncontrollable factors like droughts and storms and commodity prices threaten their livelihoods. In recent months, President Trump's trade policies have added fears of a trade war with China, the loss of friendly trade agreements and instability around the farm bill to the list.

The string of political shifts have shaken farm country. Matt Purdue of the National Farmers Union say the instability comes at a time when farmers are already in crisis.

Purdue and other experts say the farm economy operates in a unique bind. Crops and livestock have extremely tight profit margins, in part because commodity markets are vulnerable to outside forces like weather and politics.

It all comes at a time when the U.S. Department of Agriculture is projecting net farm income could fall to a 12 year low. Those slipping prices have meant existing crop insurance programs, which guarantee farmers a minimum price for what they plant, aren't helping to keep farmers solvent.

The current farm bill was passed four years ago when crop prices were higher and farmers were faring better. That bill is set to expire at the end of September. Although many of the programs would continue even if Congress fails to act, the lack of a long-term bill would create further uncertainty for farmers as they begin to plan for the next planting season and apply for loans to put crops in the ground. 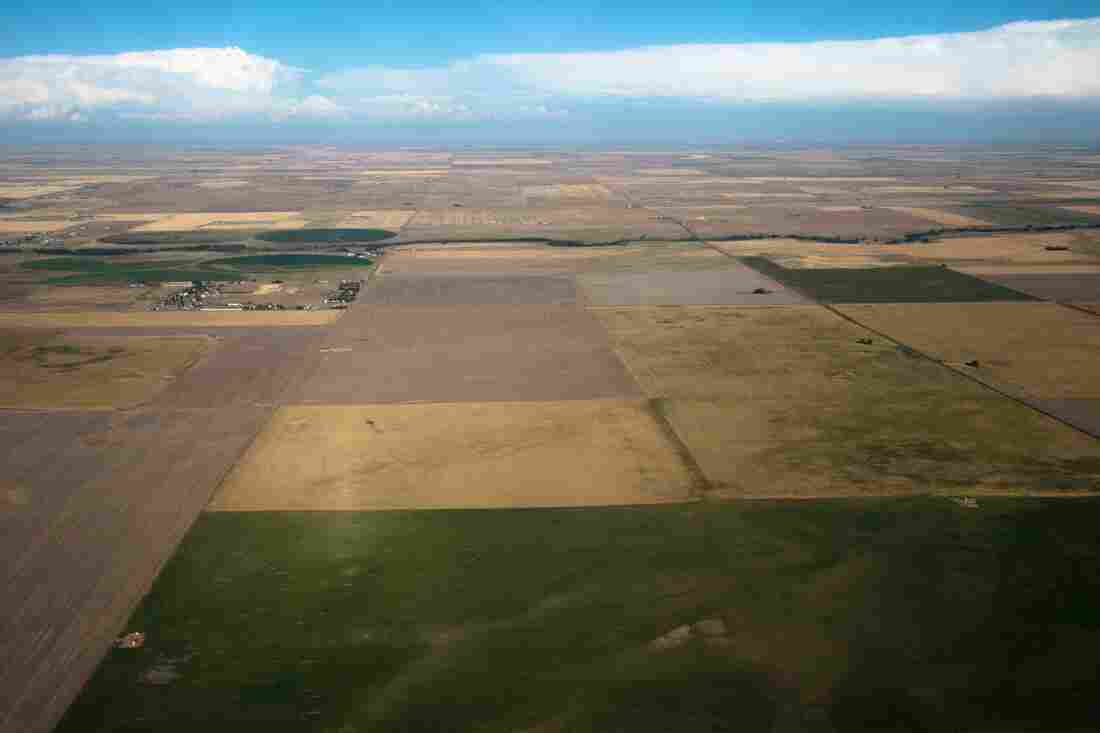 A file photo of farmland near Denver in 2016. Robyn Beck/AFP/Getty Images hide caption 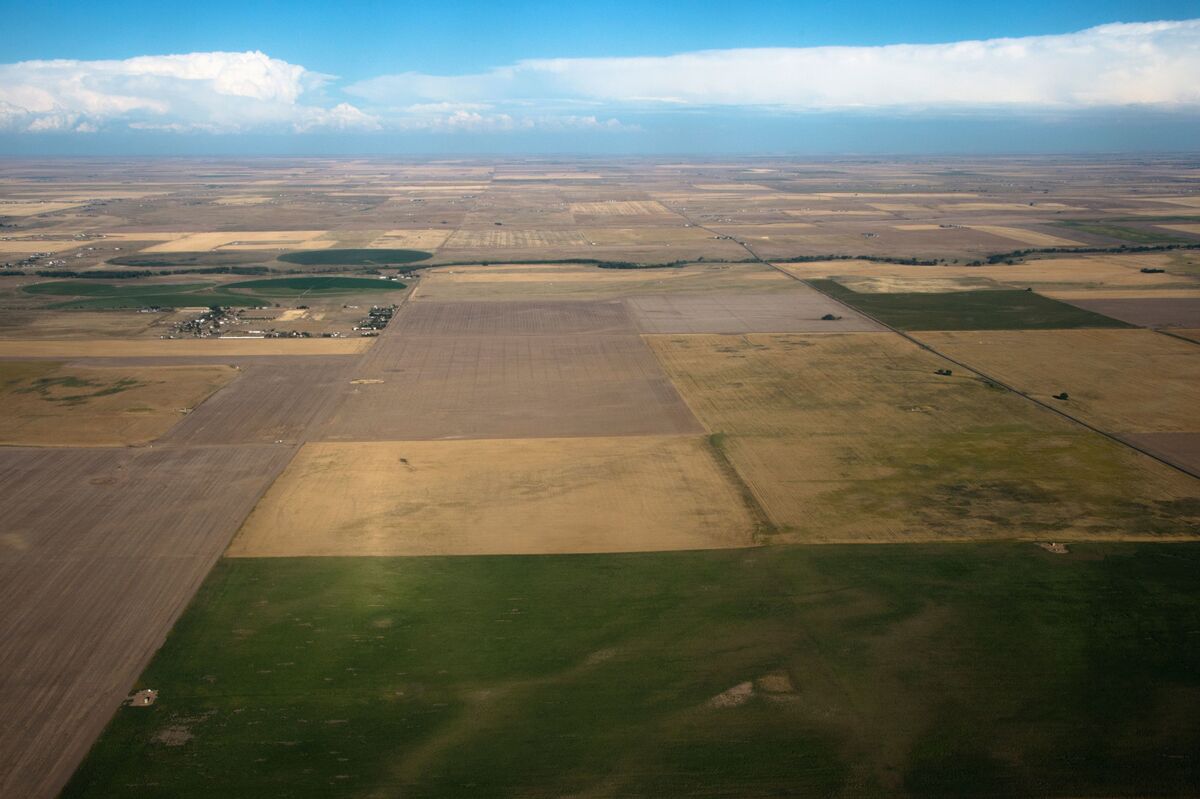 A file photo of farmland near Denver in 2016.

"The safety net which we have in the farm bill right now, which really helps farmers make ends meet during stressful times, is inadequate," Purdue said. "A lot of farmers are concerned that without improvements to that safety net, they're not going to be able to continue their operation."

Many of President Trump's farm state supporters in the Senate are starting to worry that the president's policies and the political fight in the House are taking their toll on farmers.

"A lot of these folks are really concerned and it's gotten to the point where in some areas there's been suicide hotlines that have now been established for more than a year," said South Dakota Senator Mike Rounds. "They want the president to succeed, they want him to be strong but they want to know what his end game is."

Farm Bill Could Undo Part Of The Affordable Care Act

Rounds said farmers are generally big supporters of President Trump. But he said many are scared about the future and the stress and financial pressure in his home state of South Dakota may be causing the worst farm crisis since the 1980's.

"They still want to know what are you going to do with the farm bill," Rounds said. "Are you going to provide us with protections in the farm bill so we know that if we are hurt by the negotiations with regard to tariffs with China, is there something that is going to be able to get us by."

Those fears have senators like Rounds and Senate Agriculture Committee Chairman Pat Roberts frustrated that Republicans in the House are insisting on picking a fight with Democrats over food stamp funding in the farm bill.

"This farm bill means everything — more especially crop insurance," Roberts said. "There are too many questions unanswered right now. That's why we need to bring certainty and predictability so at least farmers can say, 'well at least I know I have that.'"

Roberts is working with committee Democrats on a bipartisan bill that he hopes to release in the coming weeks. And he's told Trump how critical the Farm Bill programs are in his home state.

Republican Senator John Thune says he hopes Trump and the rest of Washington realize the stakes.

"People are getting a little panicky out there," Thune said. "I think it's an issue the administration needs to pay careful attention to because if they get it wrong it could complicate an already very serious economic crisis in agriculture."

Farmers like Worth are certainly paying attention. He said he talks about politics with his friends now and they worry a lot about what's going on in Washington.

"You know, rural America really did elect President Trump and as of today, we're not mad at him," Worth said. "He's done a lot of great things for us. He created some he's also created some hardship for us too."