Accessibility links
Review: On Her New Album, 'Tell Me How You Really Feel,' Humanity Is Courtney Barnett's Superpower The Australian songwriter's new album charts an internal landscape that holds anger and compassion in equally stunning measure.

On 'Tell Me How You Really Feel,' Humanity Is Courtney Barnett's Superpower

On 'Tell Me How You Really Feel,' Humanity Is Courtney Barnett's Superpower 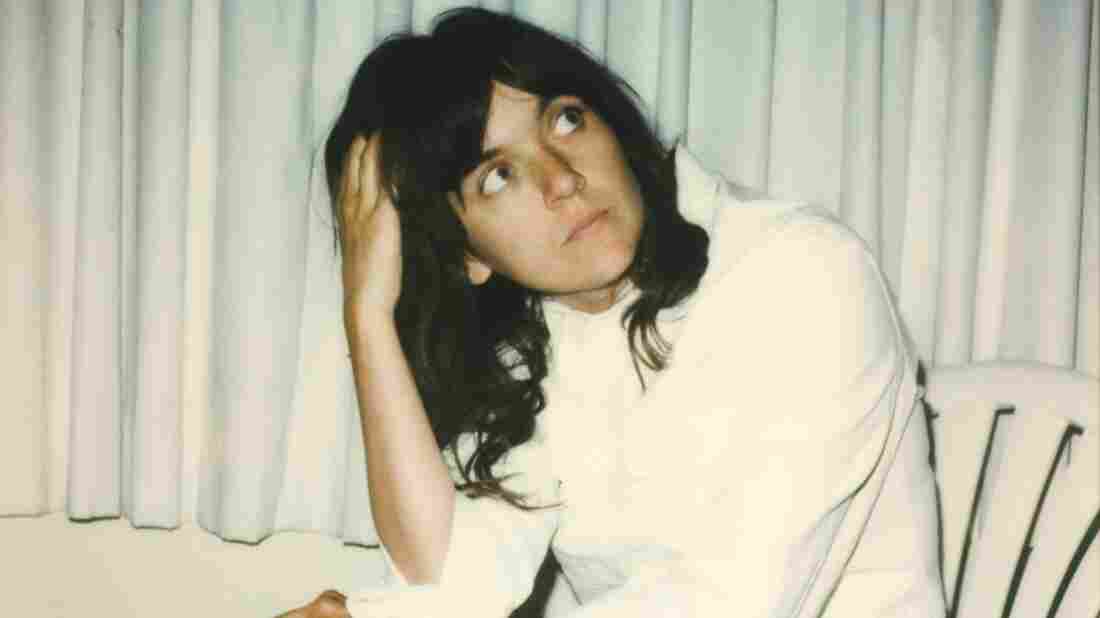 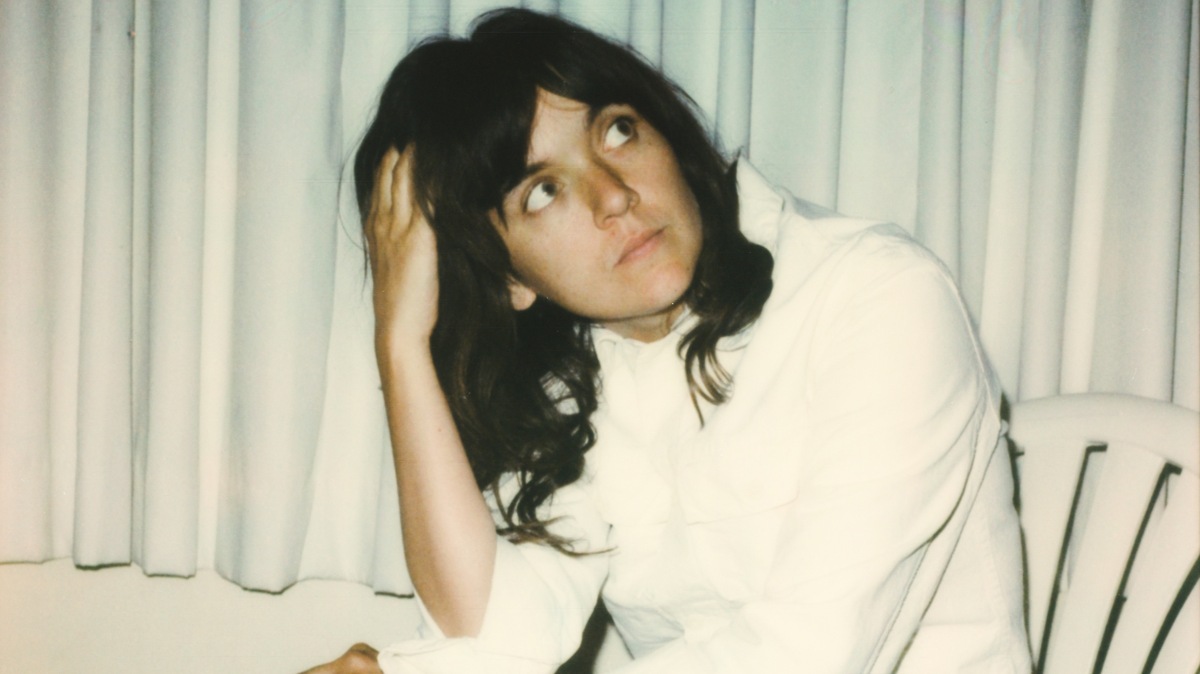 I don't remember exactly where I was the first time I encountered the phrase, "Men are afraid women will laugh at them; women are afraid men will kill them." But I remember how the idea, based on words originally written by Margaret Atwood, made me feel: I remember nodding, then burning up, then laughing. It's a perfect set-up, making you expect a trite men-are-from-Mars, women-are-from-Venus gag before gutting you with mortal fear. It's not really a laughing matter, the specter of male violence women live with constantly. But the idea that our most tangible and persistent fear could be facing mockery? Now that's a good joke.

That kind of emotionally wrought humor, the kind that draws you in with its humanity but hinges on an unexpected twist, is at the core of Courtney Barnett's music, and especially so on Tell Me How You Really Feel, her new album. Like Atwood, Barnett knows the power of a change in direction, and her songs usually leave their listeners in a very different place from where it found them. Tell Me's first single, "Nameless, Faceless" opens with a direct address to an Internet troll: "You sit alone at home in the darkness / with all the pent-up rage that you harness / I'm real sorry / 'bout whatever happened to you." In Barnett's trademark deadpan delivery, the lines sound both like derision and sympathy. But the either/or becomes moot once the song churns to its chorus, which comprises Atwood's quote about men's and women's fears. The sunny guitars gain a punk crunch as Barnett focuses squarely on the fear of death by patriarchy, a fate from which no amount of sarcasm nor compassion can save a woman.

Stream 'Tell Me How You Really Feel' 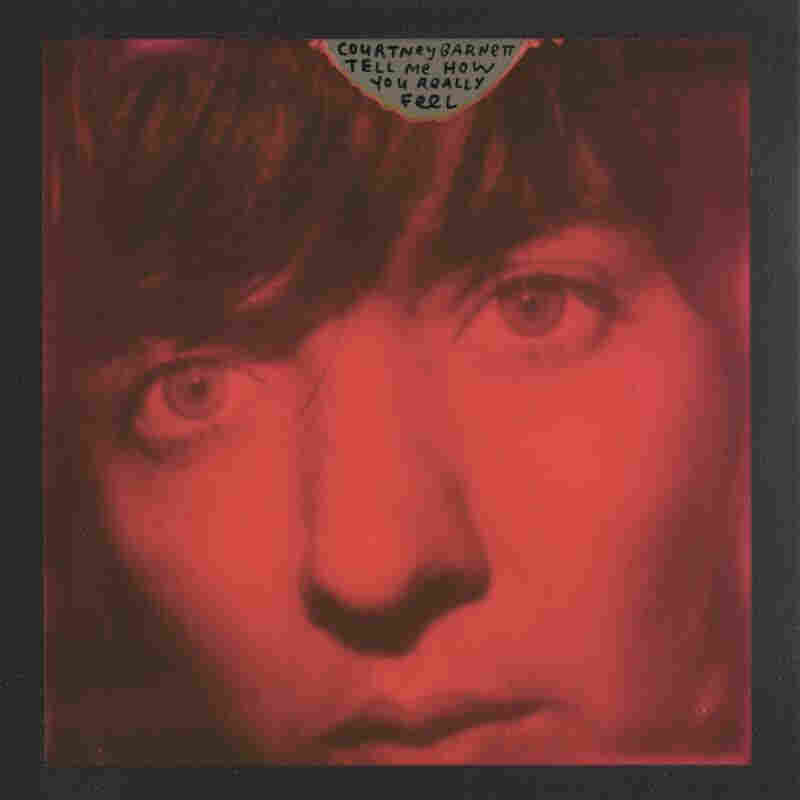 Tell Me How You Really Feel (Mom+Pop, 2018) Courtesy of the artist hide caption

This type of pivot defines Barnett's songwriting; her lyrics can craft entire lives from precise, intimate details, then seamlessly reveal their emotional resonances to dizzying effect. Barnett's earlier work — her critically-beloved 2015 album Sometimes I Sit and Think, and Sometimes I Just Sit, and her double EP A Sea of Split Peas — was celebrated for its quirky, intricate narratives: punkish prose poems about Barnett and her friends that feel fun even when they focus on gentrification, ambivalence and anaphylactic shock. Tell Me, meanwhile, turns inward: It picks apart darker emotions and anxieties in the same way Barnett's earlier songs plotted meticulous storylines. The impression is decidedly less fun, and stronger for it. (No longer packing as many words as possible into her scene-setting means Barnett also crafts stronger, more elegant vocal melodies across the album.) It's an honest album mired in loneliness, burnout and, as one song title puts it, "Crippling Self-Doubt and A General Lack Of Confidence." "Your desperation stinks" she sings on that song, "I never feel as stupid as when I'm around you." "Waking up to another dismal day / You got a ways to go, you oughta be grateful," she warns someone — perhaps herself — on "City Looks Pretty." The album's midpoint, "I'm Not Your Mother, I'm Not Your Bitch" is pure disgust: You can hear real rage in Barnett's usually low-key voice as she laments, "I tried my best to be patient but I can only put up with so much s***!"

While Barnett's rage on Tell Me How You Really Feel seems to be borne of exhaustion, her kindness is borne of effort — a commitment to compassion despite weariness. She has long brought a tenderness to the characters at the center of her stories, bemused by their behavior but believing them worthy of careful inspection all the same. On Tell Me, the shift away from narrative and towards emotional landscapes means this compassion is often spelled out more directly. On the album's opener, "Hopefulessness," she sings, "Your vulnerability / Stronger than it seems / You know it's okay to have a bad day." "You don't have to pretend you're not scared / Everyone else is just as terrified as you," she sings on "Charity."

Barnett's attention to quotidian experiences means she often revisits similar topics from song to song, and comparing her approaches can provide a lesson in the consequences of committing to compassion. On 2015's "Nobody Really Cares If You Don't Go To The Party," she sings with ambivalence about social obligations: "Yes I like hearing your stories, but I've heard them all before / I'd rather stay in bed, with the rain over my head, than have to pick my brain up off of the floor." But on "Sunday Roast," which closes Tell Me, Barnett has come around: "Keep on keeping on / You know you're not alone / I know all your stories / But I'll listen to them again." Having witnessed Barnett's earlier indifference and seen the full extent of her anger on this album means this ending — this decision to keep listening, even when it's hard, if it might do someone else some good — feels quietly, but powerfully, instructive.

Barnett is never really preaching, though; she's just, like all of us, trying to make it through one trying day at a time. Each time I listen to "Nameless, Faceless," I change my mind about whether that first verse is meant as a sarcastic dig or a genuine statement of superhuman kindness. "Need A Little Time," a song that seems to be about Internet-fueled delusions of intimacy, prompts the same dichotomy for me, especially in its opening verse: "I don't know a lot about you but / you seem to know a lot about me ... I'm sorry that I lost my patience / You deserve better, it's true." I think it's both things, though, and I think that's the point. Empathy, while an admirable goal, is heavy; in the face of cruelty, sometimes turning a gruesome reality into a biting joke or transforming your bitterness into weary thoughtfulness is the best you can do to avoid becoming cruel yourself. Barnett excels at exhibiting both compassion and exhaustion at once, not so much masking one emotion with another but asking what it might look like to hold anger and love, fear and empathy, in our hearts in the same time.