Accessibility links
Royal Wedding Was Filled With Symbolism Of African-American History During his sermon at the royal wedding, the Most Rev. Michael Bruce Curry of Chicago, the first African-American leader of the Episcopal Church, spoke about the power of selfless, sacrificial love.

Listen · 6:02 6:02
Royal Wedding Was Filled With Symbolism Of African-American History 6:02 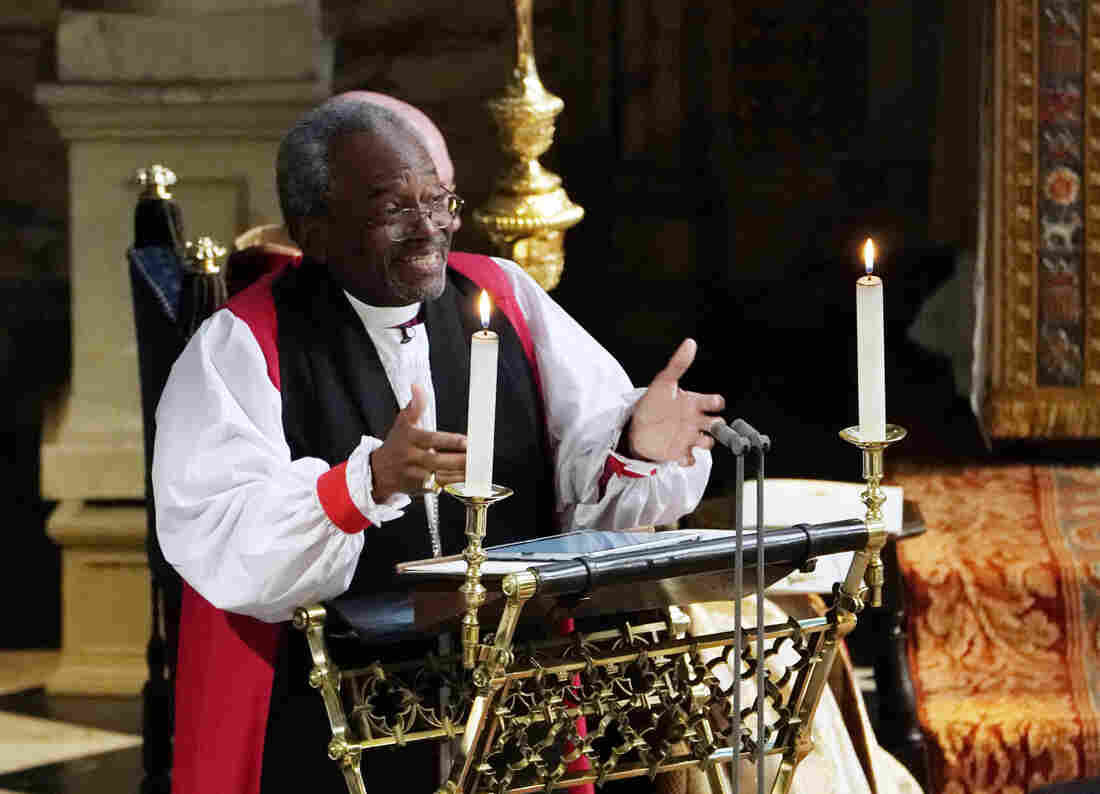 The Most Rev. Bishop Michael Curry, primate of the Episcopal Church, speaks during the wedding ceremony of Prince Harry and Meghan Markle at St. George's Chapel in Windsor Castle in Windsor. Owen Humphreys/AP hide caption 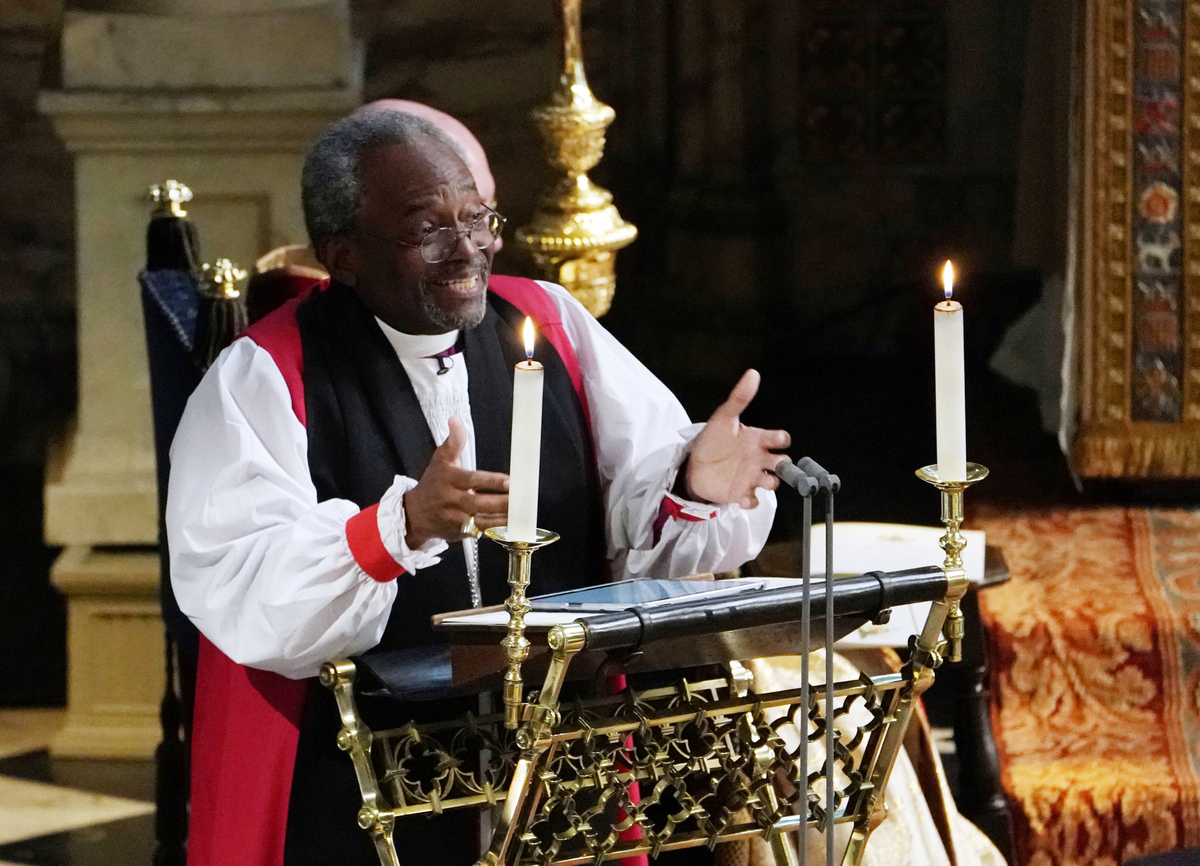 The Most Rev. Bishop Michael Curry, primate of the Episcopal Church, speaks during the wedding ceremony of Prince Harry and Meghan Markle at St. George's Chapel in Windsor Castle in Windsor.

The power of love was on full display Saturday as millions tuned in across the world to watch the royal wedding ceremony between Prince Harry and Meghan Markle.

While the couple, now the Duke and Duchess of Sussex, were the main focal point for the day of festivities, it can be argued that the Most Rev. Michael Bruce Curry of Chicago stole part of the show.

Curry, the first African-American leader of the Episcopal Church, started out by reading a biblical passage from the Song of Solomon and went on to quote Martin Luther King Jr.: "We must discover the power of love, the power, the redemptive power of love. And when we discover that we will be able to make of this old world a new world."

As Curry continued to speak about the power of love, he also referenced slavery and colonialism in the heart of British aristocracy and former empire.

While speaking with NPR's Weekend Edition, Curry says he took his cue from the royal couple, who selected the scripture.

After reading through the love poem, in which at one point a woman stops referring to the love between her and a man and instead talks about a greater love, Curry says he made a connection to King.

"I realized that that greater lover that the woman in the Song of Solomon was talking about was in fact what Jesus of Nazareth was talking about and Dr. King picked up his cue from Jesus of Nazareth," Curry says. "So the selection of Dr. King emerged out of that because I realized that that quote ... actually said it all, 'We must discover the power of love,' and that's how you make a new world."

Curry, who has long campaigned for social justice issues in the United States, talked about those causes, saying that when love is the way, poverty will become history. Both Harry and Meghan have a passion for humanitarian work that they plan to continue, including focusing on anti-poverty issues.

But Curry says the message wasn't just for those in attendance at the wedding.

"I hope it was a message for all of us, because all of us no matter our political persuasion, no matter our social class, beyond all of that we all are fundamentally, children of God, and that means we're part of God's human family if you will, Curry says. "That means that we're intrinsically related and that leads to a whole chain of cause and effect in terms of how we relate to each other in terms of how we relate to the world that God has given us."

He says that means that people, despite their differences, should treat each other as family.

"Family that loves each other. Family that cares for each other. And that has consequences and impacts for social, political and economic arrangements that's not necessarily, partisan, liberal or conservative," he says. "It means that we must always find ways to better the human condition, find ways to make a world where there's room and space for all of us."

Curry's address was one of many extraordinary moments that highlighted the Duchess' African-American heritage that also included a black gospel choir singing "Stand By Me," and 19-year-old black cellist, Sheku Kanneh-Mason, performing.

For many people of the color, the wedding was a symbol and seen as a message for those who have felt overlooked. Though Curry says he was aware of that, he says it was the royal couple who "wanted to send a message to the world about the impact of their love, and about the impact that love can have on the world."

A Royal Wedding With Global Allure: Our Photo Album

As for the love felt during the wedding, Curry says it was unmissable and that he and all those in attendance experienced, "two people who were deeply happy and joyful and profoundly in love with each other. You could see it in their faces, the way they looked at each other, the nonverbal communication between the two of them, it was just obvious."

"I mean their joy and love kind of put smiles on people's faces and so that makes all the difference in the world and it really did make a difference," he says.