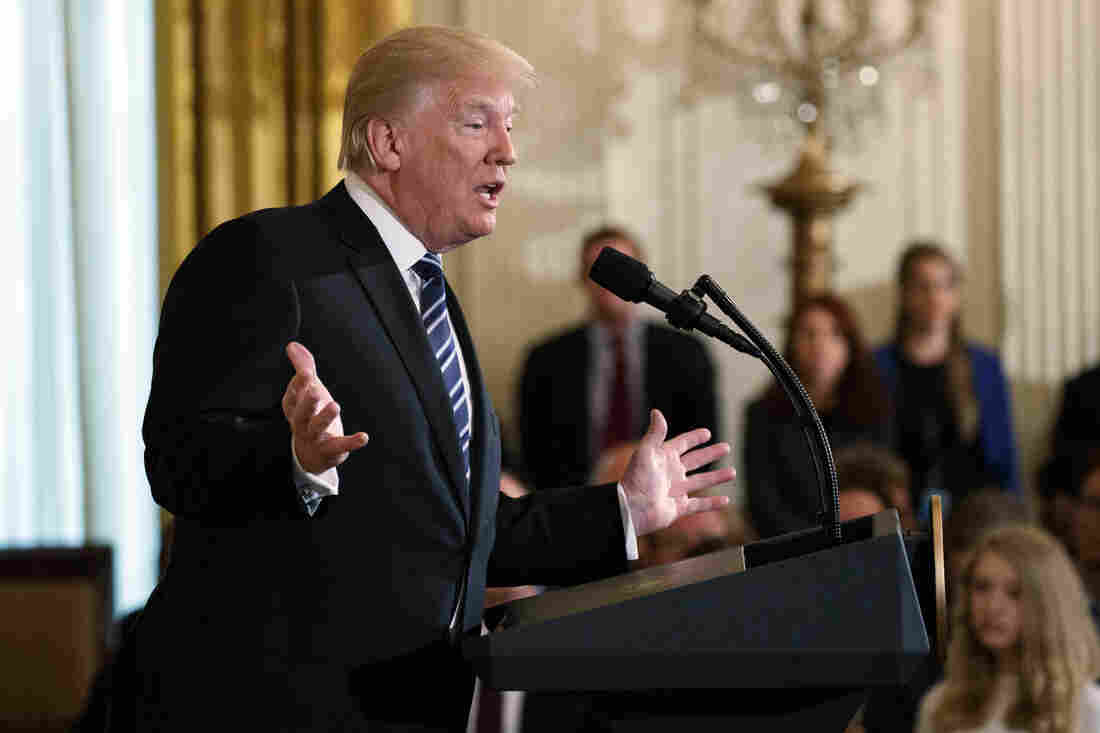 President Donald Trump speaks during an event on prison reform in the East Room of the White House on Friday. Evan Vucci/AP hide caption 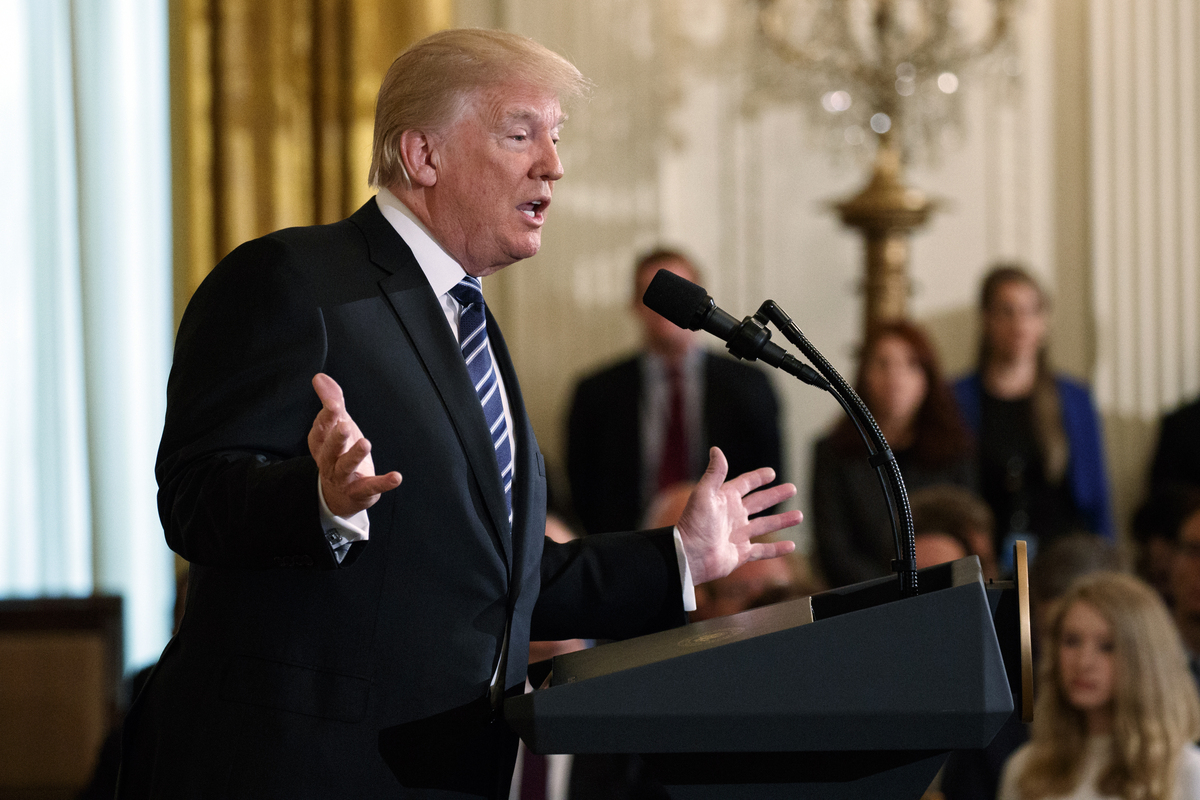 President Donald Trump speaks during an event on prison reform in the East Room of the White House on Friday.

When targeting his message to white evangelical voters, President Trump has often focused on traditional priorities for social conservatives, such as abortion and religious freedom. But in recent months another issue – criminal justice – has become a priority for Trump's influential group of evangelical advisers.

Several of them attended a prison reform summit at the White House on Friday, where President Trump told the audience, "America is a nation that believes in the power of redemption."

That idea – that redemption is possible, even in prison – is a central part of the Christian belief system, said Johnnie Moore, an evangelical leader and informal adviser to President Trump who attended the summit.

"I'm not sure that for a number of years it was sort of considered a political issue," he said in an interview with NPR. "It was more just an issue of justice."

Moore is among leading evangelicals who are supporting the FIRST STEP Act, which focuses on improving prison conditions for pregnant inmates, and offers a path to possible early release for prisoners who earn credits for good behavior. The plan does not tackle many of the larger goals of criminal justice reform advocates, such as reducing or eliminating mandatory minimums for non-violent drug crimes.

The bill recently cleared the House Judiciary Committee and is expected to receive a vote in the full House soon, but faces tough odds in the Senate. It's being promoted by Trump's adviser and son-in-law Jared Kushner, who has been instrumental in marshaling evangelical support for the plan.

Moore noted that evangelical churches have long been involved in prison ministries. But as the prison system has expanded, he said, they've seen the impact on the people they serve.

"The incarceration rate in this country is just insane," Moore said. "And because of that, most evangelicals, myself included, have a connection to the issue...we've seen it with our own eyes. And now's the time to speak up."

Another big factor that has brought more white evangelical congregations face to face with the prison system is the opioid epidemic, said Craig DeRoche, senior vice president for advocacy and public policy with the evangelical group Prison Fellowship. The group has been involved in discussions with the White House.

"It stopped becoming an issue of the people who have criminal justice involvement as being 'those people,' to, 'wait a second, I know these people,'" DeRoche said in an interview.

For decades, the most prominent evangelical voice calling for prison reform was the group's founder, the late Chuck Colson, a former Nixon administration official who served time after Watergate. DeRoche said the evangelical movement has evolved on the issue since Colson's time.

"A lot of people in the church didn't feel called as strongly to actually enter the debate over [criminal justice reform] like they did with as issues like abortion," he said.

Ralph Reed, a longtime leader of the Christian right, also supports the bill.

"This is really signaling something that's a fascinating and very little-noted phenomenon in American politics," Reed said, "...which is that the evangelical movement...sort of came into the process talking primarily about sexual morality, and now they're speaking to a much broader set of issues."

Some other religious groups and other prison reform advocates, including the National Council of Churches and the Jewish Council for Public Affairs, are opposing the measure, which they say doesn't go far enough.

Jesselyn McCurdy of the American Civil Liberties Union said she welcomes evangelical support for prison reform in principle, but worries the push for this legislation could squander an opportunity for more substantial reform. Among other concerns, she said the plan relies too heavily on releasing prisoners into halfway houses, which are underfunded.

Jesselyn McCurdy of the American Civil Liberties Union said she welcomes evangelical support for prison reform – but not for this bill. She worries about squandering what could be the only chance for awhile for significant change.

"Our concern is if we support this...we're leaving thousands of thousands of people behind in the name of a very quick, empty promise type of reform that won't result in many people actually coming home," McCurdy said.

Ken Blackwell, a longtime Republican activist who advised Trump's transition team and is among those advocating for prison reform, told NPR there are also disagreements within the conservative movement about how far to take criminal justice reform.

"It's the extent to which you look for a balance between the punishing dimension of a prison system for acts of wrongdoing, with the hope for rehabilitation and reform," he said.

Blackwell said he's optimistic that the President's involvement in the issue will help to overcome reticence from "law and order" conservatives about the prison reform proposal.