Accessibility links
Don Blankenship To Mount Third-Party Senate Bid After Losing W.Va. GOP Primary The convicted coal executive said he's running with the Constitution Party after coming in third in the GOP primary. But the decision to run after losing the primary is not legal under state law. 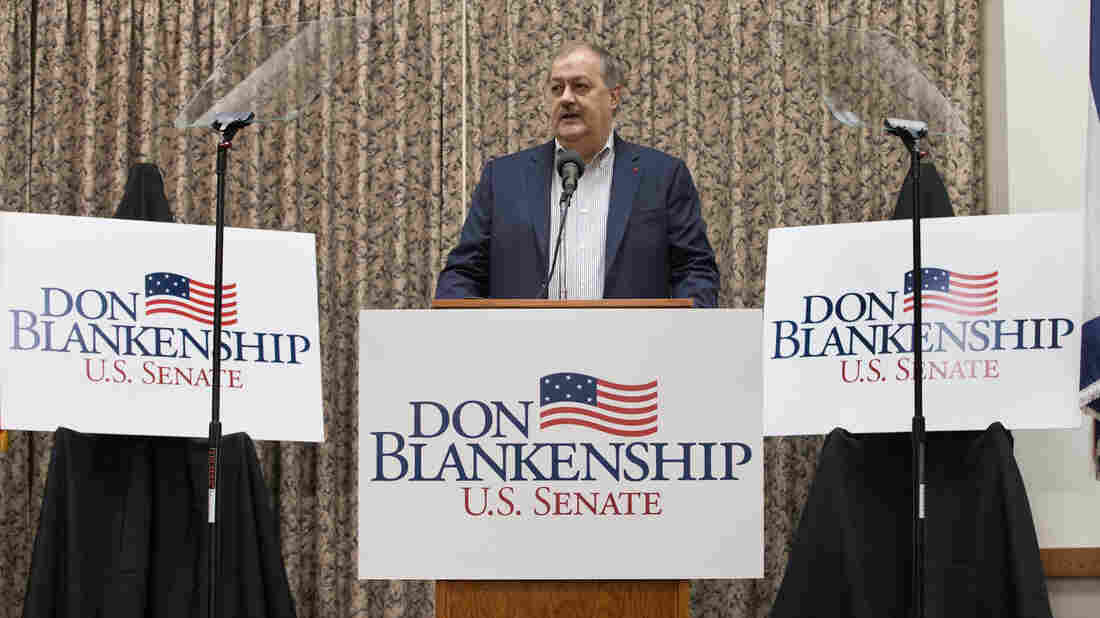 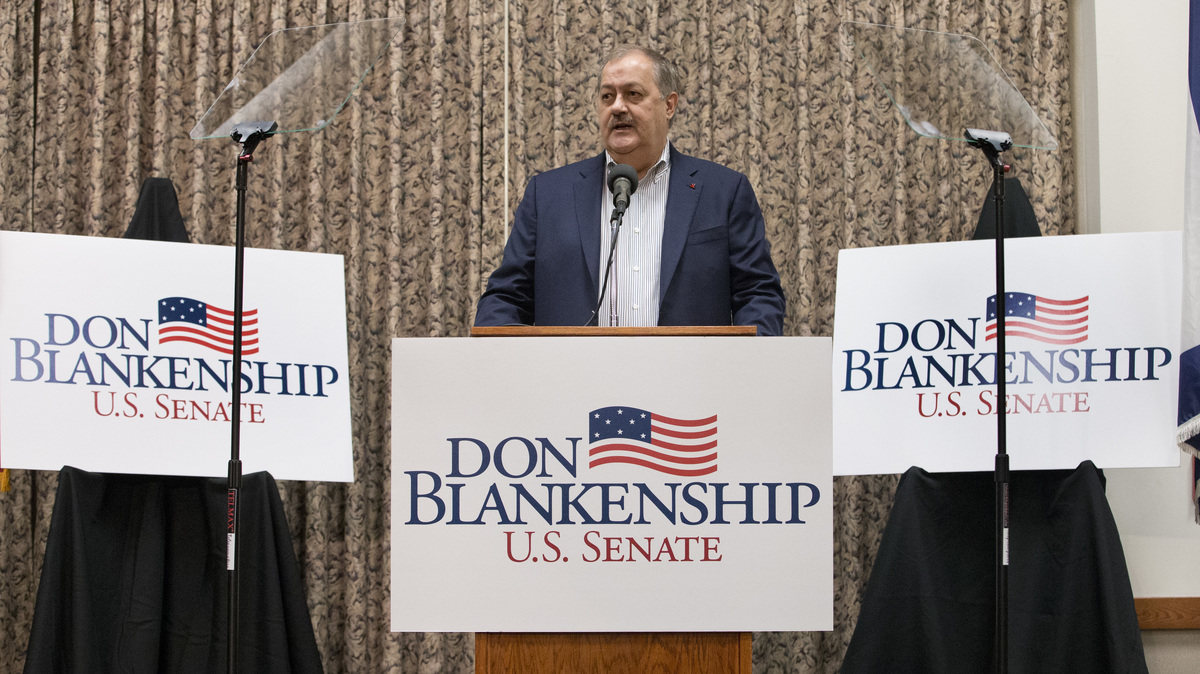 Former Massey CEO and West Virginia Senatorial candidate, Don Blankenship, speaks during a town hall to kick off his GOP campaign in Logan, W.Va., on Jan. 18, 2018. After losing the Republican primary, Blankenship says he'll run under the Constitution Party banner.

Don Blankenship lost his bid for U.S. Senate in the West Virginia GOP primary earlier this month, but now he's announced plans to mount a third-party challenge as a member of the Constitution Party.

It's a move that appears to violate state election law, but could seriously endanger Republican efforts to flip a Democratic Senate seat if Blankenship finds a way forward.

Blankenship has become a thorn in the GOP establishment's side. The former CEO of Massey Energy, who spent a year in prison for violating safety laws after an explosion at one of his mines killed 29 men, ran an primary campaign in which he took racially charged shots at Senate Majority Leader Mitch McConnell and insisted he was "trumpier than Trump."

Republicans Might Want To Run Away From Trump This Year, But Not In West Virginia

Blankenship even produced an ad attacking McConnell the week after the primary, continuing his attacks on the Senate GOP leader as "cocaine Mitch," which he formulated during the campaign.

West Virginia is a top target for Republicans, as it's one of ten states that President Trump won where a Democratic senator is up for reelection, in this case Sen. Joe Manchin.

In a statement Monday morning, Blankenship said he was nominated by a "unanimous vote" to become the Constitution Party's nominee.

He added, "This time we won't get surprised by the lying establishment ... The political establishment is determined to keep me—the most anti-establishment candidate in the nation—out of the United States Senate."

But despite's Blankenship's confidence, he will likely run into legal battles. West Virginia has what's known as a "sore loser law" that explicitly prevents primary losers from mounting third party challenges in the general election.

THE "SORE LOSER" or "SOUR GRAPES" LAW (W. Va. Code §§ 3-5-7(d)(6) and 3-5-23) Candidates affiliated with a recognized political party who run for election in a primary election and who lose the nomination cannot change her or his voter registration to a minor party organization/unaffiliated candidate to take advantage of the later filing deadlines and have their name on the subsequent general election ballot.

Blankenship could either mount a massive write-in campaign, or challenge the "sore loser" election rule, in which case the final decision will be up to the courts.

In his statement announcing his third-party bid, Blankenship suggested he's willing to take on a legal fight: "Although the establishment will likely begin their efforts against us by mounting a legal challenge to my candidacy, we are confident that—if challenged—our legal position will prevail, absent a politically motivated decision by the courts."

Blankenship finished third in the May 8 West Virginia primary, despite spending millions of dollars of his own wealth on TV ads to rehabilitate his image. Blankenship was seen as such a liability to the GOP chances of defeating Manchin, that the day before the election the President sent a tweet encouraging West Virginians to vote against Blankenship.

To the great people of West Virginia we have, together, a really great chance to keep making a big difference. Problem is, Don Blankenship, currently running for Senate, can’t win the General Election in your State...No way! Remember Alabama. Vote Rep. Jenkins or A.G. Morrisey!

Republicans are on offense in West Virginia, even though they appear more on defense nationally in the battle for the Senate. They've been optimistic about their odds of defeating Manchin in part because in the 2016 election. Trump carried the state with 69 percent of the vote. And to this day, the president remains popular. But a Blankenship bid from the right is a Republican nightmare that could end up splitting conservative votes and helping Manchin on Election Day.