Accessibility links
What Makes A Jazz Standard? Christian McBride of Jazz Night in America joins NPR's Audie Cornish with a few criteria for what turns a regular composition into a canonized classic. 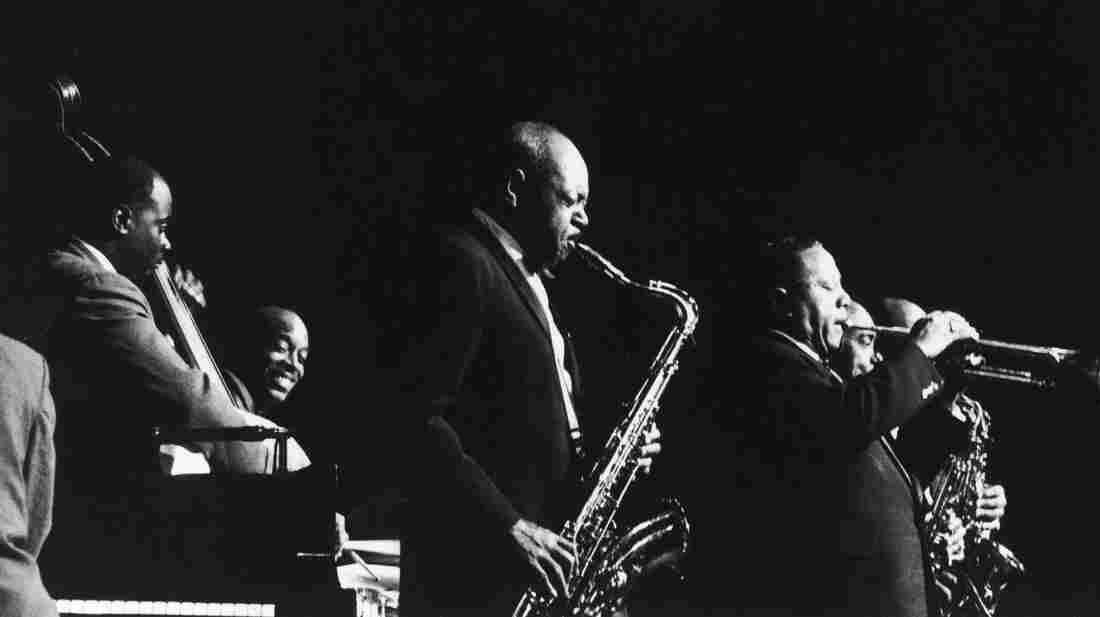 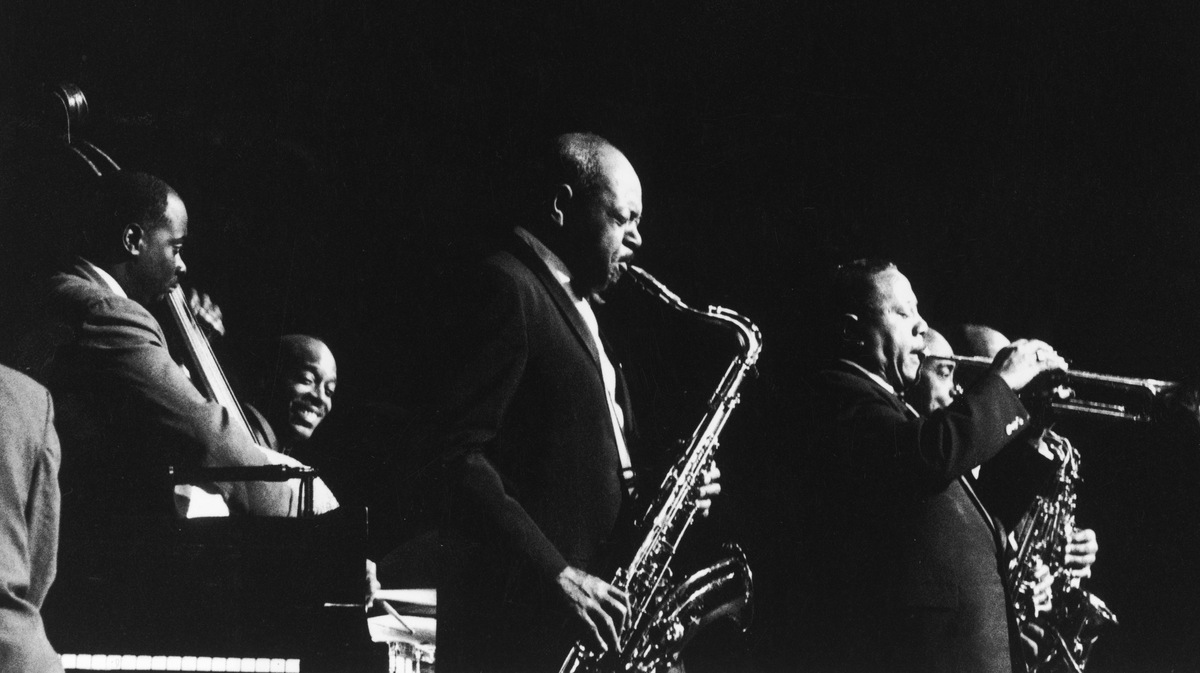 Saxophonist Coleman Hawkins and trumpeter Dizzy Gillespie in concert with the Cannonball Adderley Quintet in November 1960.

When does a pop song become canon — so influential, so durable, that it can be counted among the classics that make up the Great American Songbook?Christian McBride, bassist, record producer and host of NPR's Jazz Night In America, joined Audie Cornish on All Things Considered to discuss just how a jazz standard comes to be — as well the role those songs play in a young musician's development and the criteria for crowning new classics. Hear their conversation at the audio link.

On the ground rules for standards

The way a song becomes a standard in the first place is because many people record it. Coleman Hawkins recorded his version of "Body and Soul." It became a huge jazz hit and it became pretty much the standard for tenor saxophone playing. [But] I think a song has to be covered by a vocalist to become a standard, because people always connect with vocalist. So when people like Frank Sinatra or Ella Fitzgerald or Sarah Vaughan, when a vocalist gives their interpretation of one of these great modern standards, there's more of a chance of that song becoming a standard.

On interpreting the American Songbook

I think at some point inside of the last half century, there's been more focus, particularly in the jazz world, on original composition. There was a bridge between the Great American Songbook and modern jazz where you had the bebop era — where people like Charlie Parker and Dizzy Gillespie were covering standards in a very, very clever way. To get around paying royalties to these composers, they would take the harmonic progression of a particular standard and write a new melody on top of it. So you take a song like Charlie Parker's "Quasimodo" — that was actually "Embraceable You."

There used to be [an] unspoken law in the jazz world is that you had to know a significant amount of standards. Anytime any of these older jazz legends went out to hear some younger musicians and they would hear them play their music, they would say, "You know, that's great, but do you know 'Polka Dots and Moonbeams'? 'I'll Remember April'? 'Ill Wind'?" They would call these old standards, and if you didn't know them? "Hey kid, get back in the bullpen and practice." That was the way you earned your right to be a jazz musician.

On the case for a more recent standard

The last great standard, maybe, would have been "Birdland," which was composed by Joe Zawinul [for the band Weather Report in 1977]. I think I can guarantee that from the time that album was released through the 1980s, every single high school and college band played that song. And then Manhattan Transfer recorded it and it became an even bigger hit than it was when Weather Report recorded it. So yes, that song is definitely a standard.