Accessibility links
'Get Something That No One Else Has Gotten', Says Photographer Mark Seliger Seliger has made portraits of actors, rock stars and presidents. The challenge, he says, is to "create something that's never been done before." A new book collects images from his last 30 years. 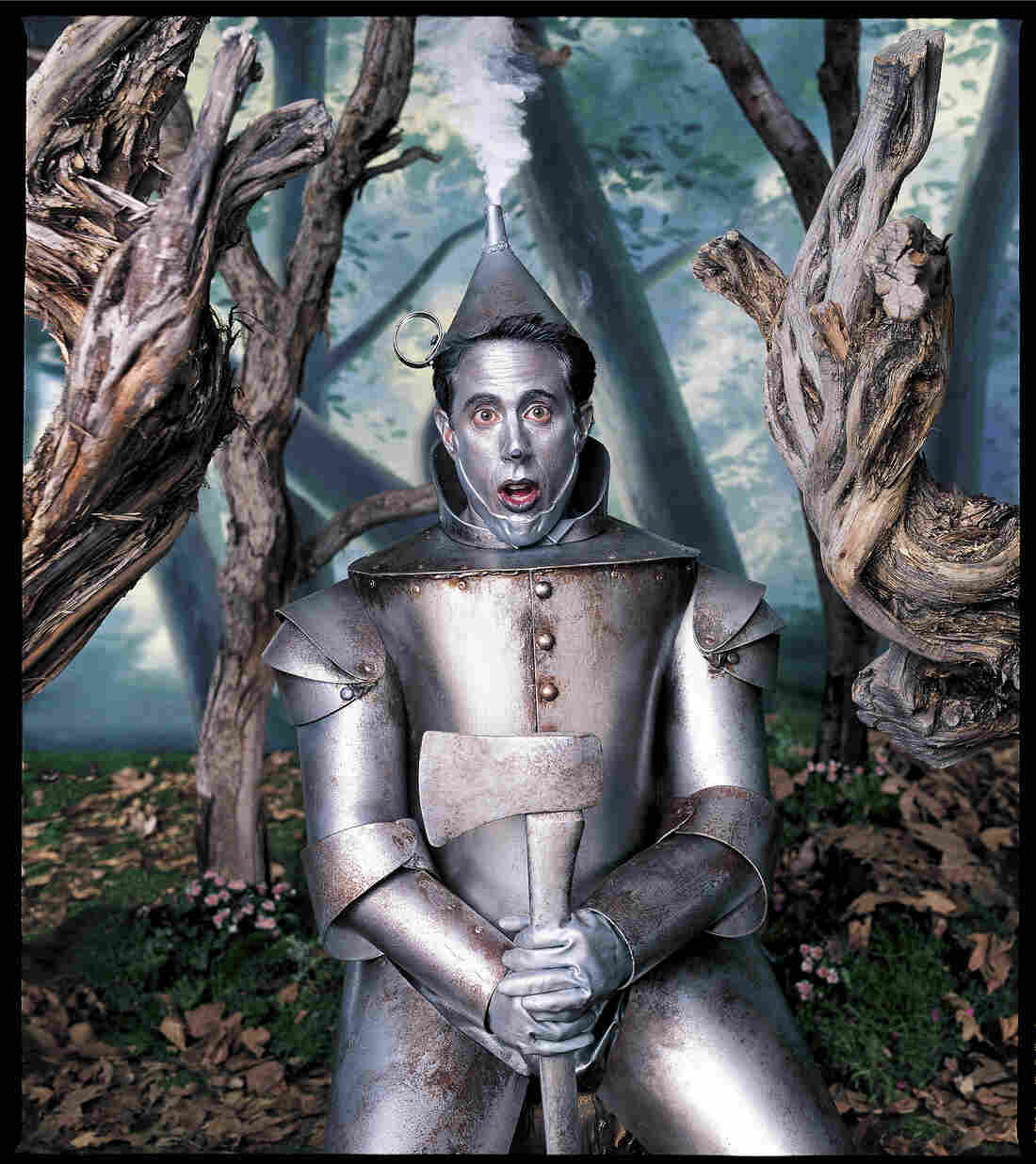 Mark Seliger says a sense of humor is what differentiates his portraits. Above, comedian Jerry Seinfeld as the Tin Man from The Wizard of Oz. Mark Seliger hide caption 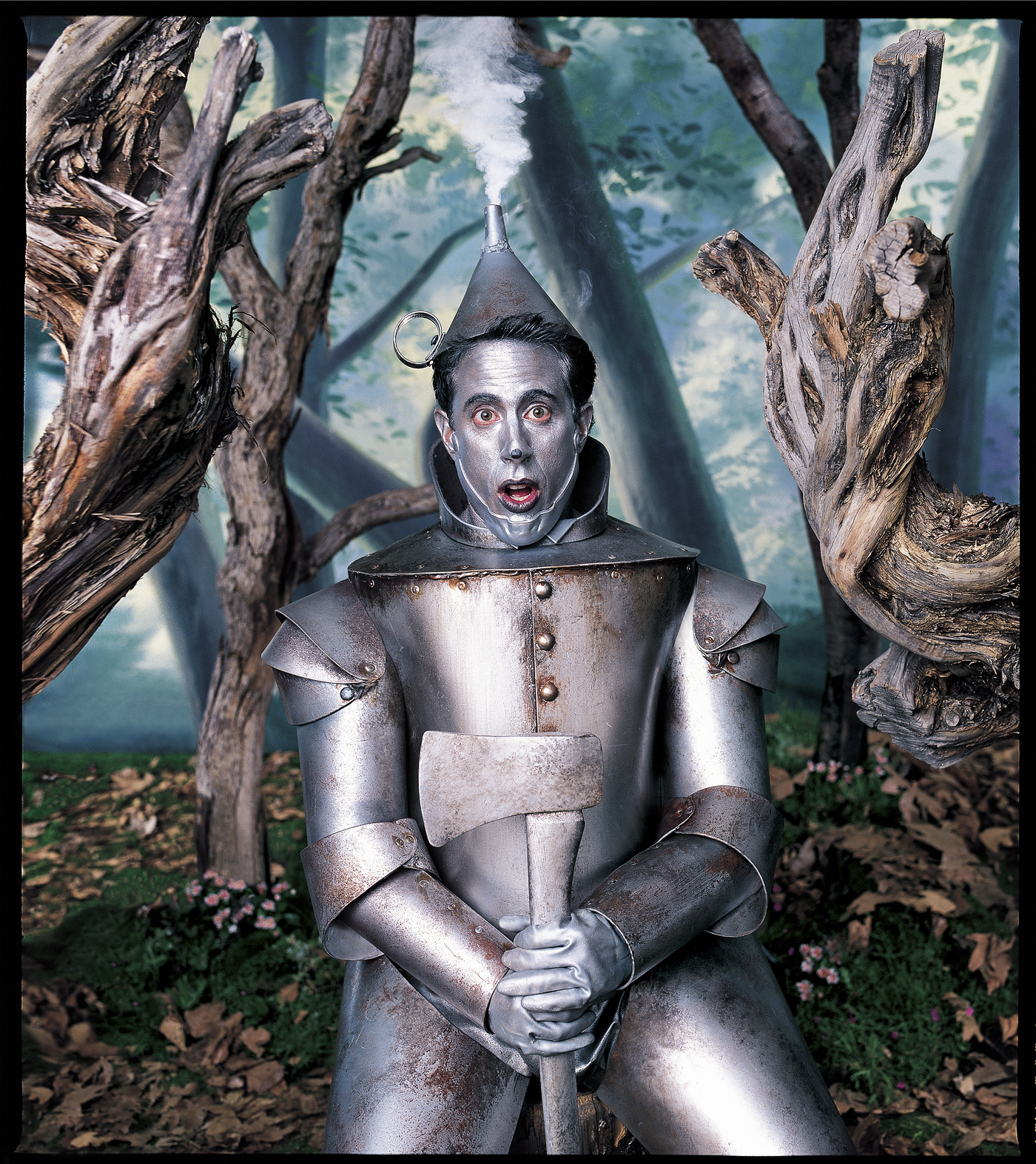 Mark Seliger says a sense of humor is what differentiates his portraits. Above, comedian Jerry Seinfeld as the Tin Man from The Wizard of Oz.

For decades, Americans have seen celebrities through photographer Mark Seliger's lens. His work has appeared in magazines such as Vanity Fair, GQ and Rolling Stone.

"Having a sense of humor" is important to the work, he says. "Whether it's a big concept or whether it's a wink."

Seliger has dressed up Jerry Seinfeld as the Tin Man and photographed the back of Barack Obama's head. But he's prepared if celebrities aren't game for his portrait ideas. "I always have a backup plan ... " Seliger says. "At times, the simplest portrait is the hero — it's the one that works the best."

Now, a new coffee table book called Mark Seliger Photographs collects some of the best images from his last 30 years, including presidents, actors and rock stars.

On how his humorous ideas don't always work out

We wanted to paint the Red Hot Chili Peppers red and have smoke coming out of their mouths. And I was told by the band that that was not going to happen. But Flea [who's] one of the band members, very sympathetically decided that he would allow me to paint him half-way on his face. And I went ahead and did that and he looked at me and he said, "Yeah, we're not going to do this." ... It was a bad idea. ... I have to admit that I've had some real loser ideas, too. 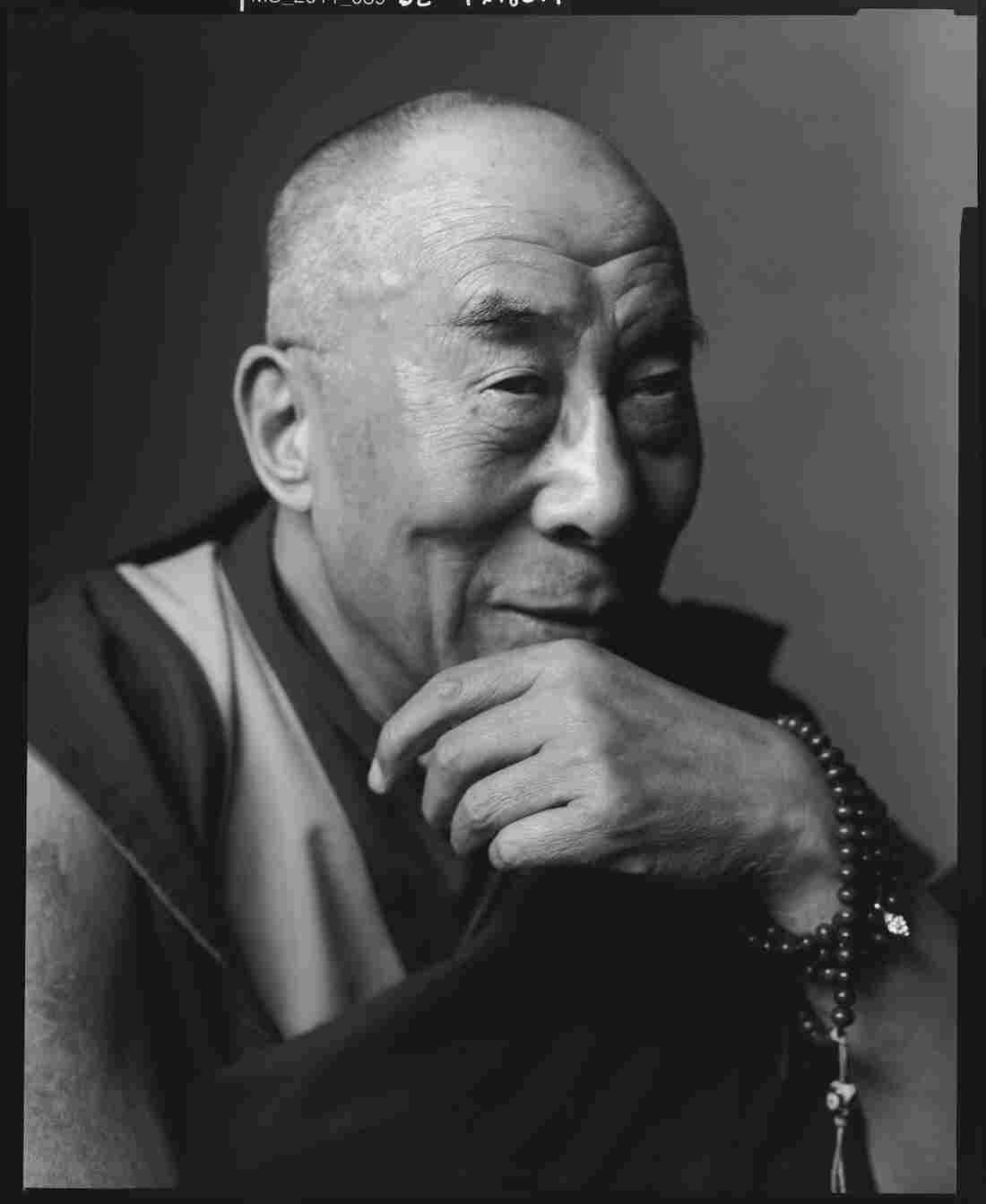 The monks who accompanied the Dalai Lama to his portrait session told Seliger not to ask him to remove his glasses or his watch — but that's exactly what Seliger did. Mark Seliger hide caption 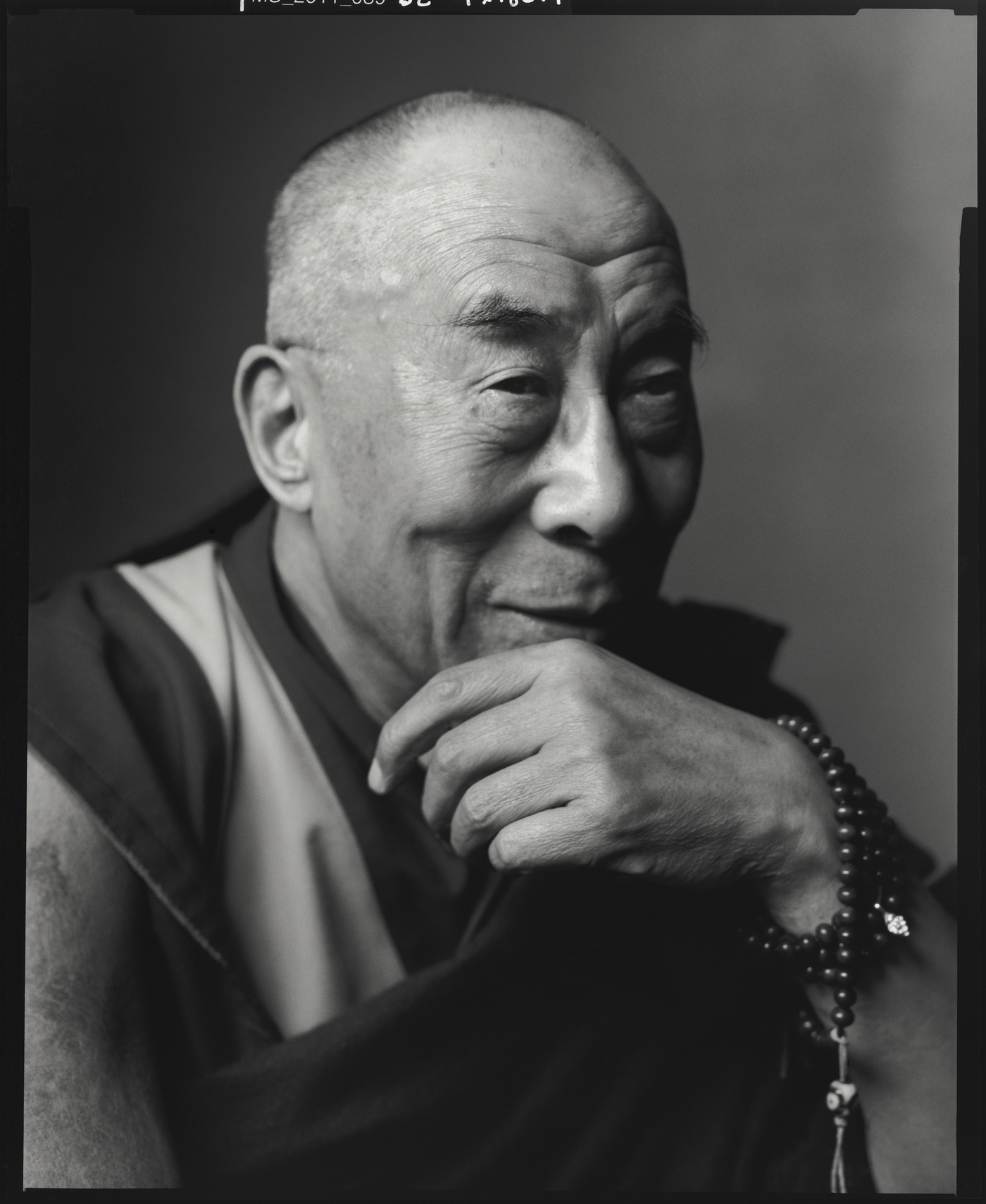 The monks who accompanied the Dalai Lama to his portrait session told Seliger not to ask him to remove his glasses or his watch — but that's exactly what Seliger did.

On his session with the Dalai Lama

We set up a studio downstairs of the conference hall that he was speaking at. And in walked the Dalai Lama with some of the monks that were accompanying him. And they said, "Don't ask him to take his watch off, or his glasses." And that was the first thing that I asked him to take off. And he said, "Sure, why not?" I just looked over and there was some very upset monks. ... 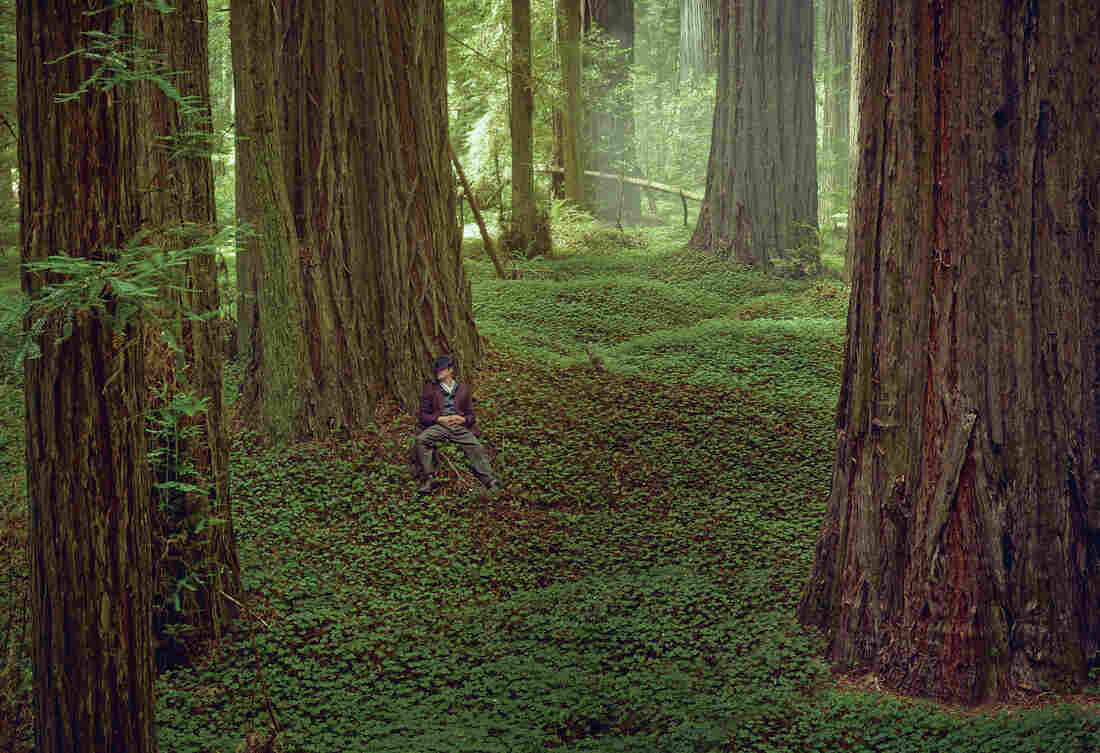 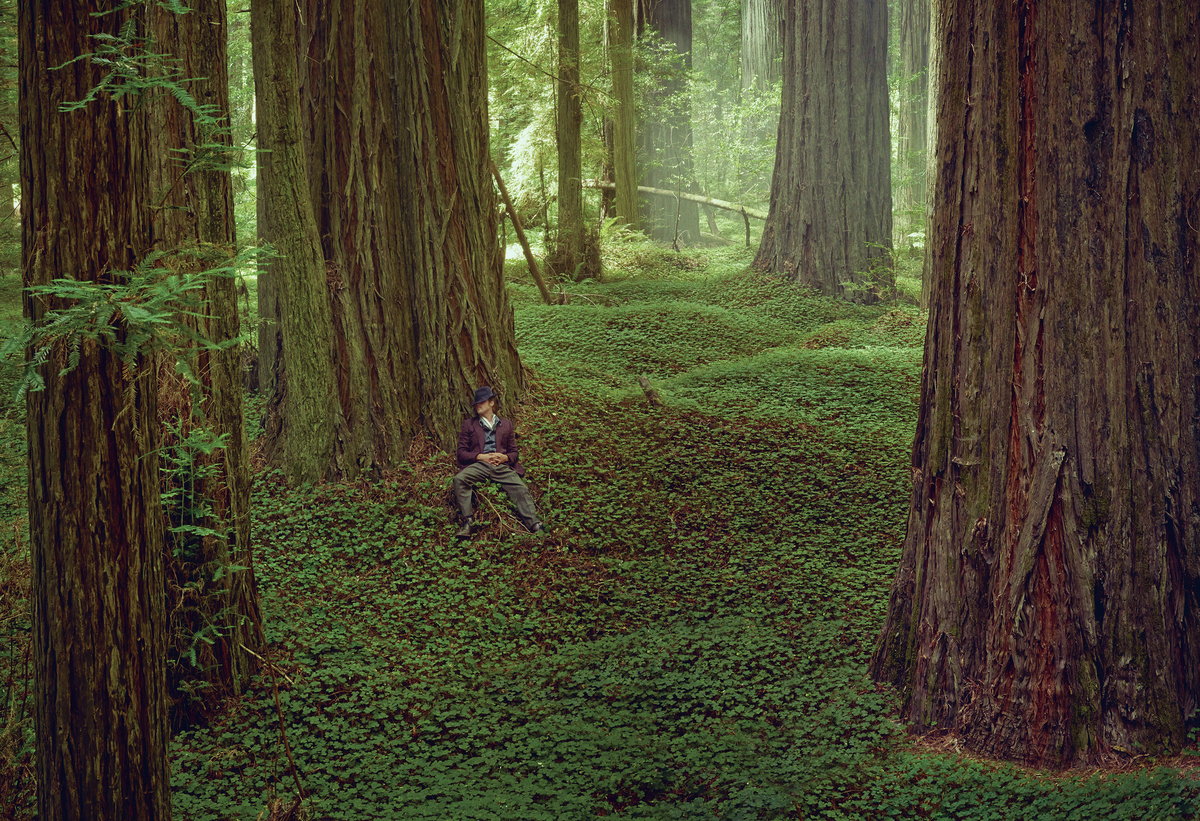 On how he fell in love with the darkroom first

I was really not drawn to photography to take pictures — I was actually really inspired through the darkroom. ... I made a darkroom in my parents' house when I was growing up. They would go out on a Saturday night and I would spend hours making prints. I just fell in love with the process. And as that love kind of grew, I had to have something to be able to print, so I thought: I better start taking pictures — and that's how it all evolved. I never really thought that I'd end up here. 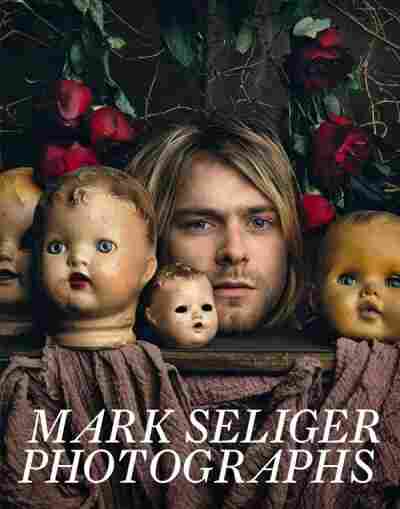 On changes in technology

What digital photography has has done is it's allowed you to view things in real time so you have this very immediate sense of what you're doing. But what I really miss is that surprise of getting a contact sheet back, spending time on the photographs and trusting the editing process that happens naturally when you're working with a subject, where you're not looking at a screen, where you're seeing the image in your head.

There's a natural progression to the session where you can see the rise of the enthusiasm of the subject, or the intricacy of the subject, and then it winds down to the end of the session. And that, to me, gets a little bit lost when ... you're looking at a screen or there's a group of people standing by you looking at the screen and helping you make that decision. ... It's not as intuitive.

I asked President Obama if it was OK if I did a diptych of him and he said, "Sure." And he walked up to the white background and we did the front version of him, and then I asked him to turn around, and we started to shoot the back of him. ...

And as I was giving him direction he goes, "Wait, is this going to make my ears look big?" And I said, "Absolutely not." And he goes, "All right, that's enough art, Mark." ...

What I love about doing portraits is that if you can get something that no one else has gotten and do something special then, you know, you've done your job. I love that kind of challenge: To go in there and create something that's never been done before. 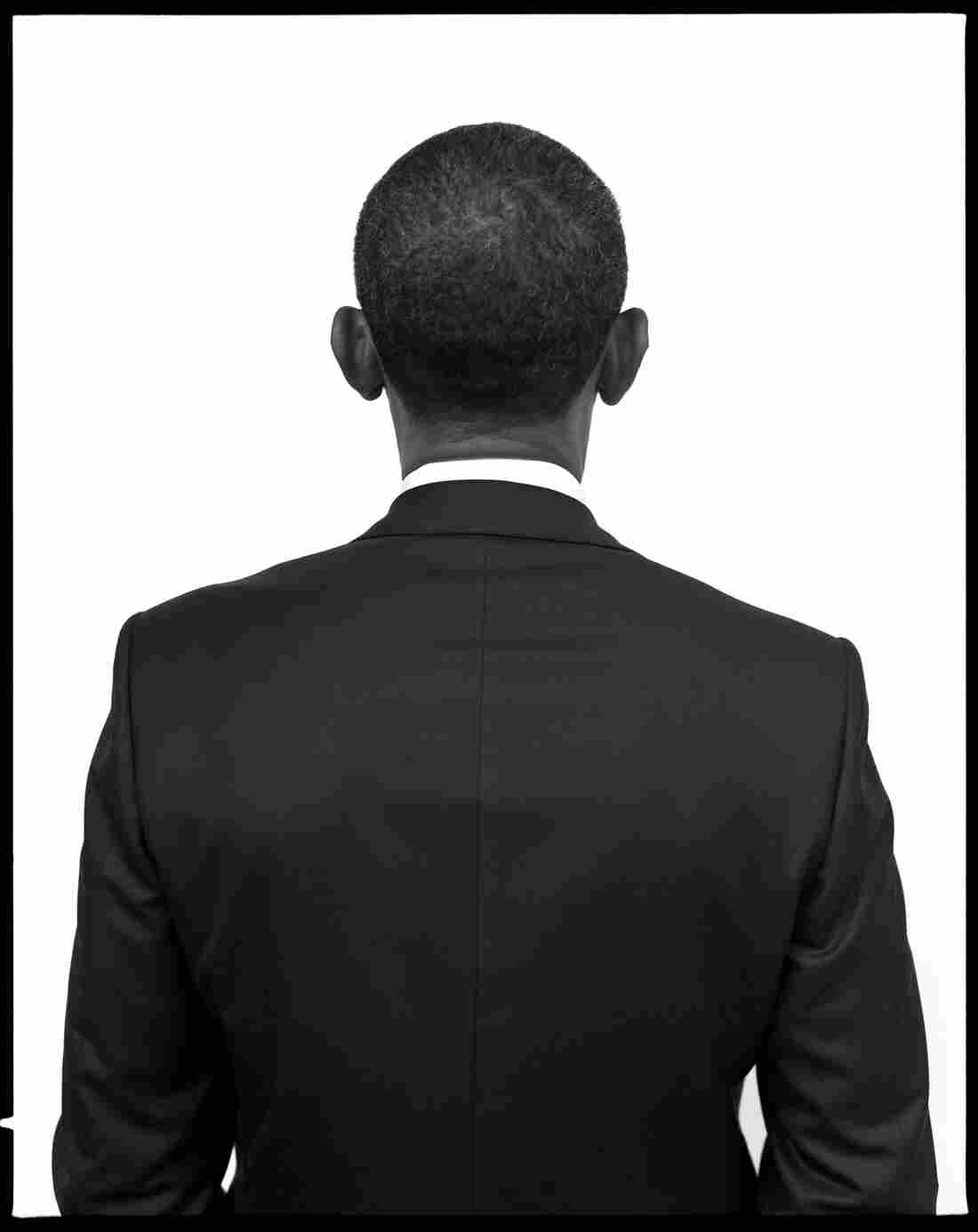 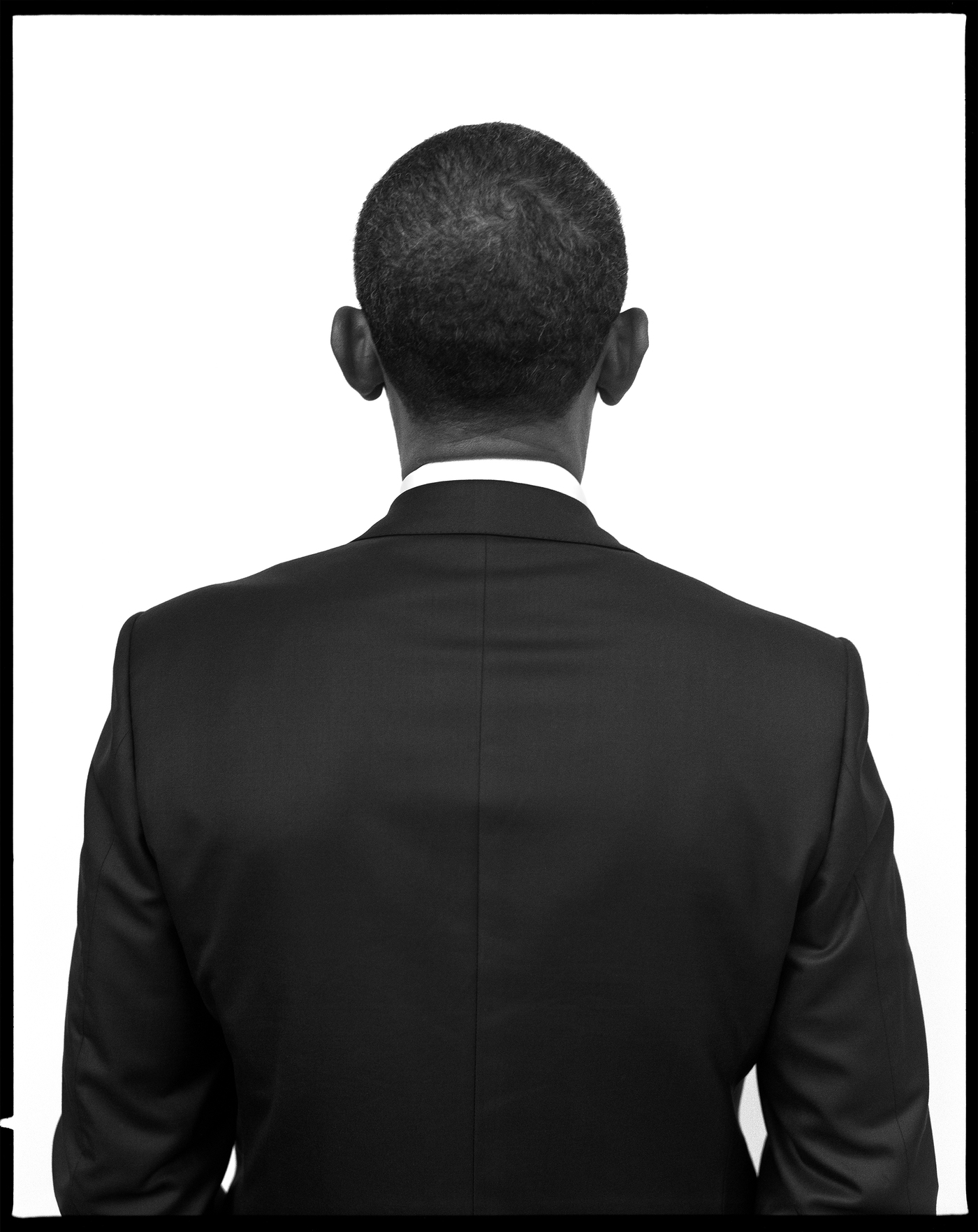 Seliger had just six minutes to photograph Barack Obama. During the session, Obama asked if this angle would make his ears look big. Seliger said, "Absolutely not."

Kat Lonsdorf and Jolie Myers produced and edited this interview for broadcast. Beth Novey adapted it for the Web.