Accessibility links
In 'Facts And Fears,' Ex-Spy Boss Clapper Comes In From The Cold, Badly Chilled Former Director of National Intelligence James Clapper recalls a lifetime of service in the spy business as he perceives Washington, D.C., crumbling around him. 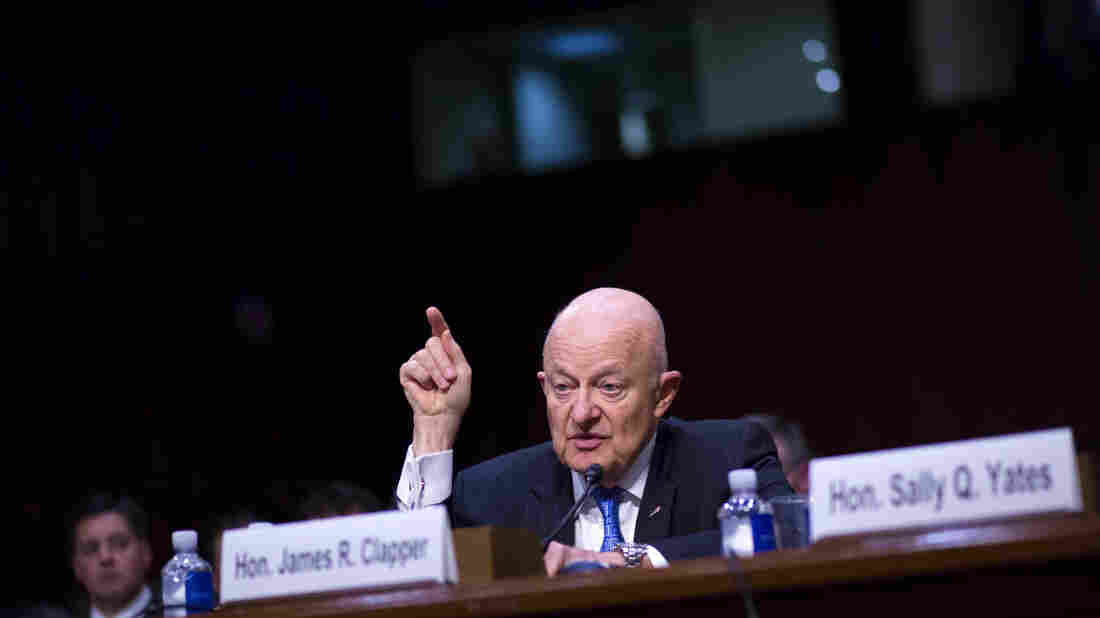 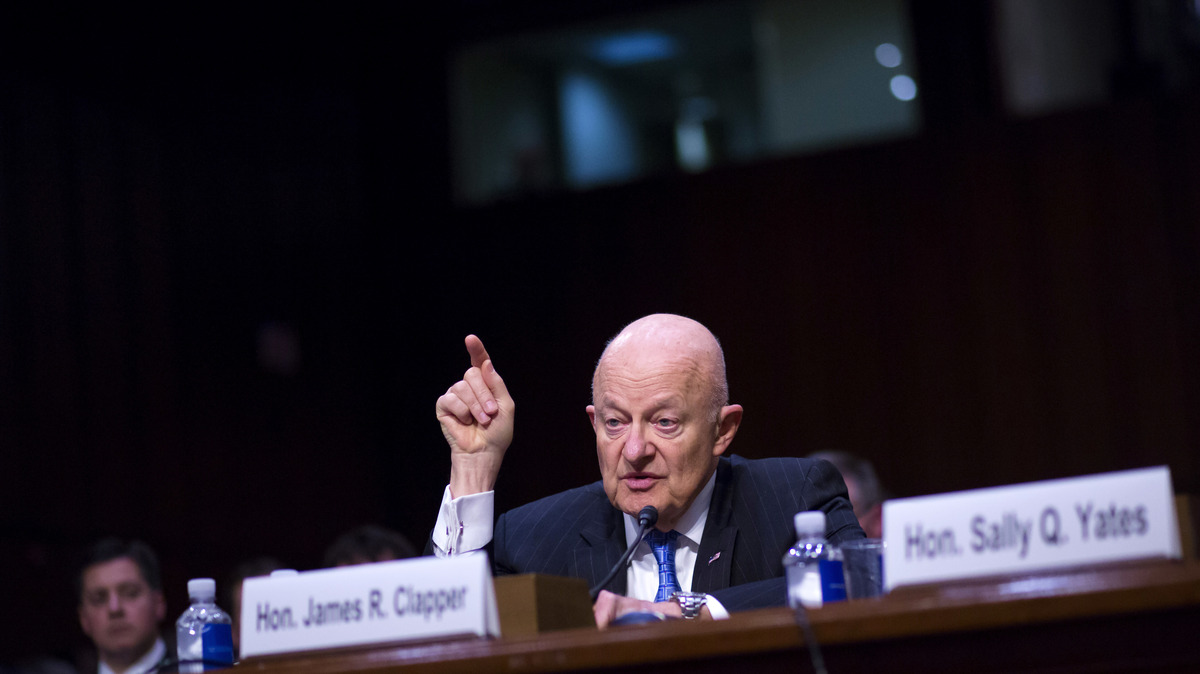 Former Director of National Intelligence James Clapper testifies about Russian interference in the 2016 election before a Senate Judiciary Committee subcommittee in May 2017.

The longtime spy baron became well-known during his stint as director of national intelligence for his profound scowl and sometimes-Zen-like terseness. Now, in his new memoir, Clapper tells why: It is the tale of how the world — at least from his perspective — fell apart. 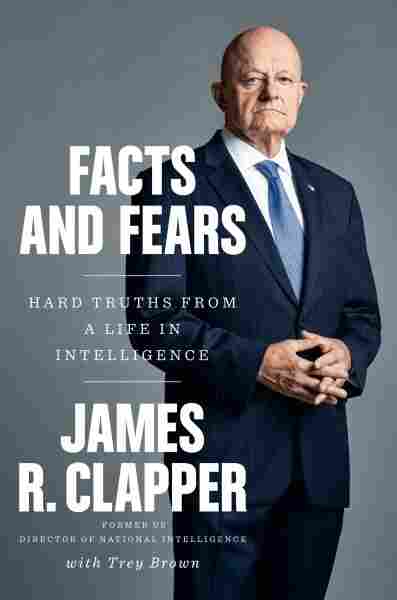 Hard Truths from a Life in Intelligence

In Facts and Fears: Hard Truths From A Life In Intelligence, Clapper traces his life and career from what he calls the "halcyon days" of the Cold War, when Washington, D.C., led the international consensus against Communism.

But the broader national arc over that time bent downward, as he describes it.

By the time the grizzled, steely-eyed Clapper we know appears on the scene, the U.S. intelligence community has become infamous for a series of deadly blunders: It failed to prevent the terror attacks of Sept. 11, 2001. It conjured up Iraqi weapons of mass destruction where none exist.

Even as it balloons in size and power from the massive infusion of taxpayer support under President George W. Bush, the "IC" becomes no more clairvoyant or even any more effective, with yet more disastrous consequences.

The sprawling 17-agency megabureaucracy was slow to realize in 2015 and 2016 that the Russian government had launched a concerted wave of active measures against the U.S. presidential election.

American spies watched a lot of it in real time, Clapper writes, and detected some aspects of the campaign early. In fact, nobody remembers this now, but in May of 2016, he announced in a speech that the Russian government was targeting the U.S. presidential campaigns with cyberattacks.

No one noticed, and this had no effect. Clapper clammed up: "I figured at the time that the last thing our country needed was any appearance that the intelligence community was involved in partisan politics."

When Trump called on the Russians to locate Clinton's missing emails "in a very specific, direct way," it "made me fear for our nation," Clapper writes. When Russia published "fake medical records claiming Clinton suffered from dementia," Clapper writes, it prompted Trump to call for them both to release their medical histories. Then Trump repeated a phrase from the Russian active measures campaign: "The election's going to be rigged."

By the fall of 2016, Clapper and the intelligence community woke up to the water boiling around them — the Russians were running an enormous scheme that was "unprecedented, aggressive, multifaceted," he writes, using "cyber-theft and cyber espionage, propaganda across the broadcast spectrum and all of the largest social media platforms, and an influx of Russian money at least for buying advertisements, perhaps even laundered and funneled into campaigns."

Clapper doesn't break any new ground as to whether Trump and his campaign conspired with the Russians who attacked the election, though he describes his fears about aspects of the story that are already public.

President Trump, his aides and his campaign deny colluding with the Russian attack. The House intelligence committee's Republican majority has cleared Trump, his inner circle and the campaign of any wrongdoing. Trump says the lingering investigations about Russia in the Senate and the Justice Department are nothing but a "witch hunt."

Back in 2016, Clapper and the spy bosses took their case to the White House. President Barack Obama was convinced but said he didn't want to make a strong public condemnation that would make it appear he was using his administration to help Clinton against Trump, who was benefiting from all the agitation.

So Obama confronted Russian President Vladimir Putin personally — to no effect — and asked White House chief of staff Denis McDonough to approach the Republican leaders of Congress and ask them to sign a joint statement condemning the foreign interference. They said no, Clapper writes.

"House Speaker Paul Ryan and Senate Majority Leader Mitch McConnell said they would not support a bipartisan statement that might hurt their nominee for president," Clapper writes. "I was disappointed but not surprised. It seemed they had decided by then that they didn't care who their nominee was, how he got elected or what effects having a foreign power influence our election would have on the nation, as long as they won." 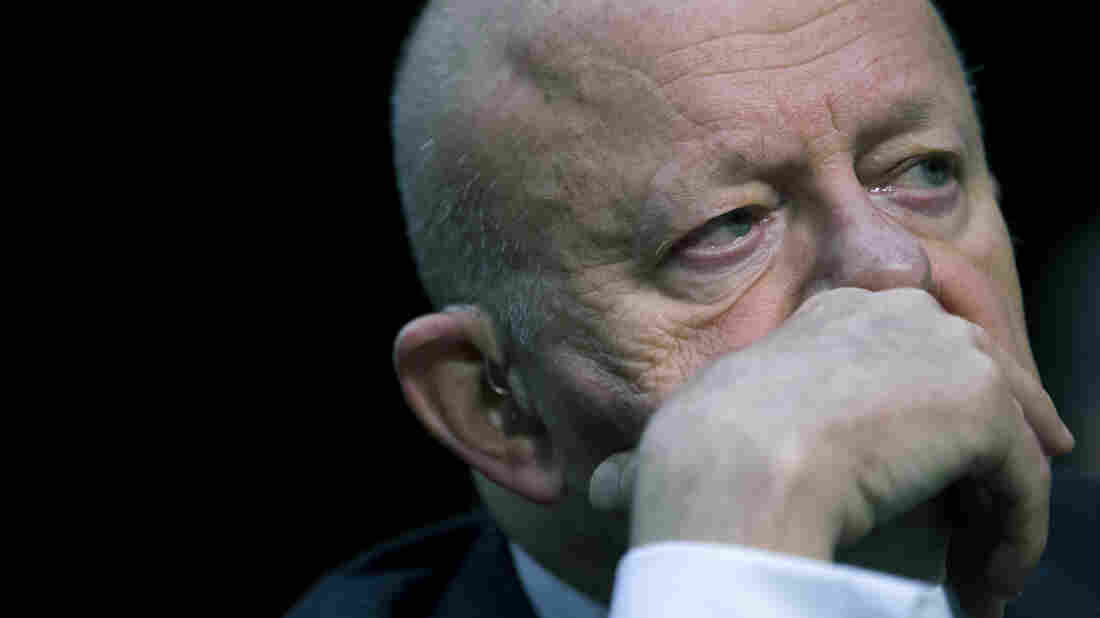 Clapper said that by fall 2016, the intelligence realized that the Russians were running an enormous scheme that was "unprecedented, aggressive, multifaceted," he writes in his new book. Eric Thayer/Getty Images hide caption 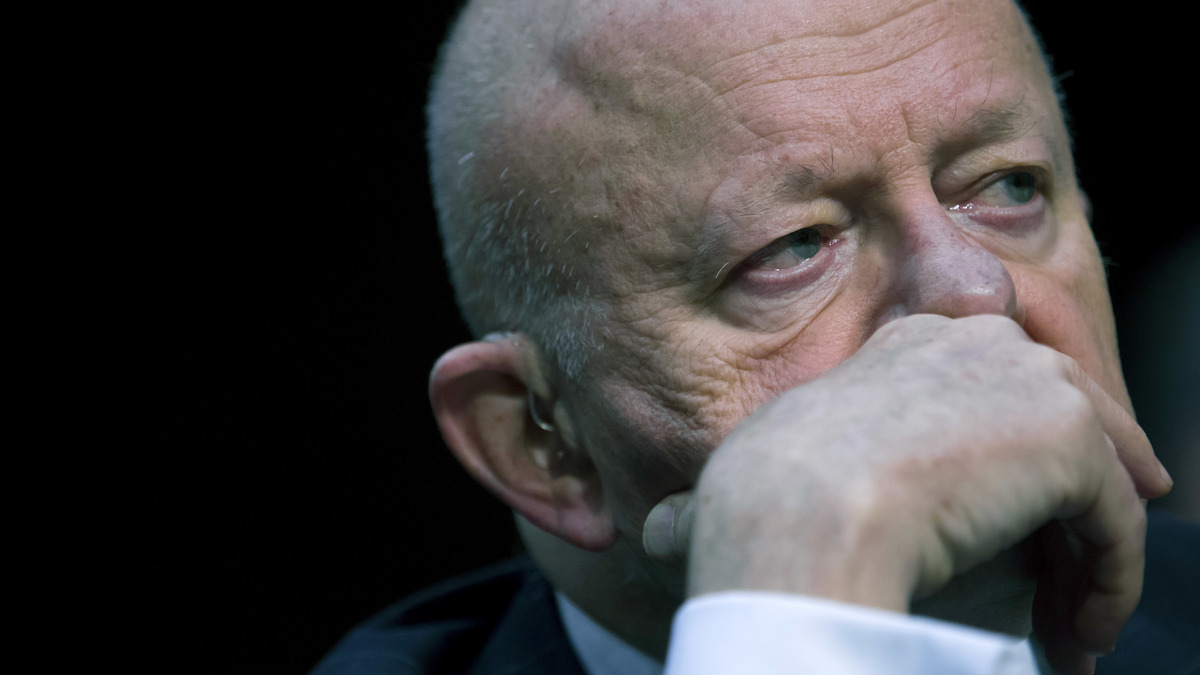 Clapper said that by fall 2016, the intelligence realized that the Russians were running an enormous scheme that was "unprecedented, aggressive, multifaceted," he writes in his new book.

A spokeswoman for the Republican leaders said this isn't what happened.

"Mr. Clapper has his facts wrong," she said. "What was discussed with the White House staff in September was a letter to the states warning against attacks during the election, which was quickly drafted and sent on September 28th."

Eventually, back in 2016, Homeland Security Secretary Jeh Johnson and Clapper did release a joint statement attributing the 2016 active measures to the Russians. But, hours later, the Access Hollywood tape of Trump making lewd comments appears. And not long after that, WikiLeaks embarrasses Clinton's campaign chairman, John Podesta, by releasing his emails.

"Our warning on Russian interference was so effectively buried that, in December [2016], the national consensus held that the intelligence community and DHS had failed to provide any warning about the Russians before the election," Clapper writes.

Elsewhere, he confesses that he doesn't know whether Americans didn't see the warning or didn't care, but said that ultimately, "I saw that our efforts ended up having all the impact of another raindrop in a storm at sea."

The intelligence agencies didn't make an assessment about whether Russia's active measures affected the outcome of the election, but Clapper says he believes they did. The brilliance of the attack was the way it exploited nearly every aspect of social and mass media in the 21st century, including with self-reinforcing amplification by American journalists and Trump himself, he writes.

Although Clapper stands by the assessment that Putin wanted to throw the race Trump's way, he also argues the Russians' broadest objective was to undermine the foundation of democracy itself.

"Again, Russia's aim wasn't to get anyone to actually believe the crazy stories they were publishing," he writes. "The point of their influence operation was to overwhelm facts, to sow doubt that facts were even knowable."

The scheme, for Clapper, appears to have worked. When he left government service, he barely recognized the United States to which he was returning as a civilian. He struggles to shop for himself in the grocery store after years as a top national security official.

Clapper almost doesn't recognize himself; he describes watching a clip of himself on a talk show as part of the preparation for his book.

"Looking at the recording of that interview, I again appeared tired. This time, I wasn't tired from working around the clock for months on end. I was tired because my journey of 76 years had led me to a place that should be home, and I'd found that the foundation of that home was beginning to crumble and the pillars that supported its roof were shaking."