Accessibility links
Prosecutors Defend Manafort Warrants Following Challenges Over Evidence Paul Manafort's lawyers have challenged the warrants used by the Justice Department and FBI in raids against him. Prosecutors say the paperwork was all in order. 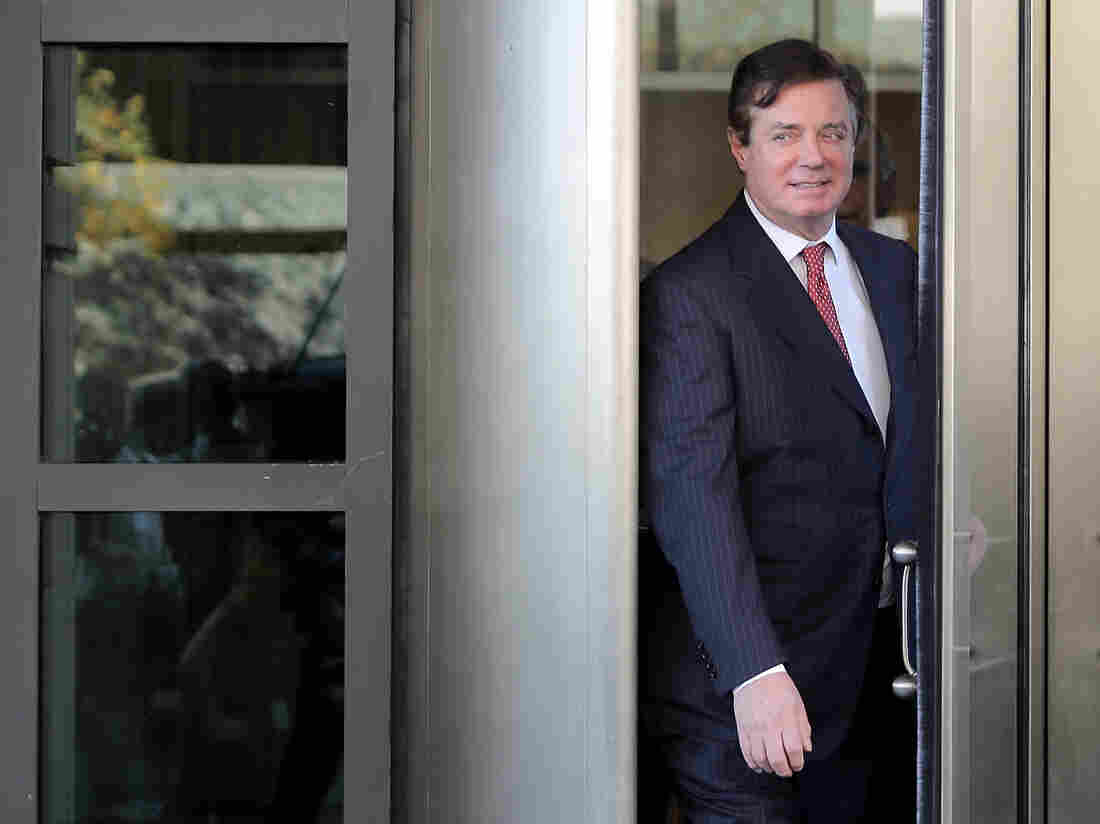 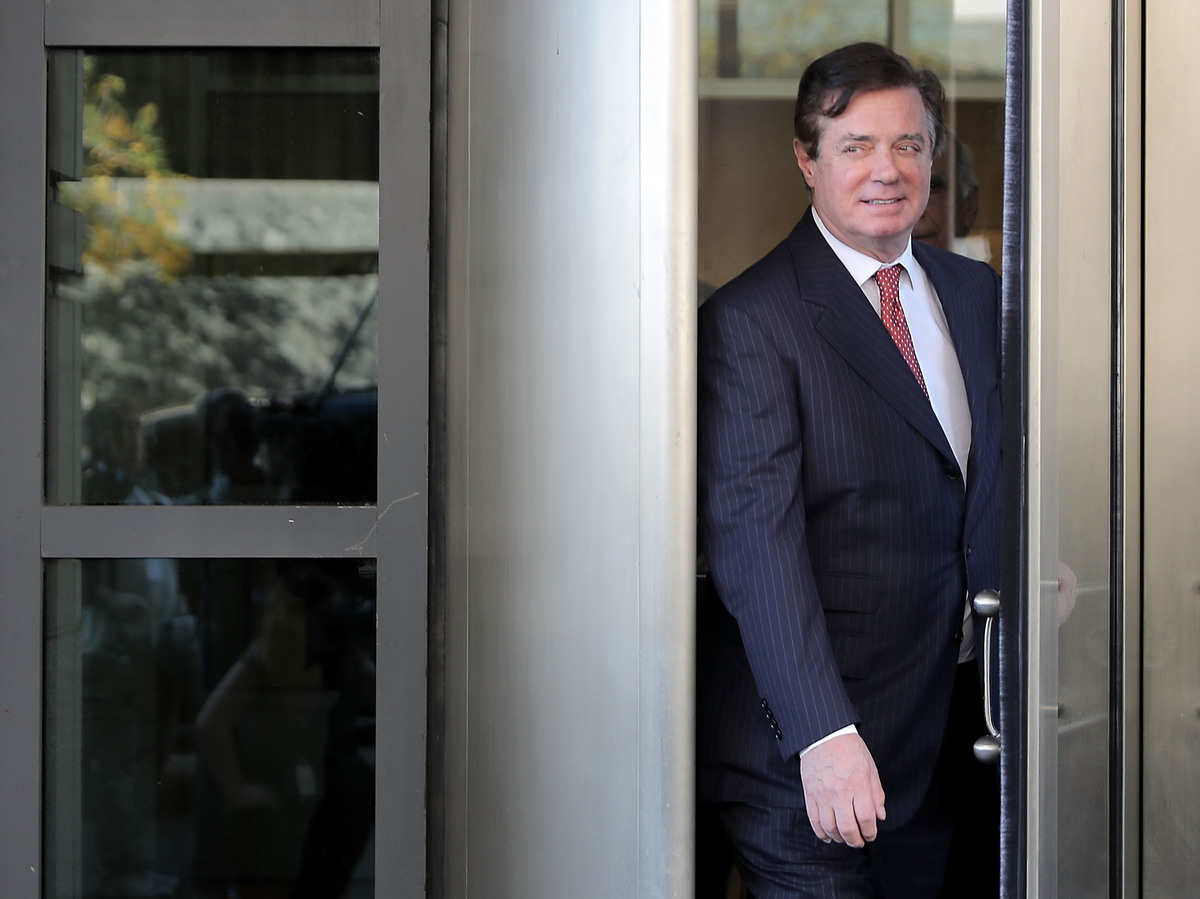 Lawyers for Donald Trump's former campaign chairman Paul Manafort say the government used invalid warrants to seize evidence against him. Prosecutors say they were all squared away.

Manafort's attorneys had told Judge Amy Berman Jackson they believed the warrants were invalid — in one case, for example, lawyers argued that a person listed on the lease of a storage unit didn't have permission to permit FBI special agents to peek inside.

"I just went to my daughter's graduation a week and a half ago," said Manafort lawyer Thomas Zehnle. "I left the key with the pet sitter." But, Zehnle said, he had not given that sitter permission to let someone in and "take pictures of my documents."

Manafort's lawyers also said the FBI went overboard when it searched his condominium in Alexandria, Va., just outside the capital. Investigators took cameras and music players, which Manafort lawyers said are irrelevant to his case, as well as old papers with a questionable connection to the tax and foreign agent charges he is facing.

The Justice Department's prosecutors told Berman Jackson that the warrants had been proper. Government lawyer Scott Meisler pointed out the person who allowed the FBI into the storage unit was not only listed on a lease but also had the key and had previously accessed that unit as part of his job.

Even if there had been mistakes, Meisler argued, none of them were serious enough to bar the office of Justice Department special counsel Robert Mueller from using the material recovered by the FBI as evidence in court.

Separately, Berman Jackson said during the nearly three-hour hearing that both Manafort and prosecutors are close to an agreement on Manafort's bond conditions.

"Maybe we're closer than we've ever been," the judge said, but she said she needed more information to make a final decision.

The government and Manafort have disputed how much property and other collateral must be put up as part of a bail agreement.

Manafort was indicted last year on charges connected to alleged tax evasion, money laundering and the work he did on behalf of Ukraine's government without properly registering as a foreign agent.

Manafort's camp points out that even though Mueller was appointed to investigate whether any Americans conspired with the Russian attack on the 2016 presidential campaign, prosecutors haven't filed any charges against Manafort connected to alleged election interference.