Accessibility links
Facebook Project Wants You To 'Buy Nothing' And Ask For What You Need The Buy Nothing Project encourages people to share without money changing hands. In five years it has spread around the world on Facebook with the help of more than 3,000 volunteers. 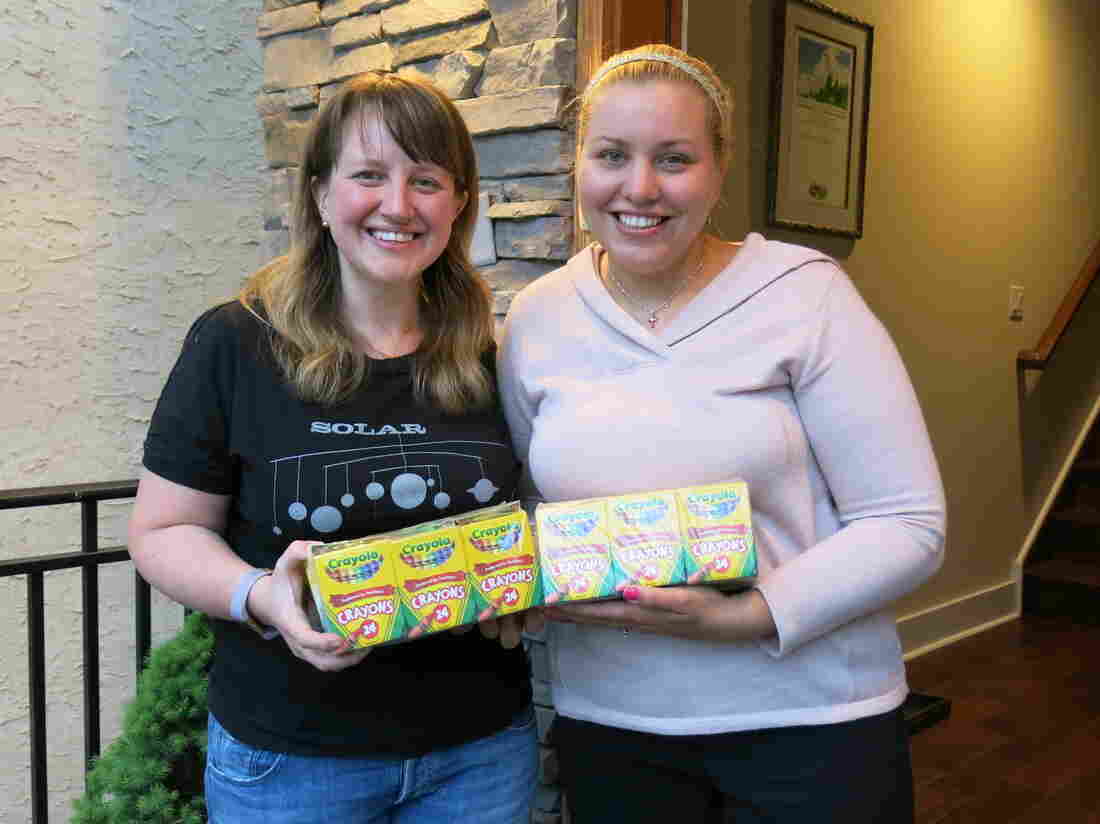 Johanna Humphrey, left, ended up with 24 boxes of crayons she didn't need. She gave them to teacher Laura Smith, right, through the Buy Nothing Project. It encourages people to share without money changing hands. Jeff Brady/NPR hide caption 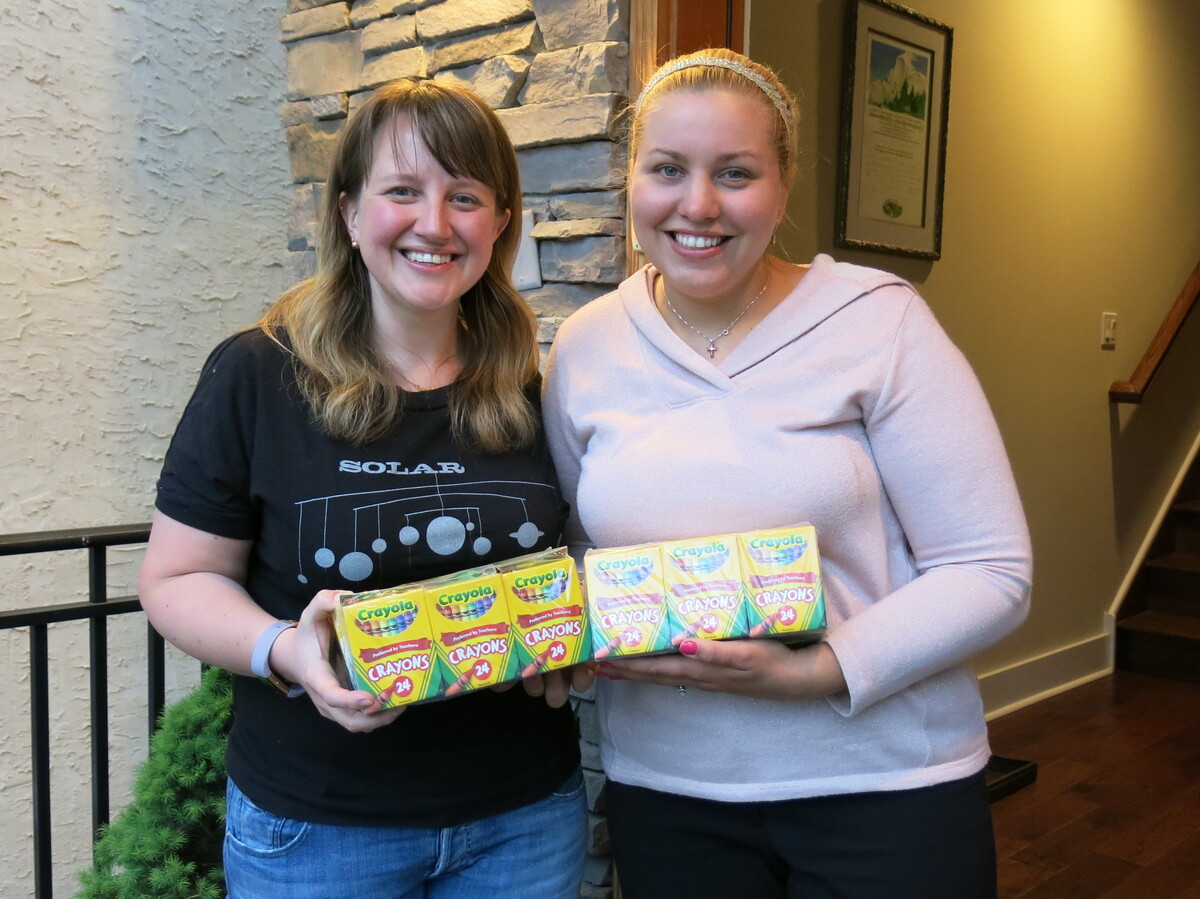 Johanna Humphrey, left, ended up with 24 boxes of crayons she didn't need. She gave them to teacher Laura Smith, right, through the Buy Nothing Project. It encourages people to share without money changing hands.

Johanna Humphrey has a crayon problem.

The Philadelphia resident ordered 24 boxes of crayons to hand out at her son's third birthday party. But retailer Amazon accidentally sent her twice that many and doesn't want the extras back.

"Parents don't need this many crayons in their house," jokes Humphrey as she takes photos of the boxes with her smart phone to list them on her local "Buy Nothing Project" Facebook group. Humphrey wants to give the extra crayons to a local teacher.

While Facebook makes money by selling stuff through advertising, it's also spawned hundreds of groups where the goal is to give things away.

The Buy Nothing Project encourages people to share what they have with others, without money changing hands. In five years the project has spread around the world with the help of more than 3,000 volunteers.

Johanna Humphrey is one of them. About three years ago she started the Buy Nothing group for her Roxborough/Manayunk neighborhood in Philadelphia.

"I really primarily do it for the environmental reasons. If there's a way that I can stop some of my stuff from ending up in a trash heap somewhere, I feel like I've done my job," says Humphrey.

Humphrey's group has grown to nearly 2,000 members. That many people can get unwieldy so soon it will split into two groups. That's one way the Buy Nothing Project has grown over the last five years — from one group outside Seattle to more than 2,000 groups.

All that growth and the project still has no paid staff.

"We don't want to monetize this in any way possible even as a non-profit," says Liesl Clark, a filmmaker who co-founded the Buy Nothing Project with her friend Rebecca Rockefeller.

"I wanted to try a social experiment, which was to get people to literally ask themselves whether they can buy nothing — and I don't care if it's just for an hour, or for a day or for a week," Clark says.

She wants people to give things away, but also ask for what they need instead of going to the store. She believes relying on and helping neighbors creates healthier communities and happier people.

The project has a subversive element. A frequent question is why the project uses Facebook? Clark says that's where the people are right now. On the organization's website it reads, "We need to use the master's tools to dismantle the castle."

"This next step is going to be backing off and trying to render ourselves obsolete by moving off of Facebook and encouraging people to share in person and do less so on their devices," Clark says.

That does not seem to be happening yet. For now the Buy Nothing Project is still growing quickly, on Facebook.

Back at Johanna Humphrey's townhouse in Philadelphia she selected teacher Laura Smith from the nearly 100 people who expressed interest in the crayons. The deciding factor was a picture Smith posted of her kindergarten class.

"Just seeing a picture of a ton of little kids' faces, that was what sold it for me," Humphrey says.

"I was so excited to get these crayons because I have 23 students who, literally, cry over a broken crayon," Smith joked as the two women met in-person for the crayon hand-off.

A few days later a cute video clip arrived in Humphrey's email showing the students in class with their crayons. They all thanked Humphrey in unison.

This is a good example of what the Buy Nothing Project founders say they wanted to create — new connections through sharing things and interactions that extend into the future.