Accessibility links
'Mary Shelley' Is Less Than The Sum Of Its Parts Elle Fanning stars in this uneven, "perfumed account" of Mary Wollstonecraft Godwin's romance with poet Percy Shelley, and the fateful weekend that birthed her novel Frankenstein.

'Mary Shelley' Is Less Than The Sum Of Its Parts

'Mary Shelley' Is Less Than The Sum Of Its Parts 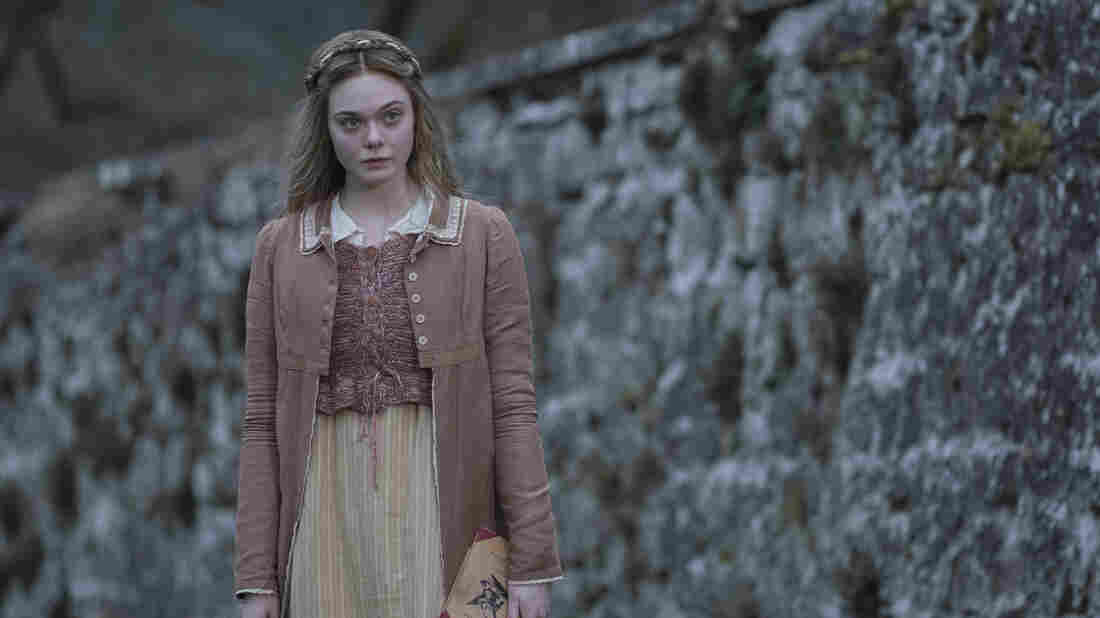 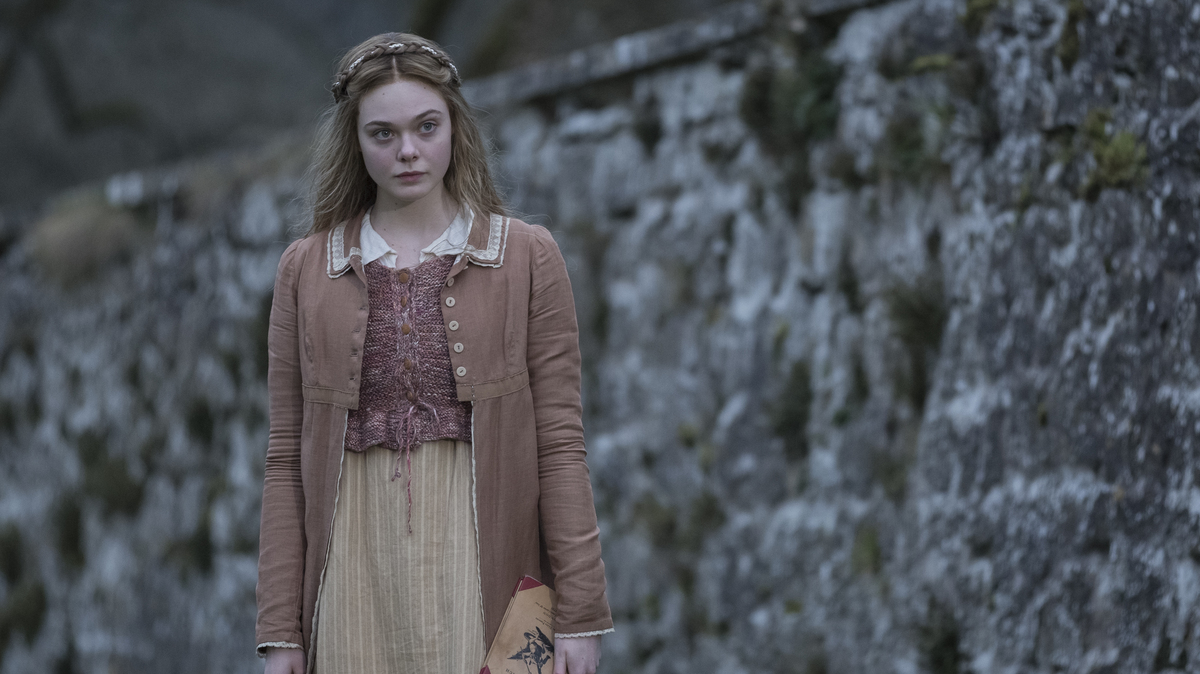 Nearly all moviegoers know the plot of Frankenstein; or, The Modern Prometheus, which Mary Shelley precociously wrote at 18. Many of them are also familiar with the novel's backstory, dramatized in such films as Gothic and Haunted Summer: Mary was challenged to write a ghost story in competition with no less than Lord Byron and her future husband, Percy Bysshe Shelley.

Given the familiarity of the material, the makers of Mary Shelley would have been smart to find a new approach. Philosophically, they sort of do, giving Mary more credit than usual for both her work and her choices.

Stylistically, though, the movie is all too typical of the 19th-century British literary/romantic drama. It presents London circa 1815 as misery for the poor, the young, the female, and the liberal-minded — and yet picturesque enough for a tourist brochure, suffused with dappled sun-, lamp- and candlelight and swathed in yearning music.

The opening is promising. A 16-year-old Mary (Elle Fanning) scribbles away in her notebook in a hospitable place, a graveyard. Later, she meets Percy (Douglas Booth), a 21-year-old published poet and self-involved free spirit, and promptly falls in love. She takes him to the cemetery to introduce him to her mother, who died when she was 10 days old.

Mom was Mary Wollstonecraft, who wrote The Vindication of the Rights of Women. Dad is William Godwin (Stephen Dillane), author of An Enquiry Concerning Political Justice and the proprietor of a struggling bookshop. William's second wife (Joanne Froggatt) is no feminist, and even William is suspicious of Mary's relationship with Percy. Skepticism turns to outright disapproval when the family learns that Percy is married to a woman he's abandoned, and by whom he has a young daughter.

Mary flees home to live with Percy, and younger stepsister Claire Clairmont (Bel Powley) insists on joining her. Eventually — but much more directly than in reality — Mary, Percy, and Claire find themselves in Switzerland, guests of a Byron (Tom Sturridge) who may be more appallingly behaved than the real one.

The bored Byron's request that they all write a gothic tale yields nothing from himself or Percy, but Frankenstein from Mary and The Vampyre from another house guest, Dr. John Polidori (Ben Hardy). Both books turned out to be enormous gifts to the movie biz.

One of the virtues of the British literary/romantic drama is assured acting, and Mary Shelley is no exception. Viewers may initially find Fanning's American-girl presence jarring, but she holds her own — and her accent. By the movie's end, her performance has come to seem as authentic as anything else in this perfumed account.

Director Haifaa Al Mansour previously made Wadjda, the first Saudi Arabian feature directed by a woman. That low-key, naturalistic charmer followed the usual strategy for movies that depict rebellion from within the Muslim world: It focused on a child on a simple quest, in this case a 12-year-old girl who wants a bicycle like the boys have.

Mary Shelley is a more complicated affair, and not just because the story contains lots of sex. (Al Mansour, following British if not Saudi precedent, keeps everything but kissing, hugging, and swooning off-screen.) Also, the story is historical, and endowed with themes that Emma Jensen's script sometimes states too overtly.

The movie is actually less cogent when vindicating the rights of women than when pursuing matters of death, bereavement, and possible reanimation. Horror movies are a dime-novel a dozen, but Mary Shelley is most alive when hanging out in graveyards and mucking about with corpses.