Accessibility links
Mitch McConnell On Filling The Federal Bench: 'This Is My Top Priority' The Senate majority leader says he is focusing the chamber's agenda for the rest of 2018 on confirming conservatives to lifetime judicial appointments. 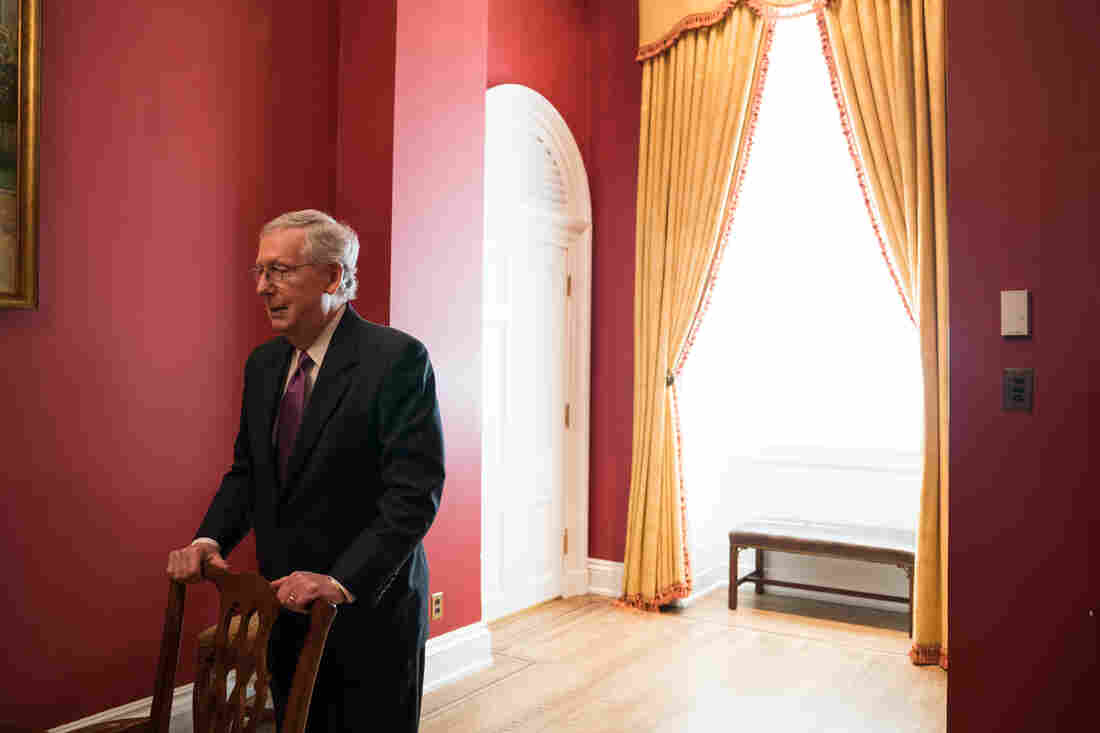 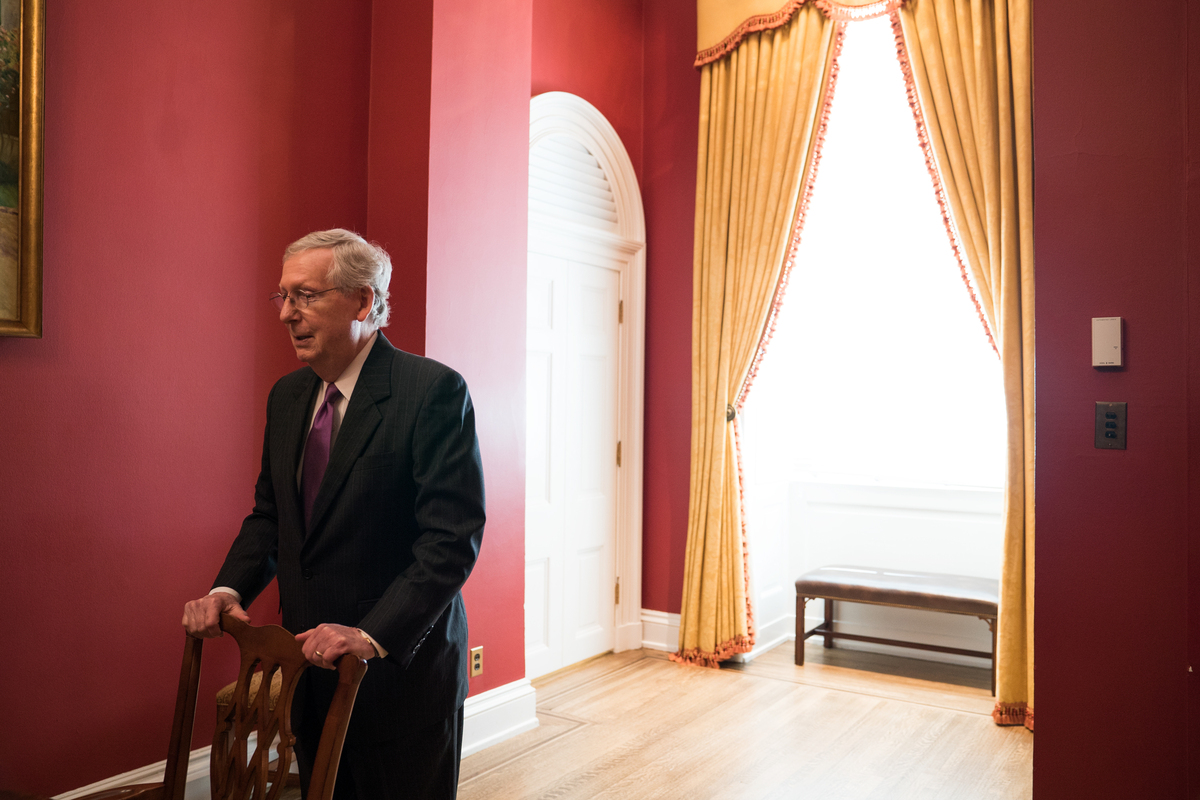 Senate Majority Leader Mitch McConnell, R-Ky., told NPR he believes lifetime federal judicial appointments are among the most important appointments the Senate is tasked with confirming.

For Senate Majority Leader Mitch McConnell, 2018 could be defined by one word: judges.

More than any other issue or cause in this midterm election year, the Kentucky Republican says he is focusing the chamber's agenda on confirming as many of President Trump's lifetime judicial appointments as possible before the end of the year.

The War Over Confirming Federal Judges Is Heating Up — Again

McConnell is setting a record pace for confirmation, with a total of 21 circuit court judges confirmed to date in this Congress. In 2017, the Senate confirmed 12 of Trump's circuit court nominees, which McConnell noted was a first-year record for a president since the modern court system was created more than a century ago.

McConnell said his motivation was driven beyond the scope of the 2018 midterm elections. "I don't know whether it will matter to the midterm elections or not," he said. "But my principal reason for doing it is because I think it's important for the country."

The long-term impact, McConnell said, is a judicial branch that will have more jurists in the mold of the late Supreme Court Justice Antonin Scalia, a conservative icon. "What the president is sending up and what we are confirming are judges who are similar to what Justice Scalia once said a judge ought to be: He said if you're not occasionally uncomfortable with the outcome you reach, you're not a very good judge."

McConnell added: "The president, I think, he's been setting up a consistent group of men and women who believe the job of a judge is to interpret the law."

McConnell's judicial strategy has long infuriated his Democratic opposition, who are still smarting from McConnell's decision to block consideration of President Obama's 2016 nomination of Judge Merrick Garland to the Supreme Court. McConnell strategy was successful, and ultimately led to the confirmation of Justice Neil Gorsuch instead.

As speculation continues to swirl around the possible retirement of Justice Anthony Kennedy, a pivotal swing vote on the high court, McConnell said if a Supreme Court vacancy were to happen this year, he would work to fill the seat before the midterm elections.

"It would be a top priority and we would certainly move to confirm, if a vacancy occurred," he said, brushing off the notion that Congress should wait until after the election — a similar argument McConnell made for delaying Garland's confirmation.

It's these judicial nominations, along with a growing economy, record low unemployment and a new tax cut that McConnell says offers the GOP the best chance to hold their majorities in the House and the Senate in a midterm election year in which recent history says they should lose one or both.

"I would remind those in America who are right of center that this has been a fabulous year and a half," he said. "Everything from tax relief to repealing the individual mandate to the 15 uses of the Congressional Review Act. We mentioned the courts, comprehensive tax reform. If you are a right-of-center person, there hasn't been a better period than this in at least three decades."

While McConnell is known for message discipline, he acknowledged that the GOP faces challenges with a president who does not share that disposition.

"Well, obviously we'd like to see him talking about what we're sitting here talking about more of the time," the Senate's top Republican said, "And I think many of us have urged him to do that and we hope he will."