Accessibility links
What's Your American Anthem? Starting July 4, we'll bring you the stories of 50 songs — stretching from before the days of sound recording to the present — that rouse, uplift or call to action. To do that, we need your help. 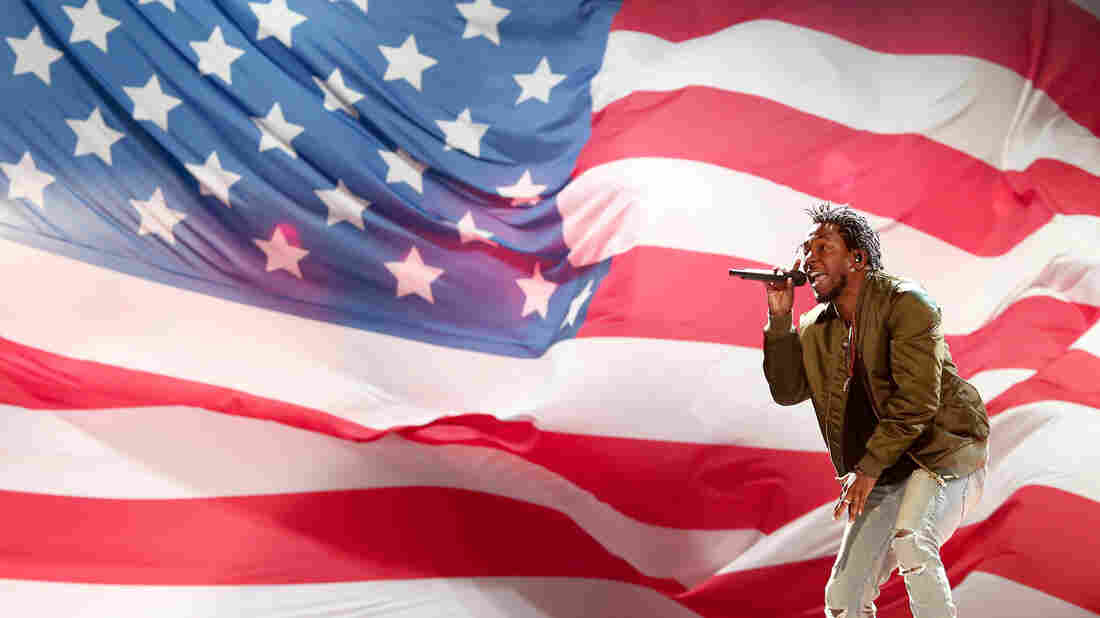 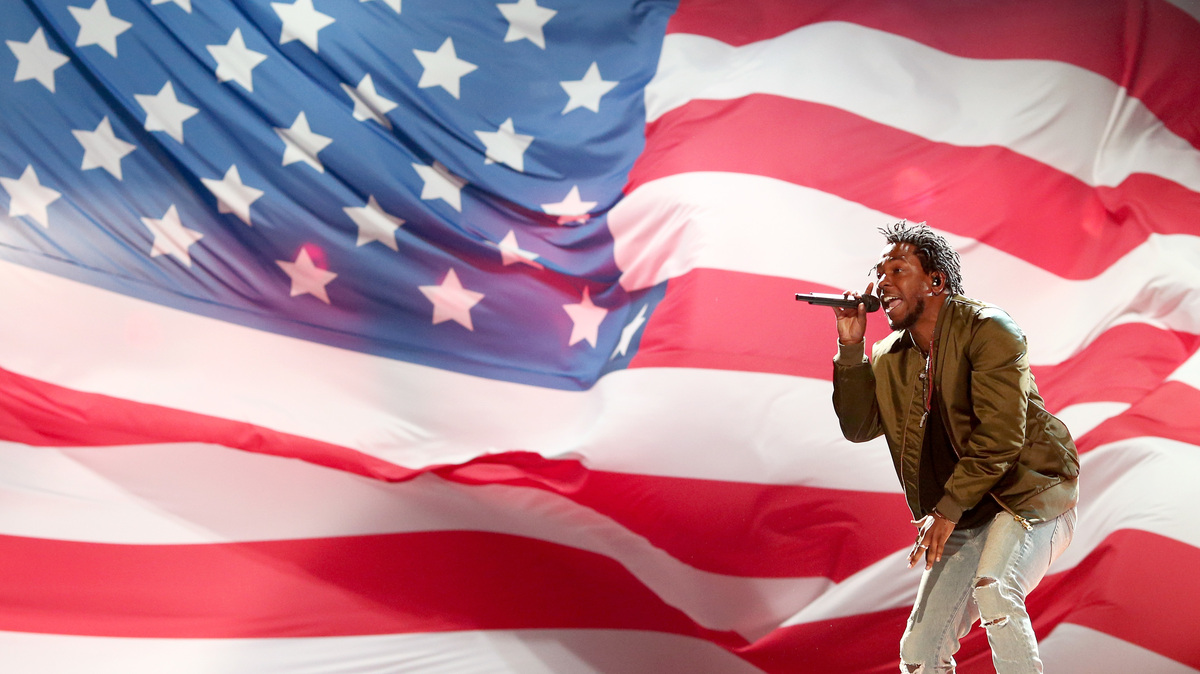 Kendrick Lamar performs at the BET Awards in 2015, the year his song "Alright" was released and exploded into an anthem of protest.

The bugle call of taps. The swell of voices spontaneously joining to sing "We Shall Overcome." The urgency of "Fight The Power." Anthems are songs that tap into the collective emotions that listeners and performers have around an issue, whether it's joyful pride in one's country or rage over injustice.

The stories behind these musical manifestos — why they are written and how they are embraced — can reveal much about the cultural pulse of the societies that create, share and celebrate them. Beginning July 4, NPR will zero in on 50 different anthems across a range of themes: patriotic, civil rights, anti-war, female empowerment, sports, mental health and more, in a series we're calling American Anthem.

Our working definition is "a rousing or uplifting song identified with a particular group, body, or cause," though each of our picks — selected by NPR staffers with help from a panel of music scholars and artists — might fill those criteria in a different way. Whether a song originated in America is less important than the role it plays in American culture (so expect to see a few from beyond our borders). From "Battle Hymn of the Republic" to "Lift Ev'ry Voice and Sing," "Dixie" to "Born This Way," we want you to think about what makes an anthem and for whom these compositions can speak.

"Anthems demand something of their listeners," says panelist Shana L. Redmond, author of Anthem: Social Movements and the Sound of Solidarity in the African Diaspora. "These are songs that are meant to stir a certain type of belief in their listeners or their performers." As singer Judy Collins puts it, anthems are "a glorious reminder of our humanity," songs that "propel us to do the right thing." Of course, what qualifies as the right thing depends on your own definition of an anthem — and that's why we need your help.

What's your favorite anthem? Tell us about a special memory of hearing or singing that anthem below. Your answer just might end up in a future American Anthem story.

Tell Us Your American Anthem