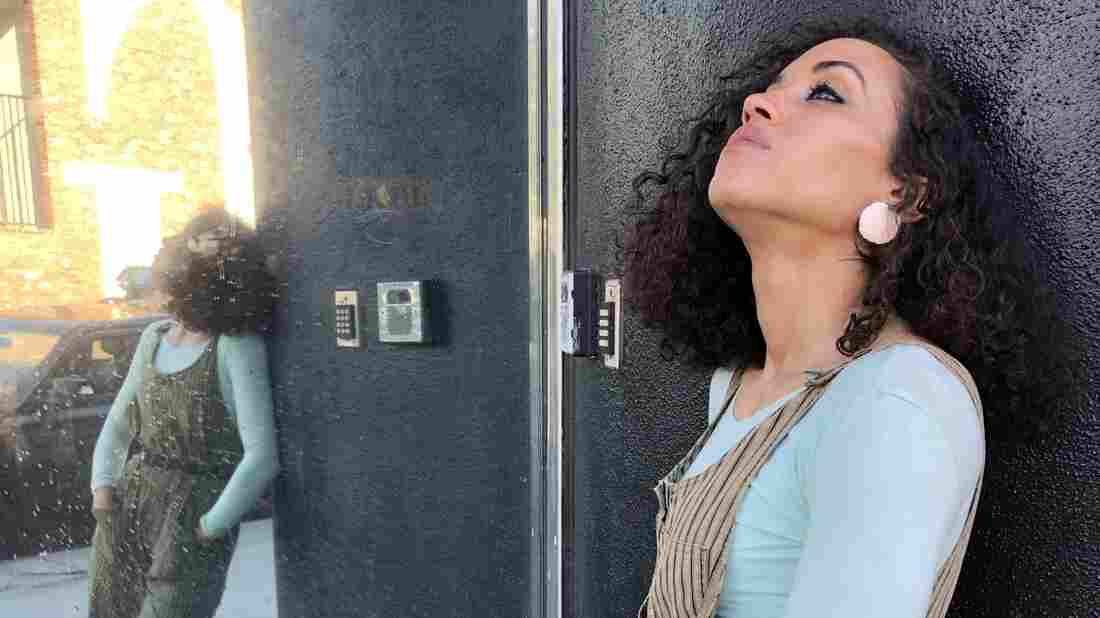 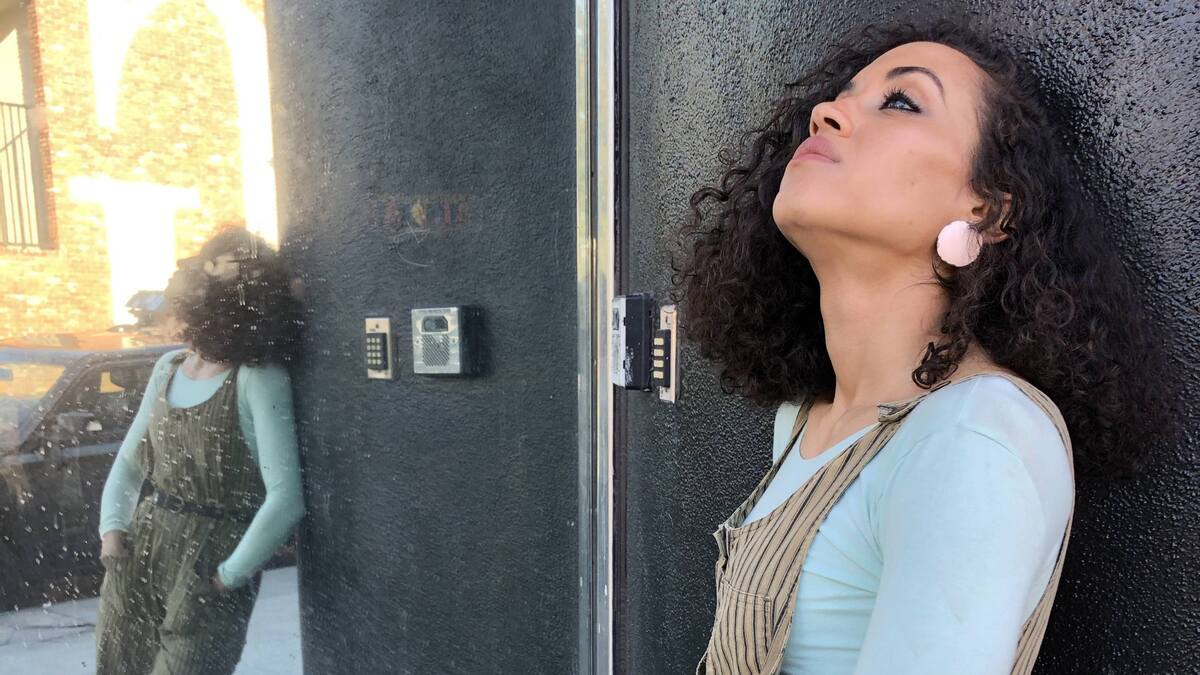 Bella Lieberberg/Courtesy of the artist

Kadhja Bonet's Childqueen opens with words that could have come from a lotus-positioned guru at a wellness retreat: "Every morning brings a chance to renew, a chance to renew." This she sings calmly, in carefully braided, elaborately evolving vocal harmony.

But the surroundings are not exactly tranquil. Behind her there's a solemn military march, the caissons-rolling kind, with sharp rat-a-tats and press rolls from the snare drum. That gives way to a flute-led parade fantasy, and as it unfolds, it's possible to imagine a squad of ballet dancers moving in Nutcracker lockstep across a stage. In less than a minute, Bonet has twisted that opening mantra into a kind of surreal audio choreography, a scene as much as a song.

So it goes with the inventive, inspiringly devious Bonet, a classically trained multi-instrumentalist who wrote the songs and plays almost all the instruments on this 38-minute marvel. She follows that curtain-raiser with a sultry foray into string-kissed Philly soul on the title track, and a riveting take on torch song on "Delphine." Where the other tracks depend on layered and tensely knotted vocal arrays, "Delphine" features Bonet in exceedingly intimate close-up, her silky voice threading through the tricky stair-stepping melody with disarming tenderness.

That song and the celebration of female power "Mother Maybe" have fully developed narratives; Bonet is equally comfortable creating atmospheres that are largely instrumental. The single declaration that drives "Joy" — "Oh, where do you go, joy that makes us whole?" — sends Bonet into a gorgeous string-ensemble passage that manages, somehow, to meditate more deeply on that existential question. One line. Four minutes. A movie in miniature.

Bonet grew up playing classical violin in a musical family — her father's an opera singer, her mother plays several instruments — but did not pursue music until after an unhappy time in film school. The Visitor, her 2016 debut, introduced a musical omnivore gifted in bending violin and conventional instruments to her own devices, and she takes that much further here. These terse, precise, gem-like songs each have a striking visual and/or atmospheric aspect.

In AlgorithmLand, Bonet gets tagged as a creator of "R&B," and that's probably as good as any place for Spotify et. al. to locate her — there are echoes of '70s Stevie Wonder and Curtis Mayfield on Childqueen, and moments where the orchestrations catch the ear-stretching dissonance Clare Fischer brought to Prince's Under the Cherry Moon.

But Bonet's vision renders the genre classifications meaningless. She's doing something profoundly individual here: proof of her idiosyncratic genius is tucked into the tiny background details, like the chorale of mouth-popping percussion that enlivens a verse of "Another Time Lover." Childqueen is loaded with such bits, and that gives it a shapeshifting quality: One day it can seem significantly restrained, more austere than the usual solo artist project, and the next, it feels epic, driven by a warrior's ambition and the determination to seize every chance to renew.