Accessibility links
'Rodin' Shines As A Story Of Both Artist And Art While many biographies of artists focus on their tortured personal lives, Rodin maintains a close focus on sculpture itself and what makes it last. 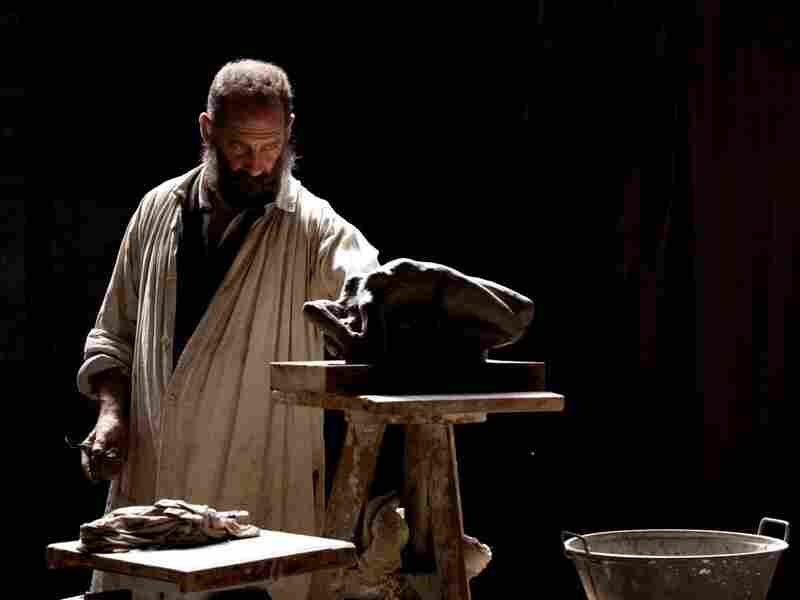 The celebrated french sculptor Auguste Rodin (played by Vincent Lindon) is the subject of the aptly titled Rodin. The film tells the story of the artist's romance with Camille Claudel. Wild Bunch hide caption 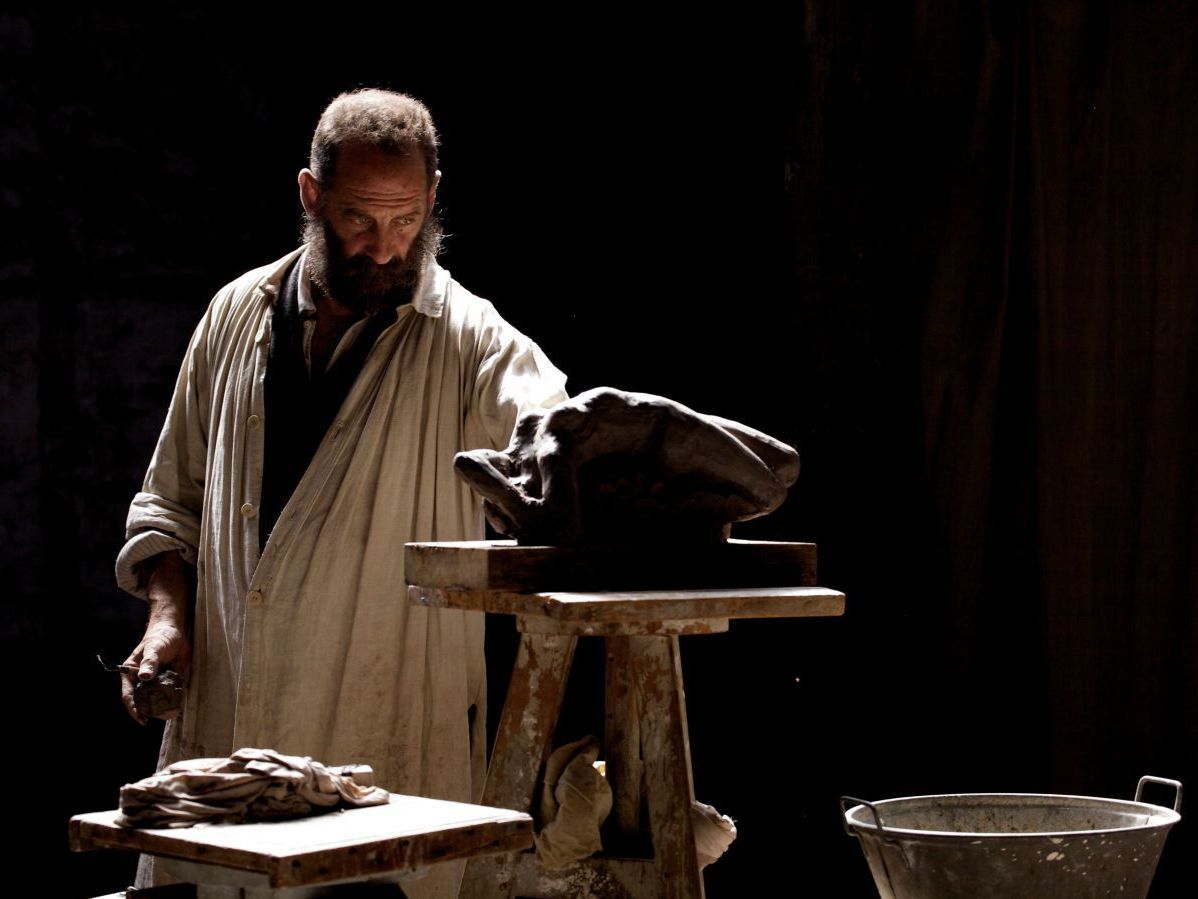 The celebrated french sculptor Auguste Rodin (played by Vincent Lindon) is the subject of the aptly titled Rodin. The film tells the story of the artist's romance with Camille Claudel.

Deep into Rodin, Jacques Doillon's quietly satisfying portrait of the famed French sculptor, a group of stuffy sponsors circles Auguste Rodin's almost completed statue of France's beloved novelist Honore de Balzac. Rodin (Vincent Lindon) has given the writer an enormous gut (he used a pregnant young woman and a draft horse rider as models for the belly), which the artist made capacious enough to house, in his imagination, the teeming characters who peopled the 19th-century writer's stories. And, perhaps, his appetites.

The work bristles with vital physicality, but it's a long way from the heroic dignity and blaring metaphor the visitors were expecting. "You've reduced Balzac to a shapeless mass," one complains, while another observes with malice, "He'd need a neck too." The sculptor acidly inquires whether they'd prefer Balzac to be holding "a quill and inkwells." No one present, Rodin included, grasps the fact that they're witnessing a sea change in modern art.

For all but the fine art mavens among us, Rodin was famous for The Thinker, the muscled dude cogitating with his chin in his fist. In Southern California, where I live, you can wave to the ponderer from the Pasadena freeway as he sits in the grounds of the Norton Simon museum. The poor fellow barely rates a mention in Rodin, except as part of the sculptor's groundbreaking but unfinished work on his first state museum commission, Dante's "The Gates of Hell."

We meet Rodin, smocked and extravagantly bearded, at age 40, feeling his way into new ways of working with his beloved clay, the most malleable of materials. The movie is less a biopic than an inquiry into the man, his art, and his loves, in no particular order and all tangled up in his seven-year struggle to bring the Balzac project to fruition. Rodin had a tempestuous ten-year affair with fellow sculptor Camille Claudel, his student, then his assistant and lover and finally his rival for recognition in France's art world. Claudel, a tragic and therefore more movie-friendly figure who ended up arbitrarily committed by her family to an institution for 30 years until her death, has already been played by Isabelle Adjani in Bruno Nuytten's Camille Claudel (1988) by Juliette Binoche in Bruno Dumont's 2013 Camille Claudel 1915.

Here we meet a very young Claudel, played with verve by the smart and sexy Izia Higelin, standing next to a hulking Rodin in his studio, contemplating the nude figures he's intertwining for the Dante exhibit. "I could be a modest presence by your side," she says slyly. Fat chance: The camera wheels and turns around these two enormous egos from opposite sides of the tracks, both of them passionately sexual and creative, both emotionally labile. Their love is a roller coaster ride, undercut in part by Rodin's fitful loyalty to Rose Beuret (Severine Caneele), a servant whose son by him he refuses to acknowledge but whom he later marries.

History remains murky on whether or not, as Claudel claimed, Rodin was complicit in the lack of recognition for her work. In Doillon's reading, Claudel's gender and the fact that her work was as frankly sexual as her former mentor's certainly play a role. But Rodin's failure lies more in his refusal to commit to her and in pressuring her to abort their unborn child than in blocking her career. Though he mourns the end of their love, he's also freed by it, both sexually and in his work.

Most movies about artists tiptoe reverentially around the art and focus instead on the tortured life. Rodin is very much about the work: Not since Jacques Rivette's magnificent La Belle Noiseuse (1991) has a film zeroed in on creative process with the same obsessive care it devotes to the artist's volatile love life. Less a narrative than a collection of evocative scenes, the film gives us Rodin as a monomaniac without boundaries and an un-self-consciously untutored innovator with form. We see him bond with other misunderstood artists like Claude Monet and Paul Cezanne. But though he's his own kind of Impressionist, working in remembered snapshots of the human form, Rodin is far from hostile to realist representation. He insists on the dynamic primacy of the body as an expression of feeling and character. This is a man who caresses trees; who contorts his hapless models in suggestively weird postures for hours to capture the sexual dynamism of anatomy; who decapitates his own sculptures to test the full measure of the body's expressive power; who refuses to surrender his vision of Balzac to the confines of a museum.

Toward the end of Rodin, we see workers rolling out the statue in the artist's backyard by the light of the moon. In a sweet contemporary coda, a gaggle of Japanese children heedlessly, happily play red-light-green-light around it, with only the wind and a soft cello to celebrate the man who set in motion "the beginning of modern sculpture."