Accessibility links
'A Kid Like Jake' Doesn't Have Enough Jake A film about rich parents using their child's gender expression to get him into preschool doesn't spend enough time getting to know Jake or enough time looking closely at his parents. 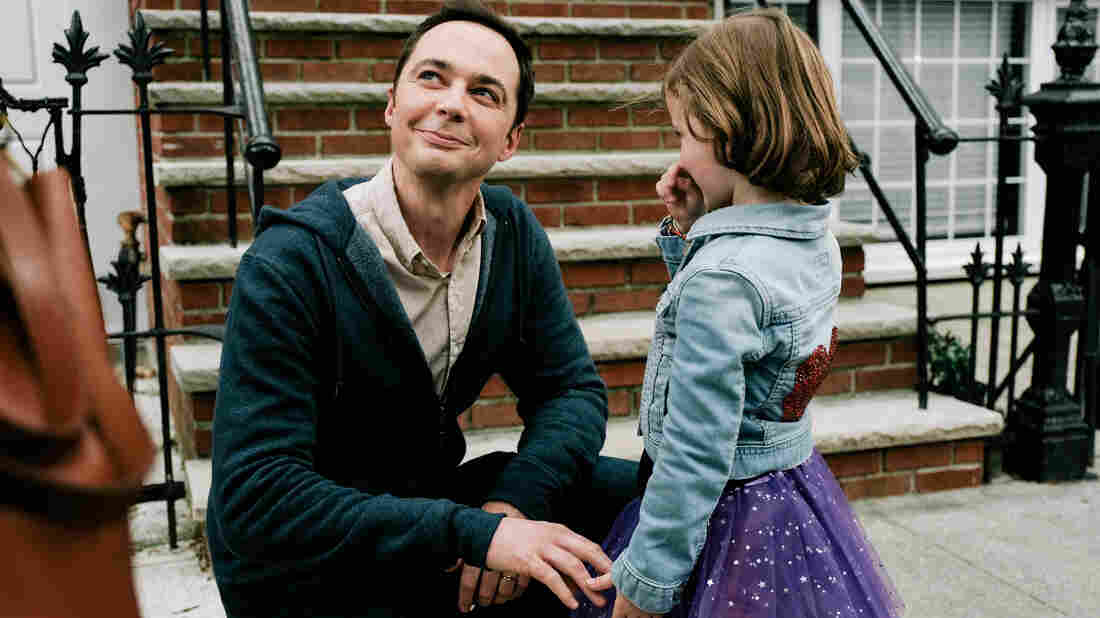 In A Kid Like Jake, Greg (Jim Parsons) is the father of a child engaging in gender expansive play. Jon Pack/Silas Howard hide caption 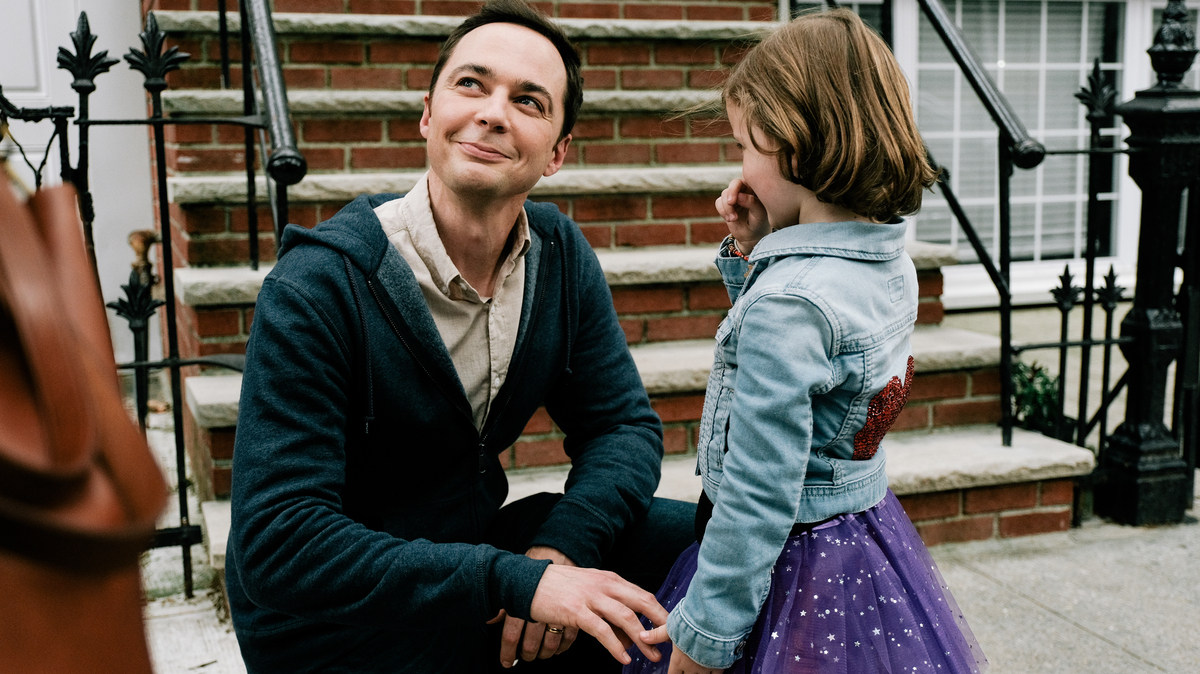 In A Kid Like Jake, Greg (Jim Parsons) is the father of a child engaging in gender expansive play.

Some movies are meant to be genre-nonconforming, and we'd all be a lot happier if they were able to exist like that. But we live in a genre-binary society, where films need easy loglines. A Kid Like Jake is about wealthy, white New York parents who try to leverage their four-year-old son's gender experimentation in order to land him a scholarship to an elite private preschool. It has the soul of a sharp class satire, and occasionally flirts in that direction. Yet it must present itself as an earnest social issues drama in a bid for wider acceptance. So the piano plinks sympathetically and the handheld camera creates a forced kind of intimacy, as in so many other films that have premiered at Sundance, in order to ensure we take this dilemma at face value. Meanwhile, the material is begging for a thick layer of irony or self-awareness that never arrives. It's like an Ira Sachs film that took the wrong subway exit.

Consider all the absurd details of this setup. The parents, Alex and Greg (a frazzled Claire Danes and a lost-looking Jim Parsons), openly vent about the rezoning that's prevented them from sending Jake (Leo James Davis) to the "good" public school. They thrust themselves into a world of admissions essays and percentile scores and children who put on suits and ties so they can look good during their playtime. Throughout all this, the film's director, Silas Howard, keeps little Jake offscreen for almost the entirety of a movie in which he is the central figure. This kind of stuff should probably not be played, for lack of a better word, straight.

The disappearing child, at least, can be explained by the movie's source material: a 2013 play of the same name by Daniel Pearle, who adapts his own work for the screen. Onstage, Jake is discussed but never seen, a familiar dramatic gimmick we can accept in theater because we know we are dealing more with abstractions and approximations. Our thoughts can be with Jake even as we recognize the story is really about his parents. But film inevitably puts us closer to the "real world": we visit Jake's bedroom, overhear him on playdates, and are generally more aware of the space he must inhabit as a human being. Suddenly, the fact that we catch only furtive glimpses of him no longer feels like the right authorial choice. And now it's just weird that his parents rarely take the time to play with him, even as they reluctantly strategize how to make him the preschool diversity choice.

For Howard, a veteran of the San Francisco queer punk scene who became the first trans director of the wildly inventive Amazon series Transparent, the film feels like a missed opportunity. Instead of excavating the psyches of rich white liberals, A Kid Like Jake takes its place among them, like the "Black Lives Matter" sign hanging in the film's heavily gentrified Brooklyn neighborhood. So Alex and Greg get a gay friend, the preschool administrator played by Octavia Spencer, whose sexual orientation is so irrelevant there's even an argument about how irrelevant it is. (This continues Spencer's trend of playing ciphers for audiences to project their enlightenment upon.) They also get a brief interaction with a truly intolerant person, played by Aasif Mandvi, who plays his character broadly enough to be seen from space. We know how the film wants us to feel about him because he takes the time to misgender a trans celebrity.

Since Jake appears so rarely, every second of his screentime is used to communicate the plain fact that he likes to wear dresses and play princess. When he's told he has to be a pirate for Halloween instead of Rapunzel, he throws a screaming fit. The adults, squeamish about what such interests might actually signal, refer to Jake's habits euphemistically as "gender-expansive play," and then distract themselves with tangents like Greg's psychiatry practice (he's counseling an unhappy wife, played by Transparent visitor Amy Landecker) and Alex's feisty mother (The Handmaid's Tale'sAnn Dowd), who's unhappy with her daughter's decision to give up a law job and become a housewife. We eventually get back to Jake, but there's not much time left to do anything but embrace him.

In a 2008 article in The Atlantic, Hanna Rosin followed the mother of a transgender child in a small town. The mom's tentative acceptance of her offspring, despite the hurt she knew might come the family's way from the community, was far from the only dilemma at stake: instead it opened up fascinating, high-stakes questions like which kinds of playdates to schedule and whether to begin administering hormone blockers. To tell those kinds of stories, though, would require thinking of a child as a child—or, at the very least, acknowledging that you're not.