Accessibility links
The Russia Investigations: What 'Collusion' Means Now The current trajectory — if it holds — might be as good a political outcome as the White House could have hoped for: "Collusion" is a thing Democrats believe occurred while Republicans do not. 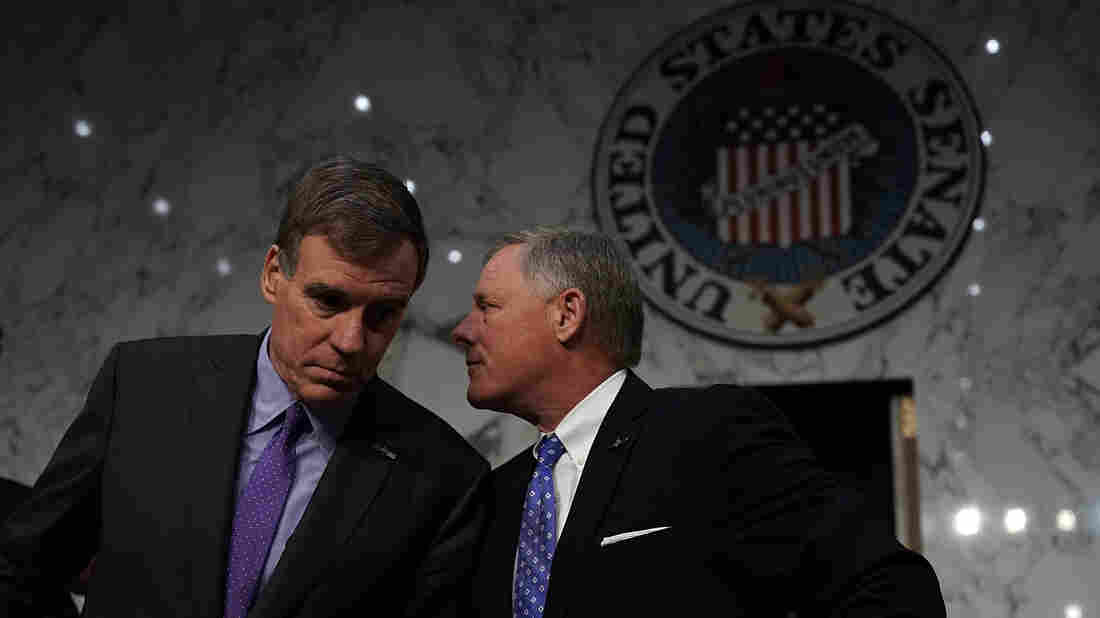 The Senate intelligence committee, led by Vice Chairman Mark Warner (left) and Chairman Sen. Richard Burr, appears to have arrived at a partisan deadlock over whether Donald Trump's campaign conspired with the Russian attack on the 2016 presidential election. Alex Wong/Getty Images hide caption 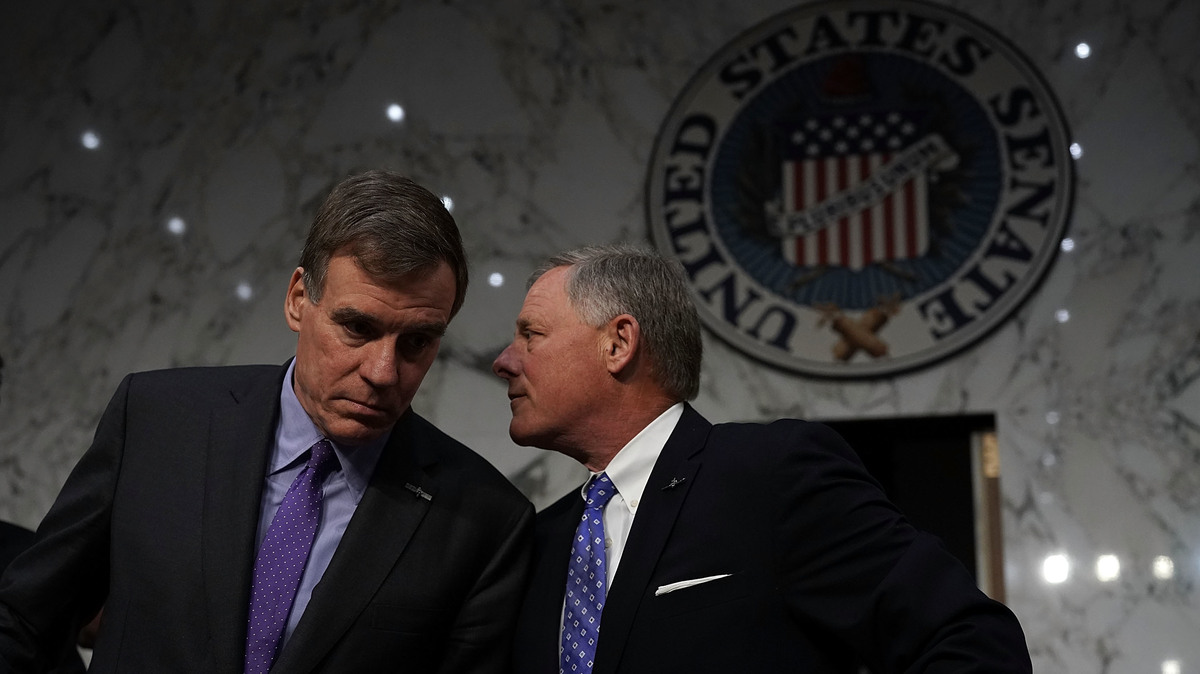 The Senate intelligence committee, led by Vice Chairman Mark Warner (left) and Chairman Sen. Richard Burr, appears to have arrived at a partisan deadlock over whether Donald Trump's campaign conspired with the Russian attack on the 2016 presidential election.

This week in the Russia investigations: If "collusion" is now fully partisan in the House, the Senate and the public, that is good news for the president.

The politics of the Russia imbroglio took a little-noticed but important break last week for President Trump and the White House.

Members of the seldom-seen Senate intelligence committee appear to have arrived at a partisan deadlock over whether Trump's campaign conspired with the Russian attack on the 2016 presidential election, as CNN's Manu Raju and Jeremy Herb reported.

That is not necessarily surprising — in fact, it was predictable. But it confirms that the senators, like their compatriots on the House intelligence committee, haven't uncovered a certified letter to Trump signed by Russian President Vladimir Putin requesting preferential policies in exchange for help in the election — or any other evidence of that magnitude.

If so (or not so), that answers one of the big questions about the Russia story we've been asking all along: Is what's out there now all there is? Raju and Herb's story makes it appear that for senators, the answer may be yes. What is known is all that can be known.

That, in turn, means that "collusion," which was never a legal term and always relied on the eye of the beholder, could remain open to interpretation.

Trump has always denied that members of his campaign conspired with the Russian active measures in 2016 and maintains that stance to this day. A party-line deadlock on both intelligence committees over the evidence in the case suggests that Republicans across the board feel confident about defending that position.

This has been true in the House for months. Now, if it becomes true in the Senate, the battle lines there not only will match in both chambers but also will mirror the apparent state of the country, where any given policy position matters less today than baseline allegiance to Trump — or "resistance" to him.

For Trump and Republicans, that means room to maneuver, especially in concert with the months-long campaign of attacks they've been waging against the FBI and Justice Department.

The ideal situation for the White House would have been to have no Russia imbroglio. But with the one it confronted, the current trajectory might be as good a political outcome as it could have hoped for: "Collusion" is a thing Democrats believe occurred and Republicans do not.

The ultimate outcome will depend on whatever issues from the office of Justice Department special counsel Robert Mueller.

If Trump's opponents won't concede the evidence is airtight, they nonetheless appear inclined to take this case to trial. In fact, Democrats are already making their own separate argument that there is enough evidence of a conspiracy in a lawsuit against the Trump presidential campaign, some members of Trump's inner circle during the 2016 cycle and the Russian government.

The case is there in plain sight, they argue:

Et cetera, et cetera — all twice-told tales by this point and ones in the public view for long enough that there's deep disagreement about what they mean. 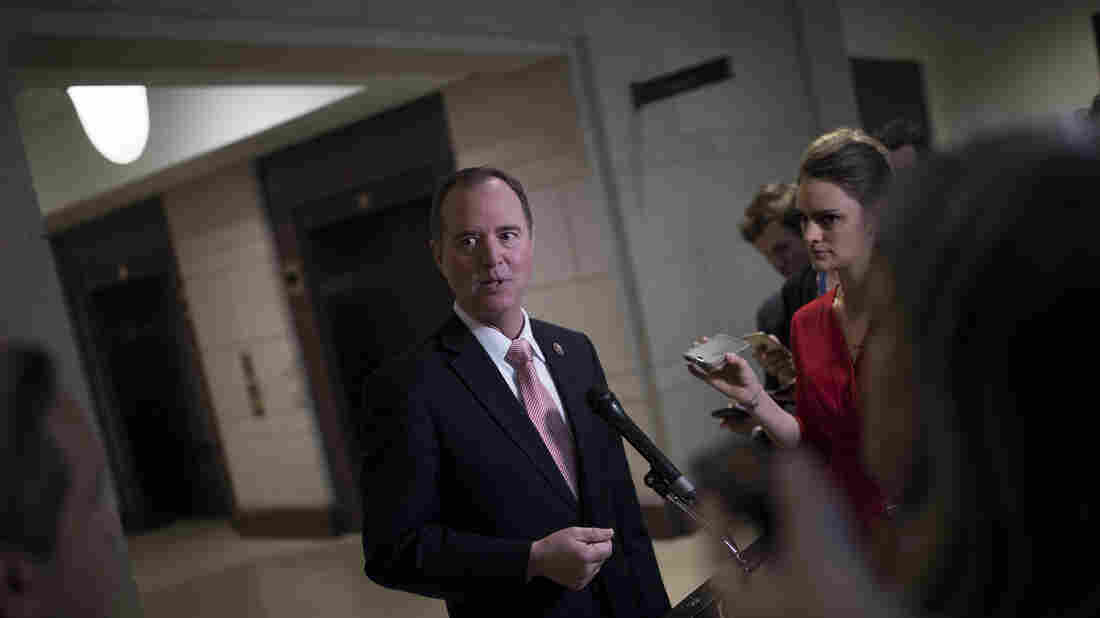 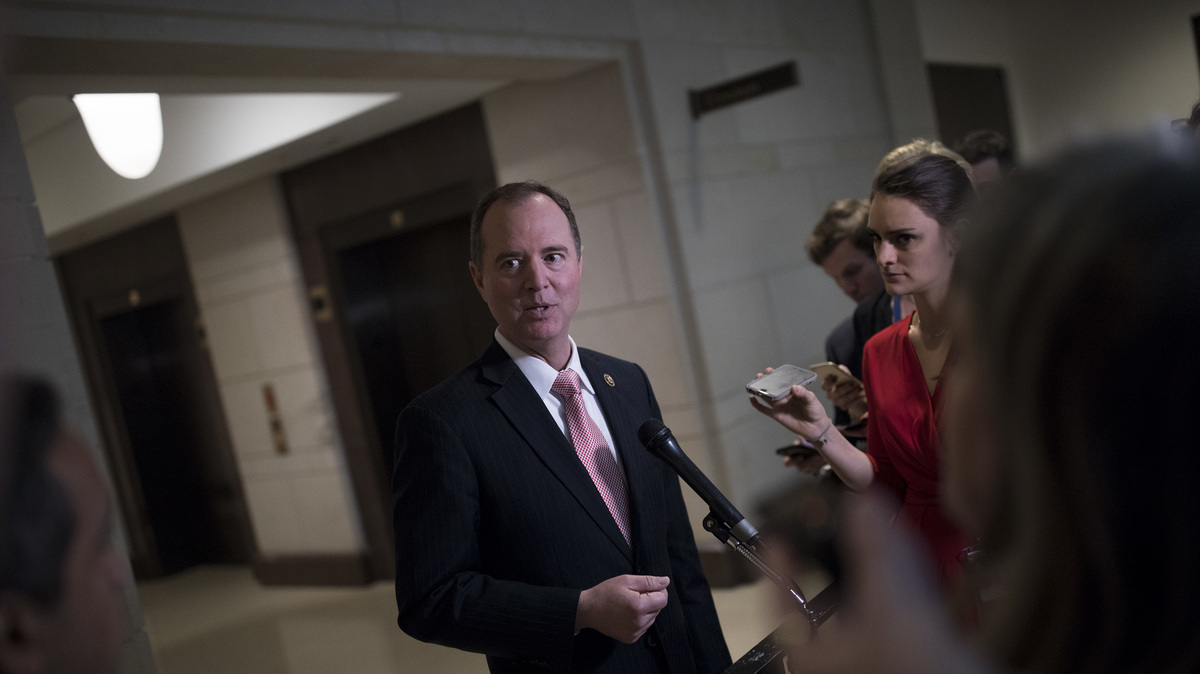 For Republicans on the House intelligence committee, these contacts simply were "ill-advised." And who is to say that all this wasn't just a supporting pillar in the broader wave of active measures?

The Russian government wanted to attack democracy across the West. As at least one former intelligence officer has speculated, the Trump Tower meeting or other contacts may have been intended not as deliberate outreach to make common cause with the campaign, but as an old-fashioned setup.

In the spy game, intelligence officers posted overseas must always be on watch for some kind of scheme to compromise them. Who can say whether the overtures to the Trump campaign were real or simply mischief meant to be discovered to jam up their targets?

(Russian intelligence mischief scales from clandestine break-ins in which operatives leave behind sexually explicit books to slashing tires, killing dogs and beyond.)

The "they were just messing with you" thesis might explain why the Russian operatives who importuned Trump campaign aides used as their bait the promise of Clinton's stolen or missing emails from the time she was secretary of state.

Maybe they had them — people inside Trump world certainly tried to verify what they were being promised — and maybe they didn't. Either way, the messages never actually materialized in public.

Then again, the U.S. intelligence community found, and Mueller's work has verified, that the Russians actually were backing a dog in this fight — in Trump.

To that end, other Democrats' emails did appear in 2016, even if Clinton's didn't — and for Democrats now, that is yet more evidence of a conspiracy.

Later, Stone said on Twitter that Clinton campaign chairman Podesta would have his time in the "barrel," which Schiff suggests Stone got another "preview." Stone told NPR that isn't so. He also has said, however, that he is "prepared" in case he is indicted.

The uncertainty over whether he may — or who else might be — highlights how quickly the political situation in this imbroglio could change again.

"Collusion" does not enter into Mueller's mandate. The public order by which he was appointed directs him to investigate "any links and/or coordination" between individuals associated with the Trump campaign and the Russians and "any matters that arose or may arise directly from the investigation."

When Mueller charged the Russian cyber-operatives who used social media agitation to turn up the volume on controversy inside the United States, he didn't invoke "collusion."

The Justice Department charged the defendants with conspiring to "defraud the United States by impairing, obstructing and defeating the lawful functions of the government through fraud and deceit for the purpose of interfering with the U.S. political and electoral processes."

So for prosecutors, the public and partisan divide over what constitutes "collusion" is immaterial. The Justice Department was never going to charge anyone with "collusion" to begin with.

Even though months of attacks have corroded the public's view of Mueller and the investigation he is leading — especially among Republicans — the feds retain their power to investigate, arrest and charge.

The Russia Investigations: What Just Happened?