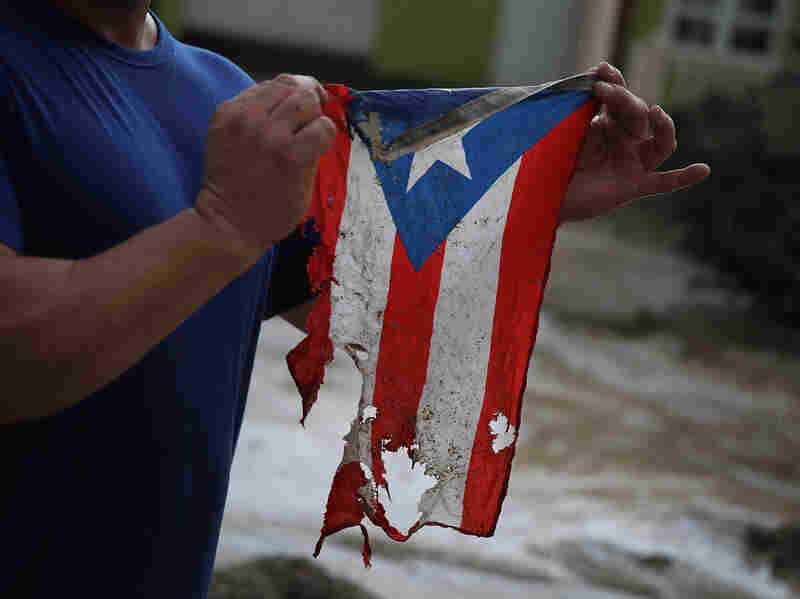 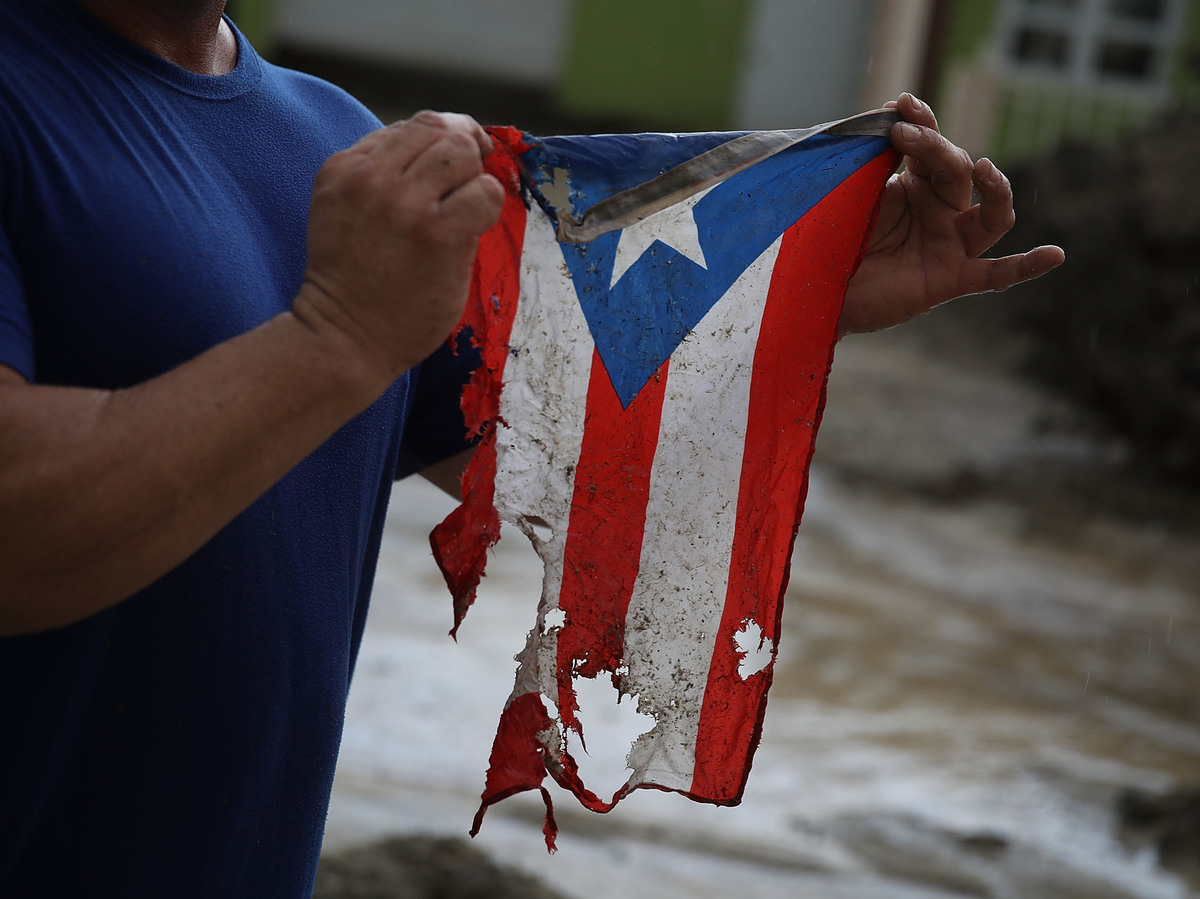 Jose Javier Santana says this torn and frayed Puerto Rican flag is representative of the state of the island now — eight months after Hurricane Maria hit.

On the day this week that Roseanne was canceled because of a racist tweet, researchers from Harvard's T.H. Chan School of Public Health estimated Hurricane Maria caused at least 4,645 deaths in Puerto Rico.

Now that is a story.

That's almost 5,000 people who may have died, more than 70 times the official government toll of 64. It is more than twice the number who died when Hurricane Katrina struck Louisiana and Mississippi in 2005.

And yet, as the Columbia Journalism Review pointed out, Roseanne Barr's repugnant tweet and the cancellation of her hit show received hours of coverage and pontification. A report from Harvard researchers who tried to assess the scale of human destruction suffered by Puerto Rico received just a scintilla of that attention.

There may be practical reasons for this. The Harvard study is an estimate of the number of people who died, drawn from a survey of 3,000 households. An estimate is not hard proof; and it comes eight months after Hurricane Maria assailed Puerto Rico last September with deadly winds and waters.

News organizations covered the hurricane and its effects for weeks last fall and have continued to drop in on that story. But many of the deaths estimated by the Harvard researchers may have occurred in isolated areas in the months following the storm, as people struggled to survive without power, water and reliable food, long after the federal government insisted all had been restored.

A tweet from a Hollywood star or one from a president or the scripted, on-set vulgarity uttered this week by Samantha Bee about Ivanka Trump are on the record and instantly reportable. Deaths that result from a step-by-step deprivation and neglect can be harder to discover, depict and report.

Polls taken shortly before Hurricane Maria struck show that only about half of adults in the United States even know that people born in Puerto Rico are U.S. citizens. Puerto Rico and its people are as American as those from New York or Kansas. Last September, the National Association of Hispanic Journalists called on news organizations to cover the disaster "with equal attention & responsibility that would be given anywhere in U.S."

On Saturday and Sunday, our colleagues on Weekend All Things Considered with Michel Martin will host their show from Puerto Rico. Michel tells us that for some residents, the report from Harvard only confirms what they knew, but that "for others, it is opening up a sore that never healed about feelings of abandonment and disrespect."

A previous version of this story incorrectly said the Harvard study's estimated death toll covers a period of seven months. The estimate accounts for the three months after the hurricane.