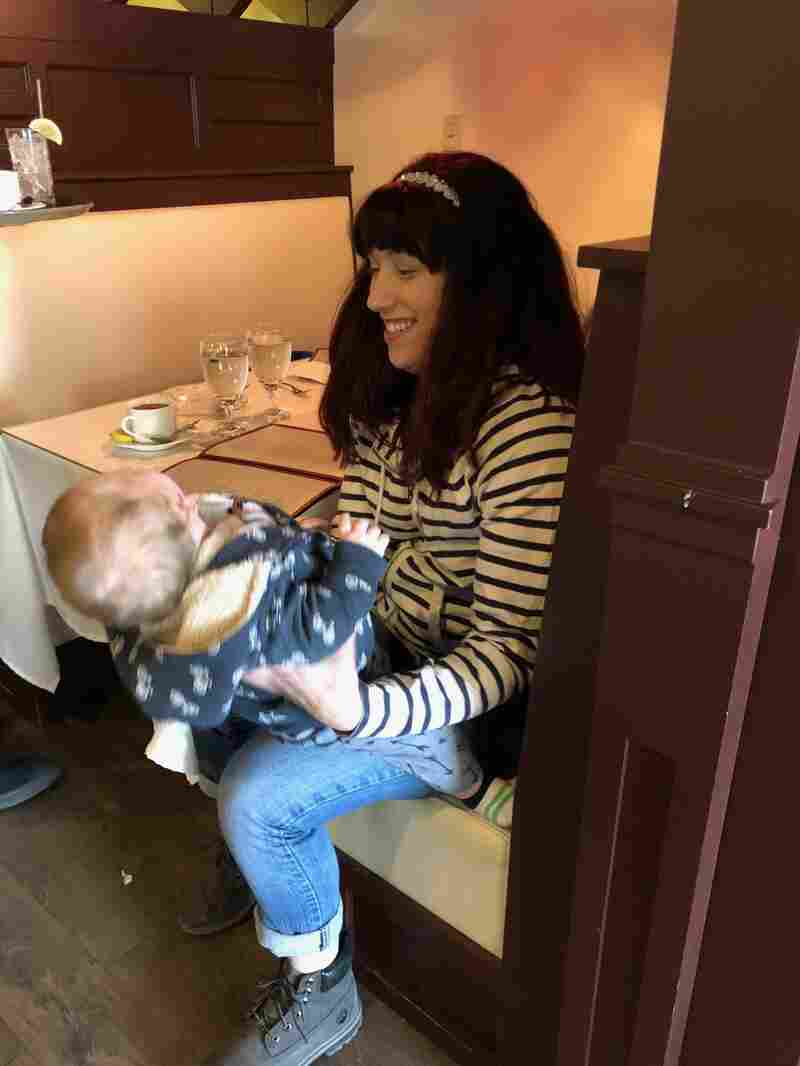 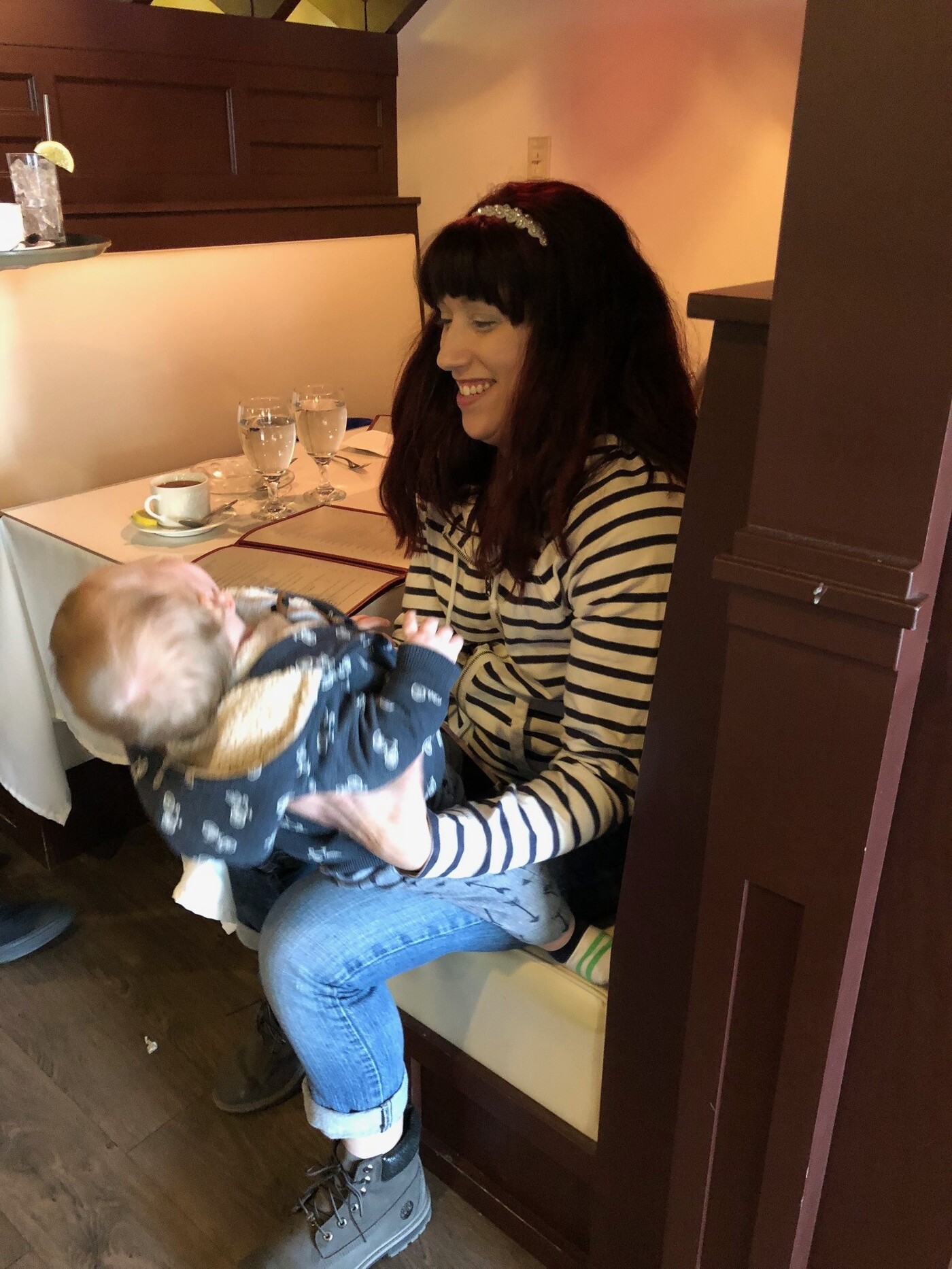 Jillian Broomstein plays with her son.

Jillian Broomstein starts to cry when she talks about the day her newborn son Jeremy was taken from her by New Hampshire's child welfare agency. He was 2 weeks old.

"They came into the house and said they would have to place him in foster care and I would get a call and we would set up visits," she says. "It was scary."

Broomstein, who was 26 at the time, had not used heroin for months and was on methadone treatment. The clinic social worker told her that since Jeremy would test positive for methadone when he was born, she would need to find safe housing or risk losing custody.

So Broomstein moved in with a friend and her kids — but it turned out that friend had her own legal battles with the state's Division of Children, Youth and Families, known as DCYF.

Since Broomstein grew up in foster care and had no family to take her in, Jeremy was taken from her. She had 12 months to try to get her son back or lose her parental rights permanently.

To get their children back, parents struggling with addiction in New Hampshire are required to be compliant in drug treatment and have a safe place to live. If they can't find housing or they relapse, the clock does not stop ticking.

"I cannot stress enough that 12 months is a really short window for somebody who's in early recovery," says Courtney Tanner, who runs Hope On Haven Hill, one of the few places in New Hampshire where pregnant women and new mothers can live with their children and get treated for addiction. But with just eight beds here, the waitlists can be long.

New Hampshire has some of the highest rates of opioid abuse in the country. One of the fastest-growing groups of heroin users is women of childbearing age. In the past few years the number of children taken into state custody has more than doubled, according to DCYF. Last year New Hampshire spent $36 million for foster care.

"Here in New Hampshire what I have seen is a mom can be enrolled in this program and compliant in treatment and they are giving birth to a child and that child is still being removed and put into foster care," says Tanner.

In 2012 state legislators made major budget cuts to DCYF — and those dollars have not been restored. Child welfare workers in New Hampshire have more than triple the caseloads than in many other states, says the agency's director Joseph Rispam. Also as a result of the budget cuts, DCYF can only engage a family once case workers have opened a legal case of abuse and neglect. There's little money to support parents before that happens.

"The result of that is ... that more children coming into the foster care system that otherwise might not if we had the capacity to serve families more holistically up front," says Ripsam.

After her son Jeremy was placed into foster care, Jillian Broomstein continued her methadone treatment and her parenting classes.

She was determined to get her son back. She finally got off the waiting list and got a bed at one of the residential treatment centers for young mothers. After a few months she was reunited with Jeremy. But she was told that her case was unusual.

"I knew it was going to be hard," she says. "Not everybody tries to get their children back, a lot of people I've known just give up, they just resort back to drugs again."

This story was reported and produced in collaboration with our partners at Kaiser Health News.