Accessibility links
Report: In A Letter To Mueller, Trump's Lawyers Say He Can't Be Compelled To Testify The January letter asserts the president's power to end the special counsel probe and to issue pardons, and reveals Trump's broad interpretation of executive power. 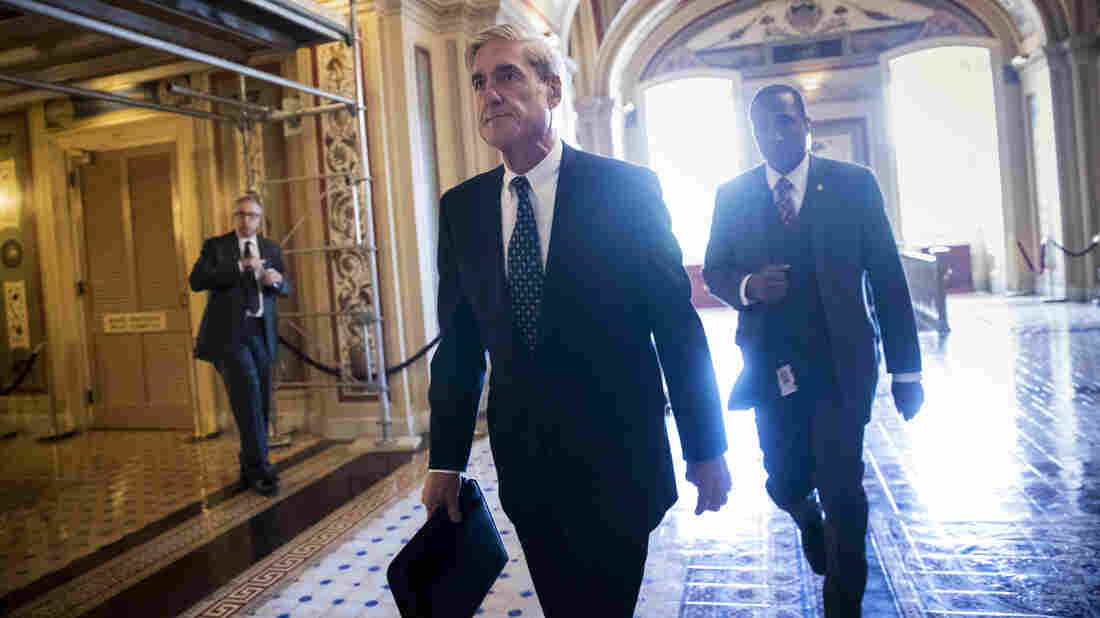 Lawyers for President Trump told special counsel Robert Mueller that he already has the information he needs from thousands of documents they provided, as well as from other testimony. J. Scott Applewhite/AP hide caption 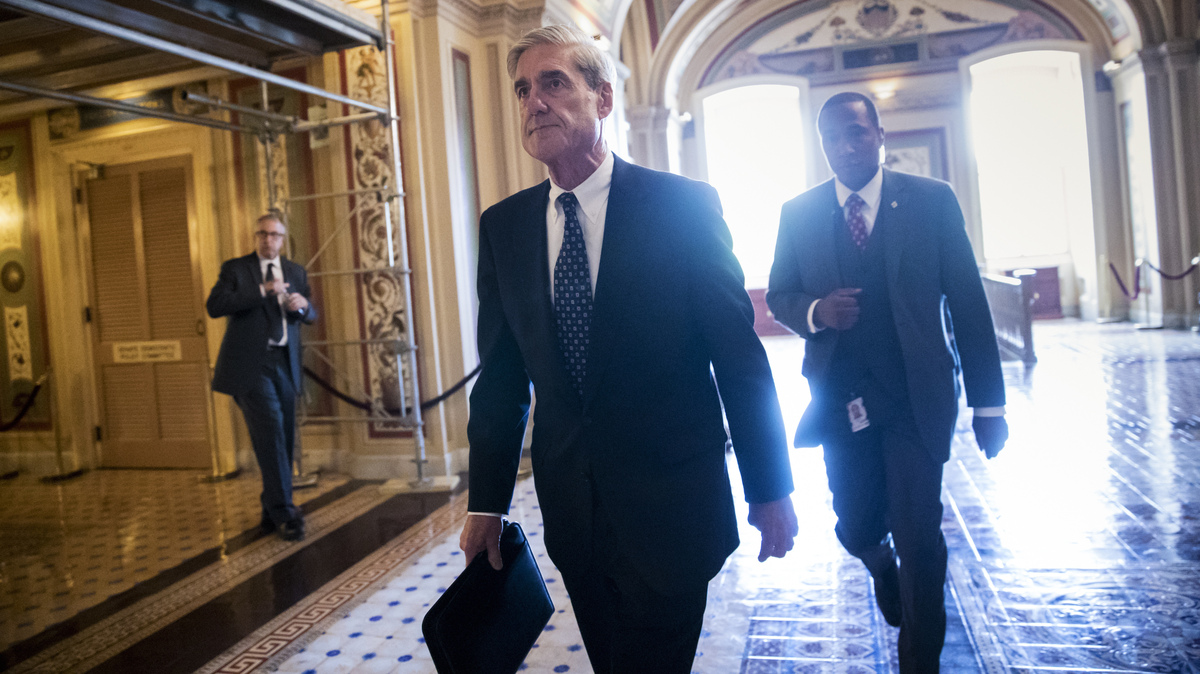 Lawyers for President Trump told special counsel Robert Mueller that he already has the information he needs from thousands of documents they provided, as well as from other testimony.

In a confidential letter obtained by The New York Times, lawyers for President Trump reveal their legal strategy and inform special counsel Robert Mueller that Trump will not comply with requests for an interview. The letter, dated Jan. 29, also says Trump can use his executive powers to pardon if needed.

The New York Times obtained the letter, but its contents have not been confirmed by NPR with either the special counsel's office or Trump's legal team.

Mueller's team is looking into Russian interference in the 2016 presidential election and any possible connections to the Trump campaign.

Lawyers Jay Sekulow and John Dowd, who wrote the letter, say Mueller already has the information he needs from thousands of documents they provided, as well as from other testimony. "We cannot emphasize enough that regardless of the fact that the executive privilege clearly applies to his senior staff, in the interest of complete transparency, the President has allowed — in fact, has directed — the voluntary production of clearly protected documents."

"In light of these voluntary offerings, your office clearly lacks the requisite need to personally interview the President," the letter argues. "The information you seek is 'practically available from another source,' and your office, in fact, has already been given that other source."

In the letter, the lawyers note the importance of the presidency itself.

"We are reminded of our duty to protect the president and his office," they add. "Ensuring that the office remains sacred and above the fray of shifting political winds and gamesmanship is of critical importance."

Sekulow and Dowd, who has since resigned from Trump's legal team, also talk about the priorities and perception of the presidency.

"The president's prime function as the chief executive ought not be hampered by requests for interview," they wrote. "Having him testify demeans the office of the president before the world."

In a Saturday tweet, Trump asked whether the special counsel or Justice Department had leaked the letter to the media. "When will this expensive Witch Hunt Hoax ever end?" he wrote.

There was No Collusion with Russia (except by the Democrats). When will this very expensive Witch Hunt Hoax ever end? So bad for our Country. Is the Special Counsel/Justice Department leaking my lawyers letters to the Fake News Media? Should be looking at Dems corruption instead?

The Times does not indicate how it obtained the letter.

The Times reports that Trump lawyer Rudy Giuliani said in an interview that "Mr. Trump is telling the truth but that investigators 'have a false version of it, we believe, so you're trapped.' And the stakes are too high to risk being interviewed under those circumstances, he added: 'That becomes not just a prosecutable offense, but an impeachable offense.' "

According to the Times, the letter was hand-delivered to the special counsel's office in January and sets the stage for a potential subpoena fight. Mueller will have to decide whether to go ahead with a historic grand jury subpoena of a sitting U.S. president.

The letter outlines 16 topics Mueller's team intends to question Trump about, including the firing of FBI Director James Comey. The letter says that even if Trump did order the termination of an investigation, "this could not constitute obstruction of justice." It contends that Trump has the power to shut down any investigation by the FBI or Justice Department "at any time and for any reason."

"Every action that the president took was taken with full constitutional authority pursuant to Article II of the United States Constitution," the letter states. "As such, these actions cannot constitute obstruction, whether viewed separately or even as a totality."

The lawyers also seem to hold out the possibility of a pardon for former national security adviser Michael Flynn. The letter states the president "could, if he wished, terminate the inquiry, or even exercise his power to pardon if he so desired."

"Of course, the president of the United States is not above the law," Dowd and Sekulow wrote, "but just as obvious and equally as true is the fact that the president should not be subjected to strained readings and forced applications of clearly irrelevant statutes."