Accessibility links
After Weeks Out Of The Public Eye, Melania Trump Re-Emerges At White House Event First lady Melania Trump had been out of the public eye for weeks following treatment for what the White House described as a benign kidney condition. 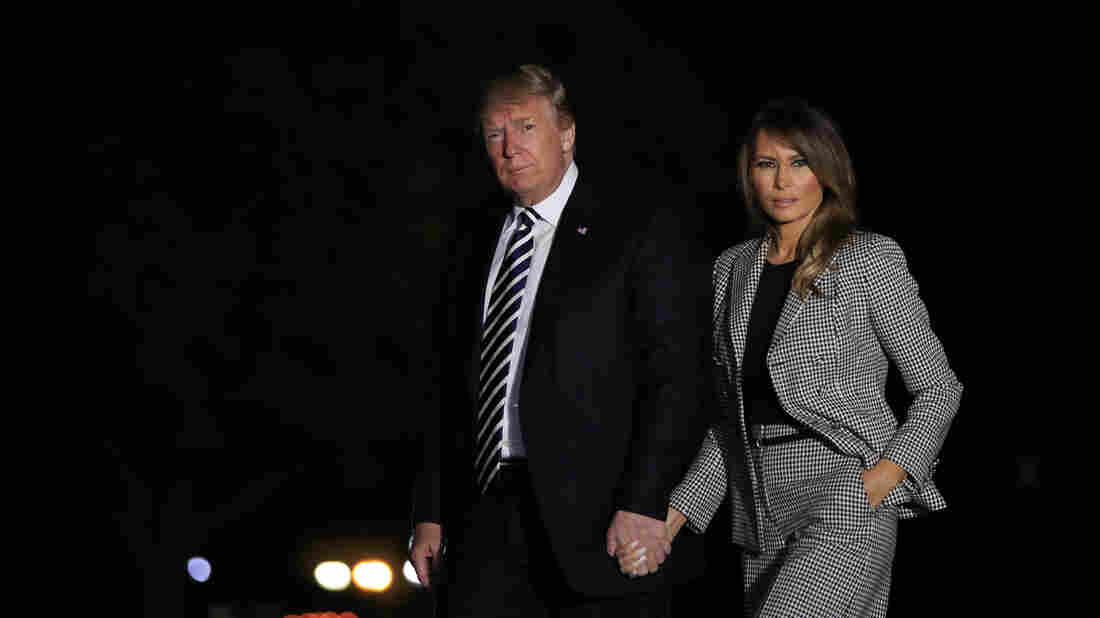 President Trump with first lady Melania Trump returns to the White House May 10, 2018, after greeting three freed Americans who had been detained in North Korea. Until Monday night, May 10 was the last time the first lady had been seen publicly. Manuel Balce Ceneta/AP hide caption 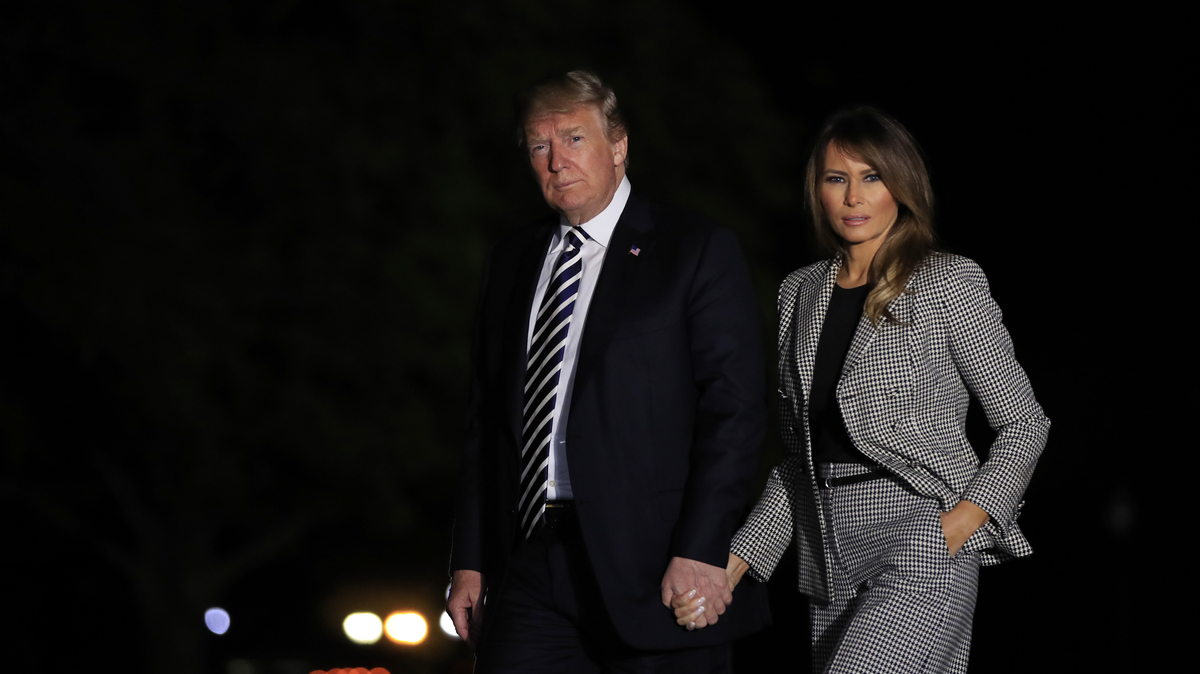 President Trump with first lady Melania Trump returns to the White House May 10, 2018, after greeting three freed Americans who had been detained in North Korea. Until Monday night, May 10 was the last time the first lady had been seen publicly.

First lady Melania Trump has re-emerged after weeks away from the public eye, making her first appearance since she was hospitalized for a kidney condition last month.

The first lady appeared alongside her husband on Monday evening at an event honoring the families of fallen military service members.

"It was a privilege to welcome Gold Star Families to the White House today to recognize our Nation's fallen heroes and their families," the first lady said in a statement released by the White House Monday evening. "To all those who have lost loved ones in service to our country, our nation grieves with you. It is a solemn reminder that we, the American people, are able to live as freely as we do because of the selfless sacrifices of our men and women in uniform. We remain indebted to each of them and we honor them today, together, with their families."

She'd last been seen on May 10, when she appeared alongside President Trump as he welcomed three American detainees released by North Korean leader Kim Jong Un.

That long absence prompted questions about her health and whereabouts. She'd recently spent several days at Walter Reed National Military Medical Center after undergoing a surgical procedure for what a spokeswoman described as a benign kidney condition.

During the White House event for Gold Star families, President Trump alluded to the speculation, according to reporters in the room. CNN's Kate Bennett tweeted that the president referred to his wife's presence in the room, joking, "Did she leave him?"

"Did she leave him?" @realDonaldTrump jokes about the rumors surrounding @FLOTUS's lengthy absence from public view. A sort of awkward bit of humor in a room full of military families who have lost loved ones.

In recent days, communications director Stephanie Grisham has said the first lady is "doing really well," but had declined to provide details about her condition. In an email to NPR on May 29, Grisham said Melania Trump had "been involved in several internal meetings with staff" since leaving the hospital.

"We've been going over her initiatives and other long-term planning for events such as the congressional picnic and 4th of July," Grisham said.

As President Trump left the White House on May 25, he said his wife was "doing great," in response to a question shouted by a reporter.

"She's looking at us, right there," he said, gesturing toward the residence.

On May 7, the first lady unveiled her "Be Best" campaign, a slate of policy initiatives focused on the well-being of children. In that speech in the White House Rose Garden, Mrs. Trump promised to continue to travel the country highlighting organizations and initiatives that are working to address problems affecting children, including the opioid crisis and bullying on social media.