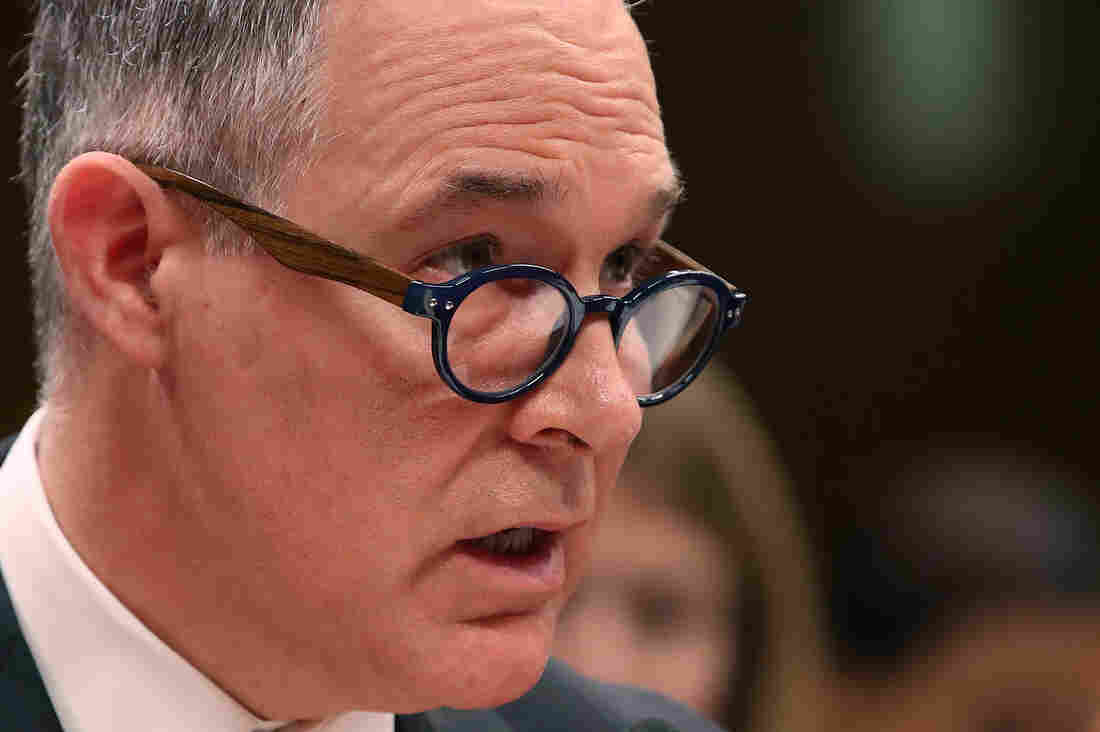 EPA Administrator Scott Pruitt, testifies during a Senate hearing last month. Pruitt is facing multiple investigations for his official spending. According to a memo released by House Democrats, one of Pruitt's aides said he asked her to run personal errands on his behalf. Mark Wilson/Getty Images hide caption 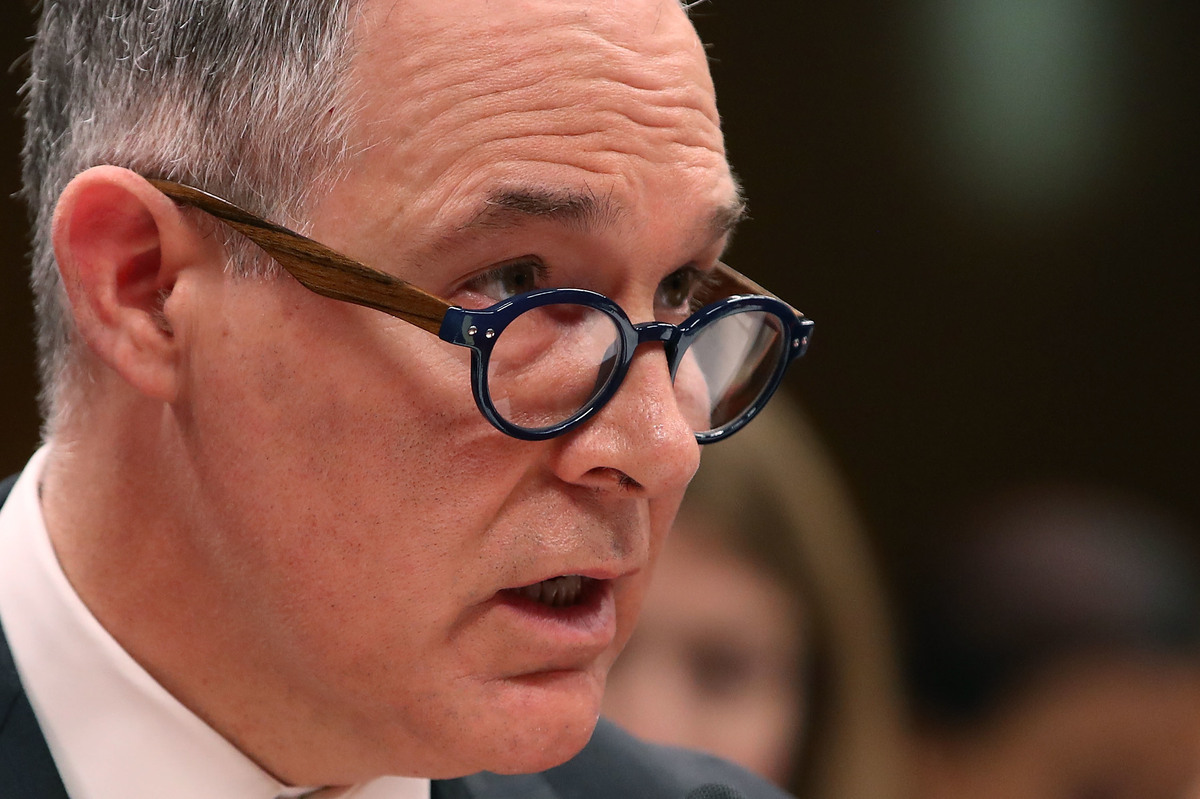 EPA Administrator Scott Pruitt, testifies during a Senate hearing last month. Pruitt is facing multiple investigations for his official spending. According to a memo released by House Democrats, one of Pruitt's aides said he asked her to run personal errands on his behalf.

Millan Hupp, Pruitt's director of scheduling and advance, told House investigators last month that she couldn't track down the mattress, and didn't know if Pruitt ultimately got one.

A spokeswoman for the Trump International Hotel had no comment on any aspect of the story.

An investigator allowed, "It sounds like an odd conversation."

A transcript of segments of the lengthy interview, released by committee Democrats, quotes Hupp as saying she didn't know why Pruitt wanted the used mattress. But she said the mattress project came when Pruitt and his wife were apartment hunting, and Hupp was helping them.

Hupp's involvement would seem to violate federal ethics rules, which prohibit federal workers from doing private work for their superiors.

Hupp said she contacted agents and toured properties on the Pruitts' behalf over a couple months, usually during her lunch hours. She recounted how one agent found them an apartment, but after moving in, the Pruitts decided they weren't comfortable in the neighborhood. The Pruitts negotiated an end to the lease, and Hupp resumed her search.

Hupp also said she booked Pruitt a flight to the Rose Bowl, using her vacation time and his personal credit card.

Pruitt is under scrutiny by the EPA Inspector General, Congress's Government Accountability Office, and several congressional panels on a range of issues. He's stopped flying first class, which violated government standards, but has used lobbyists to arrange trips. He had a $43,000 soundproof booth built in his office, and got a sweetheart deal on a temporary apartment from the wife of an EPA lobbyist. He also allegedly retaliated against EPA whistleblowers who reported ethics problems.

Cummings and Connolly wrote it appears that Pruitt "crossed a very clear line and must be held accountable."

EPA spokesman Jahan Wilcox said in a written statement that Pruitt's office is "working diligently with Chairman Gowdy" and is in "full cooperation" in providing documents to House Oversight.

When asked by reporters during Monday's White House press briefing, press secretary Sarah Sanders said the administration was "looking into the matter" but that she "couldn't comment on the specifics of the furniture used in his apartment."