Accessibility links
Physicists Say They Have Evidence For A New Fundamental Particle Physicists' understanding of the nature of the universe has taken a blow. An experiment with neutrinos has produced a result that breaks the rules scientists think govern the subatomic world.

Physicists' understanding of the nature of the universe has taken a blow. An experiment with neutrinos has produced a result that breaks the rules scientists think govern the subatomic world. 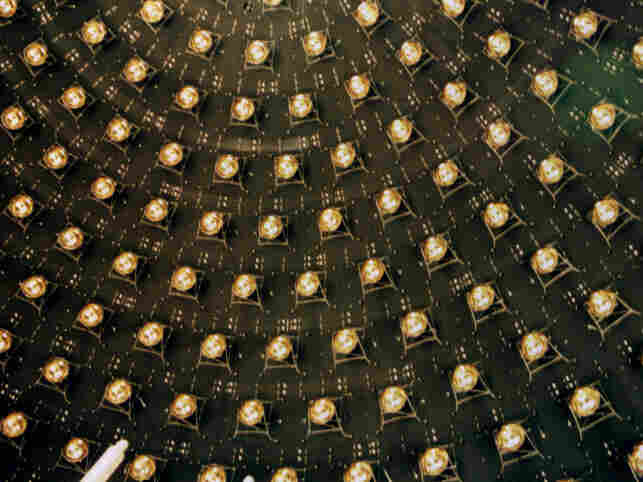 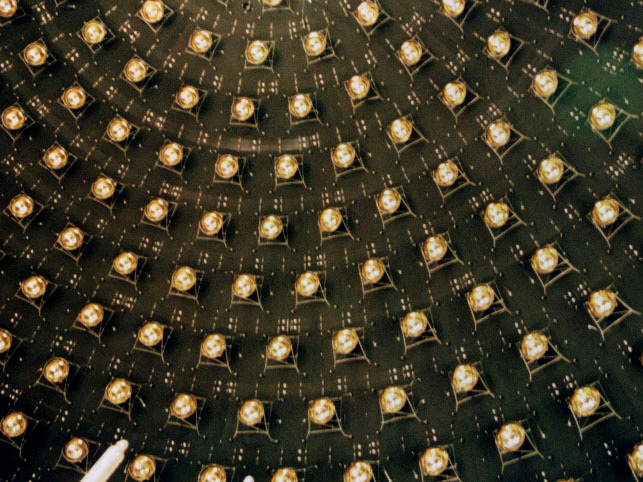 This story of a tiny particle could be really big. Physicists say they have evidence for the existence of a new fundamental particle, as they call it. If it's confirmed, it could overturn what scientists think they know about how the universe is put together. NPR's Joe Palca reports.

JOE PALCA, BYLINE: You may not be intimately familiar with particles called neutrinos, but they're intimately familiar with you. Thousands of billions of them are passing through your body every second. They're one of the most abundant particles in the universe, and they fit into something called the standard model. That's a set of predictions about just about everything - all fundamental building blocks of matter and the forces that work on them.

JANET CONRAD: One of the patterns that we've noticed in the standard model is that things seem to come in threes.

CONRAD: So, for example, there are three families of quarks.

PALCA: Quarks are the things that make up the proton and the neutron. So when neutrinos were discovered in the late 1950s, physicists assumed there would be three of those, and in fact they've since found three. But then in the 1990s, an experiment suggested there might - might - be a fourth kind of neutrino and that would break the rules and shake the foundations of what physicists think they know about - well, about everything. For some strange reason, physicists dubbed this elusive oddball the sterile neutrino.

CONRAD: Yes, I think it's a terrible name.

PALCA: But for now, we're stuck with it. Anyway Conrad says she and her colleagues designed an experiment called MiniBooNE - another strange name - to see if they could find more evidence for the sterile neutrino. In the experiment, a beam of neutrinos is shot into a spherical container filled with 818 tons of mineral oil. The neutrinos will interact with the carbon atoms in the oil. Those interactions produced a particular signal. But Conrad says they saw an extra signal.

CONRAD: And to have an extra signal, you need to somehow introduce an extra neutrino into your model if that signal turns out to be a real signal.

PALCA: After years collecting data, Conrad says they think the extra signal is real and that they have evidence the sterile neutrino is really there. So does this mean the foundations of physics are effectively rocked? Well, not quite. Conrad says they need more evidence, and Jonathan Link agrees. He's a particle physicist at Virginia Tech. I reached him by cellphone in Germany as he was headed for a scientific conference about neutrinos. He says the standard model has been around basically unchanged for 50 years.

JONATHAN LINK: And, you know, everyone is looking for it to break. But of course to break it requires really ironclad evidence, and we're not there yet.

PALCA: But we may be getting there. Joe Palca, NPR News.