Accessibility links
In Lauren Groff's 'Florida,' Everything's Out To Get You Groff's new short story collection, Florida, is a dark, visceral tribute to the state she has called home — though sometimes reluctantly — for the past 12 years. 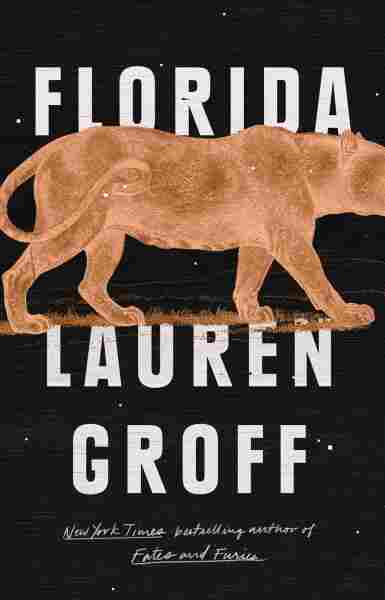 "Florida in the summer is a slow hot drowning." That's one way Lauren Groff describes the state in her new collection of short stories. In another part of the book, she calls Florida "a damp, dense tangle. An Eden of dangerous things." Why Florida? "I've lived here for 12 years and it's still so alien and fecund and steamy and strange to me," she says. "Reptilian, dangerous, teeming — I mean, there are so many things that you could call Florida."

On the dangers of Florida

There are snakes everywhere, alligators in retention ponds, the mosquitoes are the size of house flies, I mean, everything ... and if it's not the hurricanes, it's the termites, right? Something's going to take your house down. So it feels like there's this deep, dark something happening at the center of the state, and yet we're just pouring sunshine over it, and that feels very much like a microcosm of America, right? I mean, there's a lot of darkness happening, and we pretend that everything is fine, we pour sunshine on everything.

On headlines about "Florida Man"

... it feels like there's this deep, dark something happening at the center of the state, and yet we're just pouring sunshine over it, and that feels very much like a microcosm of America, right?

I love Florida Man! That's the funny thing, that's the stereotype that everybody knows about Florida, is if something weird happens in the U.S., 80 percent of the time it has happened in Florida. Someone has been standing on top of his car, throwing golf balls at a police car, that's definitely, that has happened in Florida ... This book is very internal, right? It's very much about domesticity, and resisting domesticity, and nature sort of imposing itself on people. It's dark, but it's psychologically dark.

On her similarity to one of her characters

She's not not me ... she's not me, she's a fictional character, someone that I know, made grotesque, basically, that's what I think of. There's no such thing as fiction that is not somewhat autobiographical. Likewise, there is no such thing as memoir that is not fictional. And it's possible that some of the things that this narrator says and thinks are things that I myself have said and thought. But I think in general, I'm less grotesquely frightened of the world.

On the significance of snakes in the book

Snakes are the most untamed thing I can think of, right? The most wild, the least concerned about humanity. They're the one thing that I see, even now after 12 years in Florida — and I see them almost daily, because I go for a run out in the prairie a lot — they're the one thing that actually sends visceral horror through me, like a lightning bolt ... I mean, snakes are very much related to the pigeon brain in me, that is just full of dread.

On whether Florida will ever stop seeming alien

I don't want it to, I don't want it to because I'm a writer of fiction, and I think that if you feel too comfortable, you're writing from the inside, and so I think that the role of the fiction writer is very much to press up against the strictures of the society and the people within the society. So if you're writing from the inside, you can't do your job in a lot of ways. But also, I truly don't actually think that I would be happy anywhere! I'm a fiction writer, and it's possible that I would feel the same dread if I lived on my own island in the Caribbean ... even though I still struggle against this crazy state I find myself living in every single day, I am grateful for the struggle.

This story was produced for radio by Jolie Myers and Lauren Hodges, and adapted for the Web by Petra Mayer.