Accessibility links
Musician And 'Whale Whisperer' Sued For Defrauding Investors Of $3.3 Million The SEC has accused musician, producer and entrepreneur Paul Gilman of defrauding investors in a sound-based technology he claimed to have developed that would affect the physics of oil.

Musician And 'Whale Whisperer' Sued For Defrauding Investors Of $3.3 Million

Musician And 'Whale Whisperer' Sued For Defrauding Investors Of $3.3 Million 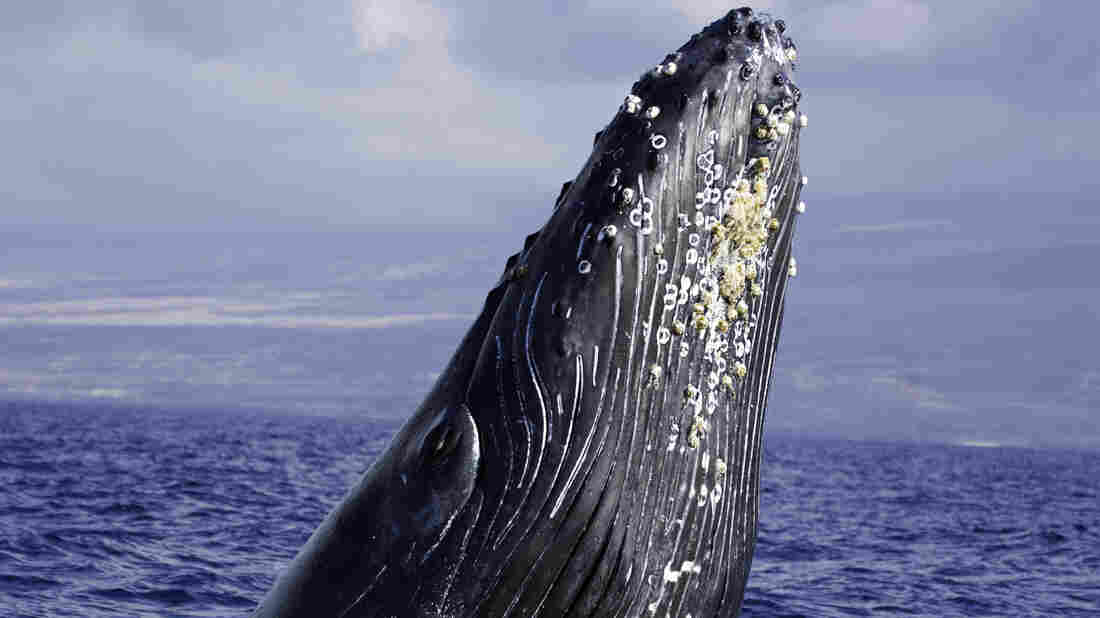 Breaching humpback whale in Hawaii, where the musician and entrepreneur Paul Gilman spent time attempting to communicate with the animals via music. VW Pics/UIG via Getty Images hide caption Breaching humpback whale in Hawaii, where the musician and entrepreneur Paul Gilman spent time attempting to communicate with the animals via music.

The New Age composer, rock music producer, entrepreneur and filmmaker Paul Gilman, who produced a film about using music to communicate with ocean mammals, is being sued by the Securities and Exchange Commission for allegedly defrauding 40 investors of $3.3 million over the course of three years.

Filed Monday in Texas federal court, the SEC's suit against Paul Gilman, who it says refers to himself as a "whale whisperer," accuses him of misleading investors in his three companies, GilmanSound, WaveTech and Oil Migration Group (OMG). GIlman claimed that OMG had developed "revolutionary technology based on 'sonication' that would transform the oil and gas industry by using soundwaves to cheaply and effectively lower the viscosity of oil," according to the complaint, which would presumably lower the cost of oil distribution and processing. With WaveTech, Gilman claimed to have developed a separate sound-based technology for water separation and purification of oil, the SEC alleges.

Multiple attempts to contact Gilman's representation, Dallas-based attorney John Teakell, were not returned. Teakell did give a statement to USA Today on Tuesday however, saying his client "believes that the evidence will show that the subject technology was being developed and continued to be developed. Therefore, he had no intent to defraud anyone." Multiple attempts to contact WaveTech were not returned. Calls to Raymond McGlamery, the registered agent of Oil Migration Group, were also not returned.

The SEC claims Gilman misled several individuals about what their investments would be used for, and that he instead spent the funding on travel, designer clothes and cash withdrawals at casinos. Those investors included a nurse in Dallas, from whom he is said to have taken $540,000, a psychology professor in Parker, Texas,. from whom he received $60,000 and a church minister in Franklin, Tenn., who gave him $100,000. The latter received a repayment of $100,000 after he became "disillusioned with Gilman" and asked for his money back, which the SEC refers to as a "Ponzi payment" — besides that Ponzi payment and a separate legal settlement, the government claims no money raised by Gilman was ever returned to investors.

The companies were the most recent in a long line of projects related to sound and music from Gilman.

While GilmanSound's exact purpose isn't clear — a report on its work from 2014 said Gilman was "coy about how the system works" — it was founded in order to improve the audio of sports stadiums, and secured at least two clients, both in Texas, that NPR could confirm. And the work it did still gets a thumbs-up from at least one of its customers.

"In 2011, the Texas Rangers purchased equipment and paid for service from GilmanSound to improve the audio system in the Globe Life Park seating bowl," says John Blake, executive vice president for the Texas Rangers, in a statement to NPR. "The work certainly enhanced the sound, especially as it pertained to the audio on the video boards and the ballpark speakers. Our dealings with GilmanSound have been very professional. Other than that, we really have no other comment."

The Houston Astros declined a request to comment, but did confirm that Minute Maid Park, its home stadium, also installed technology from GilmanSound. However, the SEC accuses Gilman of misappropriating investor funds from GilmanSound as well, after it "failed to perform" — NPR was unable to find up-to-date contact information for GilmanSound.

In a 2015 interview with author Alena Chapman, Gilman explained his work with whales and dolphins, which eventually led to the 2004 film Ocean Odyssey.

During that interview, Gilman said he was led to the project after receiving a call while working with John Phillips, of The Mamas and The Papas. "I'm in a studio with Papa John Phillips, producing for him ... I get this call from a gentleman named [indecipherable] from Hawaii, and he's a kahuna, a medicine man, who had heard my music through friends. He called up and said 'You are the one who will carry the message to the whales and dolphins, you must be here tomorrow.' I looked at John and said, 'I have to go now.' " Gilman goes on to explain how he cultivated a relationship with that kahuna, which led him to research direct communication, through music, with whales and dolphins.

Ten years before Ocean Odyssey, Gilman released an album of ocean-themed ambient music, Uncharted Seas. That album was followed in 1997 by another New Age record, From the Other Side.

So, given that Gilman appears to have spent his life working in both music and technology, the question has to be asked: Could this oil project of his ever, if developed, bear fruit?

Sanat Kumar, professor of chemical engineering at Columbia, tells NPR that Gilman's oil viscosity technology is "not out of the realm of possibility, but very unlikely. To reduce a liquid's viscosity you would need to apply sound at frequencies comparable to or faster than that of the liquid molecule — a molecule in a liquid is bouncing around like a dust particle in a beam of light, only much, much more rapidly. These frequencies are much too high, something like 109 or 1010 Hz - remember that humans only hear between 20 and 20,000 Hz. At these frequencies you will cause cavitation in the liquid that could cause damage and possibly destroy whatever [is] carrying the oil."

In a trailer for Ocean Odyssey, a voice-over explains: "Paul Gilman's calling will bring him face to face with a defining moment that will help us all realize how little we know, how much we have to learn. A moment that will inspire us to believe in those things we can't prove with research and statistics. Things that can only be explained with our hearts."