Accessibility links
Ryan Says There's 'No Evidence' The FBI Informant Spied On Trump's Campaign Speaker Paul Ryan backed up House Oversight Committee Chairman Trey Gowdy's interpretation of the use of an FBI informant that has come under fire from President Trump. 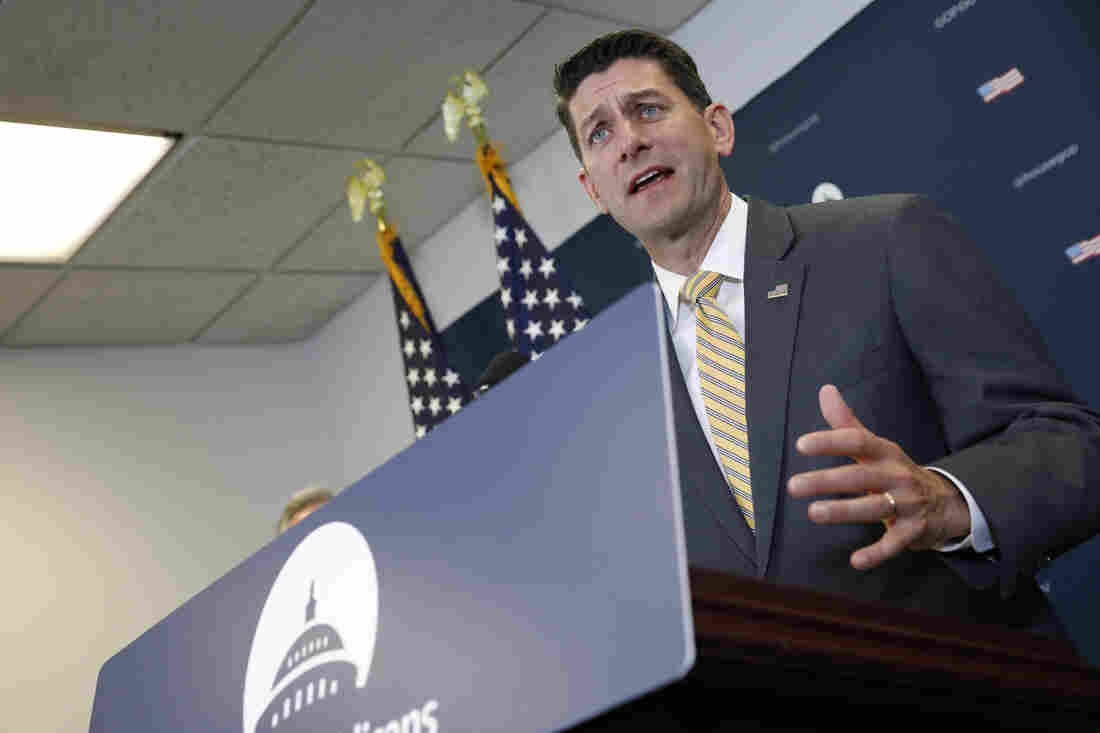 House Speaker Paul Ryan, R-Wisc., told reporters at a press conference on June 6 that he sees "no evidence" that the FBI spied on President Trump's campaign in 2016. Aaron P. Bernstein/Getty Images hide caption 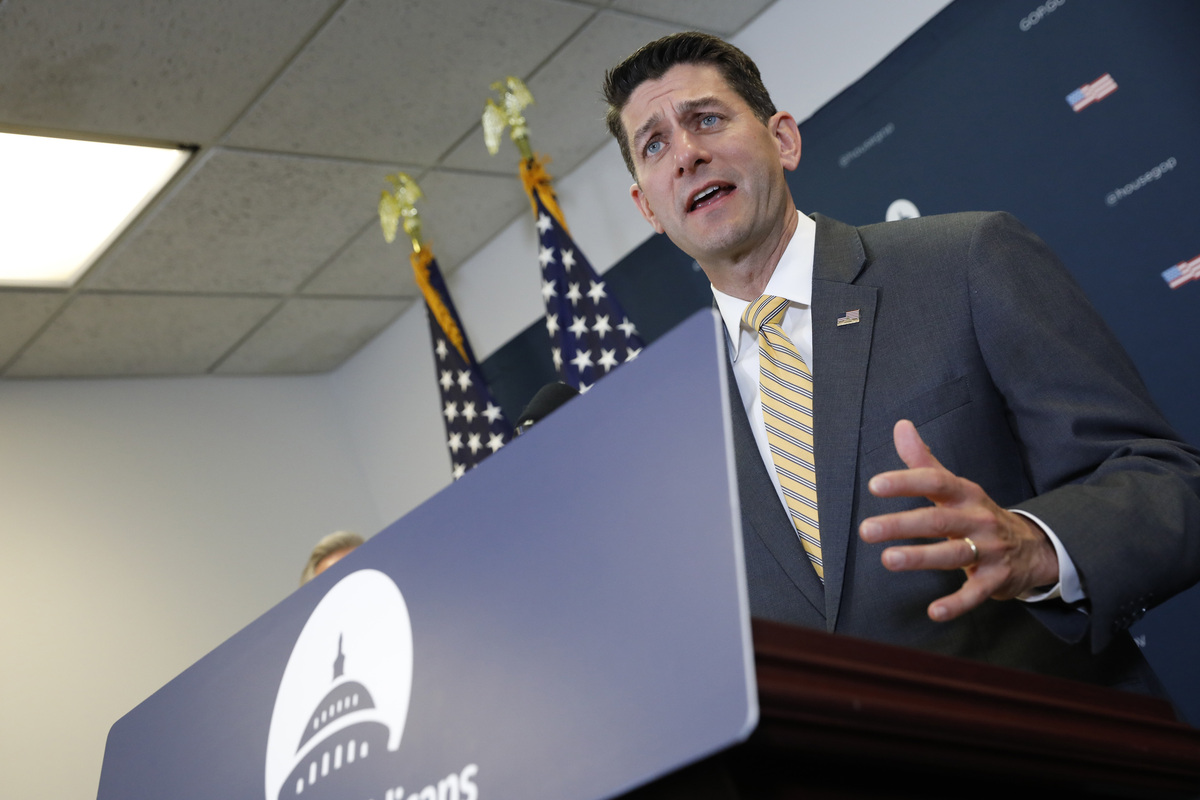 House Speaker Paul Ryan, R-Wisc., told reporters at a press conference on June 6 that he sees "no evidence" that the FBI spied on President Trump's campaign in 2016.

Speaker Paul Ryan disputed President Trump's attacks on the Justice Department and their handling of an ongoing investigation into his 2016 presidential campaign, telling reporters he's seen "no evidence" to back up Trump's claims that his operation was spied on by the federal government.

Ryan said he concurs with House Oversight Committee Chairman Trey Gowdy's assessment that the FBI acted properly and within the law when it used an informant to meet with Trump campaign operatives in 2016.

Gowdy and Ryan were among a small group of lawmakers who were briefed last month in a classified setting on the FBI's use of the information after pressure from the White House to disclose more information to Congress.

"I have seen no evidence to the contrary the initial assessment that Chairman Gowdy has made, but I want to make sure that we run every lead down, and make sure we get final answers to these questions," Ryan said.

Last week, Gowdy, a former prosecutor, publicly defended the Justice Department's actions. "I am even more convinced that the FBI did exactly what my fellow citizens would want them to do when they got the information they got, and that it has nothing to do with Donald Trump," Gowdy told Fox News.

Schumer Says Trump Not Acting Like An Innocent Man, 'Dead Wrong' On Pardoning Himself

His comments prompted a wave of push back from Trump allies, including the president's personal attorney, Rudy Giuliani, who called him "uninformed."

It also puts Gowdy at odds with House Intelligence Chairman Devin Nunes, R-Calif., who has been a sharp and vocal critic of the Justice Department and its handling of the Russia investigation.

On the debate over whether the president can pardon himself, the speaker also echoed Senate Majority Leader Mitch McConnell's view that he was not sure of the legal answer but that "obviously, the answer is he shouldn't and no one is above the law. I'll leave it at that."