Accessibility links
ICE Releases Minors Caught In Ohio Raid And Some Workers 'For Humanitarian Reasons' More than 100 people were detained in the largest immigration sweep in recent history, leaving scores of children without parents or guardians, according to immigrant advocates. 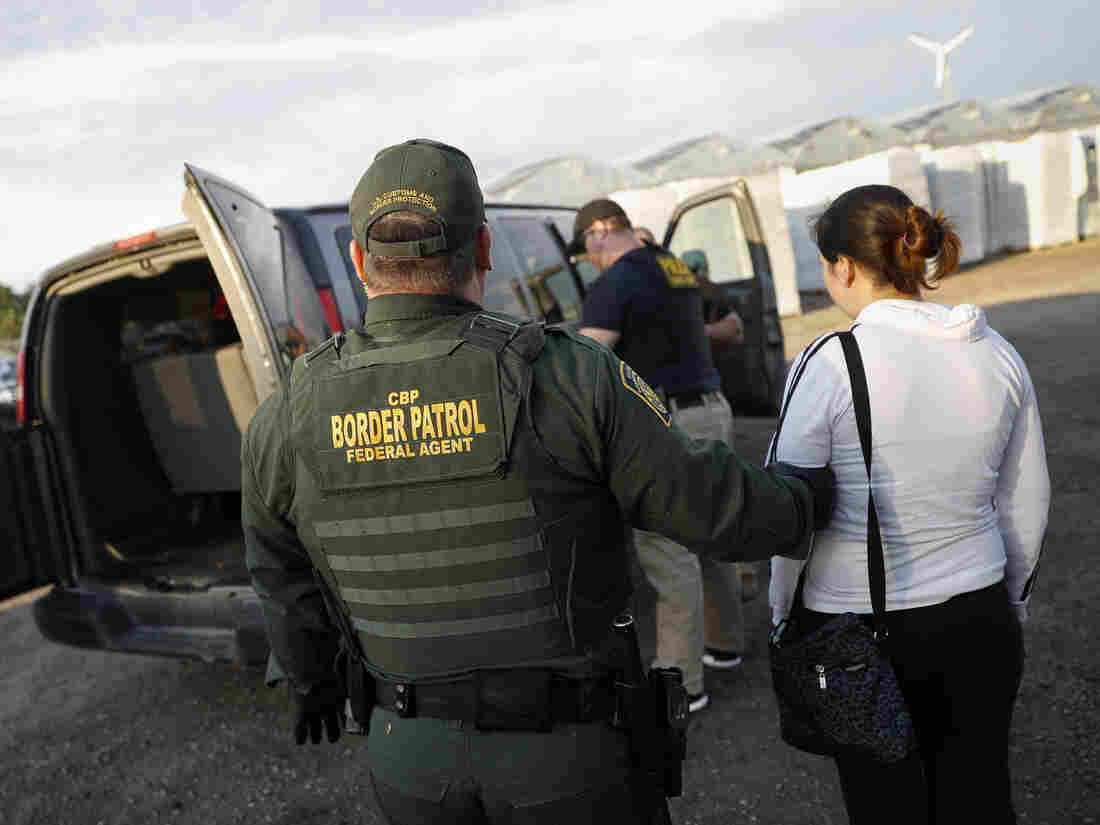 Government agents apprehend suspects during an immigration sting at Corso's Flower and Garden Center Tuesday in Castalia, Ohio. It's one of the largest against employers in recent years on allegations of violating immigration laws. John Minchillo/AP hide caption 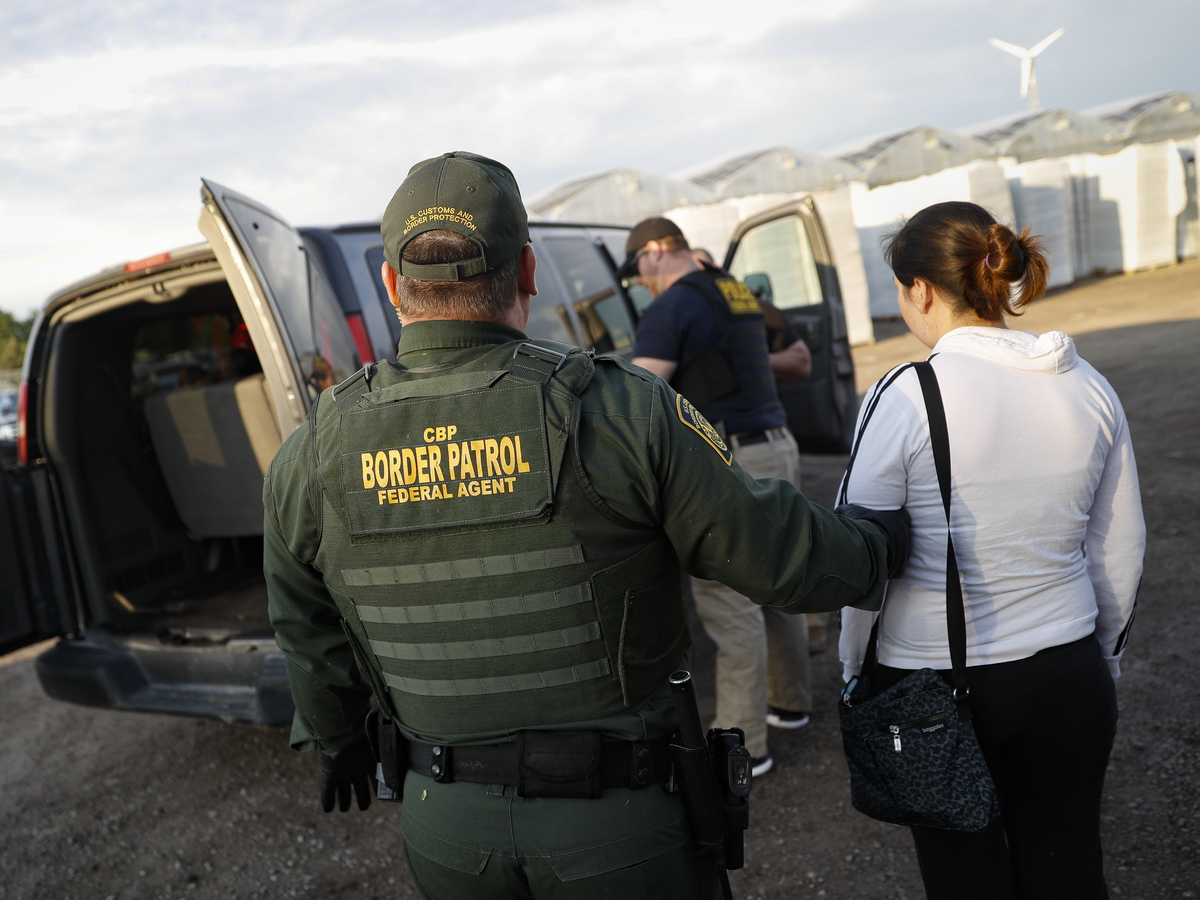 Government agents apprehend suspects during an immigration sting at Corso's Flower and Garden Center Tuesday in Castalia, Ohio. It's one of the largest against employers in recent years on allegations of violating immigration laws.

After a raid on Tuesday that led to the arrest of 114 undocumented employees — rounded up by more than 100 immigration agents, using dogs and helicopters — at an Ohio landscaping company, Immigration and Customs Enforcement officials reported some workers have been released for "humanitarian reasons."

Meanwhile, immigrant rights advocates said minors and U.S.-born workers caught up in the sting were released after nearly 12 hours in detention.

The operation is described by immigrant activists as the largest in recent history and was the latest step toward fulfilling the Trump administration's promises to get tough on illegal immigration and crack down on employers who knowingly hire undocumented persons.

The early morning raid, which was carried out at two Corso's Flower and Garden Center locations, was eight months in the making and agents entered the stores armed with a list of names they had targeted for arrest and criminal charges of tax evasion and identity theft.

On Wednesday ICE spokesman Khaalid Walls told NPR, some of those who were picked up had been released for a variety of humanitarian reasons, "including health, or primary care for a minor child."

It is unclear what the terms of the individuals' release are.

'From Delivery To Detention': ICE Detains Pizza Guy At Army Base In Brooklyn

ICE officials had come under fire by immigrant advocacy groups who claimed dozens of children had been left stranded at schools, day cares and with babysitters as their parents were carted off to detention centers elsewhere in the state and in Michigan.

"I know of at least seven kids who were left behind because both parents were taken into custody," Veronica Dahlberg, executive director of the Latino advocacy group HOLA Ohio told NPR on Wednesday. She said the children are being looked after but said their lives have been upended.

She also said at least four minors between 16 and 17 years of age had been held in detention centers for approximately 12 hours.

"They were born in the U.S. but they worked [at Corso's] with their parents so they were taken too. They're out now but it is still a traumatic experience," she said.

Dahlberg's group has taken up the painstaking process of identifying exactly who was snatched up, figuring out in which of three detention centers they are being held, notifying family in the U.S. or abroad and finding them legal assistance.

After more than 36 hours of canvassing the community, she said only 70 workers had been identified.

According to Walls, who also spoke to the Sandusky Register, names of people detained and facing immigration charges are not released for privacy reasons. Only when individuals are charged with federal criminal violations does that information become available.

As NPR member station WOSU reported, the investigation into Corso's began in October 2017 after border patrol agents arrested a woman running a document forgery business. She led authorities to the landscaping stores, where officials said they found irregularities in employee files, including Social Security numbers belonging to deceased people.

The Sandusky Register reported immigration agents removed boxes containing "a lot of documentary evidence" from one of the two locations.

Walls told NPR no criminal charges have been filed against the Corso's owners, but he added, "the investigation is still ongoing."

The raids in Ohio are the latest in a string of sweeps that started this year. They came two months after a similar operation at a slaughterhouse in Bean Station, Tenn., where are nearly 100 undocumented workers were arrested. Another targeted 7/11 employees and one, in Southern California, affected more than 100 businesses.

As of the start of the 2018 fiscal year, Walls said, "ICE Homeland Security Investigations has made 135 criminal arrests, of which 62 were managers."