Accessibility links
Mannered, Pretty 'Upstate' Is Quiet To A Fault Critic and novelist James Wood has often dinged other writers for what he calls "hysterical realism," but his new novel Upstate — while beautifully written — goes too far in the other direction.

Mannered, Pretty 'Upstate' Is Quiet To A Fault

Mannered, Pretty 'Upstate' Is Quiet To A Fault 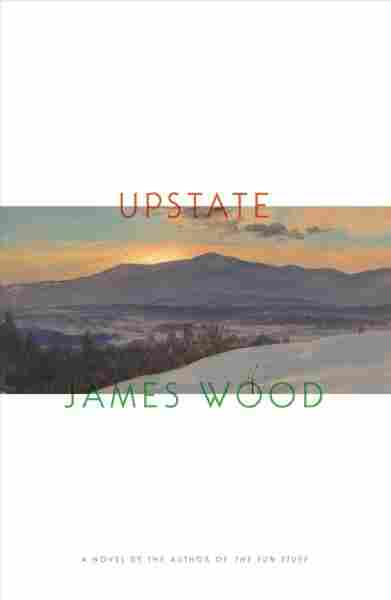 In a 2000 essay for The New Republic, literary critic James Wood coined a term that's become familiar to lovers of fiction: "hysterical realism." Wood's target was Zadie Smith's "White Teeth," along with novels by Salman Rushdie, David Foster Wallace and others. "The big contemporary novel is a perpetual-motion machine that appears to have been embarrassed into velocity," he wrote. "It seems to want to abolish stillness, as if ashamed of silence — as it were a criminal running endless charity marathons." On Smith's novel in particular, he sneered: "This is not magical realism. It is hysterical realism."

Say this for Wood: He practices what he preaches. His latest novel, Upstate, is anything but hysterical and gaudy; it's a book that's quiet to a fault. It's a book that doesn't try to do too much; indeed, it doesn't really try to do anything at all. That's not to say it's bad — it's mannered and inoffensive and occasionally pretty. This is not hysterical realism. It is MOR realism.

Wood's novel follows Alan Querry, a British property developer and the father of two adult daughters, Vanessa and Helen. Vanessa, the younger of the two, lives in Saratoga Springs, N.Y., where she teaches philosophy; she's recently taken up with Josh, a freelance journalist who appears to make a good living. (The last part strains realism, it must be noted.) Alan seems a bit scandalized by the age difference between the two, although we later learn that Josh is only seven years Vanessa's junior, which is not exactly Mrs. Robinson territory.

Alan and Helen, who lives in London and works for a music company, are summoned to America by Josh, who's concerned that Vanessa's recent injury, caused by a fall, might have been deliberate. "Not this again: Alan had thought it belonged to the past, had been left behind in Oxford, when Van was a student," her father thinks. "If she had tried to harm herself, it was clearly not for real, it was just a 'signal,' a message, an SOS — isn't that what people said about such gestures?"

So the two make the journey to upstate New York, where they spend time with Vanessa and Josh, largely avoiding the topic of the woman's mental health. (You can't fault Wood for this bit of realism; there isn't much that the British love more than not talking about feelings.) The family shares drinks and meals. Alan worries about his faltering business. Vanessa and Josh canoodle adorably. This is pretty much all that happens.

To be clear, Wood is a fine writer, and there are more than a few admirable passages in Upstate. Alan's relationship with his daughters rings true, and his worry for Vanessa is palpable and resolutely unhysterical: "He had known unhappiness, and some of it had been quite severe; but he didn't think he'd ever really known despair. Despair was of the spirit, it was terminal. ... He couldn't make Van see life through his eyes: where he saw a white bird, she saw a black one."

But the novel is bogged down with navel-gazing and some weird narrative choices. In one scene, Alan contemplates the color of his penis, for no discernible reason. In another, Helen regrets choosing a particular eatery, thinking, "The restaurant was bullish and manic. And the gay waiter was offhand and woundingly ugly. It wasn't his fault, obviously, but somehow his ugliness seemed a weapon of his rudeness." Can restaurants really be "bullish?" Why is the waiter's perceived sexual orientation even slightly relevant? It's a passage that approaches making sense, but doesn't manage to quite get there.

[Woods is] a powerful writer who excels at making a case. But none of that passion is on display in this novel — it's the literary equivalent of a soft rock ballad.

It's frustrating, because it's obvious Wood has more tools than the ones he displays in Upstate. His criticism, at its best, is passionate and dynamic; he's a powerful writer who excels at making a case. But none of that passion is on display in this novel — it's the literary equivalent of a soft rock ballad, occasionally pleasant but stubbornly averse to risk-taking.

It's not a great book, but neither is it a bad one. It just ... is. It's as if Wood tried to avoid falling into the hysterical realism trap by tacking hard in the opposite direction, and the result is a novel that almost feels proud of its monotony. It's a book that fulfills its basic requirements; the sentences are in the right places, and many of them are fine. But it's impossible to read without thinking that Wood the critic would demand so much more from a book than this.