Accessibility links
How Artful Is Trump's Dealmaking? President Trump promotes himself as a master dealmaker. But as he prepares for high-stakes nuclear talks with North Korean leader Kim Jong Un, some experts question Trump's skills as a negotiator. 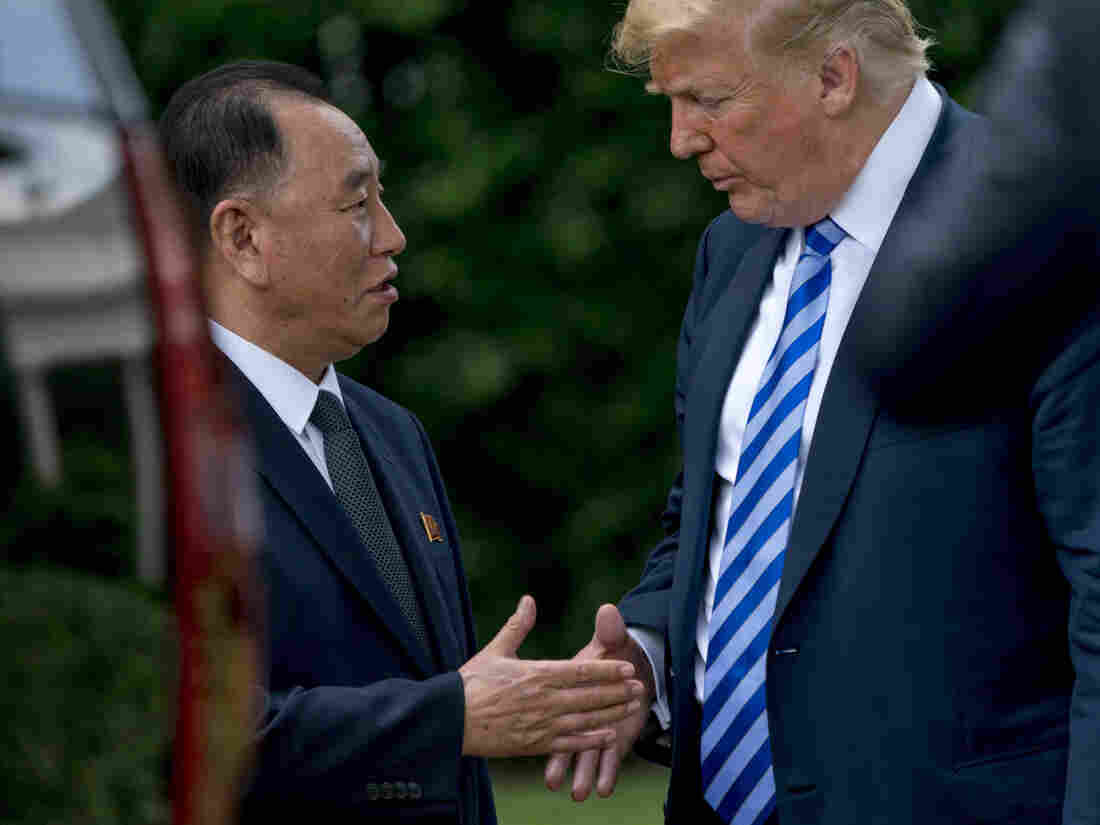 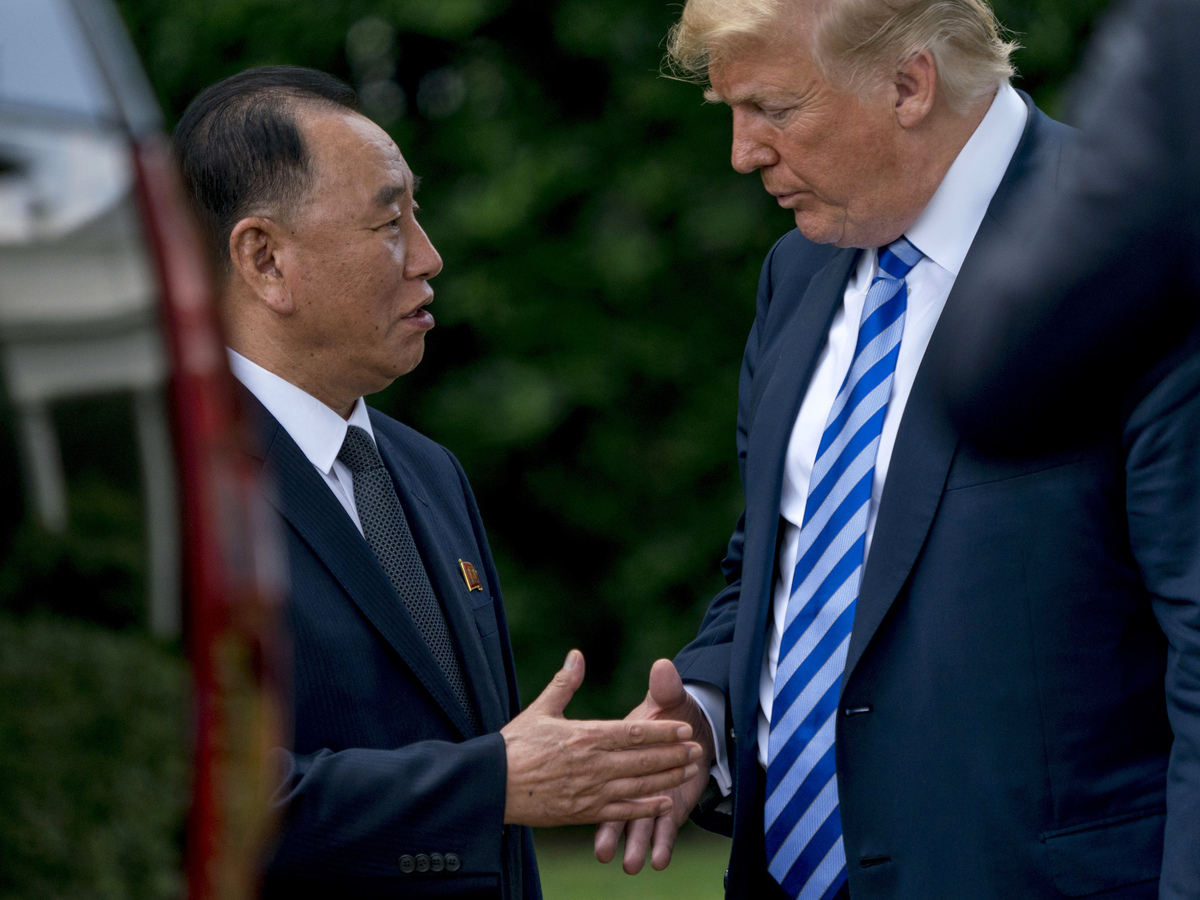 For decades, President Trump has presented himself as a master dealmaker.

"I've made a lot of deals," Trump told reporters last month. "I know deals, I think, better than anybody knows deals."

That was part of the shtick on Trump's long-running TV show, The Apprentice. And it's the subject of his bestselling 1987 book, The Art of the Deal.

"Deals are my art form," Trump says in the introduction to an audio version of the book. "Other people paint beautifully on canvas or write wonderful poetry. I like making deals. Preferably big deals. That's how I get my kicks." 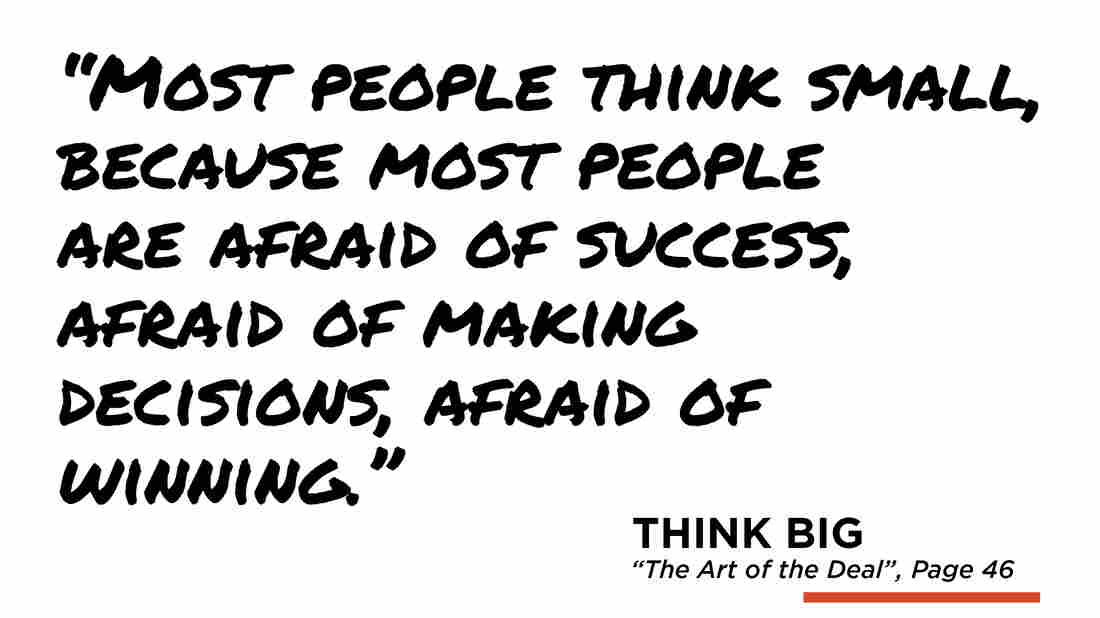 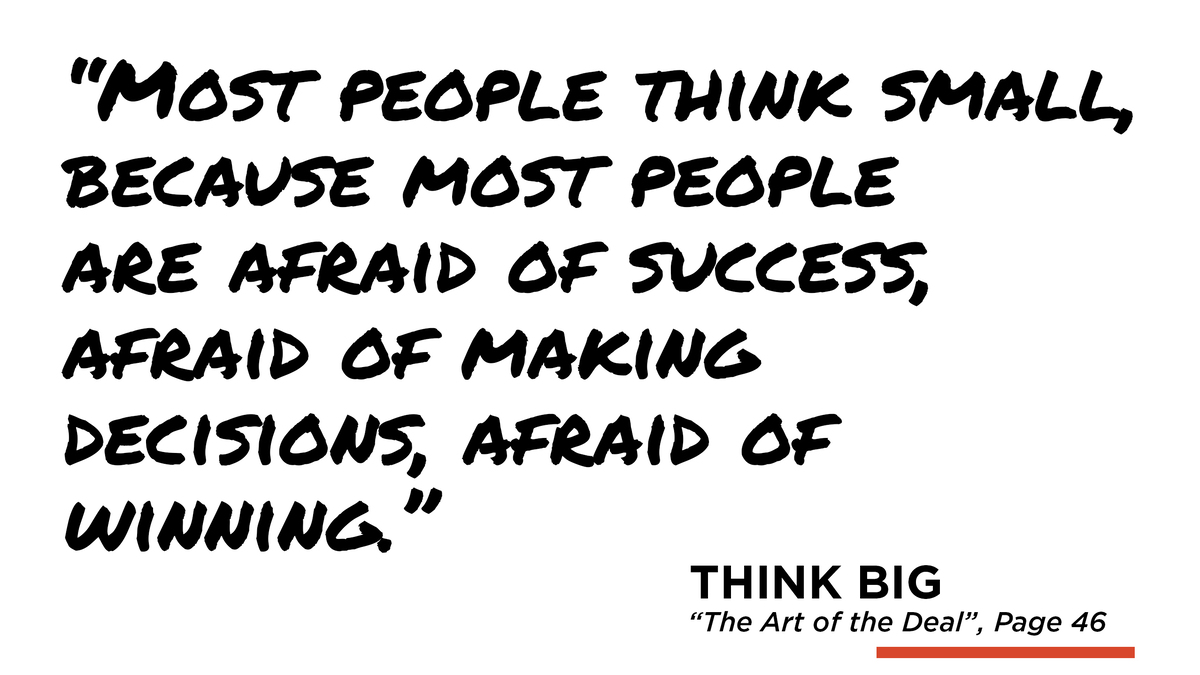 Several experts in negotiation, however, question whether Trump has what it takes to pull off a historic nuclear deal when he meets next week with North Korean leader Kim Jong Un.

"Although his Art of the Deal sold a lot of copies, I don't think he's a very impressive negotiator," said Robert Mnookin, who directs the Harvard Negotiation Research Project.

Mnookin, who wrote his own book on negotiation called Bargaining with the Devil, says Trump often goes from tough and adversarial one minute to ingratiating the next.

University of Florida law professor Joan Stearns Johnsen says there are different ways to approach negotiation for different people and different situations. She describes Trump as a purely competitive negotiator.

"Competitive negotiators are very much focused on winning," Johnsen said. "They're the sort of negotiator who might start with a rather extreme position in one way or another, like to engage in that tug of war. They really enjoy negotiation."

Trump described his own style as simple and straightforward.

"I aim very high and then I just keep pushing and pushing to get what I'm after," he wrote in The Art of the Deal.

In his book, Trump recommends using leverage, to extract a bargain. In business, for example, he might press a contractor who couldn't afford to challenge him to accept less than the agreed-upon price. 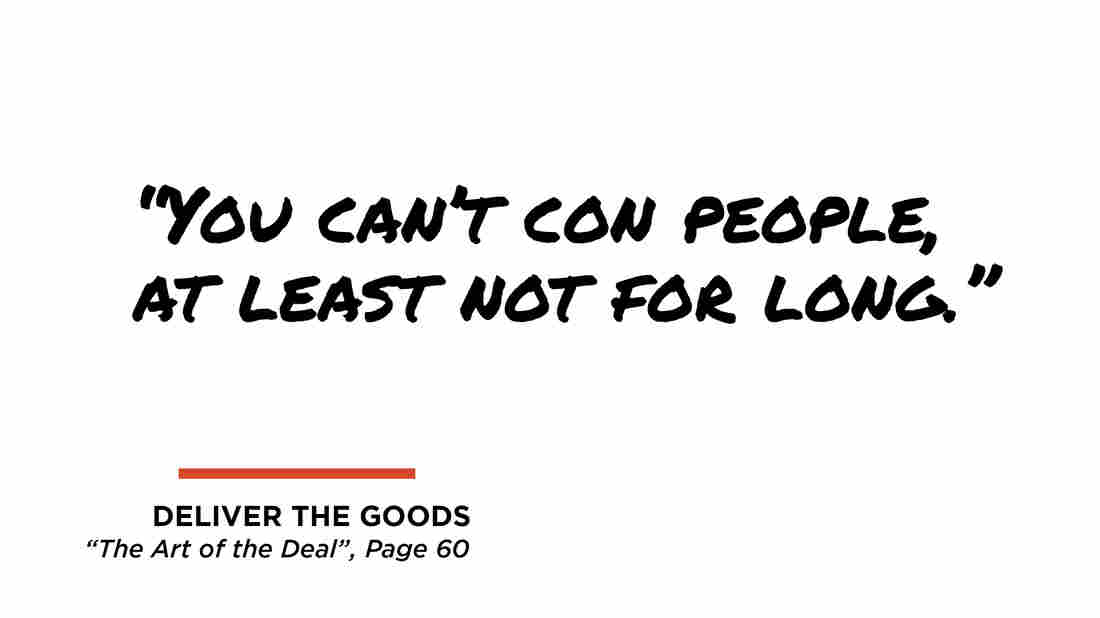 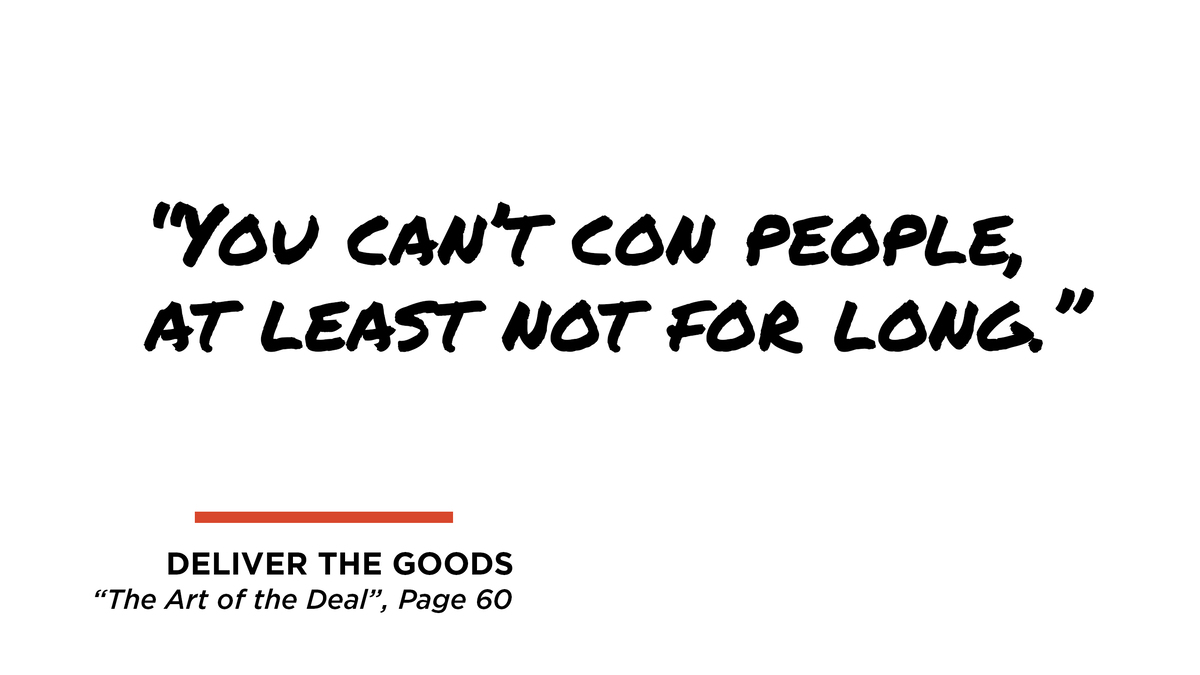 Over time, that can backfire, Johnsen said.

"You may get a really wonderful deal the first time," she said. "But there will be a reputation that's formed. And people will be on their guard. There are no one-off negotiations because it's such a small world."

That's proving true in the diplomatic world as well. Trump has notched a few successes, like a new South Korean trade deal. But, for the most part, other countries have not bent to his will. Mexico hasn't paid for the border wall. Europeans have not cut their steel exports. And China shows no sign of abandoning its high-tech development strategy.

Hardball tactics may work in a one-off real estate deal but they don't foster long-term relationships. By pulling out of the Paris climate accord and slapping tariffs on the European Union, Trump may have jeopardized his chance of winning allies' help in revising the Iran nuclear deal.

"Those European allies, they're not sure anymore," said Leslie Mulligan, who trains negotiators for the consulting firm Watershed Associates. "That trust has been eroded a little bit in terms of those relationships that we have."

Mulligan said there's nothing wrong with setting ambitious goals for a negotiation, or what Trump calls "thinking big." But the person sitting across the table also has a say. Successful negotiators craft agreements in which everyone walks away a winner. They don't just assume they can dictate terms of the deal.

"I think instinctively he still thinks we're the biggest. We're the best. And we should be able to get what we want," Mulligan said. 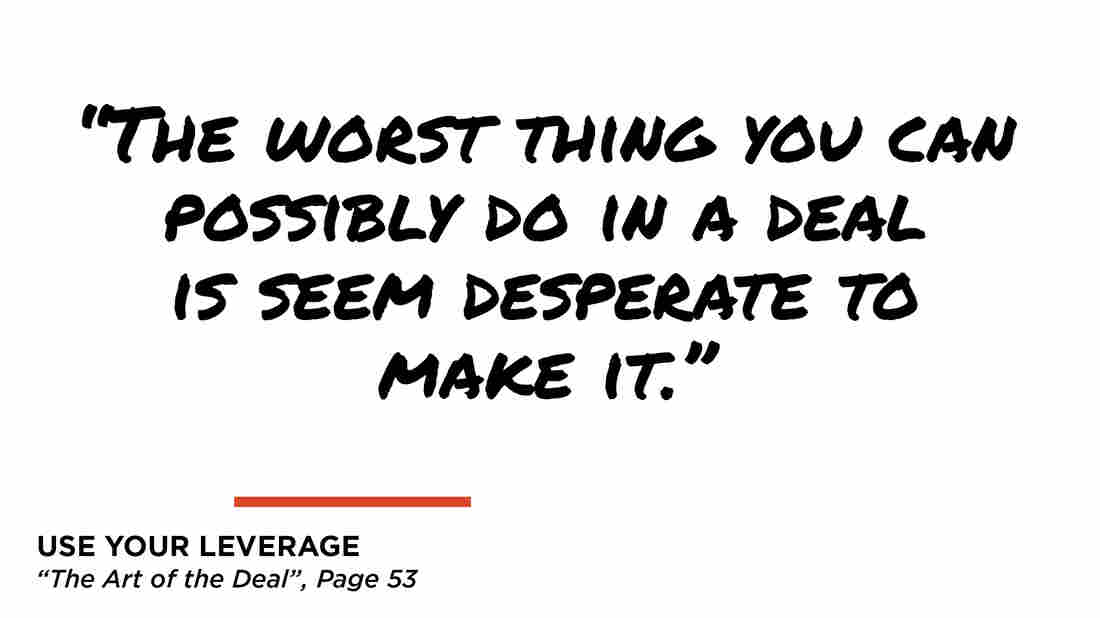 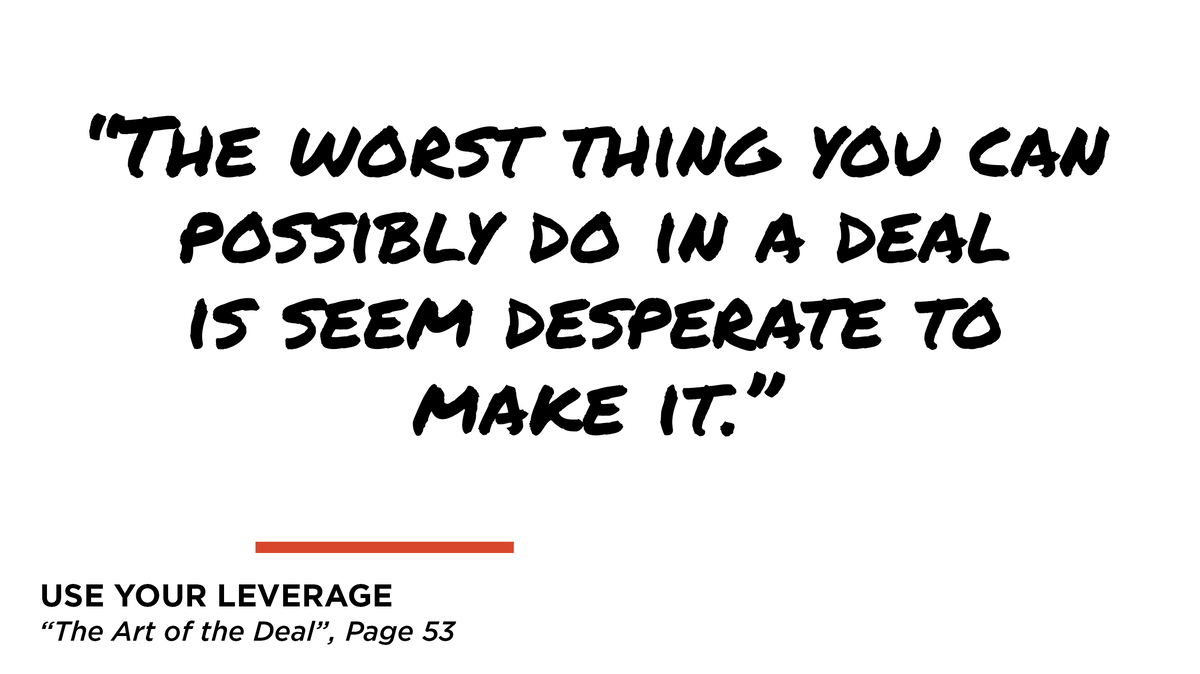 Despite his apparent confidence, Trump says it's important not to get too attached to any particular deal.

Even as experts like Mnookin discount the president's negotiating skills, they welcome his talks with North Korea, saying at this point talks are preferable to the alternative.

Mnookin even gives Trump a grudging nod for his "fire and fury" rhetoric, saying that threat may be what spooked China into greater cooperation. In a game of chicken, Mnookin said, acting irrational can sometimes be an advantage.

"On the other hand, that is an extremely dangerous game, because two people can play that game. And what can often happen is things can explode," he said.

That's risky in any negotiation, especially one with nuclear stakes.