Accessibility links
Kilauea Lava Flow Swallows 279 Homes In 2 Coastal Subdivisions The volcano, which has showed a big upsurge in activity for the past month, has engulfed two additional subdivisions — Vacationland and Kapoho Beach Lots. 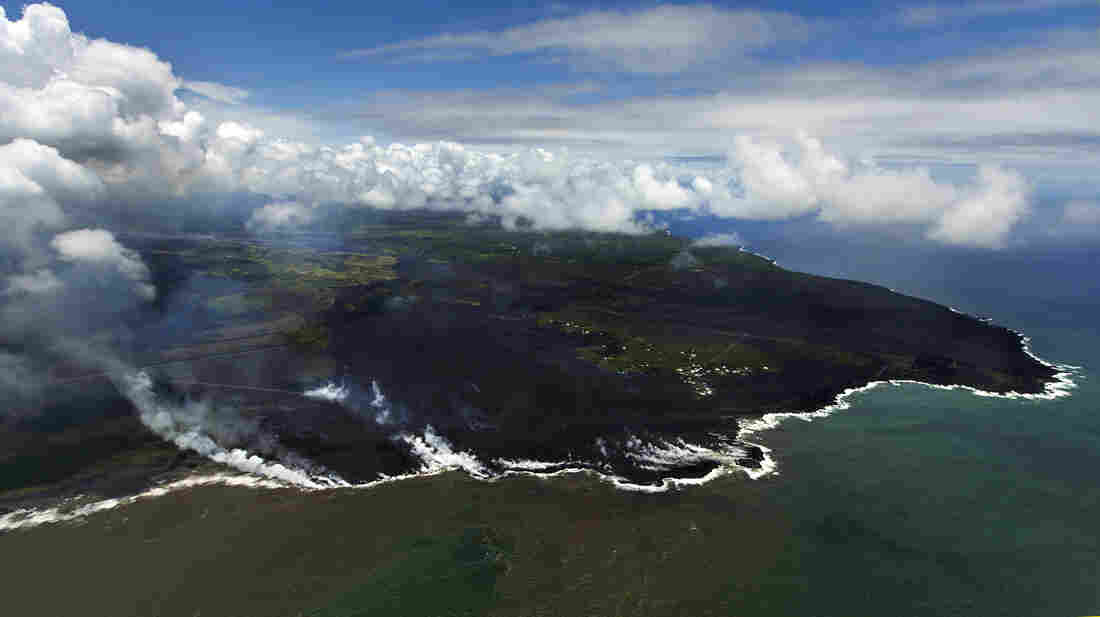 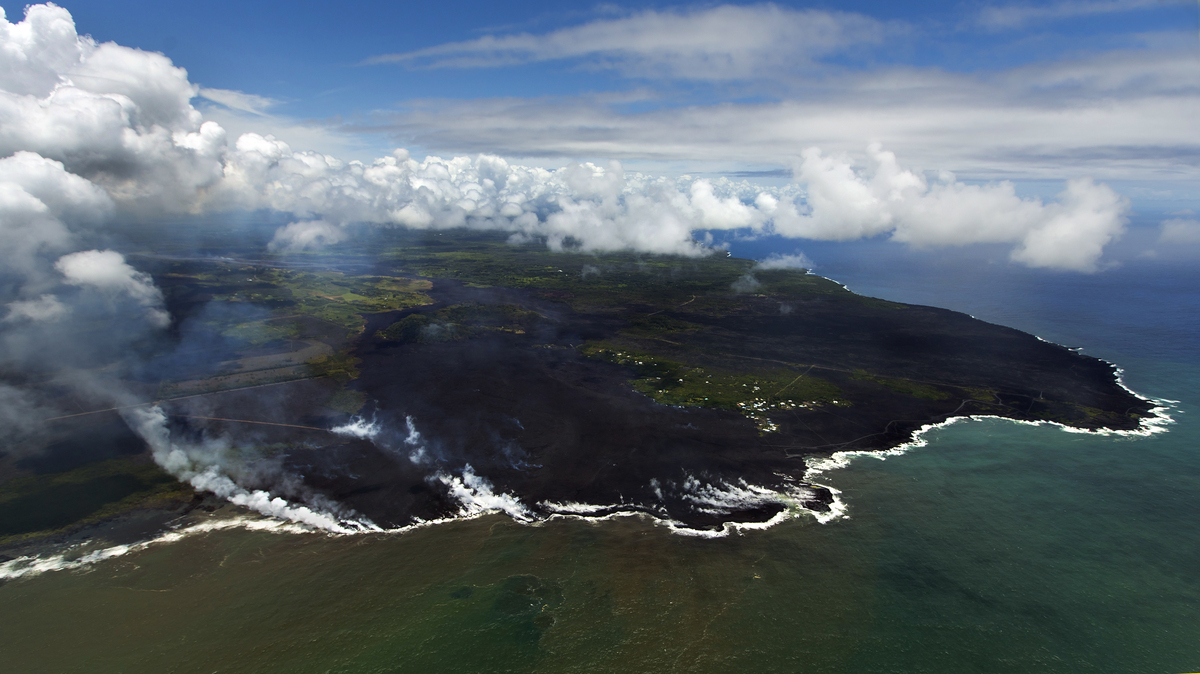 Most of the Kapoho area including the tide pools is now covered in fresh lava with few properties still intact as Kilauea's lower East Rift Zone eruption continues on Wednesday in Pahoa, Hawaii.

An oceanfront subdivision known as Vacationland is the latest to be swallowed by lava flows as the Kilauea volcano continues to reshape the landscape on Hawaii's Big Island.

Meanwhile, a magnitude 5.6 earthquake struck near the volcano's summit.

The molten rock covered Vacationland, and only a few structures remained intact in nearby Kapoho Beach Lots subdivision, the U.S. Geological Survey said.

A total of 22 fissures have appeared since May 3, when Kilauea suddenly became more active, according to Hawaii Public Radio.

"The flow front from the Fissure 8 lava flow has now completely filled Kapoho Bay and created a delta about 0.8 miles from the former coastline," USGS volcanologist Jessica Ball said in a daily update at 9:30 a.m. Hawaii time.

"We have reports now that only small parts of Kapoho Beach lots remain and the northern lobe is slowly advancing into that area. A southern lobe of the flow has now completely covered the Vacationland subdivision." Ball said.

Finding Perspective In The Heat Of Hawaii's Volcanic Explosions

Speaking on a conference call with reporters, USGS geologist Wendy Stovall was more blunt in her assessment: "Vacationland is gone. There is no evidence of any properties there at all."

Concerning the earthquake, she said, "There's a pattern. More frequent earthquakes leading to larger events and then an explosion. We're actually expecting one to come within the next few hours, with plumes between 8,000 and 15,000 feet above sea level."

According to The Associated Press, county officials believe most of the 279 homes in Vacationland and Kapoho have been destroyed.

"Over the course of essentially two days, that entire area was covered by lava," Stovall told reporters.

The AP notes that the latest activity on and around Kilauea "is among the most destructive and costly in volcano property loss in U.S. history. While no one has been killed and only one lava-related injury has been reported, the number of destroyed homes dwarfs other recent American eruptions."

Mark Johnson, who was evacuated, told the AP that he thinks the lava may have missed his oceanview property, which sits on a ridge near the base of Kapoho crater.

"Basically we are up on that hill, so we're still OK right now," Johnson said.