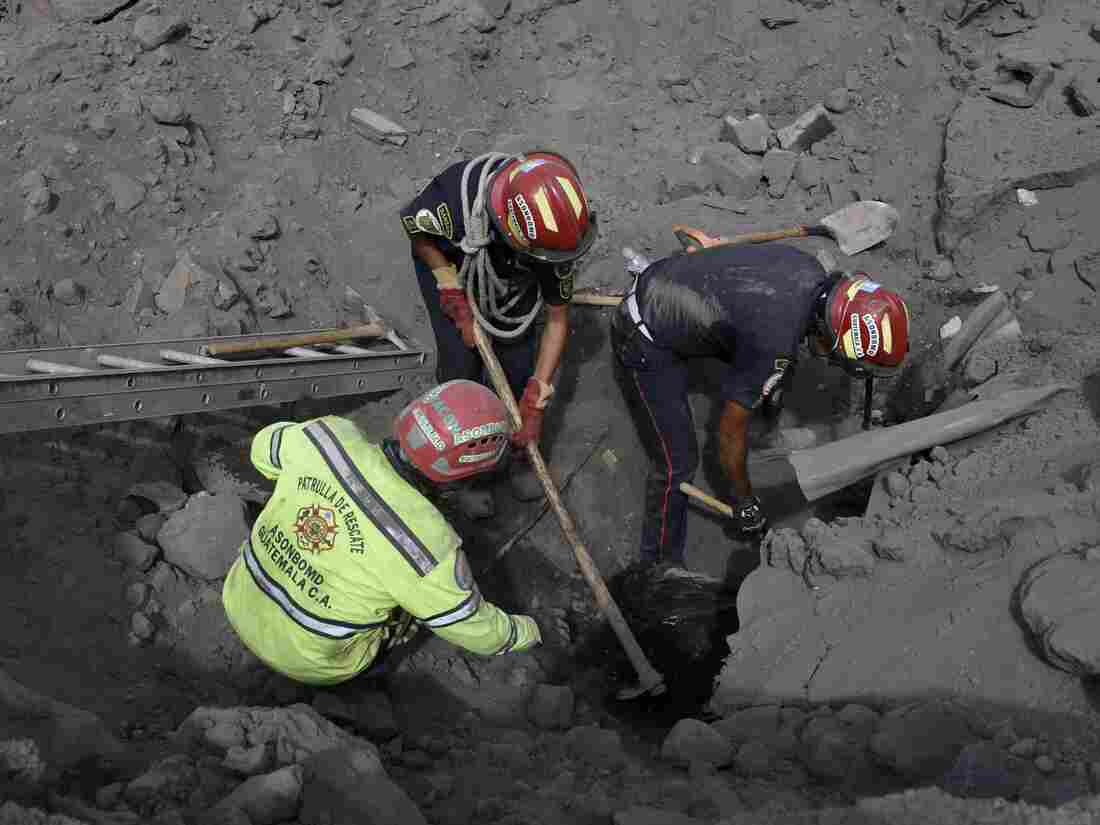 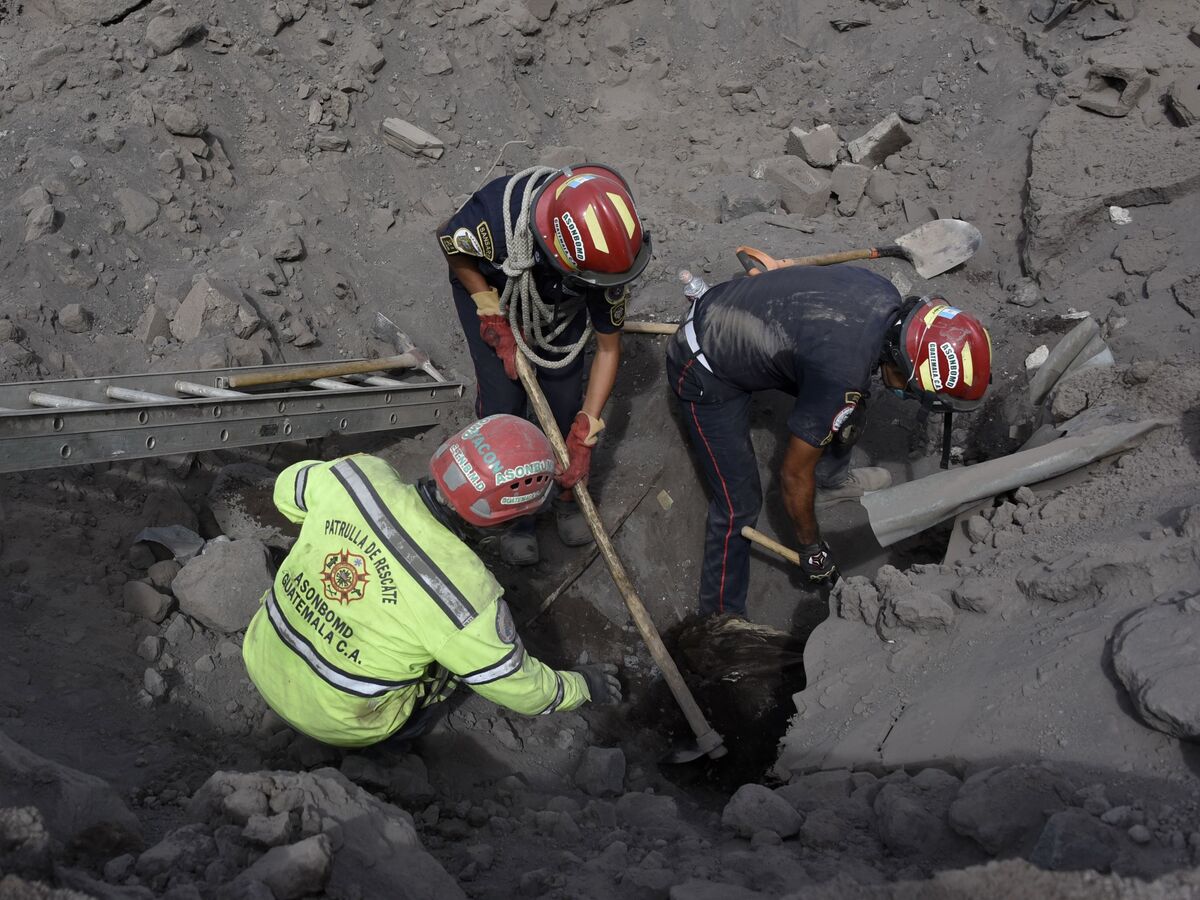 Municipal firefighters search for victims in the ash-covered village of San Miguel Los Lotes, in Escuintla, about 20 miles southwest of Guatemala City, on Wednesday.

Guatemala's opposition is accusing the head of the country's emergency response agency of failing to heed warnings ahead of the eruption of a volcano that has left 109 dead and almost 200 others missing.

The finger-pointing came as rain showers and the fear of mudslides hindered the search for possible survivors and the recovery of the dead from Sunday's eruption of Fuego (Spanish for fire). It is one of Central America's most active volcanoes.

The volcano blanketed nearby villages in ash and sent fast-moving toxic pyroclastic flows down into valleys as people living nearby rushed to escape the onslaught.

"You have a great responsibility over what happened," Congressman Mario Taracena, speaking in the Guatemalan Congress, said of Sergio Cabañas, the executive secretary of the National Coordinator for Disaster Reduction, also known as CONRED.

"Anyone with a little common sense would have done something," Taracena said, according to El Periódico. "They did not care and they did not take precautions."

The director of the National Institute of Seismology, Volcanology, Meteorology and Hydrology, Eddy Sánchez, also came in for criticism.

Sánchez explained that his agency issued several bulletins during the day ahead of the eruption. However, CONRED officials said they did not receive enough information to properly evaluate the risk posed by the mountain.

'Everything Is A Disaster': Guatemala's Fuego Volcano Erupts, Killing At Least 69

A CONRED representative, Arturo Alvarado, said communities near Fuego are used to living with risk and do not respond to evacuation orders.

"What arises there is a self-evacuation because they are the ones closest to the place," Alvarado said, according to El Periódico. "Although we have the seismic data and the bulletin, the self-evacuation is what will save your life."

Meanwhile, on Wednesday, rescue crews were repeatedly forced to retreat as Fuego sent boiling water and toxic gas down its slopes.

Even so, The Associated Press reports that search teams were able to make some progress — using shovels and heavy equipment to uncover more bodies.

The official death toll on Thursday stood at 109, with 197 listed as missing and presumed dead.

"Nobody is going to be able to get them out or say how many are buried here," Efrain Suarez, a 59-year-old truck driver helping with the rescue efforts at the devastated village of San Miguel Los Lotes, told the AP.

"The bodies are already charred," he said. "And if heavy machinery comes in they will be torn apart."