Accessibility links
The Cast Of 'The Band's Visit' On What Makes The Broadway Smash Relatable The first Broadway show to grace NPR's Tiny Desk Concert series, The Band's Visit is nominated for 11 Tony Awards. Stars Tony Shalhoub and Katrina Lenk sat down with Ari Shapiro after the performance. 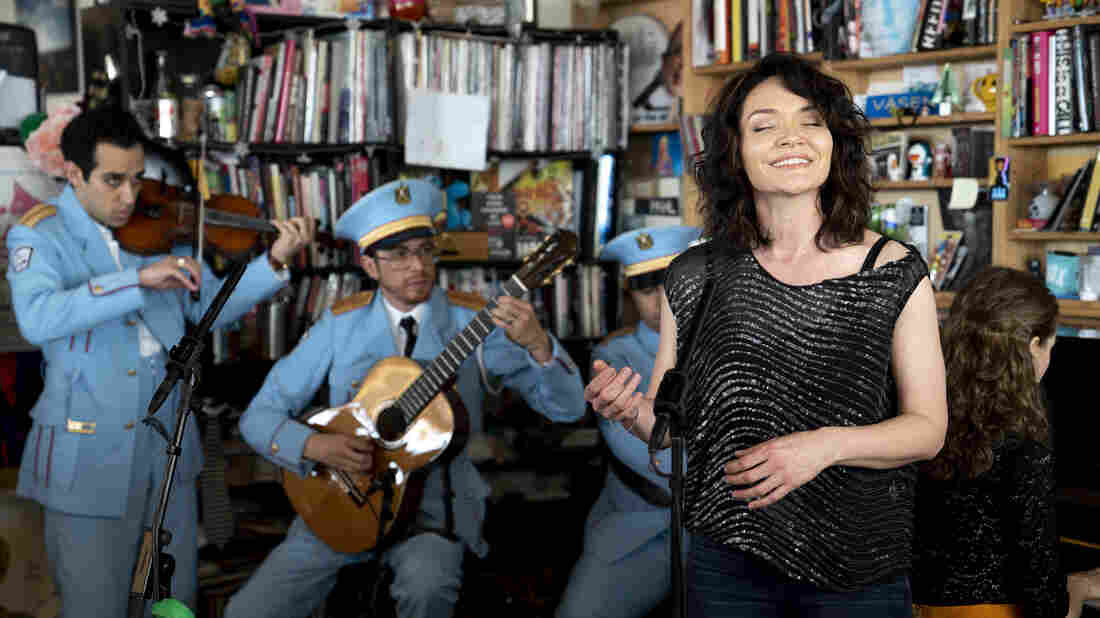 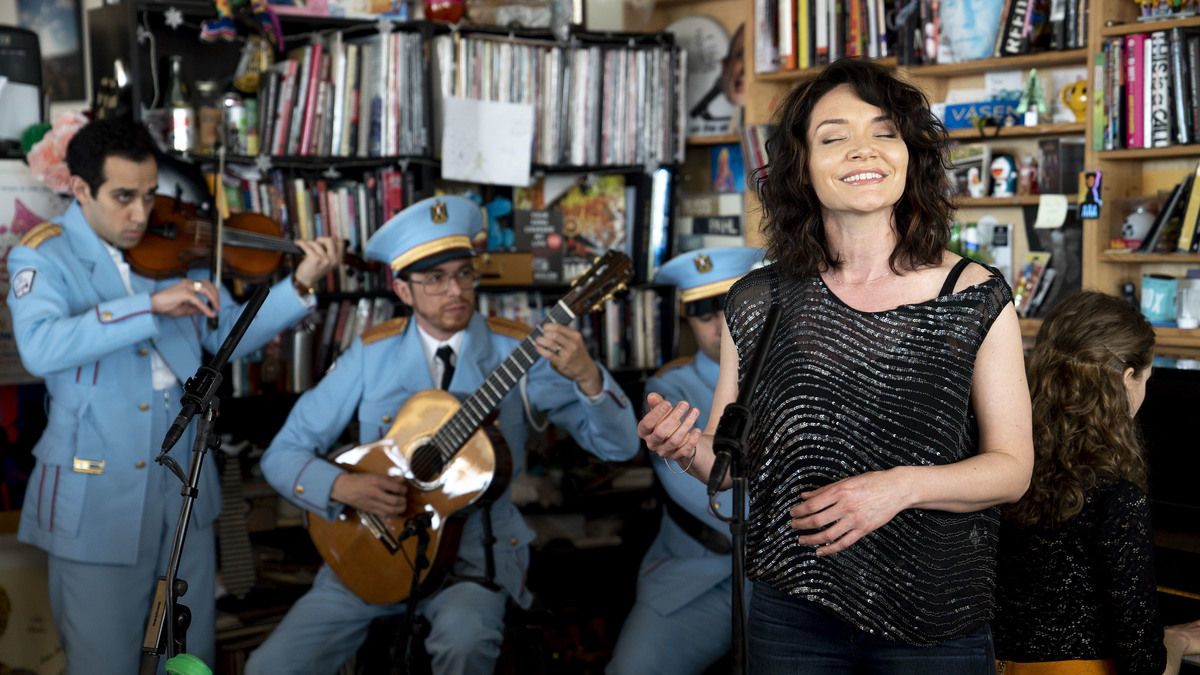 The Band's Visit is a Broadway musical that tells the story of human connection and commonality between cultures. When an Egyptian police band gets stranded in a tiny Israeli town, the musicians wait in a cafe — and get to talking with the locals.

The plot is simple and the set modest, but since its debut on Broadway in late 2017, the show has become the surprise smash hit of the season. Now, the musical is nominated for 11 Tony Awards, including best musical, ahead of Sunday's award ceremony.

Tony Shalhoub and Katrina Lenk play the show's leads, bandleader Tewfiq and cafe owner Dina; both are nominated in acting categories. When the cast stopped by NPR's Tiny Desk this spring to perform selections from The Band's Visit, Shalhoub and Lenk sat down afterwards to chat with All Things Considered host Ari Shapiro.

"It's kind of a respite for all of the noise and strife out there. It's kind of the perfect antidote, really, nowadays, for all the madness," Shalhoub says of the show's plot, noting that the story focuses on people more than politics. "It's about people taking risks, reaching out toward each other, trying to communicate and coming together over the common love of music."

This show lacks the bells and whistles of typical Broadway hit. Lenk says its intimacy is what makes the show stand out. "I think the characters that are in the show are immediately relatable. Yes, they're not in America, but there's 'that guy' and everyone knows 'that guy.' ... They've been that person at some point in their lives," she says. "I think everyone can relate to the characters and also bring their own experiences to the show and take back what it means to them personally."

Hear more of the conversation at the audio link — and watch the full performance in NPR's Tiny Desk series.