Accessibility links
Judge Says Yes To Lawsuit Challenging Trump Administration Family Separation Policy In a response to the Trump administration's request to dismiss the suit, Judge Dana Sabraw ruled that the "wrenching separation" of children from parents may violate their right to due process. 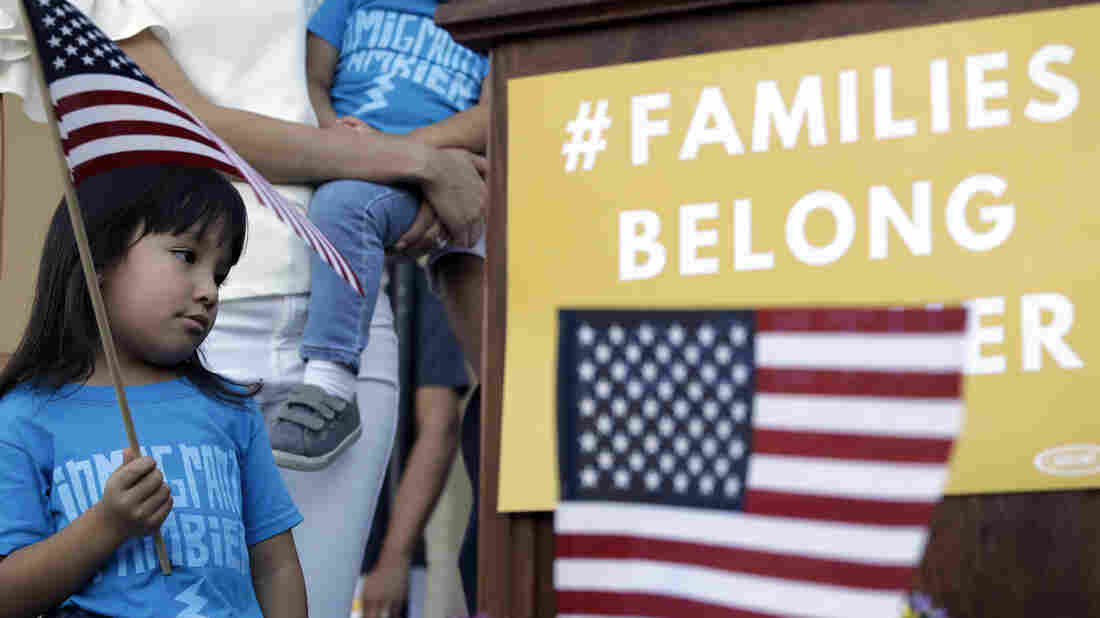 Andrea Elena Castro, daughter of Rep. Joaquin Castro, D-Texas, holds a U.S. flag during a Rally For Our Children event on May 31 to protest the "zero tolerance" immigration policy that has led to the separation of families. Eric Gay/AP hide caption 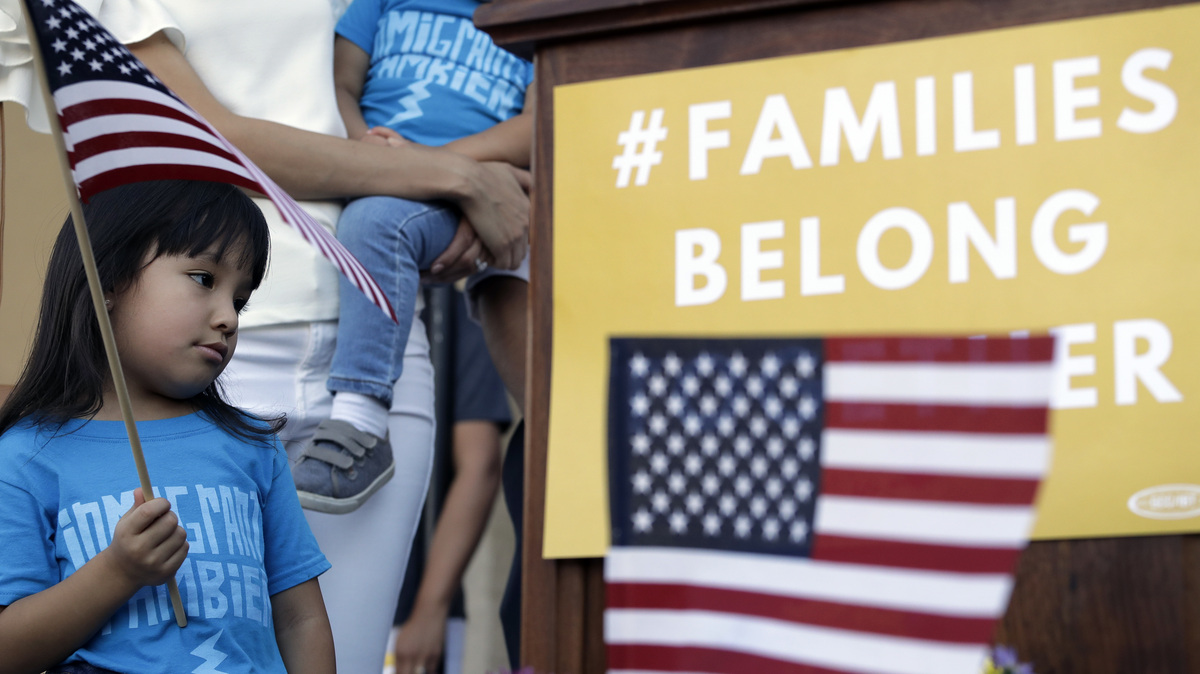 Andrea Elena Castro, daughter of Rep. Joaquin Castro, D-Texas, holds a U.S. flag during a Rally For Our Children event on May 31 to protest the "zero tolerance" immigration policy that has led to the separation of families.

A federal judge in California is allowing a lawsuit against the Trump administration's practice of separating migrant families at the border to proceed.

"Such conduct, if true, is brutal, offensive, and fails to comport with traditional notions of fair play and decency," wrote U.S. District Judge Dana Sabraw of the Southern District of California in his ruling on Wednesday.

Hundreds of children have been separated from their parents as a result of the Trump administration's "zero tolerance" policy for people who cross the Southern border illegally — even those who are requesting asylum in the U.S.

Attorney General Jeff Sessions announced last month that the Justice Department will prosecute anyone who crosses the border illegally. Sessions says the administration is trying to discourage illegal immigration, mainly from Central America.

What Happens When Parents And Children Are Separated At The U.S.-Mexico Border

What Happens When Parents And Children Are Separated At The U.S.-Mexico Border

Since children cannot go to jail with their parents, hundreds of migrant children — some as young as 18 months — have been placed in the care of the Office of Refugee Resettlement.

In February, the American Civil Liberties Union filed a federal lawsuit challenging the practice, which it calls cruel and inhumane.

The administration moved to dismiss the case in early April. But Sabraw refused, ruling that the "wrenching separation" of children from their parents may violate the families' right to due process.

How The Trump Administration's Family Separation Policy Is Playing Out

How The Trump Administration's Family Separation Policy Is Playing Out

"In the most forceful language, the court rejected the Trump administration's claim that the Constitution permits it to engage in the inhumane practice of tearing little children away from their parents," said Lee Gelernt, the deputy director of the ACLU's Immigrants' Rights Project.

The plaintiffs in the case include Mrs. L, a Congolese immigrant who says she was separated from her 7-year-old daughter after applying for asylum at a port of entry. Another plaintiff, Mrs. C, fled from Brazil and crossed the border with her 14-year-old son. According to the lawsuit, she waited eight months to be reunited with her son after serving a jail sentence for illegal entry.

The ACLU is seeking a nationwide injunction. But that relief could be weeks or months away, if it comes at all.