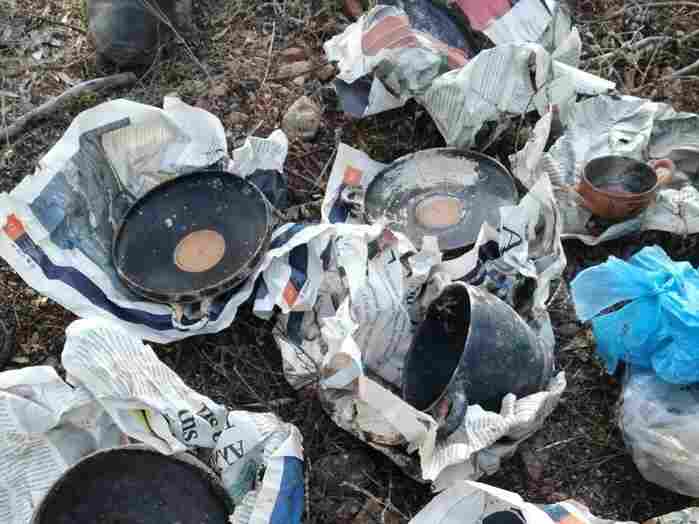 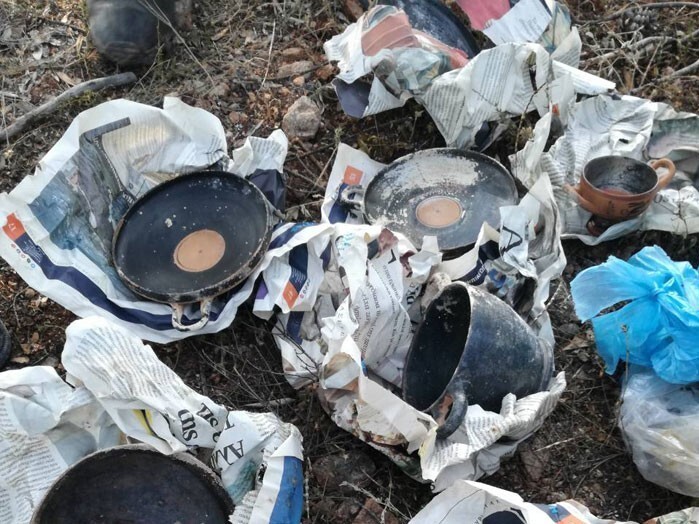 Greek firefighters called to extinguish a blaze in the center of the country found hundreds of artifacts in plastic bags that were stuffed under bushes, according to the culture ministry.

The clay objects included vases, pots and figurines of men, women and animals. They were found north of the village of Megaplatanos in central Greece, the ministry announced.

The culture ministry said the objects were found over an area of about 150 square meters, or roughly 1,600 square feet.

"It is a considerable number" of artifacts, says Achilles Rakinas, the culture officer of the Greek Embassy to the United States. Rakinas tells NPR that the Greek government has increased its enforcement of law against smuggling artifacts during its current economic crisis. In 2011 Athens signed a memorandum of understanding with Washington that requires Greek authorities to approve the import of any antiquity to the U.S. Rakinas says Athens has also continued planned museum renovations despite financial constraints.

The artifacts date to the fifth century B.C.