Accessibility links
PG&E Power Lines Blamed For Northern California Wildfires A state report finds that the utility's equipment coming into contact with trees caused the fires that ravaged the region, including the wine country. 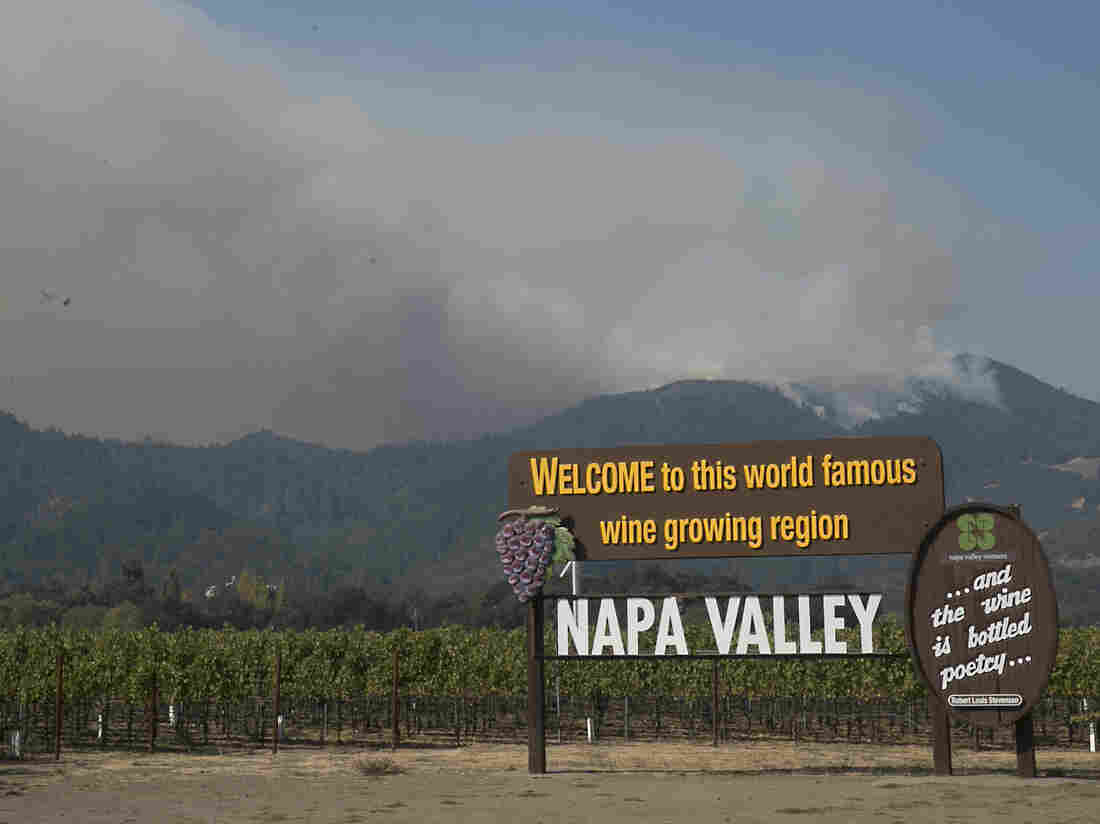 Smoke billows up from a fire burning in the mountains over the Napa Valley last October in Oakville, Calif. Rich Pedroncelli/AP hide caption 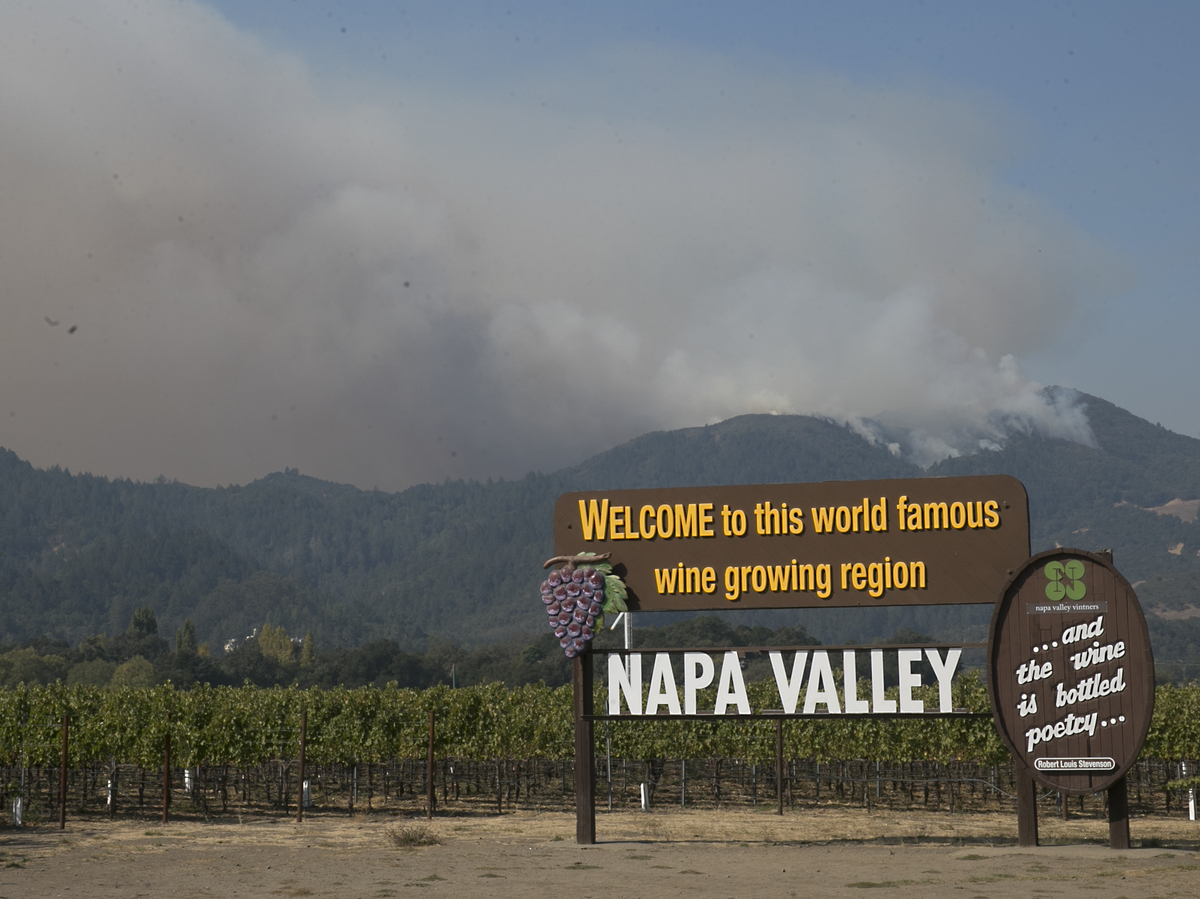 Smoke billows up from a fire burning in the mountains over the Napa Valley last October in Oakville, Calif.

Downed power lines owned by utility giant Pacific Gas and Electric are being blamed for a dozen Northern California wildfires last fall. The findings by state officials could have a significant financial impact on PG&E.

The report by the California Department of Forestry and Fire Protection links electric power and distribution lines with 12 fires that killed 18 people. The trouble started when trees and branches came into contact with power lines and wind gusts of up to 70 mph pushed wildfires faster than firefighters could respond.

Here is the report's summary of two of the deadliest fires that claimed 15 lives:

"The Redwood Fire, in Mendocino County, started the evening of Oct. 8 and burned a total of 36,523 acres, destroying 543 structures. There were nine civilian fatalities and no injuries to firefighters. CAL FIRE has determined the fire started in two locations and was caused by tree or parts of trees falling onto PG&E power lines. ...

State law says utility companies can be held liable for the costs of firefighting, even when they haven't violated safety rules.

PG&E is facing more than 50 lawsuits filed by fire victims arguing that the utility is responsible for fires that scorched the wine country counties of Napa and Sonoma last year.

An earlier investigation found that PG&E's failure to clear or trim trees near power lines caused three wildfires in Butte and Nevada counties in the fall.

The Cal Fire report said its investigations have been referred to local authorities "due to evidence of alleged violations of state law."

The utility issued a statement saying it will "carefully review the CAL FIRE reports to understand the agency's perspectives."

"Based on the information we have so far, we continue to believe our overall programs met our state's high standards.

"For example, PG&E meets or exceeds regulatory requirements for pole integrity management, using a comprehensive database to manage multiple patrol and inspection schedules of our more than two million poles."