Accessibility links
'Strip And Dip' On Irish Coast Sets Guinness Record For Largest Skinny-Dip Bathing in the buff was "brilliant and bracing," one participant said. Over six years, the annual event has raised thousands for cancer research. 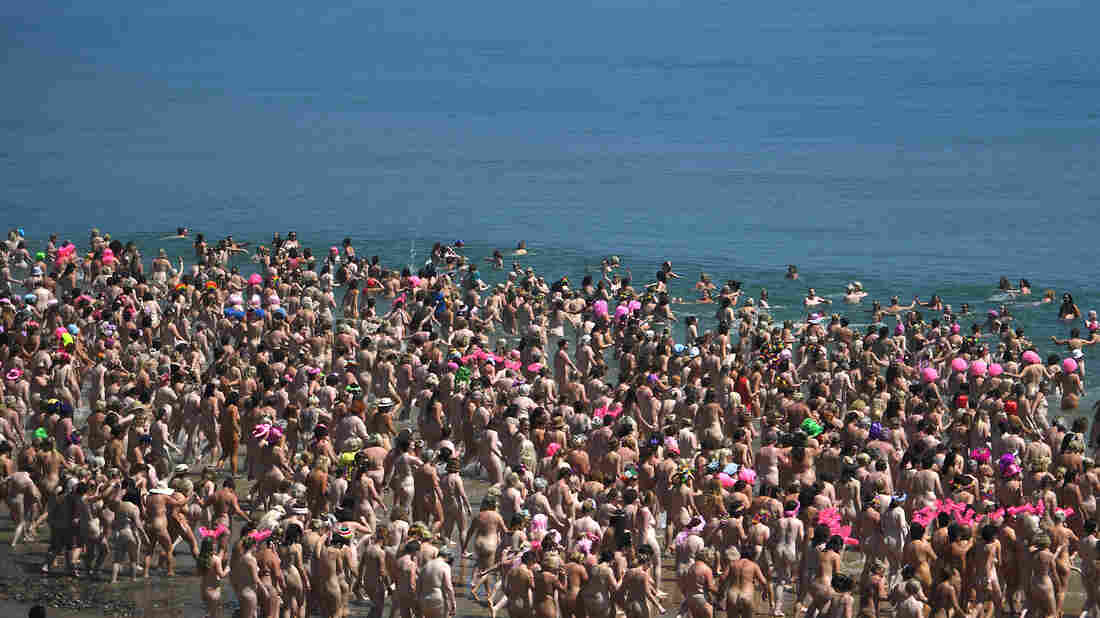 A group of more than 2,500 women set the record for world's largest skinny-dip Saturday in Ireland. Clodagh Kilcoyne/Reuters hide caption 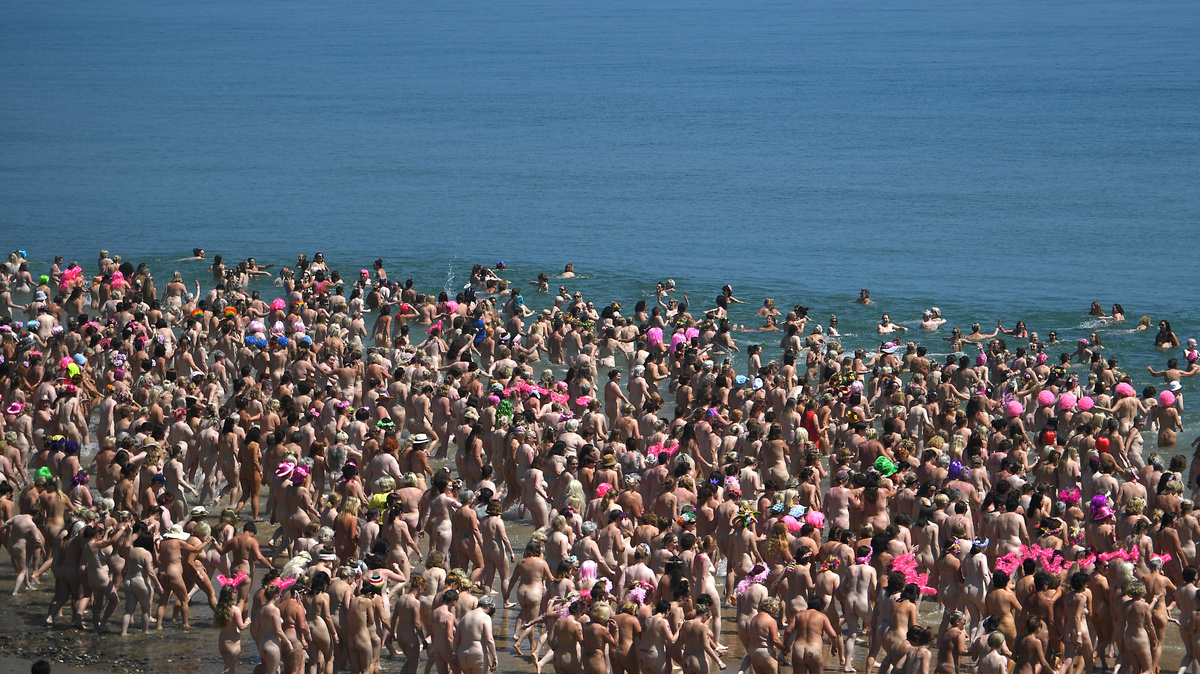 A group of more than 2,500 women set the record for world's largest skinny-dip Saturday in Ireland.

Several thousand women descended on an Irish beach on Saturday wearing smiles, body paint and not much else.

The group set a Guinness record for the world's largest skinny-dip — 2,505 women in all, according to a Guinness representative who was on site, breaking the previous record of 786 set in Australia in 2015.

"For those who have cancer, they're taking ownership of their bodies again," event organizer Dee Featherstone, a cancer survivor, told the Irish Times. "A lot of women said that the experience really changed their lives."

Participants in the swim, an annual event, raised money for Aoibheann's Pink Tie, a charity that supports children with cancer. Over the first five years, the swims raised about $180,ooo, the Irish Times reported. A crowdfunding page showed that this year's swim had raised about $13,500 in donations. Proceeds from a registration fee of 10 euros per person — about $12 — would also go to charity.

Featherstone told the Times that after receiving a cancer diagnosis in 2012, she tried to "take the scariness out of it for everyone." She held a "chemo party" for friends and started a blog to chronicle her experience.

After six months of chemotherapy and a mastectomy, Featherstone says she decided to stage a skinny-dip fundraiser for cancer research and awareness. "I contacted some friends and family ... and told them, 'I only have one boob and I'm bald, so what's your excuse?'" Featherstone told the Times. "Sixty of us did the first one, and last year's event grew to 200 women."

Dee Featherstone, organizer of the "Strip and Dip," said before the event she wanted to "smash" the record for largest skinny-dip.

The women stayed in the water — which measured a chilly 54 degrees Fahrenheit, according to Reuters — for five minutes in order to set a new world record.

"Oh my god it was amazing," participant Deirdre Betson told Reuters after she left the water. "I have never been naked in front of anybody before, except my husband, and it was brilliant and bracing."

Surreal experience skinny dipping on a secluded beach in Wicklow with 3000 ladies this morning! Please #donate if you can via my mate’s @iDonate_ie page. All proceeds to the incredible @AoibheannPinkT #fightlikeachild #StripandDip https://t.co/tpJErFEnC5 pic.twitter.com/f6QoWdR788

Past attempts to break the skinny-dipping world record have not been as successful. A group in San Diego planned to break the record in 2016 but was thwarted after failing to obtain the proper permits. Meanwhile, other attempts are already in the works. In Perth, Australia — where the former record for the largest skinny-dip was set — a fledgling group has begun planning to wrest back the record in February.

No, You Can't: World Record Ideas That Didn't Cut It