Accessibility links
Dry, Windy Weather Stokes Colorado Wildfire, But So Far No Homes Damaged Some 2,500 homes have been evacuated; the fire has "come up to some people's backyards," one official said. But for now, it is contained in a sparsely populated area of National Forest. 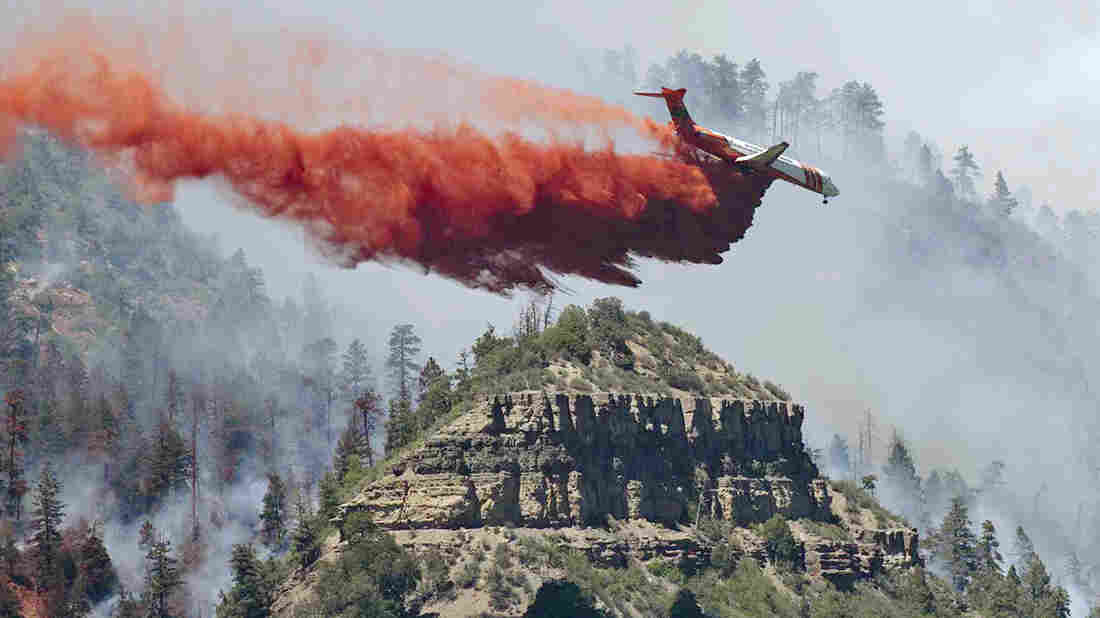 An airplane drops fire retardant on a fire outside of Durango, Colo. The 416 fire has forced 2,500 home evacuations. Jerry Day/AP hide caption 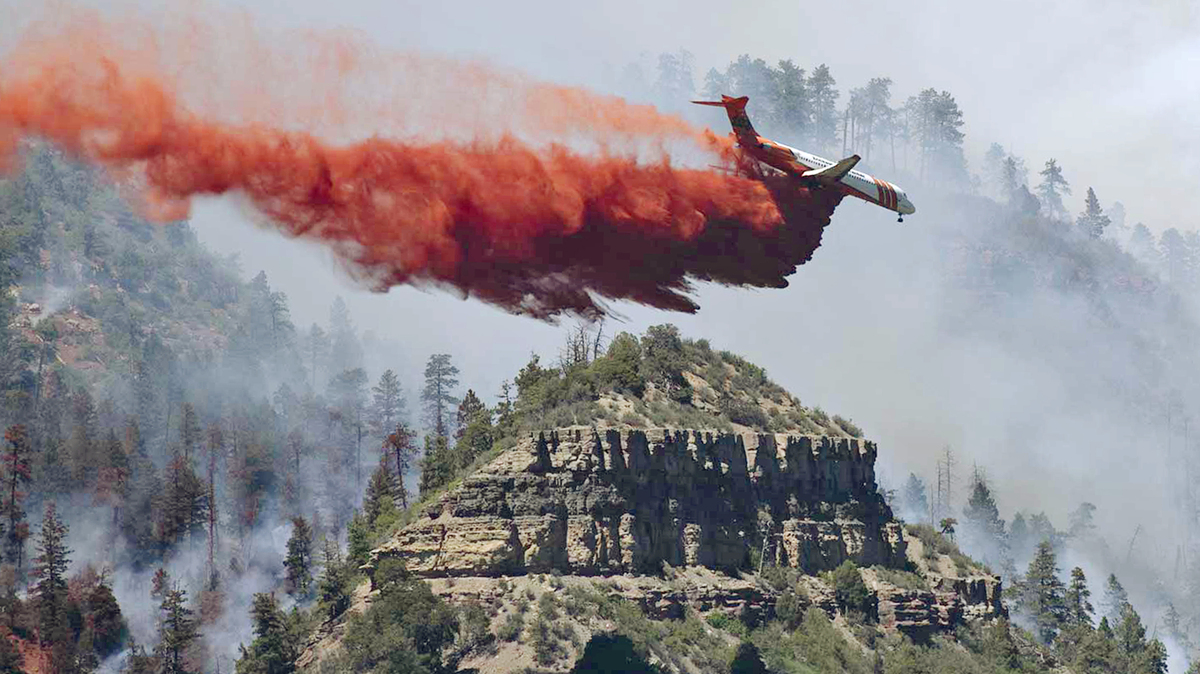 An airplane drops fire retardant on a fire outside of Durango, Colo. The 416 fire has forced 2,500 home evacuations.

A wildfire in southwestern Colorado doubled in size from Saturday morning to Sunday morning and forced hundreds more evacuations. With dry, windy weather in the forecast Sunday, firefighters said they expect the fire to continue to grow.

The fire, known as the 416 fire, hadn't damaged any structures, firefighters said in a statement Sunday, although several communities and a resort were evacuated and officials closed a section of a state highway.

"After these evacuations, we know we're in this for the long haul," La Plata County Commissioner Gwen Lachelt said Saturday night, according to a Durango Herald reporter.

“The first time we can get you safely back into your homes, we will.” - Sheriff Sean Smith

"Fire behavior is always determined by three factors: weather, terrain and the fuel type," fire management spokesman Shawn Bawden told the Denver Post. "When those three factors line up, the fire can make a good run. That's what we saw [Saturday]."

More than 800 crew members are fighting the fire, which is 10 percent contained. So far it covers 16,766 acres of the San Juan National Forest, the fire management team said, but hasn't reached residential areas.

The fire has forced a total of 2,500 home evacuations, the Post reported. In at least one area, the fire has "come up to some people's backyards," Bawden told the Post, but none have been destroyed.

Officials have restricted access to parts of Highway 550, which includes a scenic stretch known as the Million Dollar Highway. By Sunday afternoon, more than 30 miles had been closed. For now the fire's area is located west of the highway and hasn't crossed to the east side, which is more heavily populated, Bawden said.

The Post noted that Colorado is dealing with a few other fires. The Burro fire, also in San Juan National Forest, had a footprint of about 500 acres Sunday morning. Near Walcott in the central part of the state, the Bocco fire was burning 415 acres. And the Natty fire, which covered 70 acres near Cañon City in south-central Colorado, had been 70 percent contained.