Accessibility links
Trump Administration And Advocates Clash Over What's Next For Migrant Children Advocates say the government is violating rules on how the children should be treated, detaining them longer than necessary and administering psychotropic drugs.

Listen · 4:55 4:55
Trump Administration And Advocates Clash Over What's Next For Migrant Children 4:55 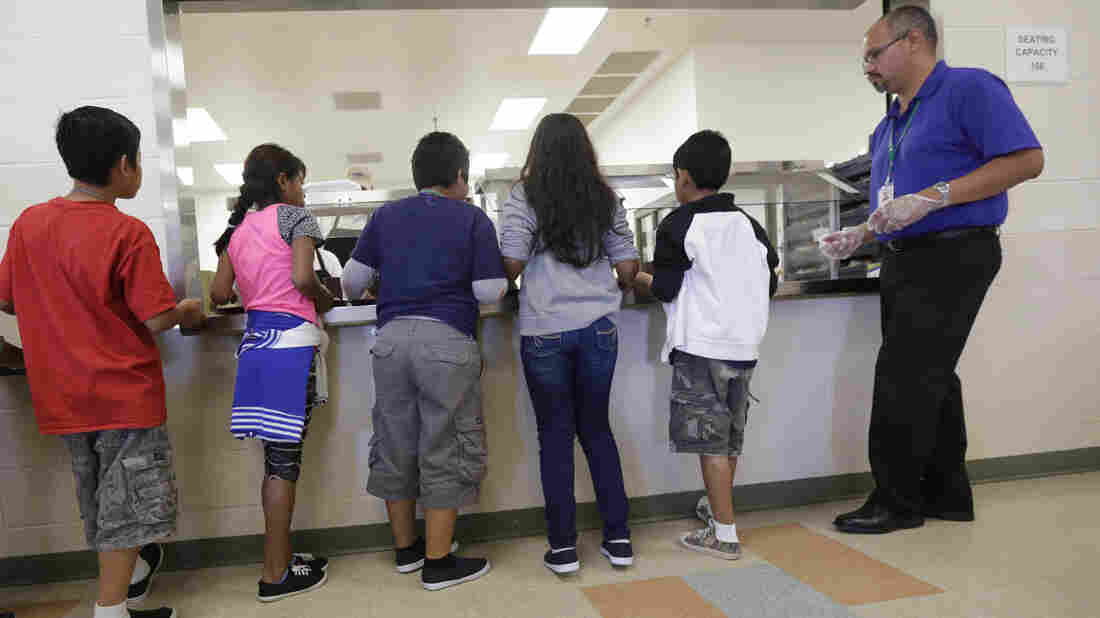 Detained immigrant children line up in the cafeteria at the Karnes County Residential Center, in Texas. Eric Gay/AP hide caption 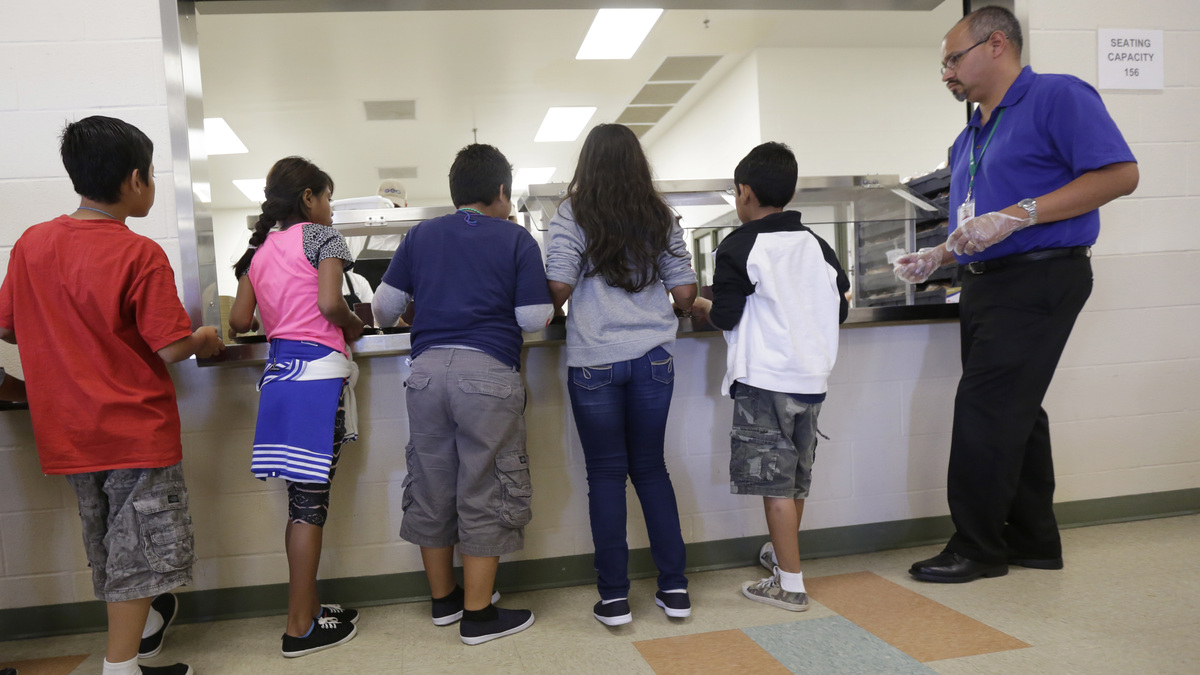 Detained immigrant children line up in the cafeteria at the Karnes County Residential Center, in Texas.

There are now more than 10,000 migrant children in U.S. government custody.

These are teenagers who fled violence in Central America. And children who were separated from their parents after they crossed the U.S.-Mexico border illegally.

How the children should be cared for and what happens to them is part of a growing clash between the Trump administration and advocates.

One of these young migrants made the long trek from El Salvador last year and turned herself in to U.S. authorities at the border.

She wanted to live with her aunt in Texas. She always believed that's what her mother would have wanted.

Her mother died when she was nine months old, and her grandparents raised her. She's 17 years old now.

"She's a very intelligent girl," says her aunt, who asked that we not use their names. She worries that speaking out could hurt her niece's asylum claim.

"She always goes to church," the aunt added, as she sat in her small apartment in San Antonio, describing the many months she spent trying to win her niece's release.

Typically, children asking for asylum are held by the Office of Refugee Resettlement for less than two months. Then they are released to a sponsor. That can be a parent, a close adult relative, or foster parents.

Her niece didn't have an official birth certificate, so she was detained for 16 months.

"I gave them every proof that I could, everything they asked for," says the aunt.

The aunt says she provided U.S. authorities with proof that she and her niece were related, including fingerprints, many documents from El Salvador and even a DNA test.

Those rules are contained in what's known as the Flores settlement, a federal court agreement dating back to 1997, said Leecia Welch, an attorney with the National Center for Youth Law based in Oakland, Calif.

"At its core, the Flores case stands for the common sense proposition that children should be raised by families and not government facilities," said Welch.

Her legal group is one of two California nonprofits fighting in court to make sure the Flores settlement is followed.

Protesters Across The U.S. Decry Policy Of Separating Immigrant Families

"We're also seeing the Office of Refugee Resettlement place some children in facilities where they're administered very powerful psychotropic medications for weeks, months or even years without first obtaining parental or judicial authorization," Welch said.

In a legal response, the government said children can be sent to more secure facilities if they are a danger or an escape risk. It also said psychotropic drugs, or medications used to treat mental illness, are used in compliance with state laws and regulations.

Meanwhile, in Washington, the Trump administration has made it clear that it wants to end the protections laid out in the Flores settlement.

"We urgently need Congress to pass legislation to close legal loopholes that are being exploited to gain entry into our country," Secretary of Homeland Security Kirstjen Nielsen said on Capitol Hill last month.

"We need to get rid of the Flores settlement," she added.

Nielsen and others in the administration believe that the current system creates a magnet for migrant children, including members of the violent MS-13 gang. They say the kids know they can come to the U.S. illegally, get released in short order, and then disappear to live here undocumented.

"I think this is essentially disinformation that's being put out," said Bob Carey, who directed the Office of Refugee Resettlement during the Obama administration. It is the agency that runs the shelters and detention centers for migrant children.

"Disinformation to state that the Flores agreement in any way, that it's bad law or that it compromises security when it largely relates to how children in custody are cared for," he added.

A court hearing on the future of the Flores settlement and the rules for treating migrant children is scheduled for later this month.