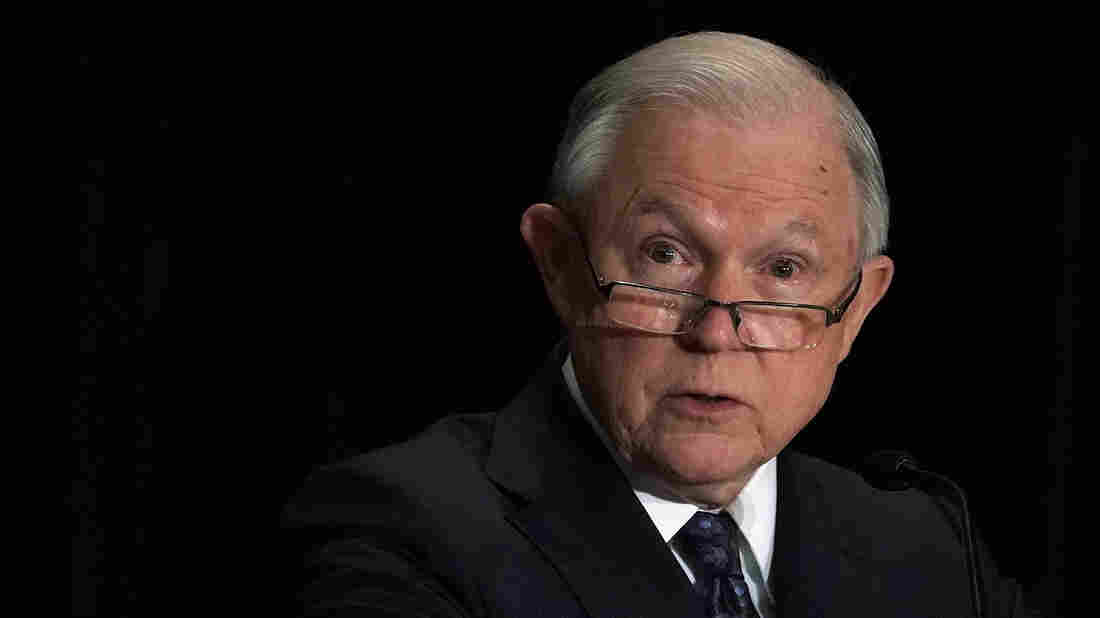 Attorney General Jeff Sessions spoke about his plan to limit the reasons for people to claim asylum in the U.S., at a Justice Department immigration review training program on Monday in Tysons, Va. Alex Wong/Getty Images hide caption 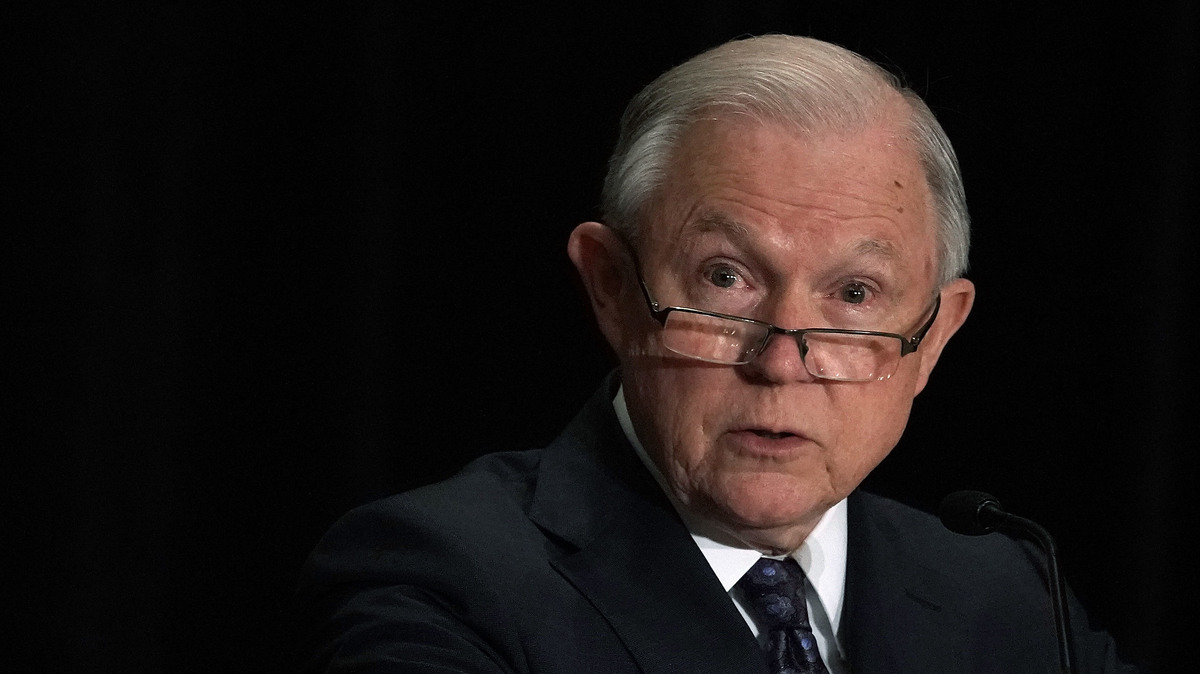 Attorney General Jeff Sessions spoke about his plan to limit the reasons for people to claim asylum in the U.S., at a Justice Department immigration review training program on Monday in Tysons, Va.

Attorney General Jeff Sessions is imposing sharp new limits on who can get asylum in the United States, ruling in a closely watched case that most migrants fleeing domestic abuse or gang violence will not qualify.

"Asylum was never meant to alleviate all problems — even all serious problems — that people face every day all over the world," Sessions said Monday in a speech before immigration judges in Virginia.

As attorney general, Sessions has broad powers over the nation's immigration courts. He can take on cases of individual immigrants, as he did in this case of one woman from El Salvador. And his decision sets precedent for the entire U.S. asylum system, so it has implications for thousands of asylum-seekers.

Immigrant rights advocates say Sessions' decision runs counter to years of established precedent. They fear the lives of asylum-seekers will be in danger when they are returned to their countries of origin.

"The decision itself really is looking to dial us back to the dark ages, before we really recognized women's rights as human rights," said Blaine Bookey, a lawyer at the Center for Gender & Refugee Studies at the University of California Hastings College of the Law. Bookey represented the Salvadoran woman in the case before the attorney general.

In his decision, Sessions argues the asylum system is intended to protect not victims of violent crime but people fleeing from persecution, like religious minorities or political dissidents.

"We all know that many of those crossing our border illegally are leaving difficult, even dangerous situations," Sessions said. But he said his decision would restore "sound principles of asylum and long-standing principles of immigration law."

Sessions and other immigration hard-liners say that it has become too easy to claim asylum in the United States — and that migrants know this.

"I do agree with the attorney general that certain asylum-seekers were gaming the system in order to gain entry into the United States," said Andrew Arthur, a former immigration judge who is now a fellow at the Center for Immigration Studies, which favors lower levels of immigration.

Immigrant advocates, however, say Sessions is taking away an essential lifeline for victims of domestic abuse and gang violence and turning his back on an American legacy of protecting the most vulnerable.

Immigration lawyers have worked for decades to help domestic violence survivors from Central America, where the problem is pervasive. They argue these women deserve asylum because they're persecuted by their husbands and ignored by their own governments.

The Salvadoran woman whose case Sessions took on spoke out for the first time to NPR last month. She asked to remain anonymous because she still fears her abusive ex-husband. She is known in court papers only as Ms. A.B.

She said she feared for her life after suffering more than a decade of abuse and that police in El Salvador refused to help her.

Ms. A.B. fled to the United States and applied for asylum. She fought her case to the Board of Immigration Appeals, which sided with her. But then Sessions intervened. He ruled against her and sent the case back to an immigration judge to order her deportation.

"We've spoken with Ms. A.B. herself, and she's incredibly fearful as you can imagine," Bookey said. "And there are lots of Ms. A.B.s out there that will be really at risk of deportation to their possible deaths."

In the meantime, Sessions says that he hopes his message is reaching would-be asylum-seekers in Central America and that they think twice before traveling to the U.S. border.

"The world will know what our rules are, and great numbers will no longer undertake this dangerous journey," Sessions said Monday.

In recent months, there has been a surge in the number of immigrants trying to cross the U.S.-Mexico border. Immigrant rights advocates say that is because they're fleeing extreme violence in their home countries — violence that shows no signs of abating.

In Tijuana, Migrants Seeking Asylum In The U.S. Tell Harrowing Stories Of Crisis