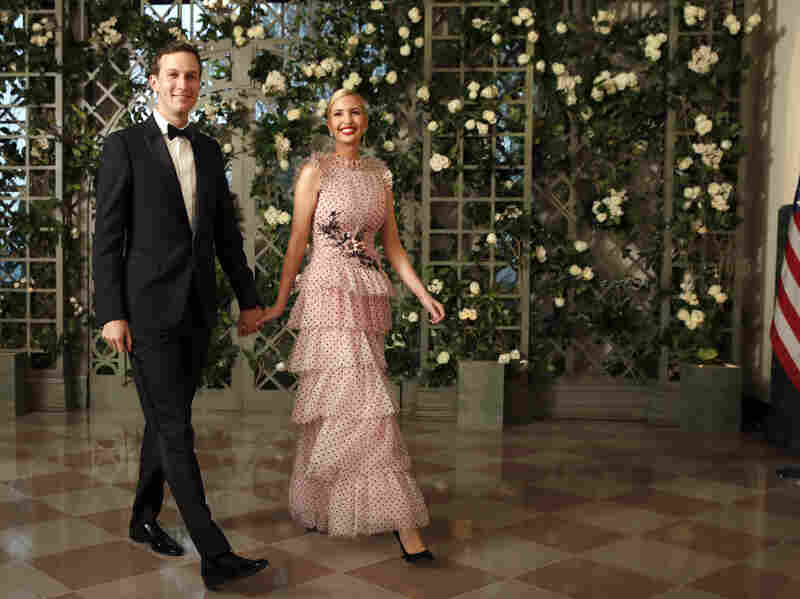 Jared Kushner and Ivanka Trump, arriving for the state dinner in April, have held positions in more than 200 companies and organizations. Alex Brandon/AP hide caption 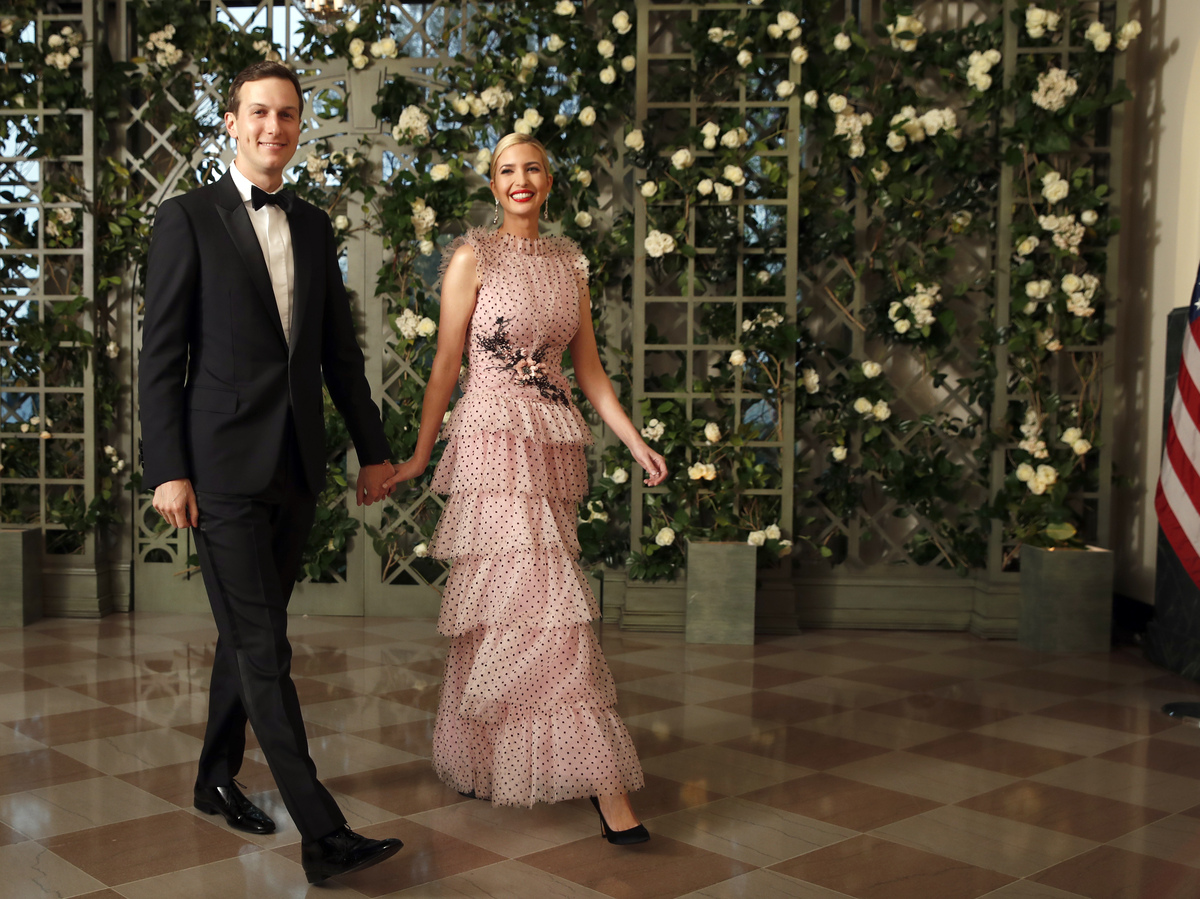 Jared Kushner and Ivanka Trump, arriving for the state dinner in April, have held positions in more than 200 companies and organizations.

Ivanka Trump and Jared Kushner earned at least $82 million last year from investments and business concerns outside of their jobs as unpaid senior advisers to the president, according to financial disclosures released by the White House.

Kushner also listed a stake in Brooklyn Beer, restaurants in Las Vegas and Thrive Capital Management, an investment firm founded by his brother Josh Kushner to focus on media and entertainment.

The disclosure lists are challenging to follow. Both Trump and Kushner have held positions in more than 200 companies and organizations. The Associated Press reports that the current disclosures reflect a possible rise in Kushner's assets, from at least $140 million in April 2017 to $181 million this spring.

The couple's disclosures include a number of debts; because each line of credit is only described as a broad spread, their total unpaid debt ranges between $27 million and $135 million.

In addition to her family-related businesses, Trump earned $289,300 as an advance from Penguin Random House for her book, "Women Who Work."

Further, she earned several fixed payments a year from companies related to the Trump brand, totaling about $1.5 million.

The White House released the financial disclosures for Trump and Jared Kushner on Monday.