Accessibility links
Red State Democrats Campaign On Health Care Democrats see a focus on health care as one way to hold onto Senate seats in red states in the November midterms. That's despite being repeatedly beaten on health care messaging in recent elections. 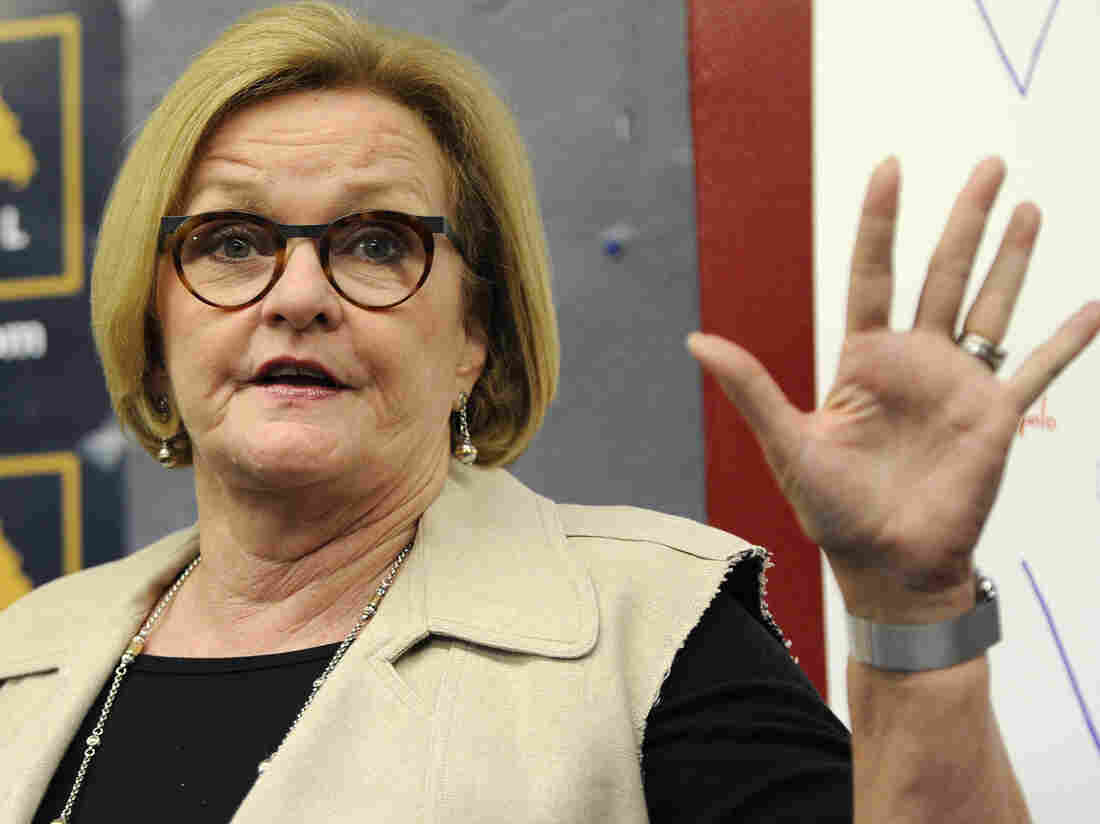 Sen. Claire McCaskill, D-Mo., speaks to supporters at the opening of her campaign field office on May 18 in Ferguson, Mo. Bill Boyce/AP hide caption 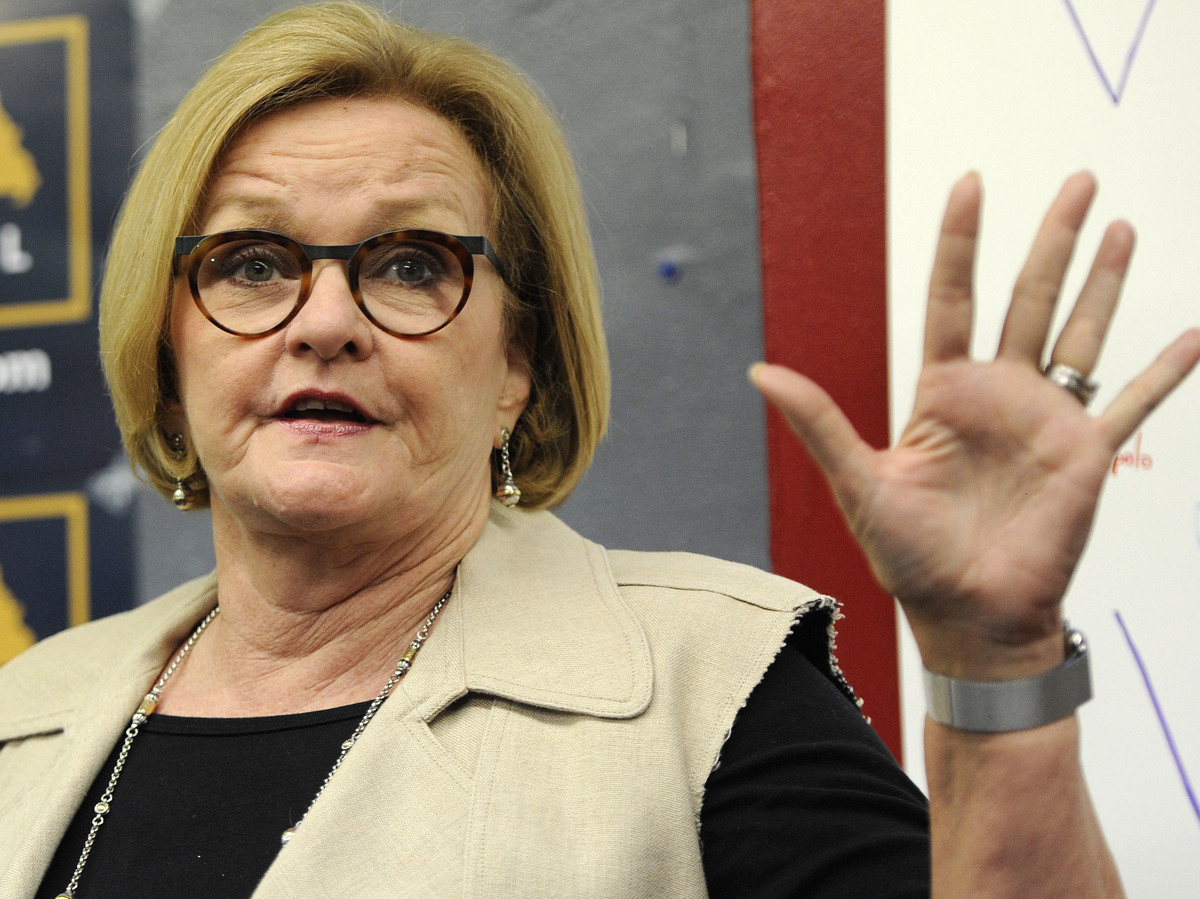 Sen. Claire McCaskill, D-Mo., speaks to supporters at the opening of her campaign field office on May 18 in Ferguson, Mo.

On Wednesday, Senate Minority Leader Chuck Schumer announced that "Democrats are going to spend the next few months, including the August work period, focusing on the nation's health care system."

Every campaign manager running a Democratic campaign would have winced at that idea, had it come at any point between 2009 and 2017. "I would be pretty surprised," said Guy Cecil, the Democratic Senate Campaign Committee's executive director in 2012 and 2014, at the idea a Democrat would willingly draw attention to health care so close to an election.

Republicans hammered the Affordable Care Act or ACA, over and over, in the years after its passage in 2010. "Everything that was bad about health care was all the fault of Obamacare," Missouri Sen. Claire McCaskill told a Missouri crowd last fall. "Which of course wasn't true, but it was powerful, politically."

So powerful that Republicans won control of the House in 2010, and then the Senate in 2014, attacking Obamacare. But in 2018, Democrats see health care as their issue, and a key way to defend the seats of McCaskill and the nine other Democrats running for reelection in states President Trump carried in 2016.

McCaskill has made health care – particularly prescription drug costs – a central focus over the past year. "You're going to hear me talk about it non-stop," she said during a visit to a Missouri senior center in March. "It is outrageous, the stress right now that people feel right now about climbing health care costs."

Videos of McCaskill discussing health care costs make up much of her official YouTube page.

Democrats see the health care focus as a viable defense against the politically unfriendly territory this year's Senate campaign is playing out on, as well as increasingly positive views voters hold about the economy and the general direction of the country.

"Health-care costs remain one of the top issues in every state in the country," Maryland Sen. Chris Van Hollen, who heads the Senate Democrats' campaign committee, recently told reporters. "And when you look at that issue, the most recent poling I've seen on that...shows a 20-point advantage for Democrats."

As Democrats raise alarms about future Obamacare repeals, Republicans have responded by raising alarms about how a Democrat-controlled Congress would lead to a government-takeover of health care. Indeed, the Democratic Party has shifted to the left on health care in recent years, with multiple likely 2020 presidential candidates signing onto Vermont Sen. Bernie Sanders' bill creating a single-payer, Medicare-for-all health care system.

Republicans also try to shift the blame for rising premiums and other ACA problems on the Democrats who created the system.

President Trump attempted to tag Democrats on the issue in a tweet last summer.

But polls show that just as Trump is getting credit for the economy he inherited from Obama, he also gets the blame for the health care status quo.

Cecil, who now runs Democratic super PAC Priorities USA, agreed. "Really, from that point forward we've seen in almost every special election so far this year and last year, and the Virginia governor's race, that health care continuously is a top-three issue for voters, even when the campaign is not about health care."

The Democratic Congressional Campaign Committee is making protecting Obamacare a central argument in the advertising it's running in key House districts Democrats are trying to flip from red to blue.

Beyond Obamacare, with Republicans holding all the power in Washington, Democrats feel emboldened to blame the GOP for all other health care woes, including rising drug costs and insurance premiums.

Voters by and large buy that argument.

Just as Trump is getting increasing credit for the improving economy he inherited from Obama, he's taking the blame for shortcomings voters see elsewhere. "They're the government and they own it, and they're responsible for the problems with the law, whatever they are," said Altman.

On the Senate floor Wednesday, Schumer promised to spend the coming months in Washington "focusing on all our Republican friends have done to drive up the costs of health care to average Americans, and what we should be doing to reverse that awful trend."

Expect that in Fall advertisements and campaign messaging, too — even if Democratic operatives who rode out the 2014 and 2010 campaign cycles when the issue was a negative for the party may flinch at the thought of the idea.