Accessibility links
Finding Foundation: How Bobby McFerrin And His Daughter Make Music A Family Affair Bobby McFerrin is best known for his feelgood 1988 hit "Don't Worry, Be Happy." Now, his daughter Madison is a singer-songwriter on the rise. 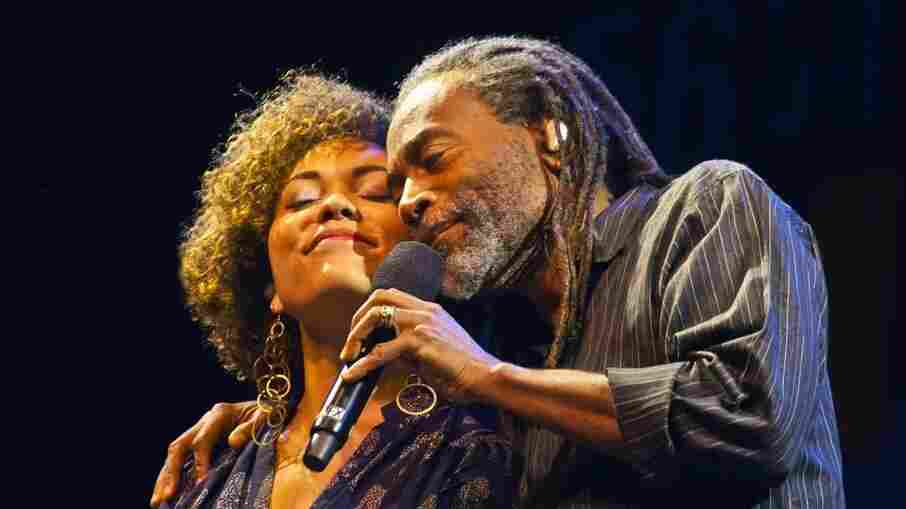 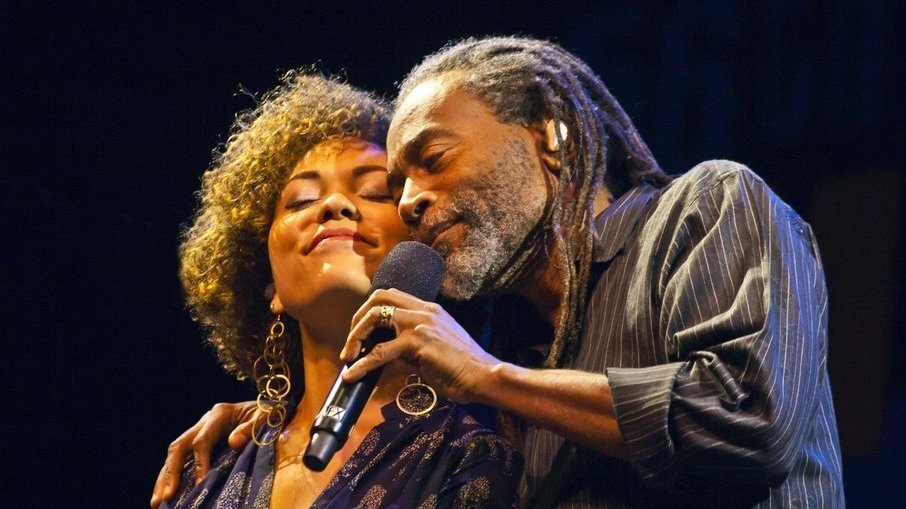 Bobby McFerrin with his daughter Madison McFerrin at Monterey Jazz Festival in 2014.

The love of music has been passed down in the McFerrin family for generations. Bobby McFerrin is likely best known for his 1988 hit "Don't Worry, Be Happy" and has been entertaining audiences with his jazz scatting for nearly 50 years. His father, Robert McFerrin, was the first black performer contracted with the Metropolitan Opera House in 1955. Now Bobby's daughter, 26-year-old Madison McFerrin, is a singer-songwriter on the rise; she already has two projects, Finding Foundations Vol. I and II, to her name. With Father's Day coming up, this father-daughter duo have plenty to celebrate.

Madison attended Berklee College of Music and remembers that people often asked about her father before asking about her. "A lot of people asked me to scat, and I'm like, 'I don't do that,' " she says. "They put a certain level of expectation on me that I definitely was unprepared for."

But the attention helped put her father's music in perspective.

"Sometimes you can take for granted when there's a genius walking around your house making all these random noises that, as a kid, you don't understand are really difficult to make," she says of her father's scatting.

Madison bills herself under R&B and future soul genres, singing soaring a cappella to lyrics she's crafted. This lyricism is the major difference in Madison and her father's musical paths. "Maddie has built her career on words, and I've built it on non-words," Bobby says.

One of her latest songs, called "Can You See?" is a statement against police brutality. The track plays off aspects of "The Star-Spangled Banner" with tweaks to the anthem's familiar lyrics: "But so proudly you hail / while we are all out here screaming."

The track is also a nod to her heavily criticized national anthem performance at a Hillary Clinton rally in 2016. After that performance, her parents were the first people she called to find comfort. "Who hasn't had a lousy night?" Bobby asks.

Though Bobby naturally wants to protect his daughter from such downsides of fame, he knows Madison's path in the music industry is all her own.

"The success that my kids have had, I think in a way, honors me and their mother," he says.

Bobby and Madison McFerrin spoke with NPR's David Greene about performing together and their plans for Father's Day. Hear their conversation at the audio link.