Accessibility links
At 28 Years Old, 'Learning How To Be A Sister' After a DNA test revealed that they were half sisters, two women recall meeting each other for the first time. The discovery, for both of them, fulfilled a missing link. 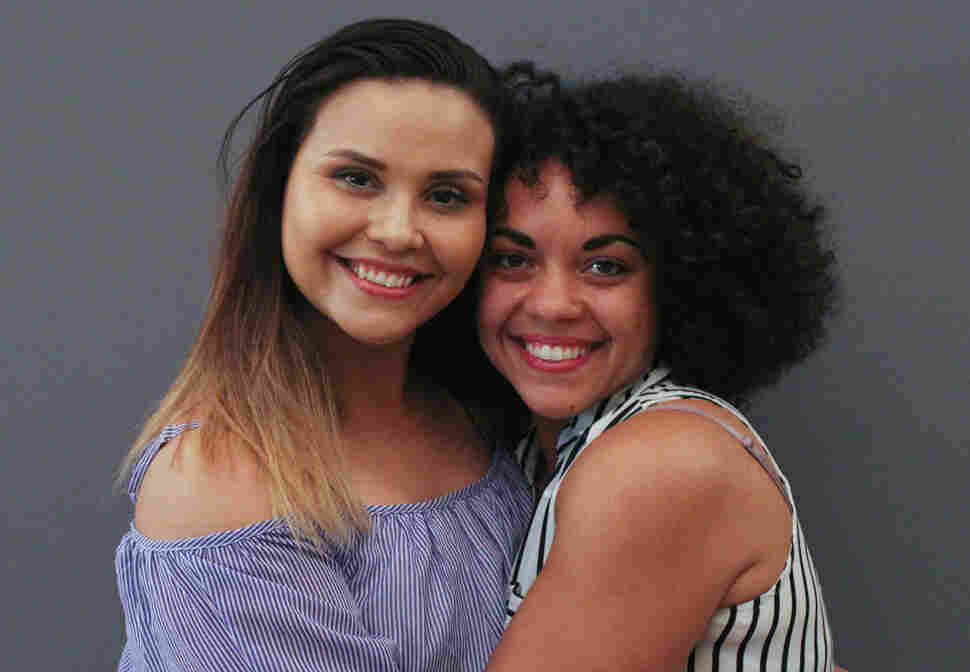 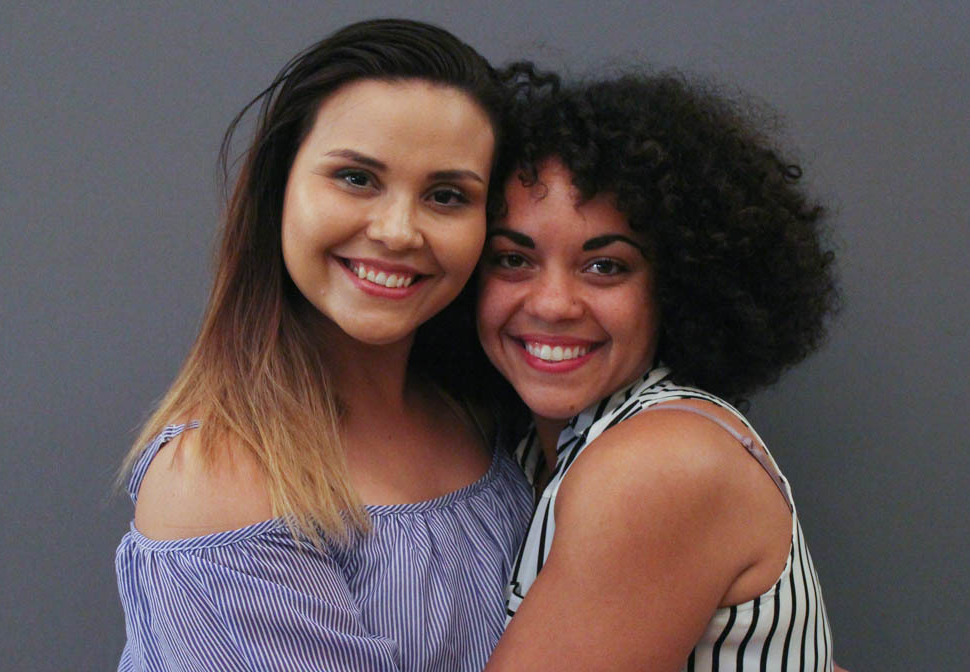 Courtney McKinney remembers what her single mother had told her about her father: "That his name was Charles and he was white, and [her parents] had a brief relationship and it didn't work out."

But she also remembers not believing that story.

As it turned out, McKinney was right to have doubts. When she was 16, she learned that her mom had actually conceived through anonymous sperm donation. Her mom had always planned to tell her, and McKinney says when she began expressing more longing to know about her father, her mom decided it was time.

When she was an adult, McKinney, 28, discovered she had a half sister, Alexandra Sanchez, also 28. Sanchez and McKinney are one of many families that have been expanded as a result of online DNA testing. 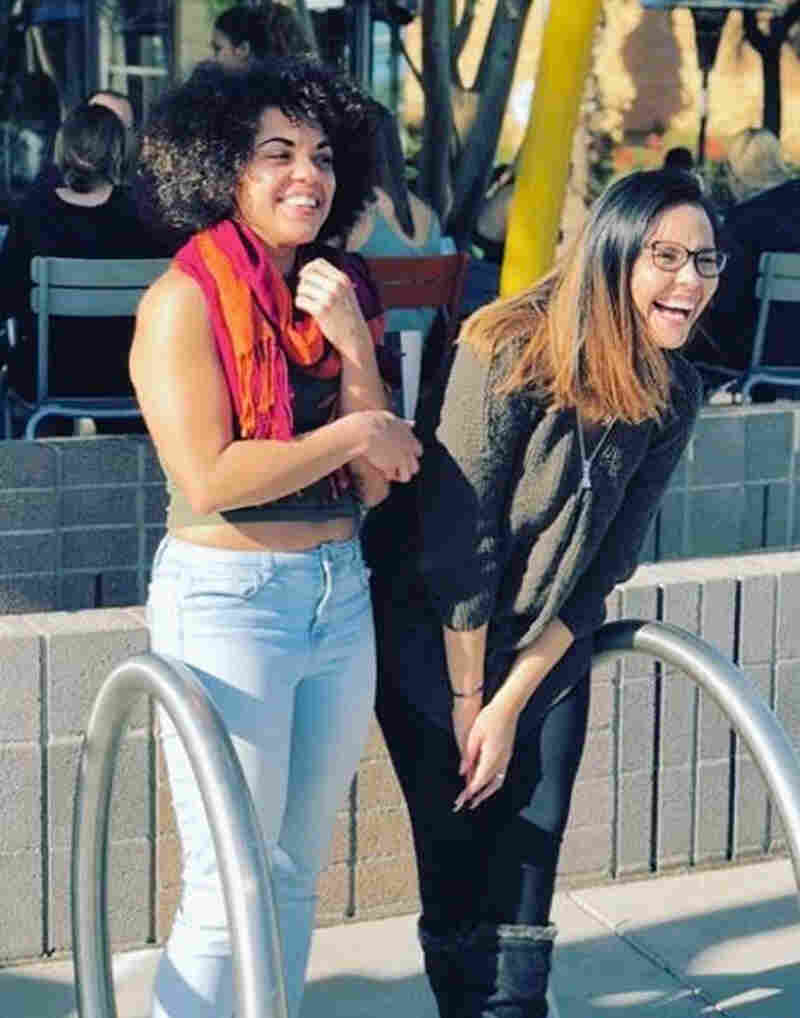 McKinney (left) and Sanchez laugh together on the first day they met in person in Phoenix. "We didn't get to grow up together," Sanchez says, "but we will get to grow old together." Courtesy of Alexandra Sanchez hide caption 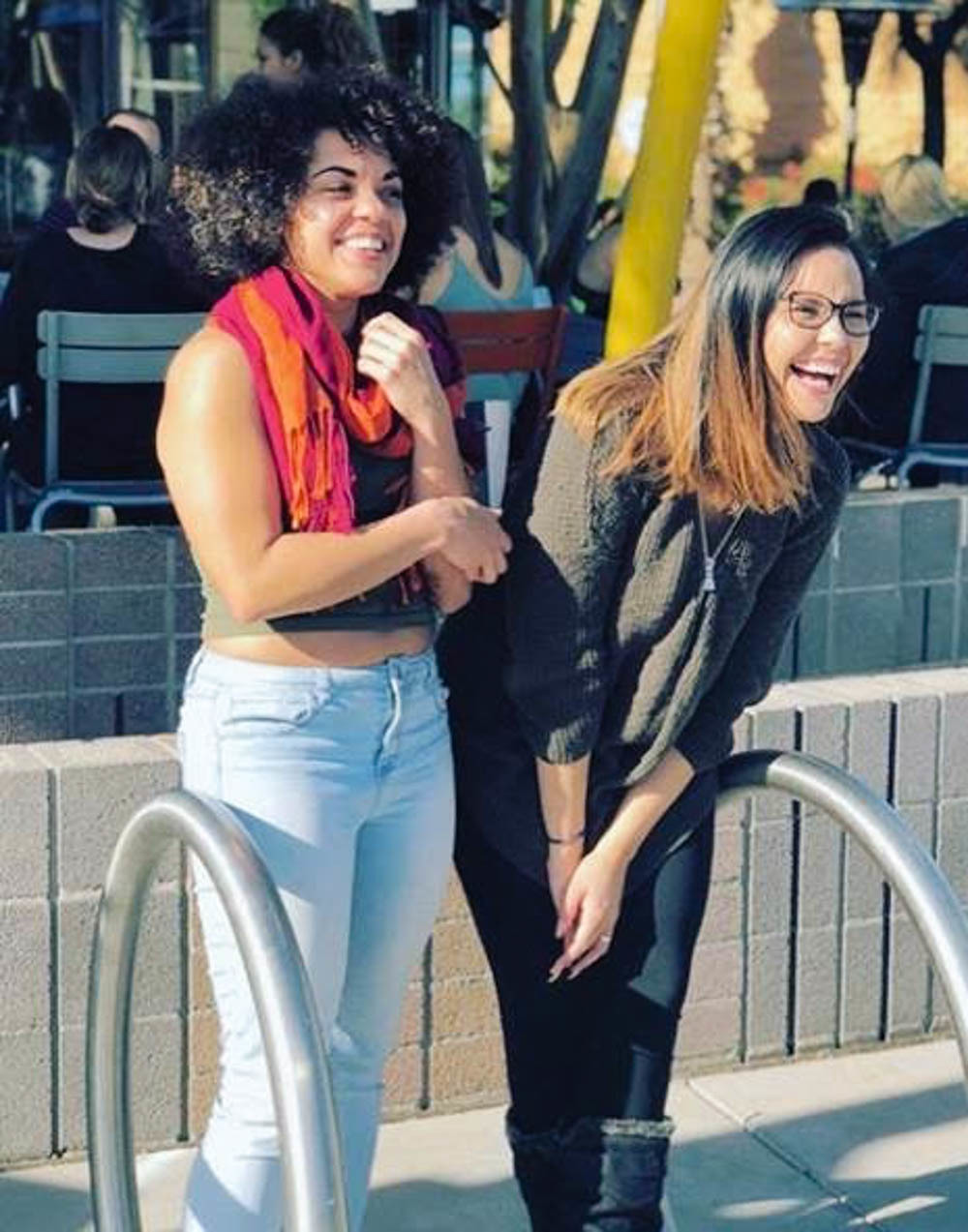 McKinney (left) and Sanchez laugh together on the first day they met in person in Phoenix. "We didn't get to grow up together," Sanchez says, "but we will get to grow old together."

At a recent visit to StoryCorps, McKinney told Sanchez that she'd been eager to find family. "And then we matched," McKinney says. "So I messaged you. And I was like, 'Any chance that you had a donor as a father?' "

That message, Sanchez says, brought her to tears. "Hearing your voice for the first time was amazing, to say the least," she tells McKinney. "I always wished for siblings. That's the one thing I always dreamt of. So when we actually met for the very first time, when you ran up and hugged me, just — the feeling, the intense feelings inside, I just knew."

She knew, in this moment, that they were truly sisters.

But McKinney and Sanchez had agreed to take a more sophisticated DNA test to confirm the original results of the online test. So McKinney flew from her home in Sacramento, Calif., to Phoenix, where Alex lives, to meet for the first time in person, at an official DNA testing center.

McKinney says she remembers how the excitement of their first meeting, a lunch following the DNA test, drew the interest of a couple of eavesdroppers. "I swear one of them even pushed his chair closer so he could hear us!" she says.

Sanchez says she recalls thinking, "This is the first time I get to have a beer with my sister. I grew up thinking that I looked exactly like my mother until I met you. I remember us looking at each other and saying 'Oh, you have freckles!' And, of course, the smile and the way our chins curve."

McKinney was accompanied by two close friends in the initial meeting, while Sanchez brought her husband. Sanchez says, "I remember getting in the car, my husband said, 'I have a sister-in-law.' And I was thinking, 'Could this all be true?' "

While He Was In Prison, His Son Grew Up; Now, 'They're Getting To Know Each Other'

"I just look forward to learning how to be a sister. That's such a weird thing to do at 28 years old," McKinney says, laughing.

Sanchez acknowledges it's a new reality they both have to grasp — as sisters. "We didn't get to grow up together," she says, "but we will get to grow old together."