Accessibility links
The Huge Justice Department IG Report Is Out. What Comes Next? There is political ammunition both for Republicans and Democrats in the massive opus, but the report isn't an ending — it's only an inflection point in a broader saga. 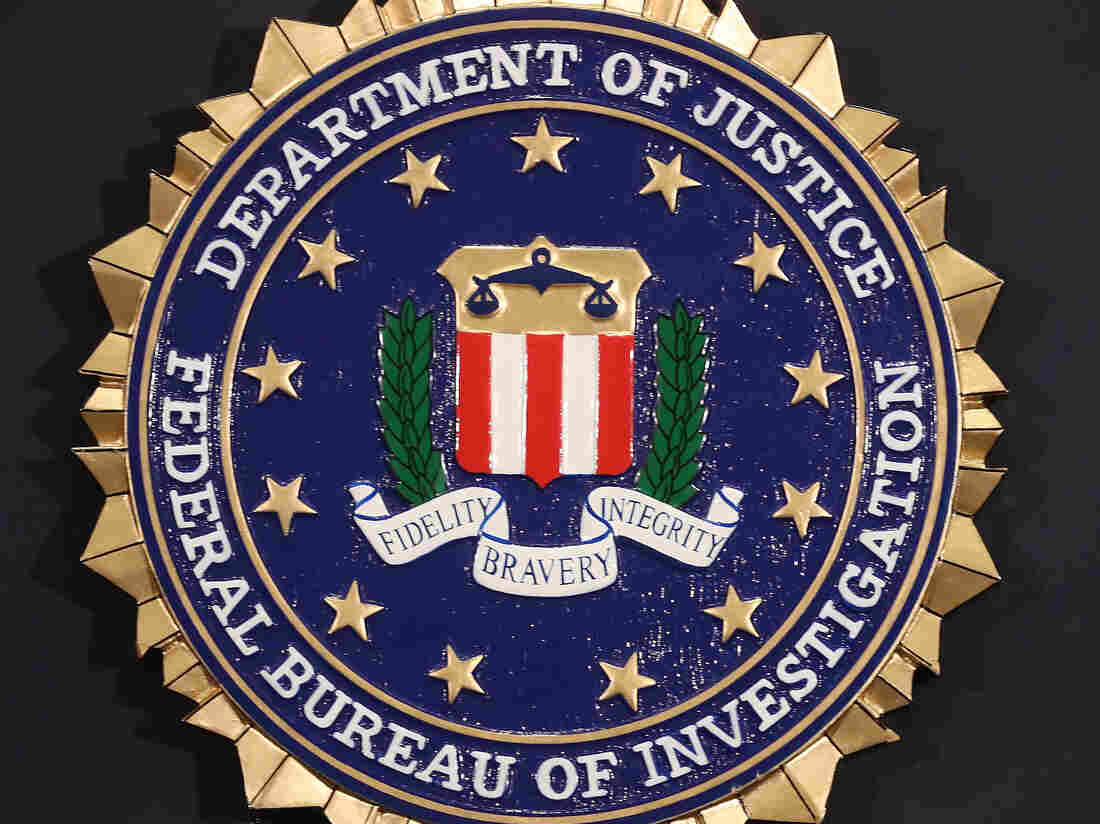 The inspector general's report has been hotly anticipated for months, but it does not conclude the saga over the Department of Justice, the FBI and the 2016 presidential election. Mark Wilson/Getty Images hide caption 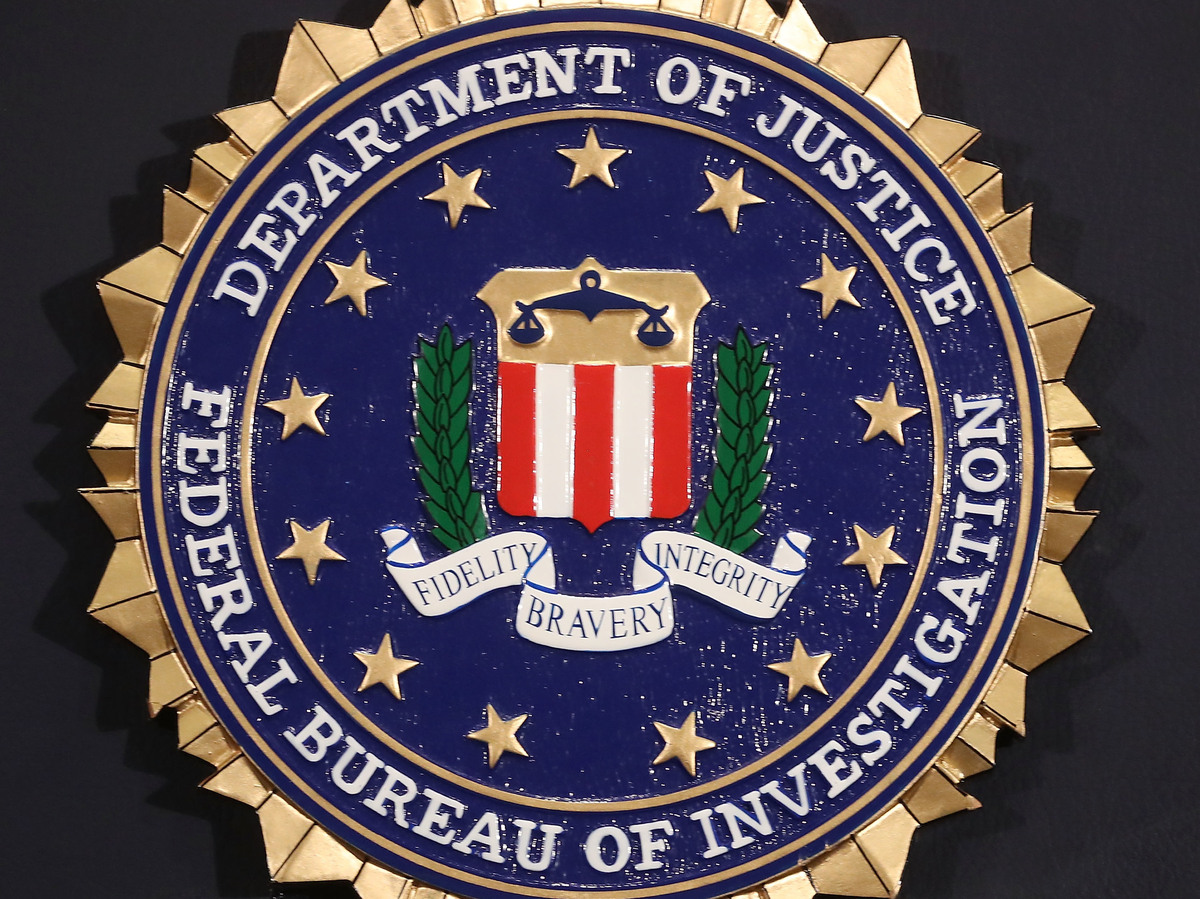 The inspector general's report has been hotly anticipated for months, but it does not conclude the saga over the Department of Justice, the FBI and the 2016 presidential election.

The Justice Department's internal watchdog agency unveiled a doorstop-sized report Thursday that provides an inflection point — but no closure — in the never-ending war over the 2016 presidential campaign and its aftermath.

The nearly 600-page opus by Inspector General Michael Horowitz offers political ammunition for both Republicans and Democrats and resolves a few key questions about what happened behind the scenes during some critical moments of the last presidential election year.

But it also confirmed that this saga has no end in sight. Here's what you need to know about what it said — and what will happen next.

Horowitz's report excoriates then-FBI Director James Comey, then-Attorney General Loretta Lynch and others for violations of policy, insensitivity toward appearances and other conduct in 2016, but it said none of them acted out of political partisanship.

That's important because charges of "bias" have formed the basis of months of political attacks by President Trump and his Republicans allies against federal law enforcement. Lynch and Comey let Democratic presidential nominee Clinton off the hook in the matter of her handling secret information on her personal email server while secretary of state, some in the GOP argue. What's more, they say, people inside the Justice Department and the FBI continue working to "frame" Trump.

No, the IG said: "We found no evidence that the conclusions by department prosecutors were affected by bias or other improper considerations; rather, we determined that they were based on the prosecutors' assessment of the facts, the law, and past department practice."

That will not end the charges of "bias" and abuse of power by the president and his allies, especially because the IG report did uncover new evidence that individual people on the inside at the bureau, at least, were decidedly anti-Trump.

FBI officials talked about wanting to "stop" Trump from being elected ...

Exhibit A in the case about "bias" against Trump is the cache of text messages between an FBI lawyer who has since left the FBI and a senior special agent who is, so far, still employed by the bureau. The frank political opinions in those messages have embarrassed the bureau, and there were still more in the report on Thursday.

In the newly released exchange, attorney Lisa Page asks agent Peter Strzok: "(Trump's) not ever going to become president, right? Right?!" Strzok responds: "No. No he's not. We'll stop it."

The IG and congressional investigations have debunked conspiracy theories about a cabal of insiders using their power to unfairly attack Trump, but this Page-Strzok exchange shows that there really were people inside the bureau who personally opposed his election.

Page and Strzok also worked at one time on the unit conducting the investigation into Russia's attack on the 2016 election and whether anyone on the Trump campaign was involved. Strzok was removed from that investigative team in the summer 2017 once the text messages came to the attention of the special counsel's office, according to media reports. And Page had already completed her stint on that team and returned to the FBI by that time.

White House press secretary Sarah Sanders told reporters Thursday that messages like those revealed in the report vindicated the worries Trump and his allies have expressed about the ability for federal law enforcement to be impartial now or going forward.

That comports precisely with Trump's political strategy of attacking Justice Department special counsel Robert Mueller and his team, including the accusation that they are perpetuating a political "witch hunt" against him.

... but Strzok also wondered about the substance of the Russia investigation

An attorney for Strzok defended him on Thursday and cited evidence in the report about how strongly he pushed for aggressive investigative techniques in the Clinton email investigation.

There's also at least one key message that suggests Strzok and Page didn't join the Russia investigation with clear evidence in hand of wrongdoing by Trump or his campaign but, instead, with open skepticism about whether they might discover any wrongdoing.

The two officials texted back and forth about offers to join Mueller's team at the time of his appointment. Although Strzok ultimately joined Mueller's unit, here's how he responded to a message from Page that mentioned the prospect that Trump might be impeached:

"you and I both know the odds are nothing," he wrote. "If I thought it was likely I'd be there no question. I hesitate in part because of my gut sense and concern there's no big there there."

Strzok later told investigators, as the IG report goes on to describe, that "my question [was] about whether or not this represented a large, coordinated conspiracy or not." 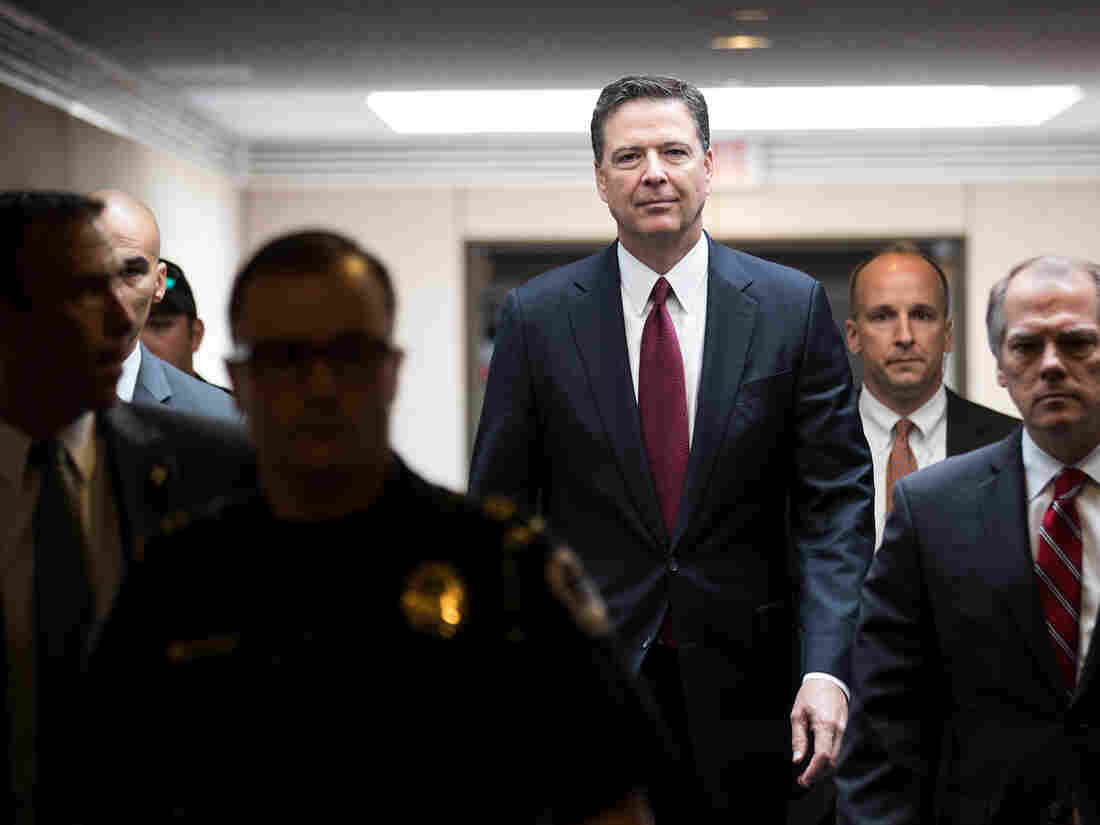 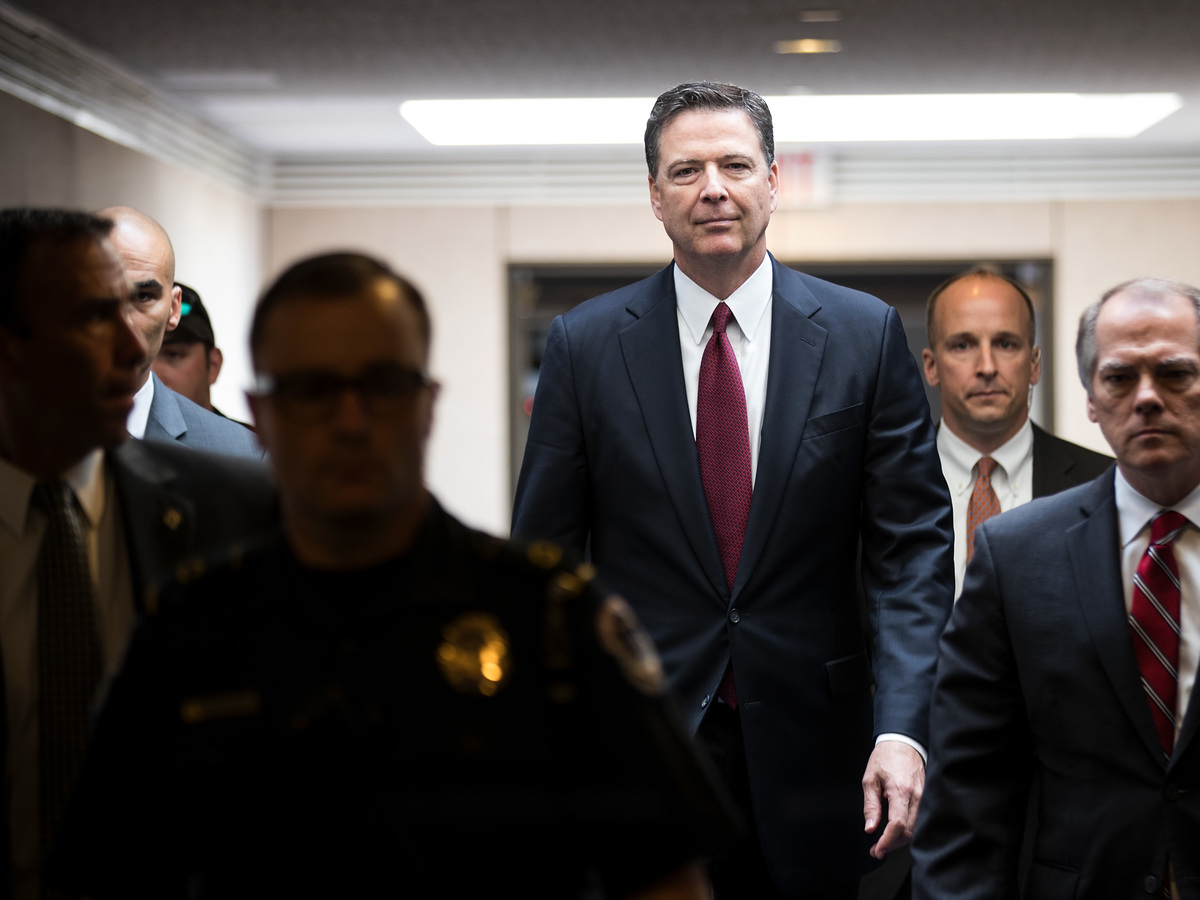 The IG report takes its strongest aim at Comey, whom it depicts as an ego-mad schemer choosing on his own when to follow Justice Department practices and when to go his own way or even be "insubordinate" to his superiors.

In one passage, the report rejects the decision-making process Comey described to Congress that led him to declare publicly not long before Election Day in 2016 that the FBI had reopened its Clinton email investigation.

Comey chose to depart. Before that, he declined to tell Lynch or then-Deputy Attorney General Sally Yates about his intentions, and before that, Comey broached the prospect of calling for a special counsel in the Clinton investigation because he didn't think Lynch could credibly handle the case. But Comey never issued such a call, as the IG report describes, and only invoked the idea as a "bargaining chip."

Comey has been defending himself in the year since his firing — on Twitter, in his book and most recently in a column in The New York Times published online Thursday immediately after the report was officially released.

The dilemmas presented in 2016 were unprecedented — a "500-year flood" — and came with no instruction manual, he argues.

For critics, however, including Democrats and especially Trump, the IG report is a book-length indictment of Comey and his leadership. That's important for Trump and his supporters. The president denies accusations that his firing of Comey might have been an attempt to obstruct justice as the FBI pursued its Russia investigation, now led by Mueller.

Not only does Trump enjoy the privilege under the Constitution to fire Comey for any reason, the president's legal team argues, now the IG report lays out the most comprehensive case yet why Comey's actions gave Trump valid cause to dismiss him.

The IG report has been hotly anticipated for months, but it does not conclude the saga over DOJ, the FBI and the 2016 presidential election. In fact, far from it — the report found there were more FBI employees, whom it did not identify, who sent and received political text messages that investigators said brought "discredit" upon them and the bureau.

As the FBI and members of Congress continue to pull that thread, those investigations could uncover more material that embarrasses the bureau again.

Also, Horowitz himself is due on Capitol Hill next week to talk in person with members of Congress about his findings. The lingering frustrations about the Justice Department, the FBI, Comey and the 2016 saga among both Republicans and Democrats mean that fireworks are likely.