Accessibility links
The Czech President Invites You To Watch Him Burn Some Huge Red Underpants Milos Zeman has some history with Goliath-sized boxers. Bad history. So he had the media gather Thursday for a ritual bonfire. "The time of underwear in politics is over," he boldly declared. 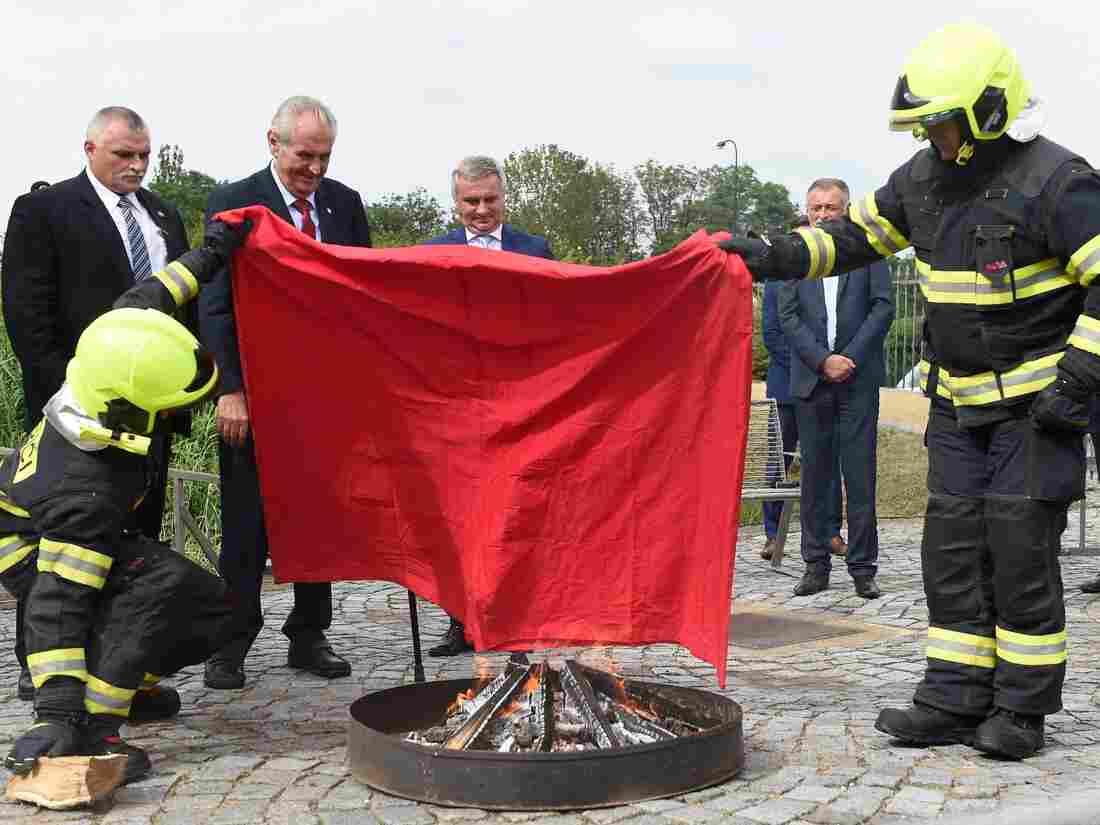 Czech President Milos Zeman (back row, second from left) looks on with glee Thursday as firefighters burn a large piece of red textile representing the red underwear his political opponents have used to mock him. Michal Cizek/AFP/Getty Images hide caption 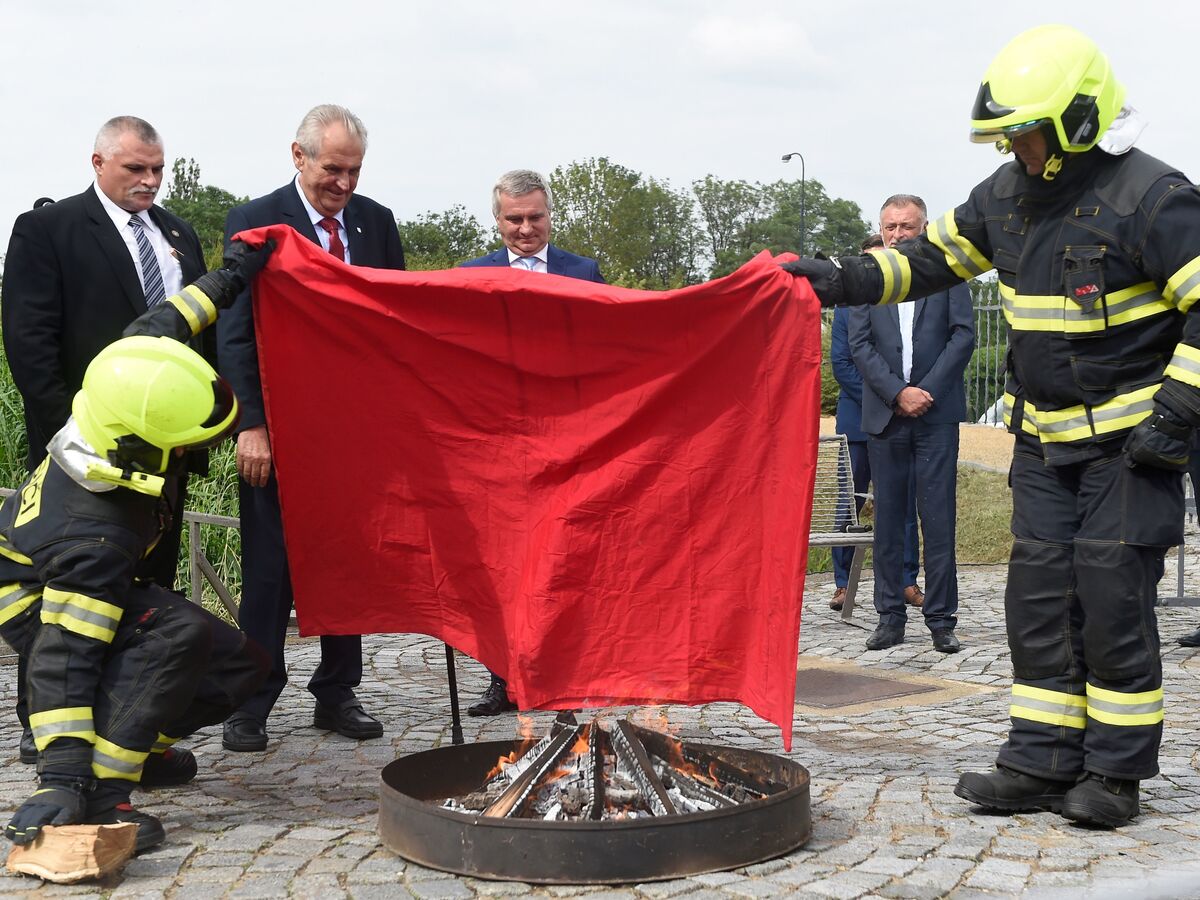 Czech President Milos Zeman (back row, second from left) looks on with glee Thursday as firefighters burn a large piece of red textile representing the red underwear his political opponents have used to mock him.

Milos Zeman, president of the Czech Republic, had an important announcement — but he wanted it to be a surprise. So he called a news conference Thursday.

And after reporters had gathered at the Prague Castle — that grand, graceful monument that has weathered more than a millennium and still houses the presidential offices today — Zeman told his chancellor to bring out the underwear.

It took Vratislav Mynar a little while to unfold the massive, honking pair of red boxers, understandably, but he did so with all the awkward dignity befitting his position.

Then Zeman and Mynar responsibly presented the big briefs to firefighters nearby. The firefighters promptly burned them.

Now, you may have some questions. Don't worry, that makes sense.

Zeman, 73, explained Thursday that he has some old scores to settle with red underwear. You see, the artist collective Ztohoven had used a pair of Goliath-sized skivvies to criticize the populist leader — whom they have called the "man who is not ashamed" — for his China- and Russia-friendly stance and anti-immigrant rhetoric.

Back in 2015, members of the group donned hardhats and climbed to the roof of Prague Castle. Once there, they lowered the Czech flag and replaced it with the billowing underthing in protest.

But that wasn't the end of it. The BBC reports that Ztohoven continued to use representations of the red underwear on T-shirts and badges blasting Zeman's re-election efforts, even though they'd lost the real thing to the state property office.

Zeman won re-election earlier this year anyway. But he wasn't about to let this indignity rest.

He told reporters Thursday that his office bought the underwear for a single Czech crown, roughly equivalent to a U.S. nickel. It was not immediately clear whether they were the same pair, but it made the symbolism no less apparent.

These boxers had to burn.

"The time of underwear in politics is over," Zeman declared to reporters, as translated by Agence France-Presse.

Opposition politicians, such as member of European Parliament Jiří Pospíšil, were a little less impressed with the gesture. "Awaken me from this nightmare!" he pleaded on Twitter.

However, Zeman had no intention Thursday of apologizing to anyone — except, perhaps, to the media he enjoys lightheartedly threatening with toy automatic rifles.

"I'm sorry to make you look like little idiots," he said to reporters before leaving, according to AFP, "you really don't deserve it."