Accessibility links
Democrats Plan Unusually Early 2020 Convention Democrats will hold their convention in July 2020, before the Summer Olympics. DNC officials say they are making the announcement before a field of candidates materializes to stress their neutrality. 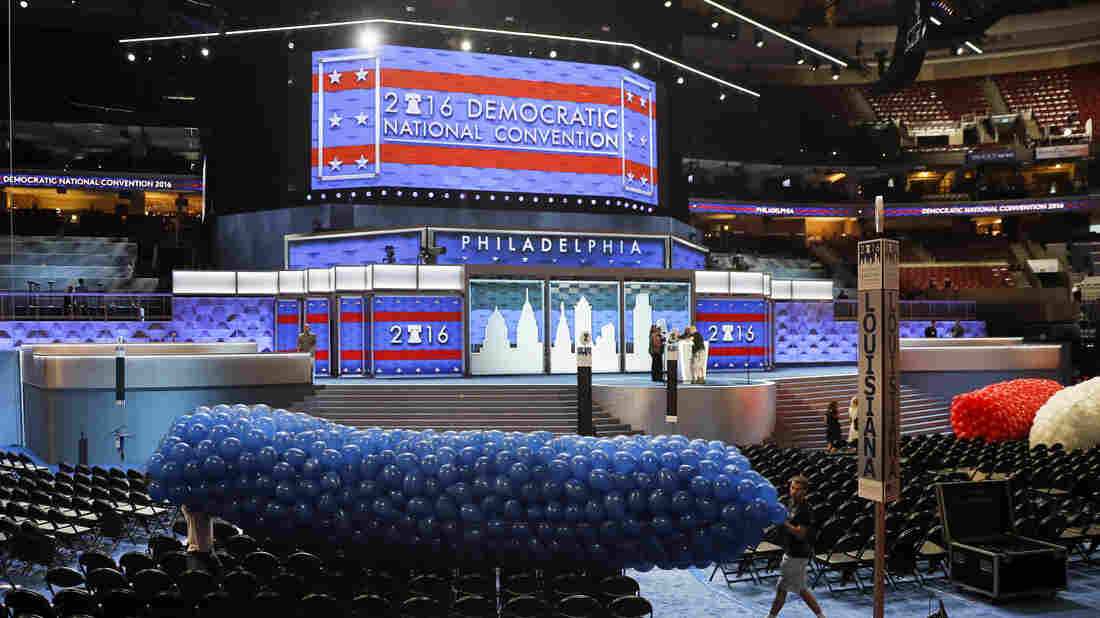 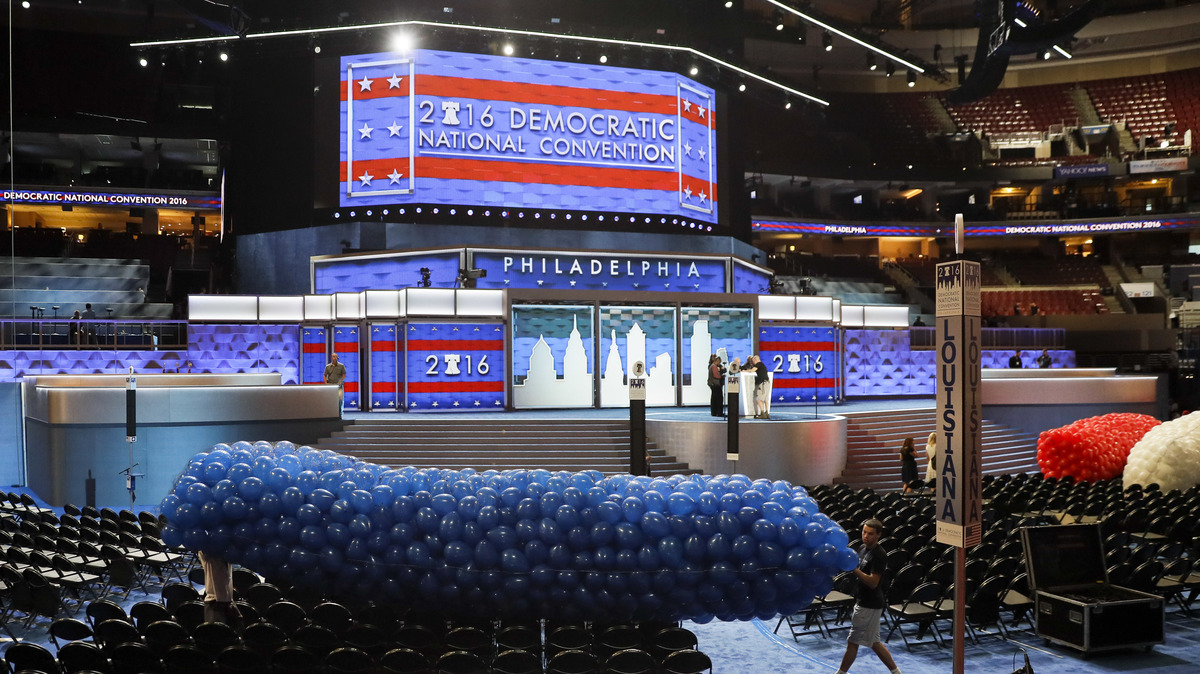 Workers prepare a mass of balloons for the 2016 Democratic National Convention in Philadelphia. Democrats plan to hold their 2020 convention unusually early, starting July 13, before the Summer Olympics.

Democrats don't know who they will nominate for president in 2020, and they don't know yet where their convention will be held.

But the Democratic National Committee has now set a date for its next presidential nominating convention: July 13-16, 2020.

That's earlier than when conventions have been held in recent presidential election years, when the political spectacles have been staged as late as September, in order to maximize voter attention.

The earlier timing of the party's official nominating convention allows the eventual presidential nominee access to campaign donations intended for the general election sooner. With a large field of primary candidates expected, party officials expect the nominee to have spent a large share of campaign funds in the primaries.

DNC officials stressed the early announcement of the date is part of a concerted effort to show the party will be a neutral arbiter during the 2020 primary. In 2016, emails hacked by Russian operatives and posted on Wikileaks showed that DNC employees favored Hillary Clinton over Bernie Sanders.

"The Democratic Party is committed to organizing everywhere, and holding the convention in mid-July allows us to continue our work doing exactly that," DNC chairman Tom Perez said in a statement announcing the convention dates.

Notably, the Democrats are holding their convention ahead of the 2020 Summer Olympics, being held in Tokyo, which raises the risk that any momentum the party's candidate generates during the week could be lost to the global sports spectacle that usually dominates the news and national conversation during its two-week run.

At least one Democratic candidate — Rep. John Delaney of Maryland — has officially announced a run at this point, and the party is expecting to see their largest field of candidates in decades, if not ever.

The DNC will soon begin examining potential convention sites. Milwaukee and Atlanta are likely candidates, among other cities. The party sent requests for proposals to those two locales, in addition to Denver, Houston, New York, San Francisco, Miami Beach and Birmingham, Ala.