Accessibility links
Paul Beaubrun Shares His Love For Haiti In Song: 'Our Message Is Still Strong' The Creole word ayibobo can mean blessings, among other definitions. For Haitian singer Paul Beaubrun, it's also the name of his latest album. 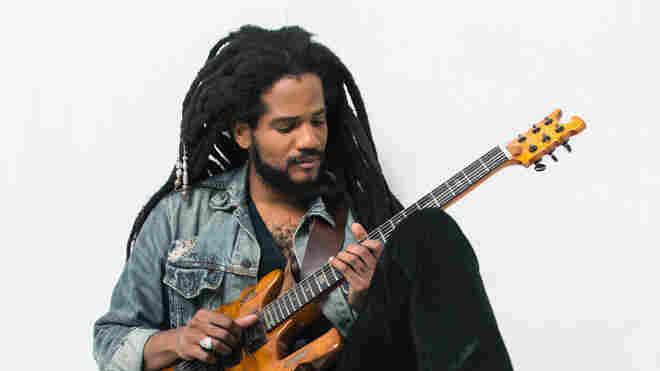 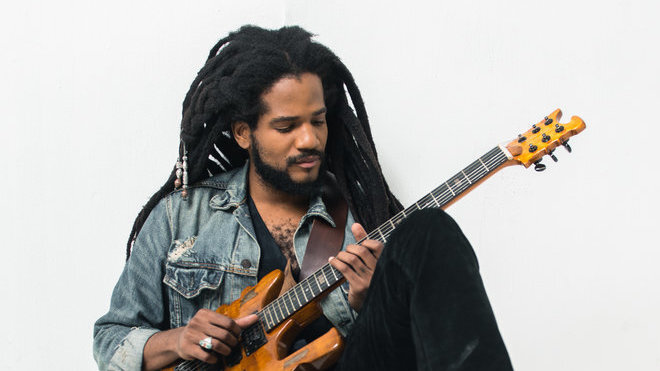 The Creole word ayibobo carries many meanings. It can mean blessings or welcome. It can describe something wise or something you like. For Haitian singer-songwriter Paul Beaubrun, it signifies strength and resilience of his country, which is why he chose it to be the title of his latest album.

Ayibobo's title track was written long ago when Beaubrun left a politically fractured Haiti to live with his aunt in New York at the age of 17.

"Ayibobo is like a blessing of, 'I'm still alive. And my family, we are here and our message is still strong,' " he says.

Beaubrun's father, Lolo Beaubrun, is one of the most recognizable musicians in Haiti. He leads the family musical collective Boukman Eksperyans, which also had to leave Haiti once because of its activism against the country's rulers. Like his father before him, Beaubrun intertwines political activism into his music and performances. His singles "Rise Up" and "Remember" invoke heartfelt patriotism. Earlier this year, Beaubrun performed some of the album's tracks in Times Square after President Trump allegedly made disparaging comments about Haitian immigrants.

"The music, when I sang that day, was about, 'No matter what anybody says, we know who we are. We know where we come from,' " he says. "We might be struggling right now, but our spirit is always going to be on fire."

Beaubrun spoke with NPR's Scott Simon about representing Haiti in song with Ayibobo, available now, and performed "Rise Up" live in-studio. Hear their conversation and the performance at the audio link.