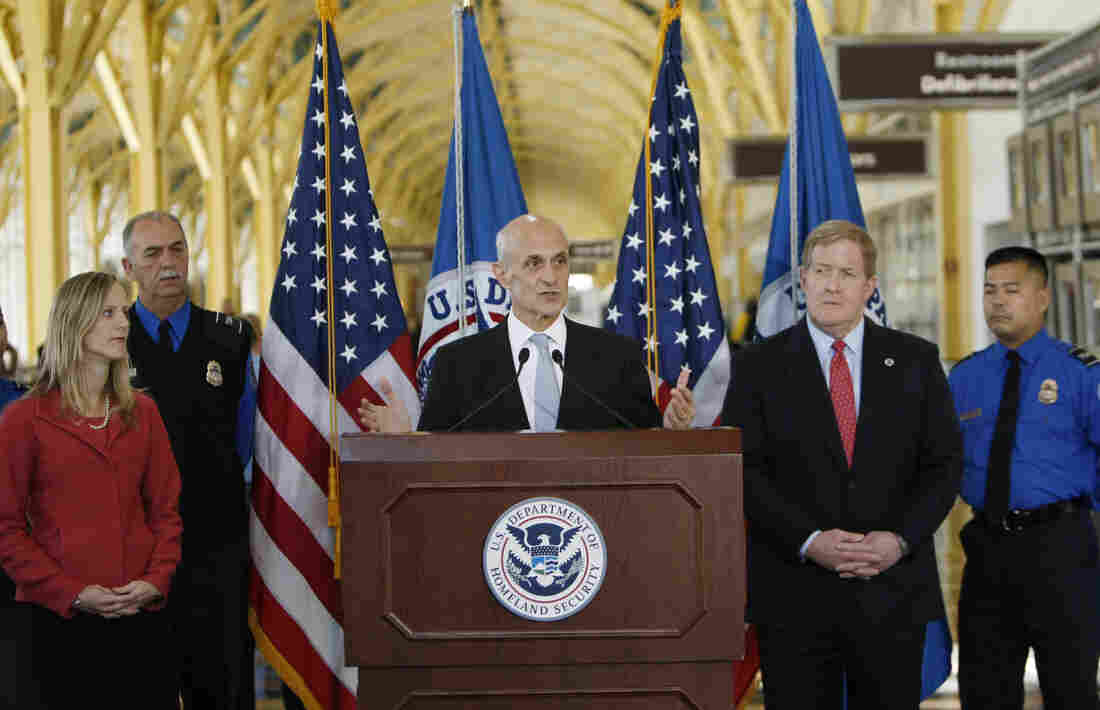 Kathy Kraninger, left, is seen in a 2008 photo, during her tenure the as Department of Homeland Security Deputy Assistant Secretary for Policy under Director Michael Chertoff, center. Gerald Herbert/AP hide caption 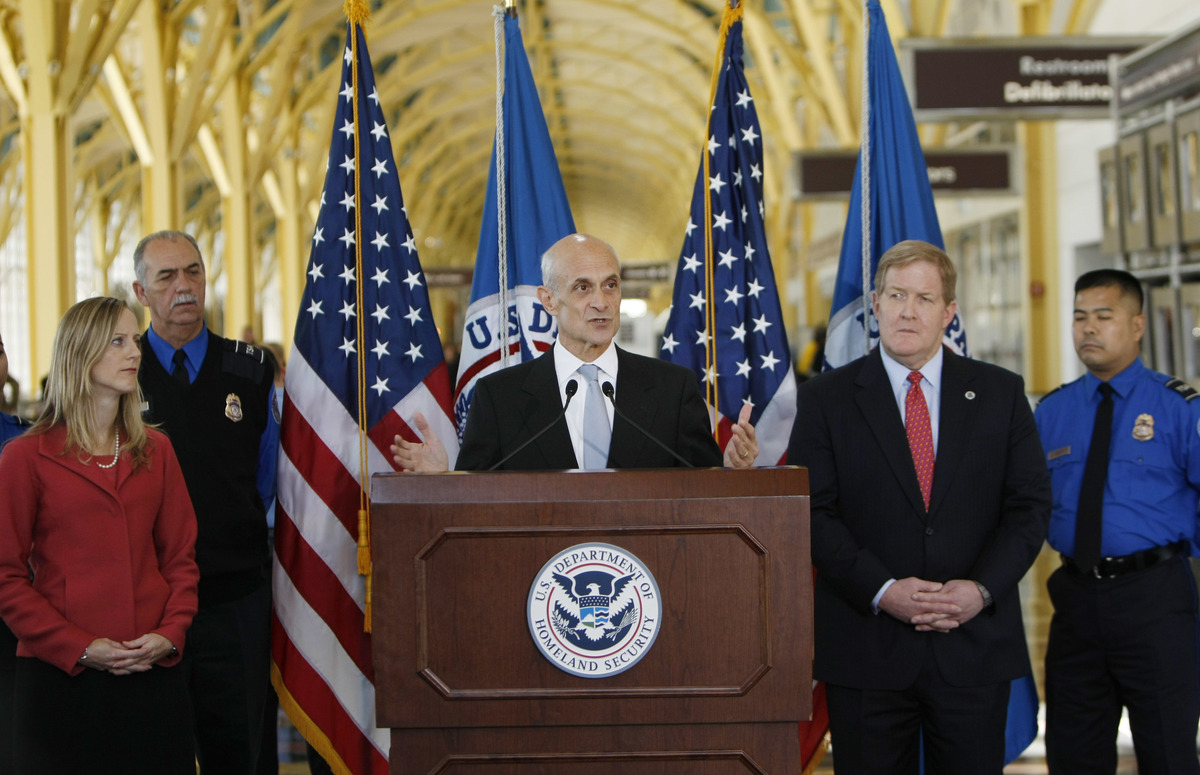 Kathy Kraninger, left, is seen in a 2008 photo, during her tenure the as Department of Homeland Security Deputy Assistant Secretary for Policy under Director Michael Chertoff, center.

The post is currently held by interim director Mick Mulvaney, who also leads the Office of Management and Budget, where Kraninger is an associate director.

According to the statement from White House spokeswoman Lindsay Walters:

"She will bring a fresh perspective and much-needed management experience to the BCFP, which has been plagued by excessive spending, dysfunctional operations, and politicized agendas. As a staunch supporter of free enterprise, she will continue the reforms of the Bureau initiated by Acting Director Mick Mulvaney, and ensure that consumers and markets are not harmed by fraudulent actors."

The CFPB was established by President Obama following the 2008 financial crisis to assure that banks comply with consumer protection laws. Obama appointed Richard Cordray to lead the organization; he resigned this past November to run for governor of Ohio. Cordray was praised by consumer advocates for going after banks for wrongdoing.

Mulvaney, however, is seen as actively undermining the bureau's consumer protection role. While in Congress, Mulvaney sponsored legislation to dismantle the CFPB. And as NPR's Chris Arnold reported in February:

"Within weeks of coming on board, Mulvaney has worked to make the watchdog agency less aggressive. Under his leadership, the CFPB delayed a new payday lending regulation from going into effect and dropped an investigation into one payday lender that contributed to Mulvaney's campaign. In another move that particularly upset some staffers, the new boss also dropped a lawsuit against an alleged online loan shark called Golden Valley Lending. The suit says the lender illegally charges people up to 950 percent interest rates. It took CFPB staffers years to build the case."

Earlier this month, Mulvaney fired the bureau's consumer advisory council, which also drew criticism. Board chair Ann Badour said, "Firing the current CAB members is another move indicating Acting Director Mick Mulvaney is only interested in obtaining views from his inner circle, and has no interest in hearing the perspectives of those who work with struggling American families."

Kraninger's qualifications for the post have been challenged because she lacks experience in financial services and consumer issues. Prior to her post at the OMB, Kraninger worked for the Department of Homeland Security and the Senate Appropriations Committee.

Her nomination faces Senate approval. Spokesman Walters says the president "hopes that she will be promptly confirmed."