Accessibility links
17 Die After Tear Gas Leads To Stampede In Caracas Nightclub The country's interior minister said someone set off a tear gas canister after a fight broke out inside the nightclub, where more than 500 people were gathered for a graduation celebration.

17 Die After Tear Gas Leads To Stampede In Caracas Nightclub

17 Die After Tear Gas Leads To Stampede In Caracas Nightclub 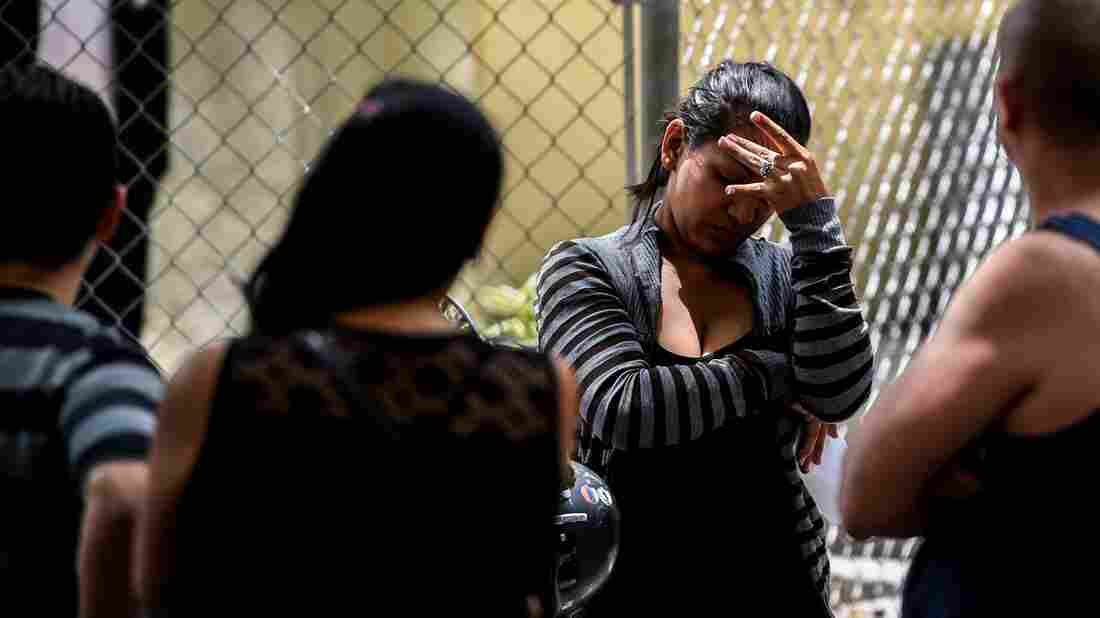 A relative of one of the victims of the nightclub waits outside the morgue in Caracas on Saturday. Federico Parra/AFP/Getty Images hide caption 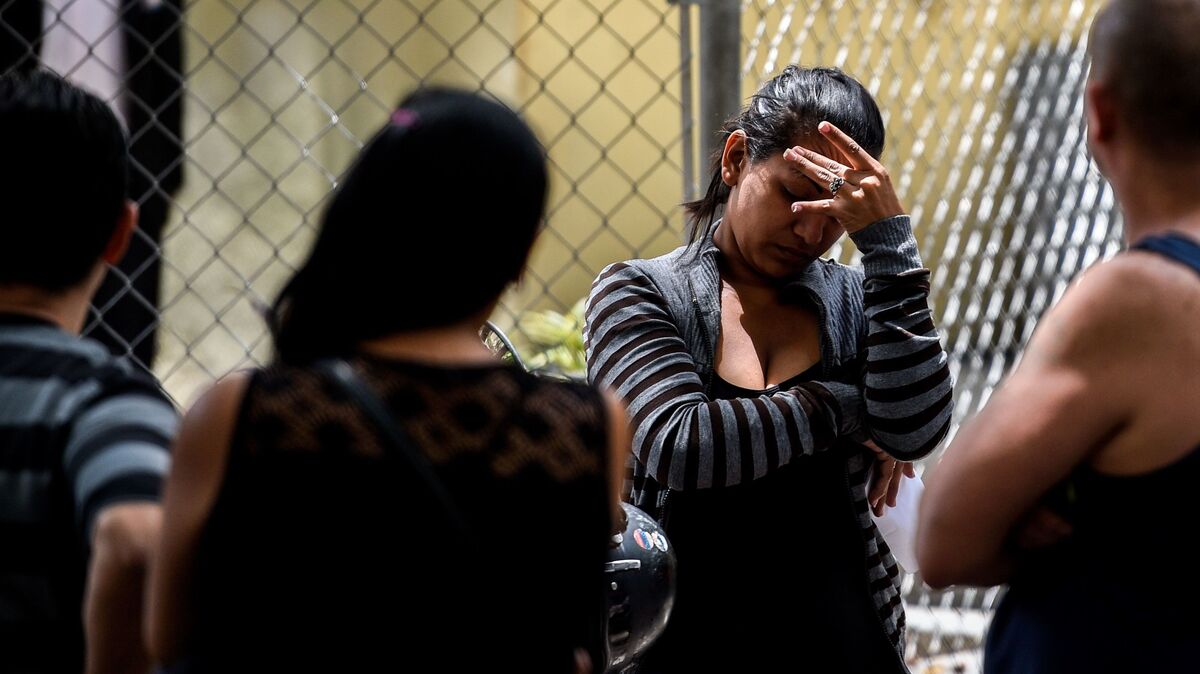 A relative of one of the victims of the nightclub waits outside the morgue in Caracas on Saturday.

At least 17 people died in a stampede at a nightclub in Caracas, Venezuela early Saturday morning, Venezuela's interior minister said.

More than 500 young people were inside the club when a tear gas canister went off, Interior Minister Nestor Reverol said on Twitter.

He said eight minors were among the dead and at least five people were injured, three of whom were minors.

A fight broke out in the club, which was full of people celebrating school graduations, and then someone set off the tear gas which triggered the stampede, Reverol reportedly told state television.

Reverol said at least seven people had been detained in connection with the incident, including the club's owner.

Opinion: What The World Needs To Do After Venezuela's Vote

The stampede took place at a club known as "Los Cotorros" in the El Paraiso neighborhood of the country's capital, Caracas.

"There's usually little night life in Caracas, due to the sky-high crime rate, and because of the severe impact of Venezuela's economic meltdown," NPR's Philip Reeves says.

Julio Cesar Perdomo, the father of one partygoer, said the tear gas canister came from inside a bathroom and the club's door was closed when people tried to leave.

Perdomo told The Associated Press that "the kids couldn't leave."

Keeping emergency exits blocked or not building them "is common in Latin America," The New York Times says, as a way to prevent people from leaving without paying a bill.

"The establishment has been ordered closed, and we are investigating in coordination with the public ministry, which is directing the criminal investigation," the AP reported that Reverol said.

Hundreds of thousands of people have left Venezuela in the past few years due to an ongoing economic crisis and shortages of basic supplies.

Crime rates have gone up as well. Caracas is one of the world's most violent capitals. The monitoring group the Venezuelan Observatory of Violence estimated a national violent death rate of 89 per 100,000 people in 2017, which would mean about 26,616 people were killed in the country last year.