Accessibility links
Rescue Ships Holding More Than 600 Migrants Reach Spain A convoy of rescue ships docked in Spain Sunday, after more than 600 migrants — including children and pregnant women — were turned away by Italy and Malta. 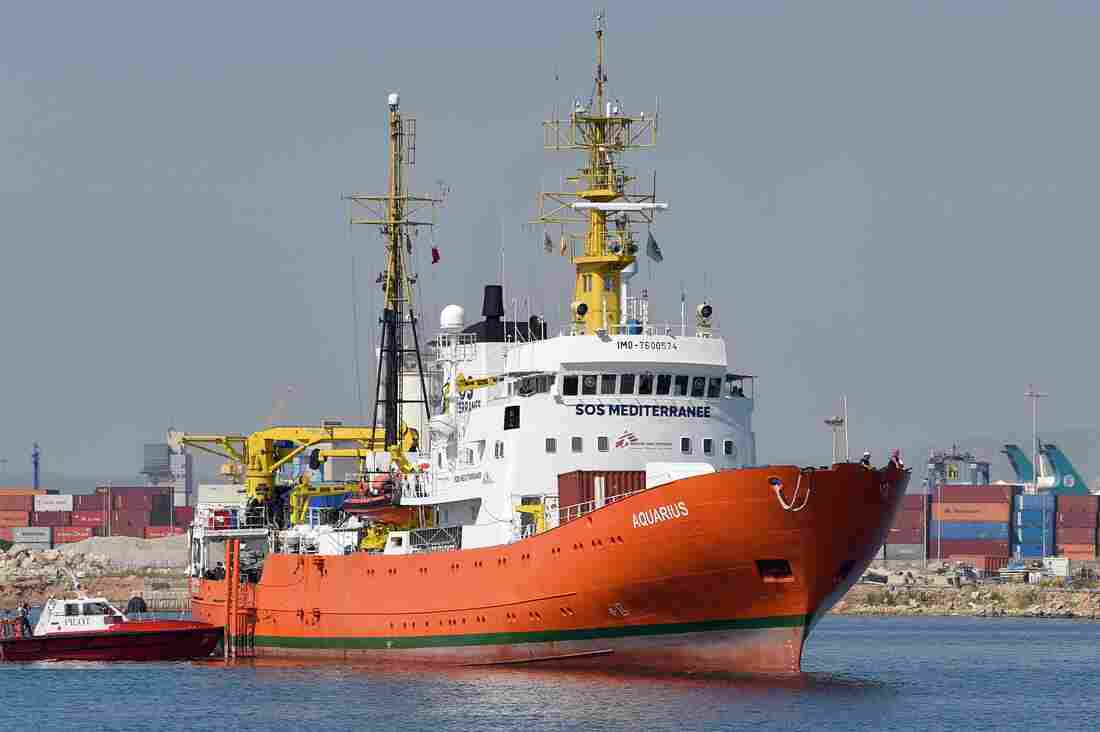 The Aquarius rescue ship enters the port of Valencia on Sunday. The 630 migrants whose rescue sparked a major migration row in Europe began disembarking in Spain after a turbulent week that saw Italy turn away the Aquarius ship. Jose Jordan/AFP/Getty Images hide caption 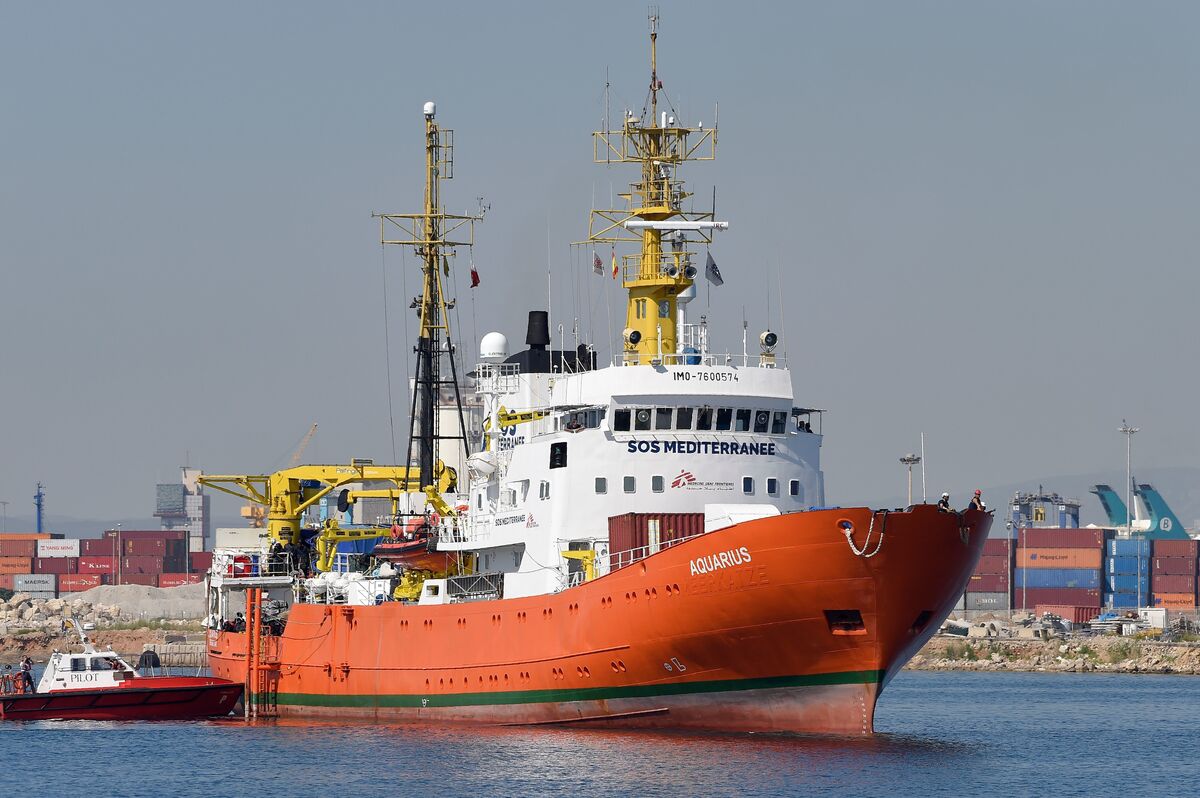 The Aquarius rescue ship enters the port of Valencia on Sunday. The 630 migrants whose rescue sparked a major migration row in Europe began disembarking in Spain after a turbulent week that saw Italy turn away the Aquarius ship.

After spending seven days at sea, 630 migrants arrived at the Spanish port of Valencia Sunday morning.

Their arrival marked an end to a more than 800-mile journey that began off the coast of Libya where the migrants were rescued by the ship Aquarius.

Upon arrival in Valencia, migrants were given preliminary health checks and then began to disembark as Spanish authorities started working on collecting details on their identities. The first migrant to complete the process was a 29-year-old man from South Sudan, according to the Associated Press.

Those rescued by the ship became the latest tokens in Europe's deepening immigration debate when Italy refused to accept the migrants, followed by Malta taking the same actions.

Spain announced Monday it would take those who had been rescued, with Prime Minister Pedro Sánchez saying the country needed to help avoid a "human catastrophe." But as NPR previously reported, the aid workers on the Aquarius said the boat exceeded maximum capacity and did not have enough provisions to make the journey.

Both Italy and Malta agreed to provide food and other supplies to the ships, and with the help of two Italian Navy ships, the migrants began their journey.

After the Aquarius docked, aid workers cheered as migrants walked off the ship, the Associated Press reports. While there is a sense of relief for those who were rescued by the ships, David Noguera, head of Doctors Without Borders in Spain, said he's worried that other European nations will close themselves off to future rescued migrants.

"I have mixed feelings," he told The Associated Press on Sunday. "I am happy that the journey (for the Aquarius migrants) is over — a journey that was too long — and I am worried for the situation in the Mediterranean and the closing of European ports." 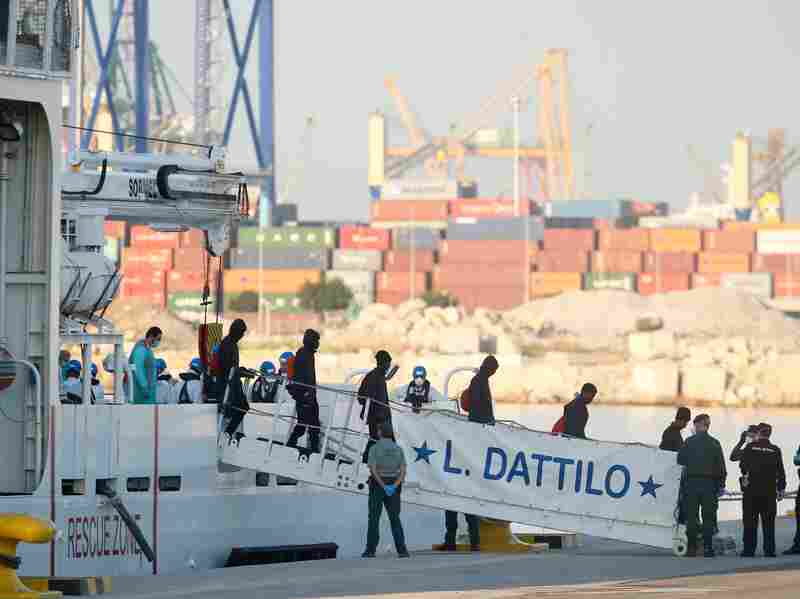 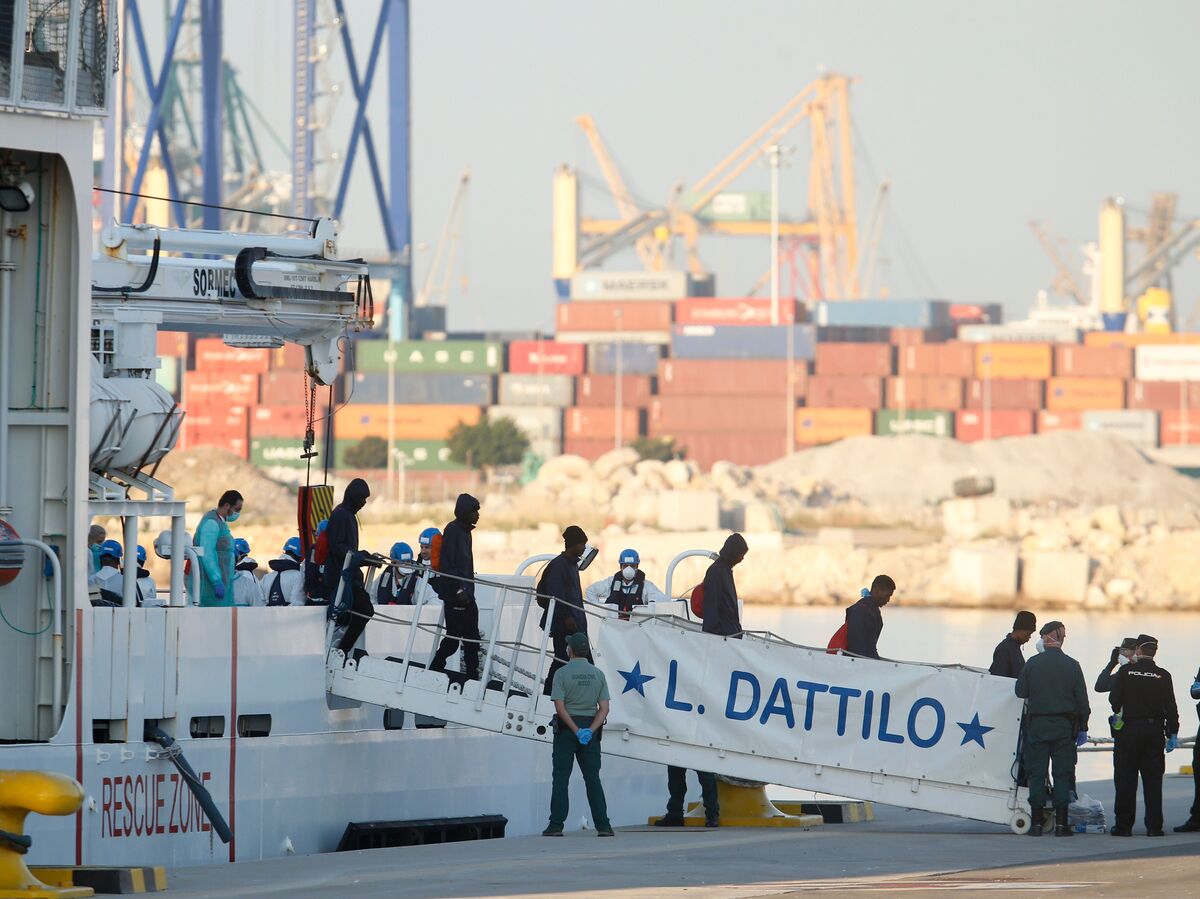 Migrants disembark from Italian coast guard boat the Dattilo at the port of Valencia on Sunday.

Noguera said more needs to be done to find better solutions for the migrant and refugee issues that European countries are facing.

"We celebrate that rescued people are finally in a safe place, where they will be assisted with dignity," he said. "But now we must collectively reflect on the reasons for people fleeing across the Mediterranean. We need fairer, more humane solutions."

The current asylum laws for the European Union require a migrant to apply for asylum in the country where they first enter Europe, but the flow of migrants coming to Europe is not always constant or evenly distributed. This has resulted in some countries, including Italy and Greece having many more people arrive at their borders.

The countries of the E.U. have not come to a conclusive agreement on what should be done about the increasing number of migrants and refugees coming into Europe. Country leaders are expected to discuss the policies surrounding the issue at their European Council meeting June 28-29.